I meant to write a First Impression post a month ago, but I never got the chance to do it because of work (which has been taking a toll on me a lot the past year). However, I continued with the drama and finally finished last week!! Overall, I really liked it a lot more than I anticipated; and the reason why is because it’s far from being like your usual bubbly and cutesy idol drama!

Qiao Jing Jing and Yu Tu are high school classmates. While Yu Tu was popular with his good looks and grades, he never cared about the attention he got from his classmates around him. However, to Qiao Jing Jing, Yu Tu was her male god and she was very fond of him. In order to get his attention, she tries various ways to connect with him. But it failed to catch his attention. When she finally confesses to him, Yu Tu calmly rejects her, and the two eventually go their separate ways.

Years later, they reunite when Qiao Jing Jing requests Yu Tu to be her coach for a mobile game that she is endorsing. Yu Tu accepts and the two end up spending more and more time together. The more he is around her, the more Yu Tu starts to fall in love with her… 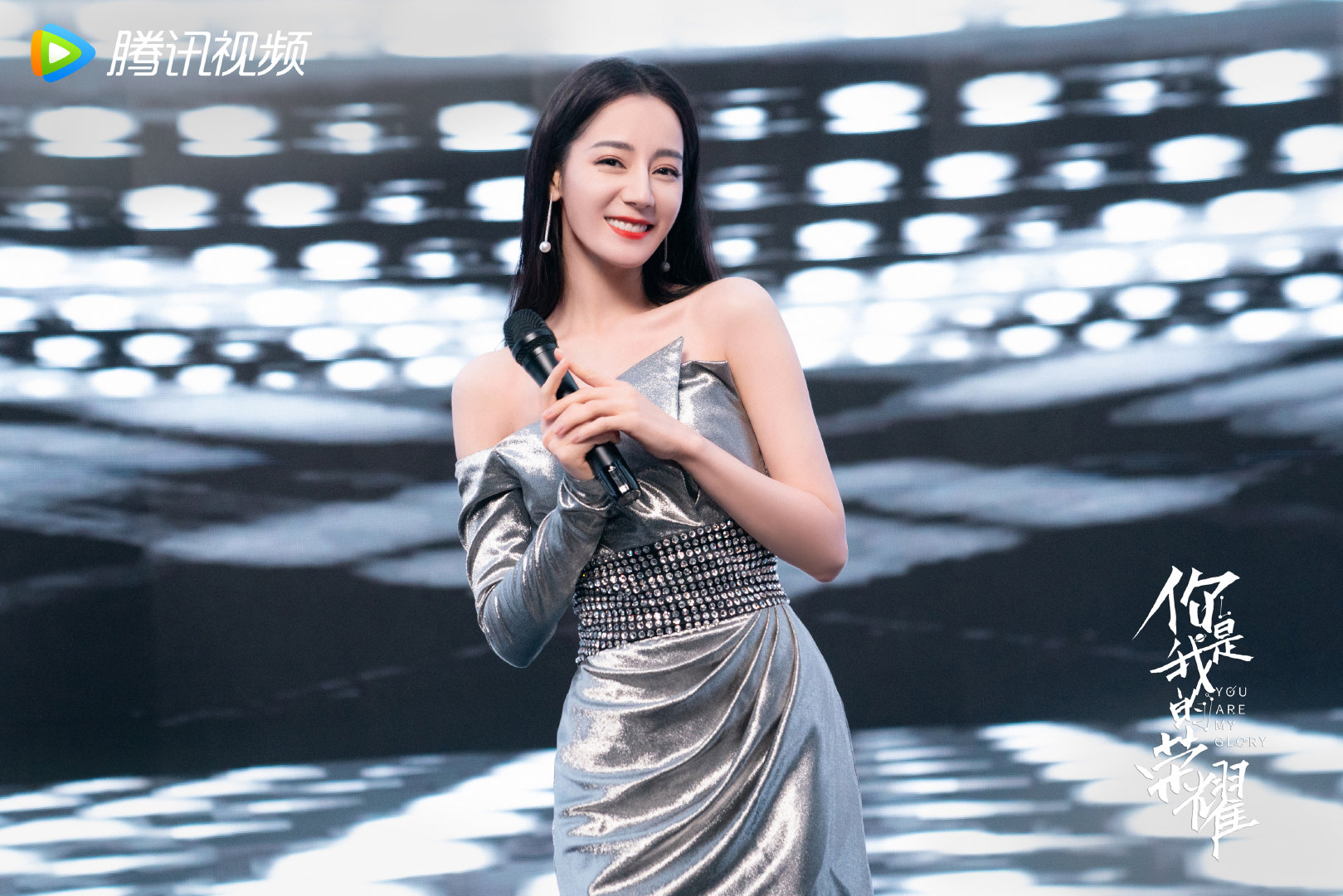 Qiao Jing Jing (乔晶晶), Dilireba Dilmurat
An A-list celebrity. She is beautiful and hardworking. Once she sets her mind on something, she will never give up until she achieves it. She has had a crush on Yu Tu since their days in high school. 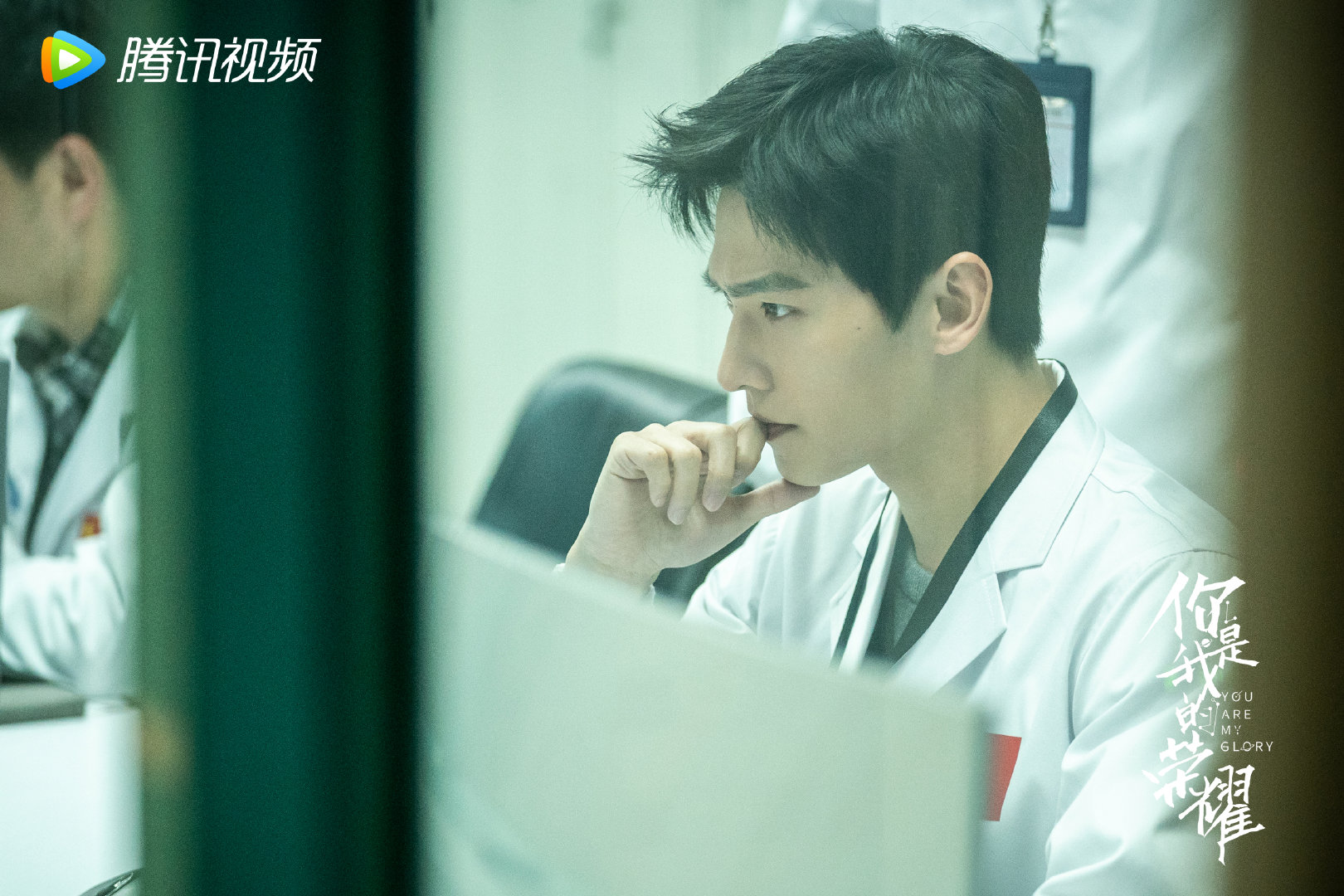 Yu Tu (于途), Yang Yang
An aerospace engineer. He and Qiao Jing Jing were classmates in high school. He is a quiet and reserved man of few words. However, he is extremely passionate about aerospace and astronomy. 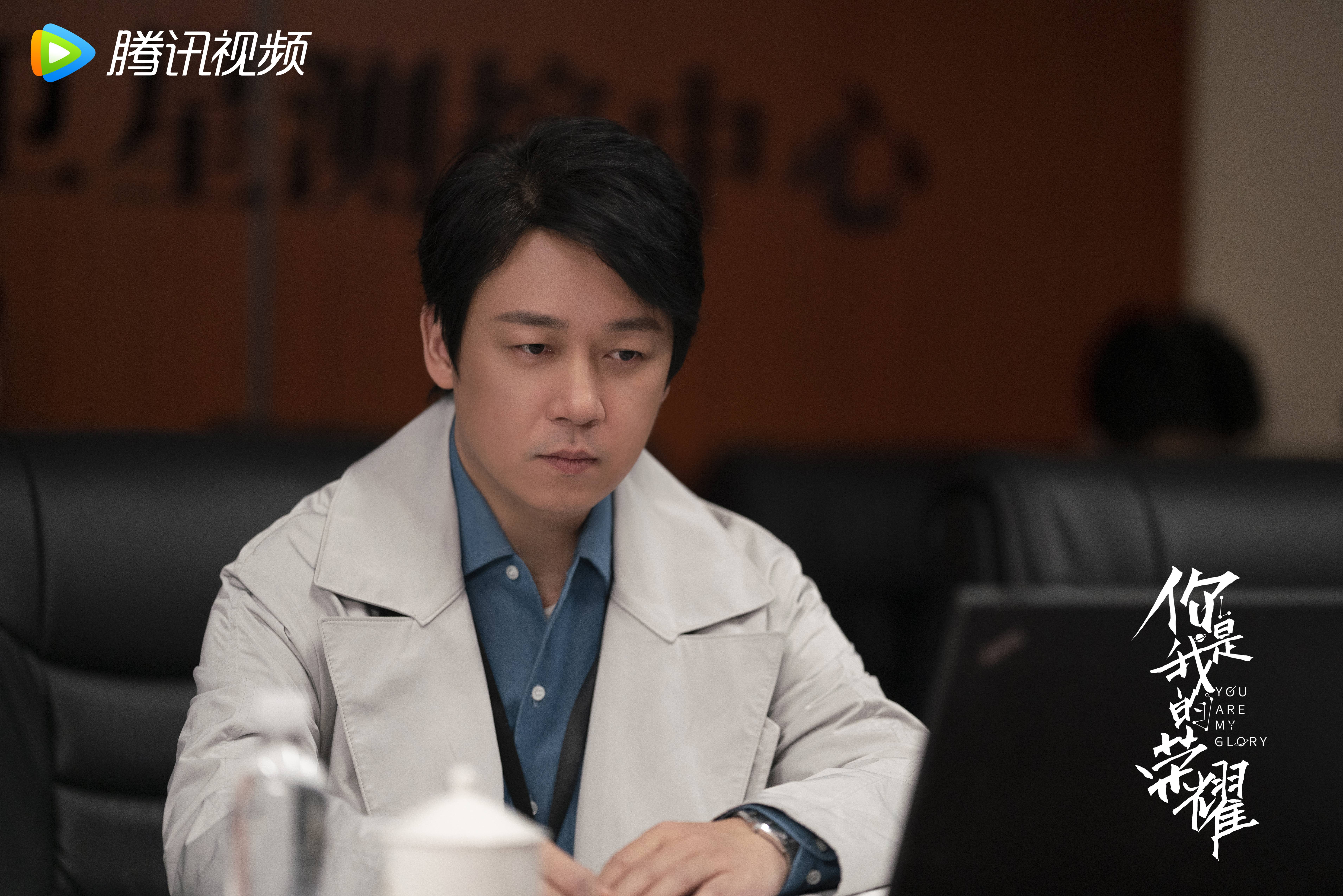 Guan Zai (关在), Pan Yue Ming
Yu Tu’s senior coworker. He is a kind and hardworking man who is dedicated to his job. However, his work has forced him to neglect his family and causes his health to deteriorate. 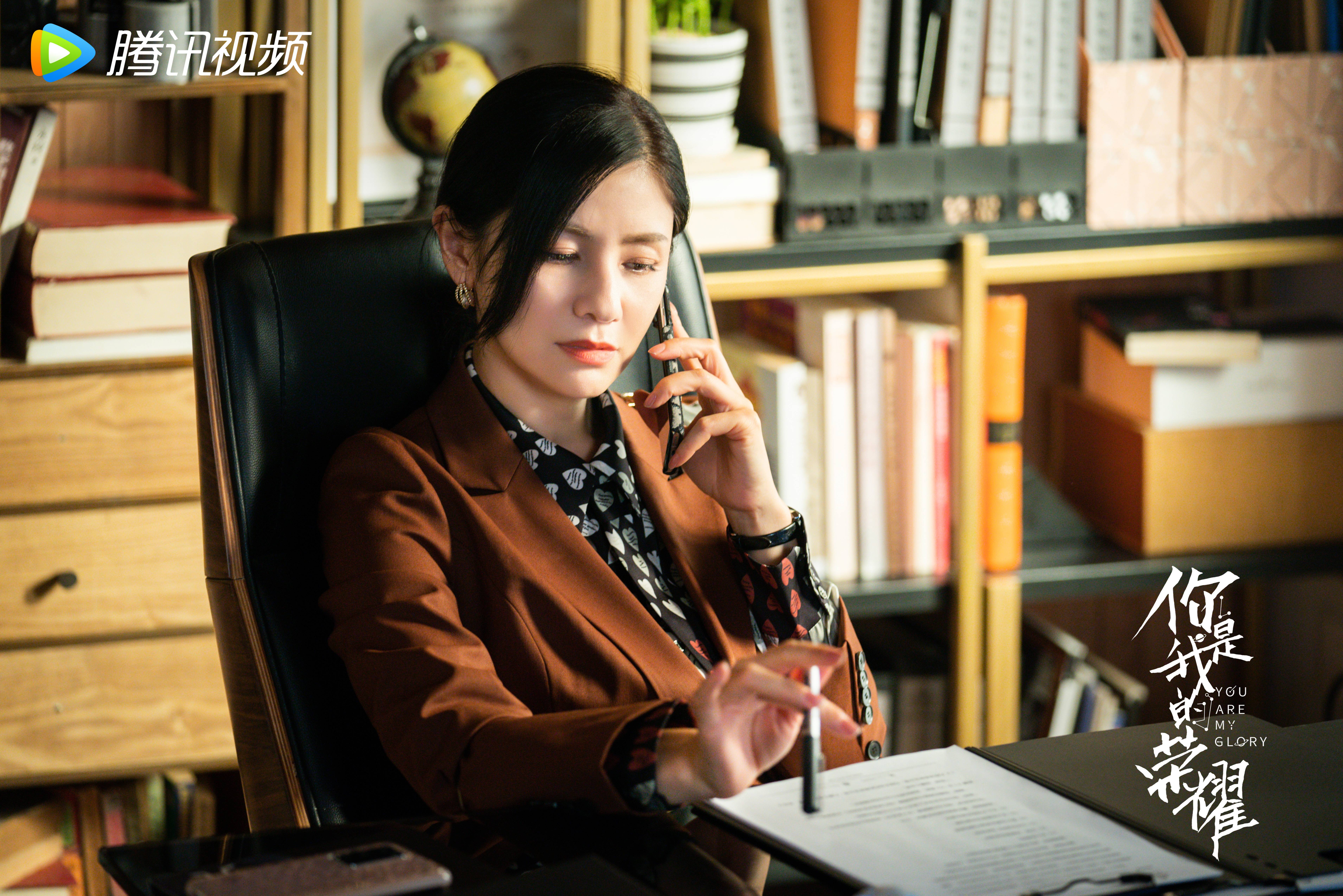 Sister Ling (玲姐), Hu Ke [Not sure why they never revealed her real name]
Qiao Jing Jing’s manager. She is an intelligent and warmhearted woman. She treats Qiao Jing Jing and her employees as family. 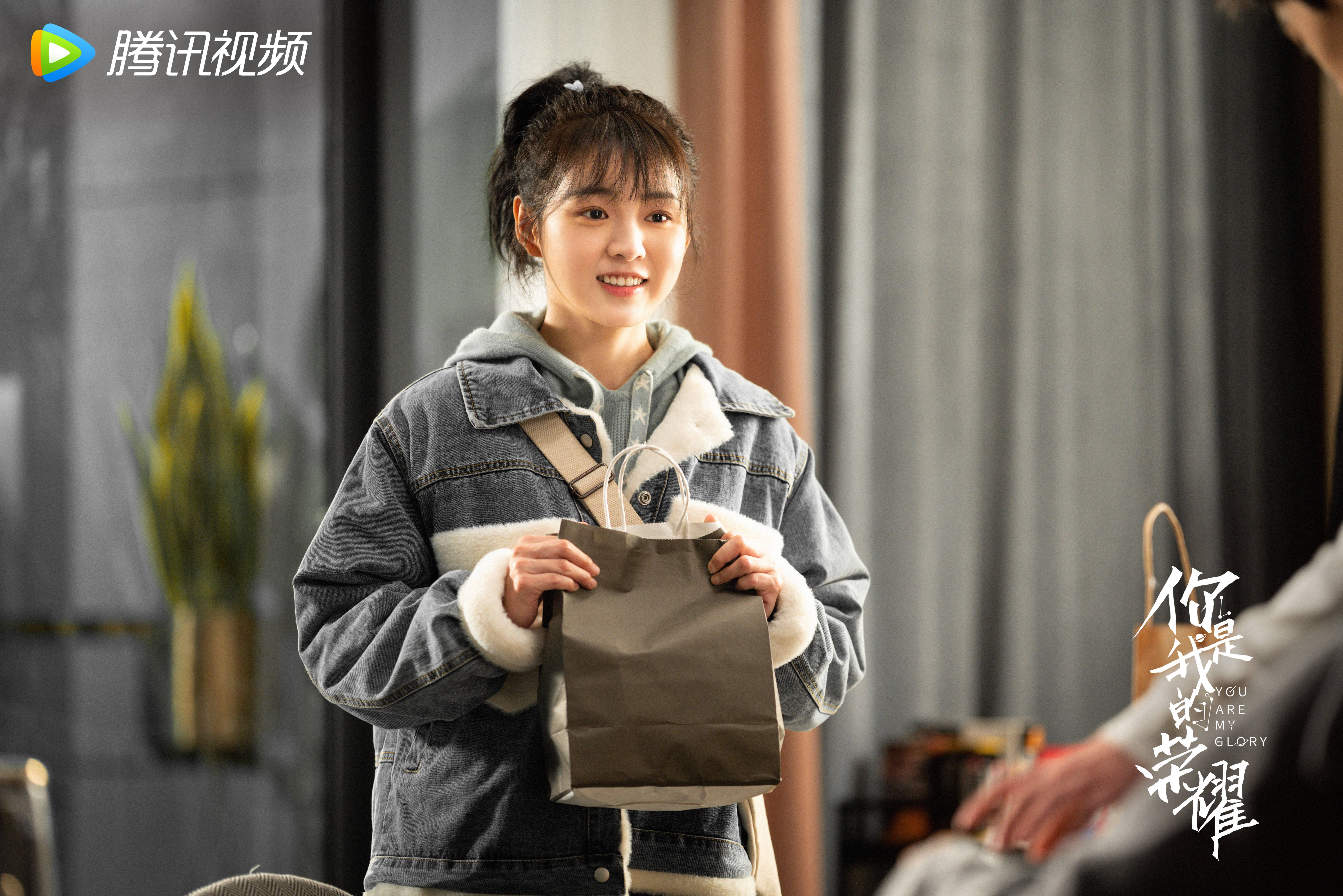 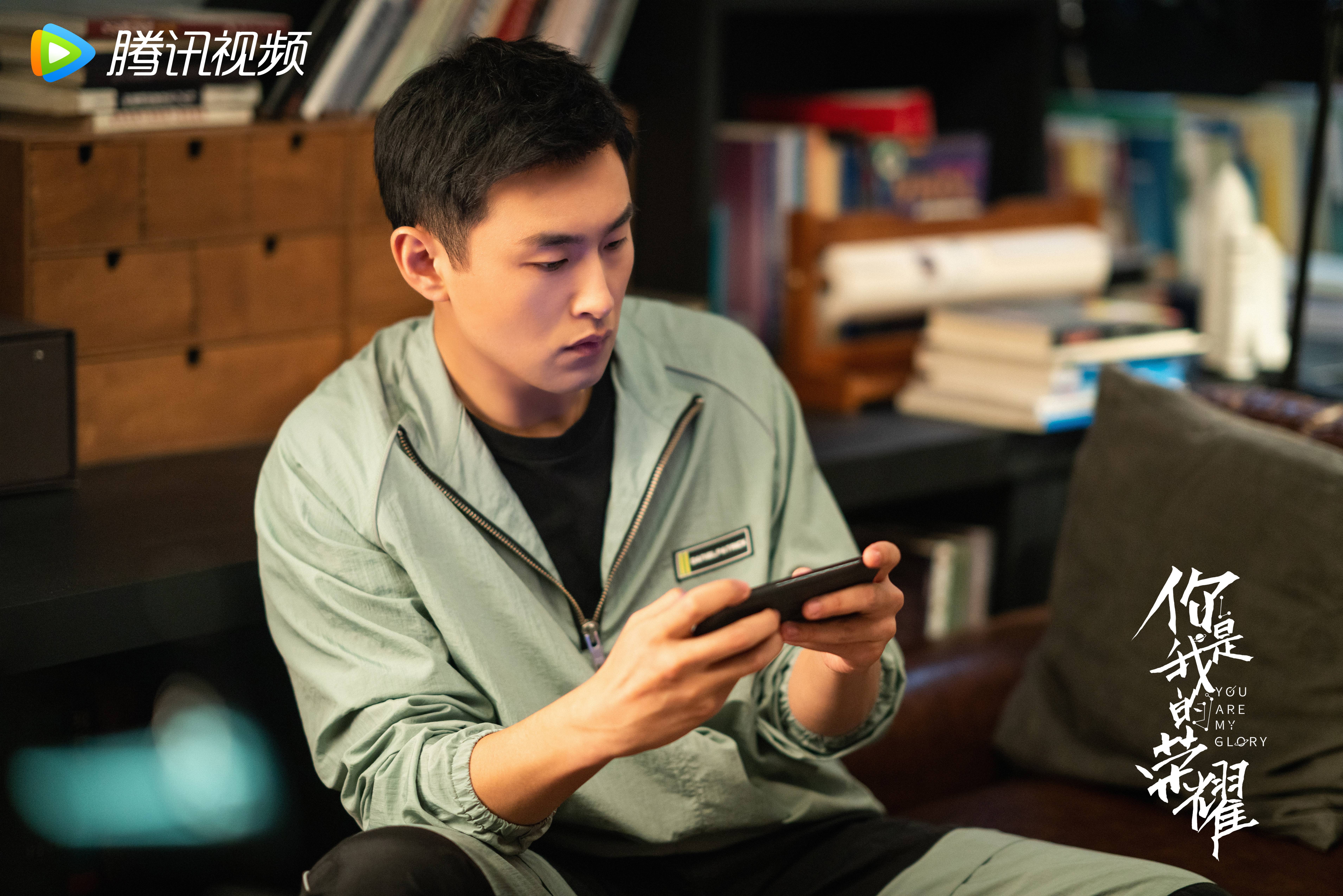 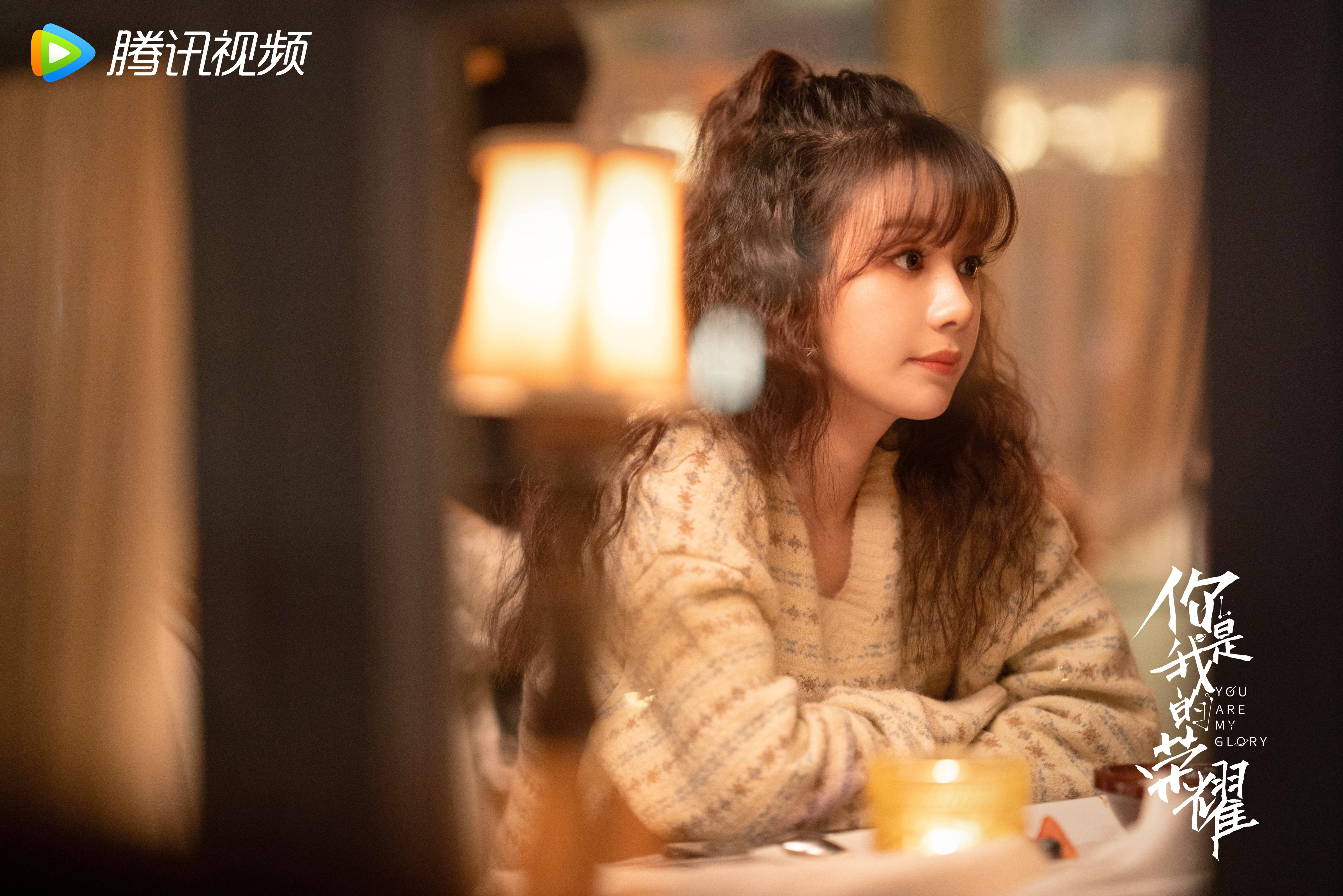 Pei Pei (佩佩), Zheng He Hui Zi
A classmate of Qiao Jing Jing and Yu Tu. She is Qiao Jing Jing’s best friend and always covers for her whenever people start to spread rumors about her. 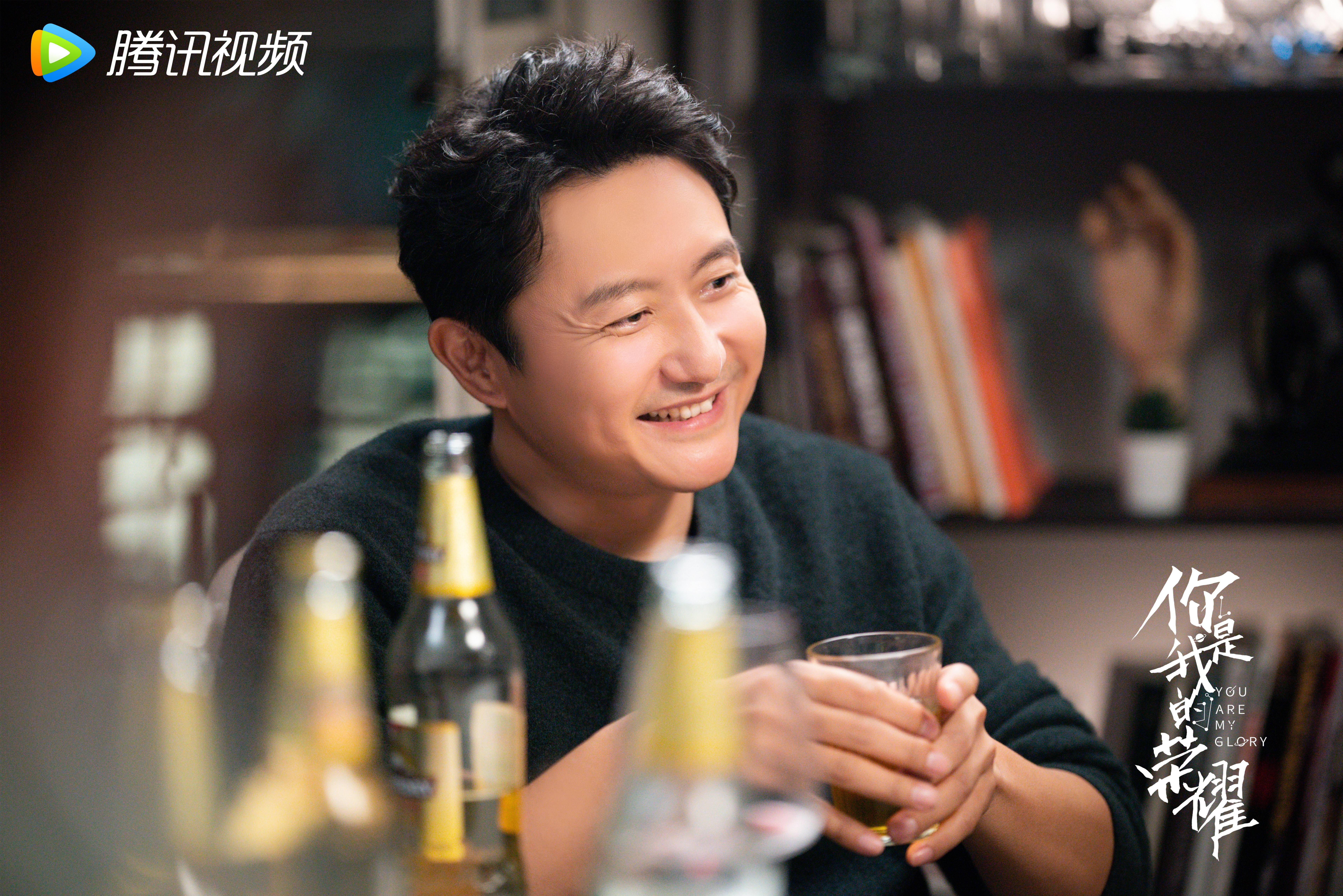 A Guo (阿国), Tu Song Yan
Ling Jie’s husband. He is Qiao Jing Jing’s first coach to teach her how to play the mobile game, but his teaching style conflicts with her learning style. 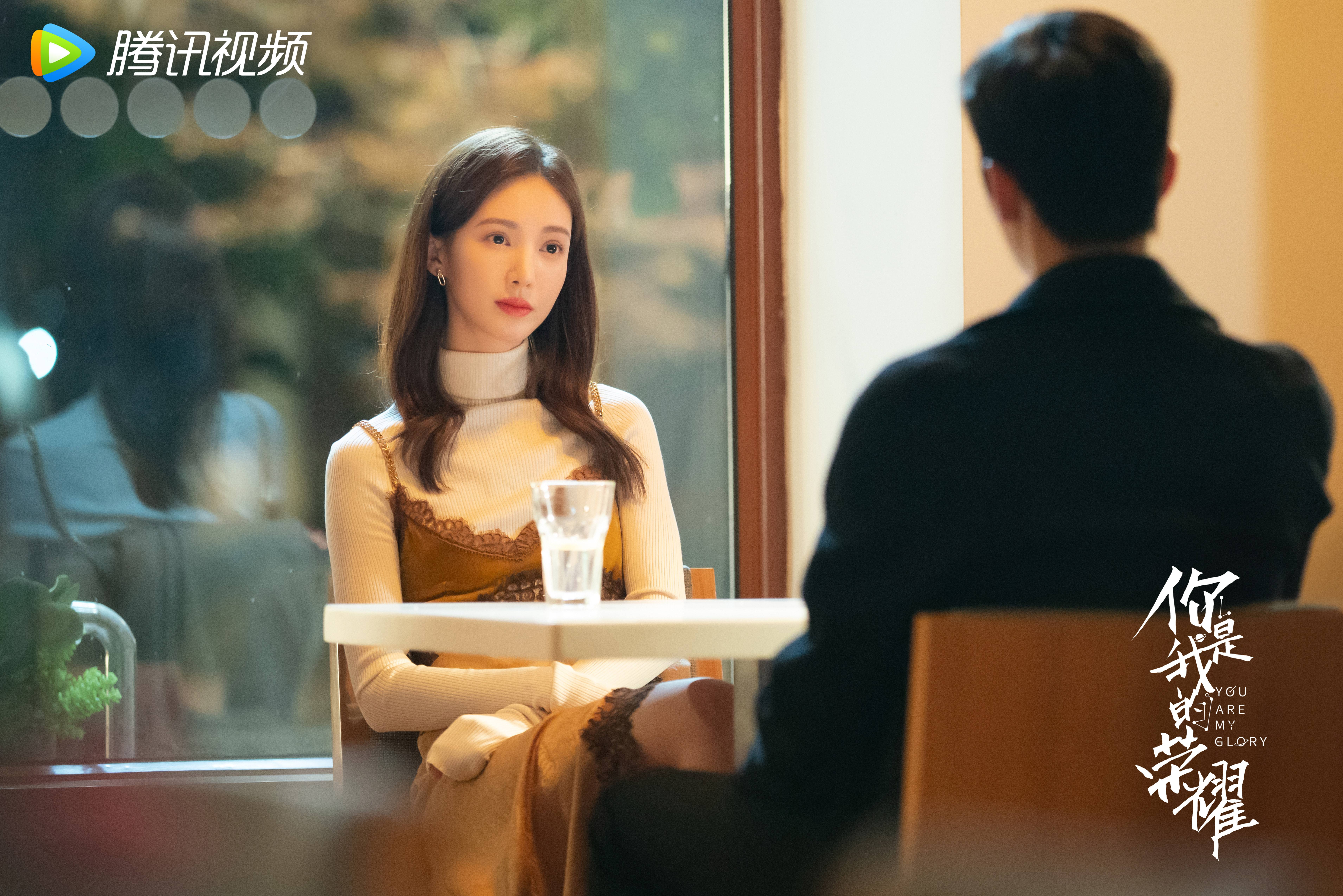 Xia Qing (夏晴), Jin Chen
A former high school classmate of Yu Tu and Qiao Jing Jing. She and Yu Tu went to the same university and dated, but she broke up with him because she felt Yu Tu’s choice in career would not be stable for their future together. 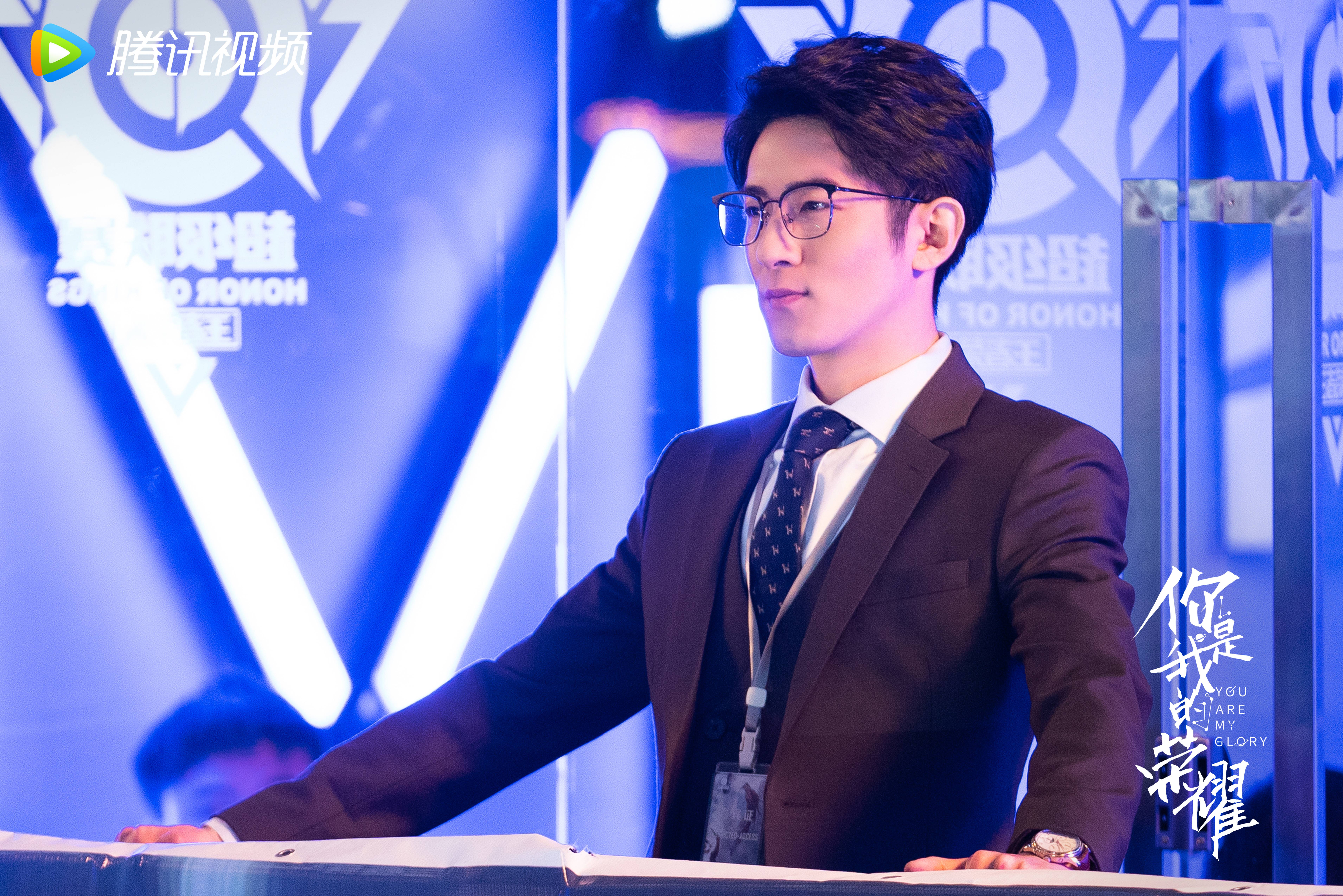 Before starting this drama, I was very, very hesitant. I was never a fan of Love 020 with Yang Yang and Zheng Shuang because it was toooooo much fluffy and cheesy romance for me. And knowing that this drama is adapted from a novel that is written by the same author of that drama, I definitely had my reservations. HOWEVER… I was completely surprised that the drama had a much more mature and grownup vibe to it. And my favorite parts about the drama is that both the main characters are two adults who are trying to work hard to be successful in their respective careers. This made me feel soooo relatable to them both as I watched the ups and downs of what they were facing both professionally and socially. Because of this, I was completely reeled in and any hesitation that I initially held towards the drama completely vanished. 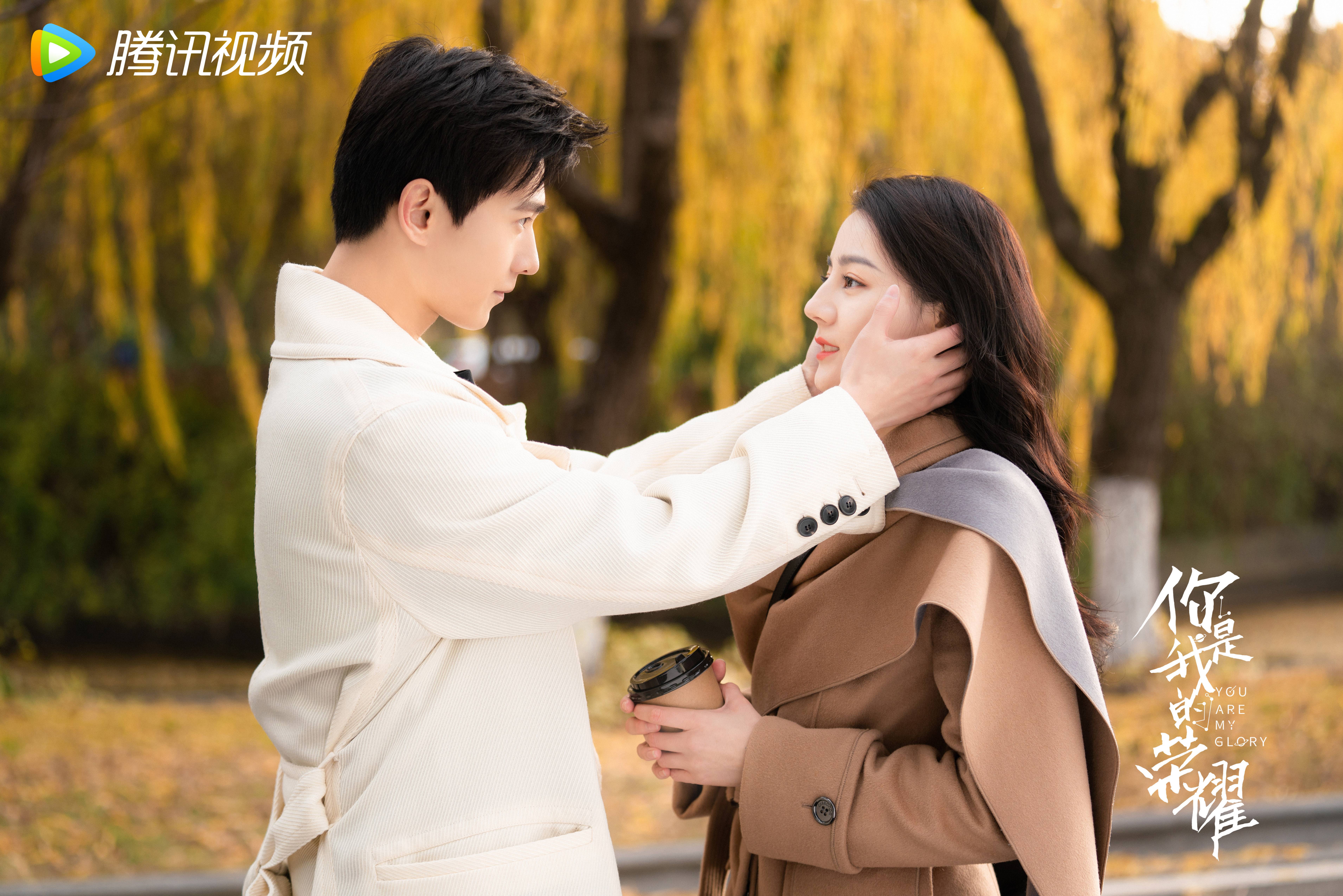 Before I talk about what I liked about the drama—let me just give you all a quick recap of what this drama is about. Our female and male lead were high school classmates back in the day. Yu Tu was your typical male god of the school—good looks, good grades, and from a humble family. Qiao Jing Jing, on the other hand, is your average girl who crushes hard on the male lead. However, as fate would have it, Yu Tu rejects Qiao Jing Jing’s confession and the two eventually separate as they move onto their university years. Qiao Jing Jing becomes a popular celebrity and is considered by her classmates as the most successful one out of everyone who graduated from their high school. Yu Tu, on the other hand, is an aerospace engineer. While he is intelligent and considered a genius in his field, he begins to face setbacks in his career that forces him to consider giving up his dream. This is when he bumps into Qiao Jing Jing, who initiates contact with him, and he becomes her coach for a mobile game that she is currently endorsing. As the two spend more and more time together, they reminisce about their past as high school students and begin to fall in love with each other. 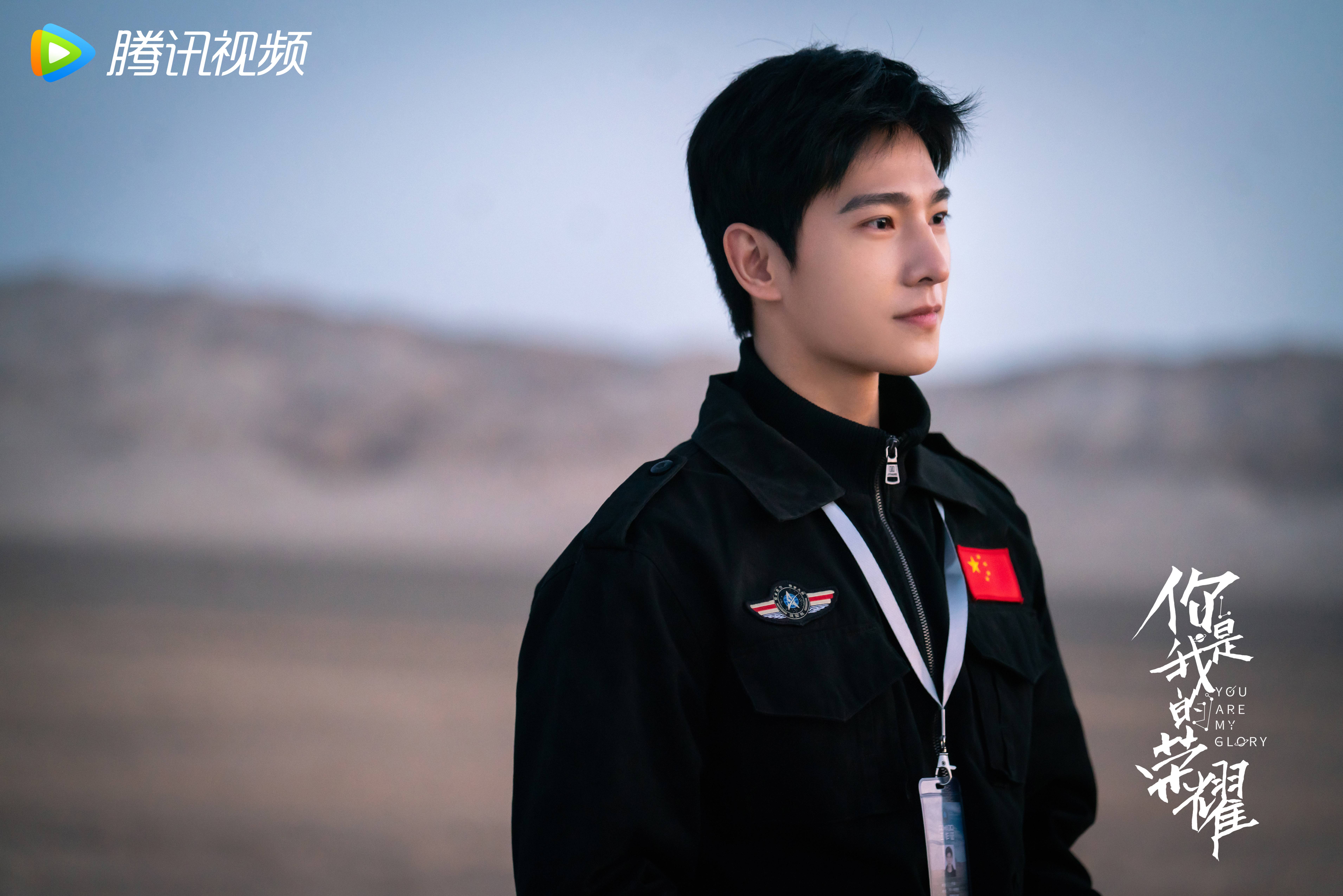 To be honest, I was really drawn more towards Yu Tu than Qiao Jing Jing in the drama. But it wasn’t because of his good looks or handsomeness. It was because I felt very sympathetic and even relatable towards his character. Yu Tu, at the beginning, is an aerospace engineer. His career begins to go downhill when a project that he’s worked on for years isn’t able to get funding, which effectively means he and his group cannot move forward with anything. Losing motivation and hope, Yu Tu begins to start doubting himself and think about getting a more stable job. Although he is passionate about space and working as an aerospace engineer, he knows the job is extremely demanding and isn’t stable and doesn’t provide the best salary. In the first few episodes, it’s really sad seeing Yu Tu go through these conflicting feelings of hopelessness and doubt. As a person who is near in age to the character, I completely understand his feelings because I feel that many, many people around the same age is also feeling the same way. There is a certain point during this particular time in age where we start to rethink about our dreams and how realistic it is to follow through with them. When we were younger, it was easy to be energetic and full of life because that is when we’re starting out and beginning to build our future. However, the older we get, the more we lose that side of ourselves and succumb to the harsh reality of compromising and settling. We eventually have to deal with the reality that if we want to settle down, take care of a family, and move forward with our lives, we have to make sacrifices. And very often, these sacrifices are the very dreams and passion that we once had that fueled our energy and motivation to be successful. But, luckily for Yu Tu, he meets Qiao Jing Jing who reignites the spark in his life and helps him overcome his insecurities and doubts. Being with Qiao Jing Jing, Yu Tu regains the confidence to move forward and once again latches onto his dreams regardless of whatever challenges come his way. 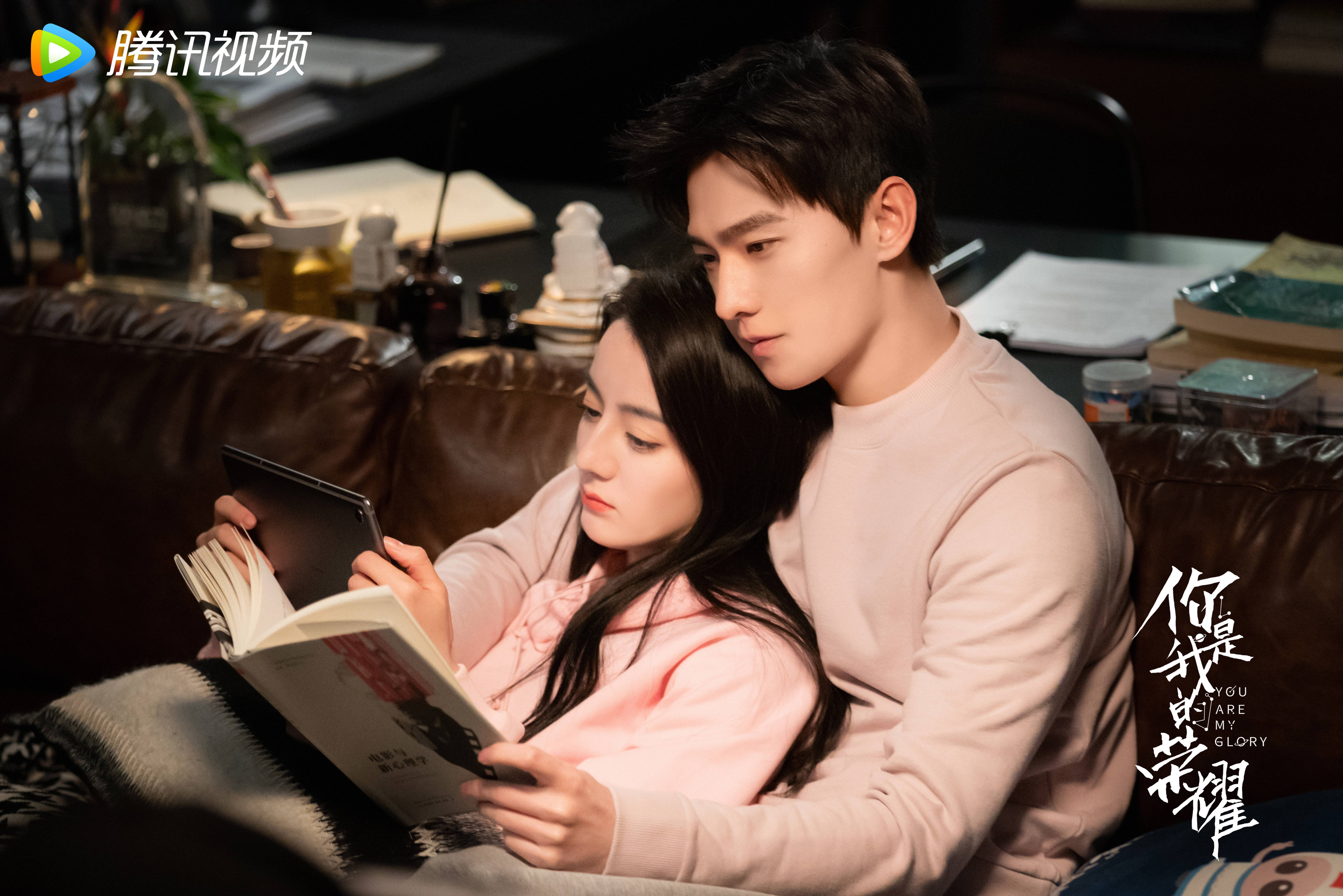 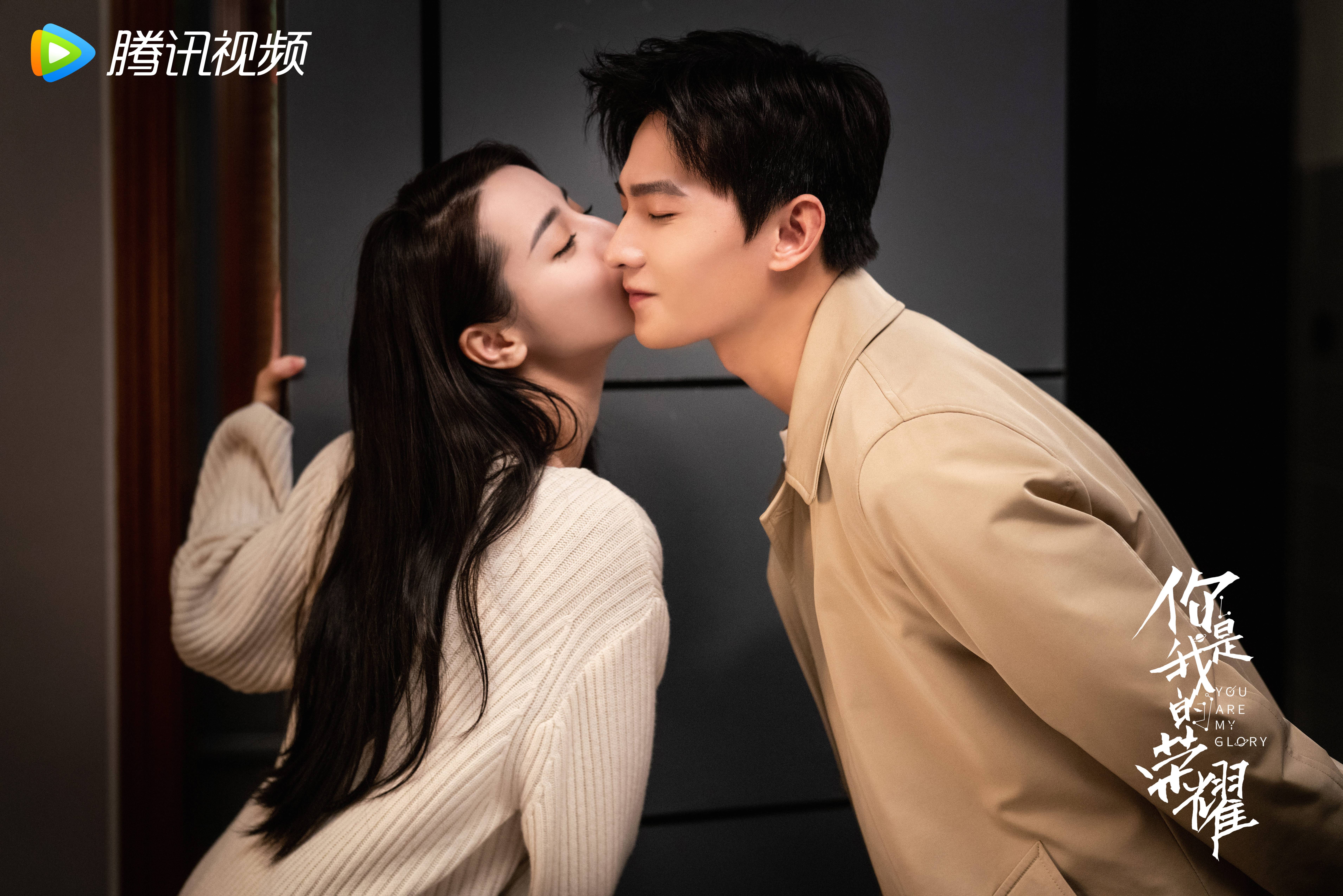 I really liked the dynamics between Qiao Jing Jing and Yu Tu’s relationship. At the beginning, I felt sad that Yu Tu was hesitant to be together with her, but I understand why. It’s because he felt insecure. Not because he isn’t on the same level in terms of social class as Qiao Jing Jing, but because he felt he didn’t match her due to where he currently is in life at that moment. However, once Yu Tu overcomes this, he latches onto every opportunity he can to chase after her and show her his love. And the moment they start dating, it is full of fluffy and cheesy moments. BUT it’s not too much, and I can overlook it given that they are both good and mature about treating each other. I think this is something very important to take note of because of how demanding both of their jobs are. Qiao Jing Jing’s occupation as a celebrity is already a given that she’s constantly on the go and super busy. At the beginning, we already see that she is a highly demanded celebrity, and she has no intentions of stopping her career any time soon. Later on, once Yu Tu’s career gets up and going, even he starts to prioritize his time on his career more so than anything else in his life. However, never do they both come into any major conflict about this because. And it’s probably because they both understand that they have their own respective lives and, most importantly, they trust and respect each other. 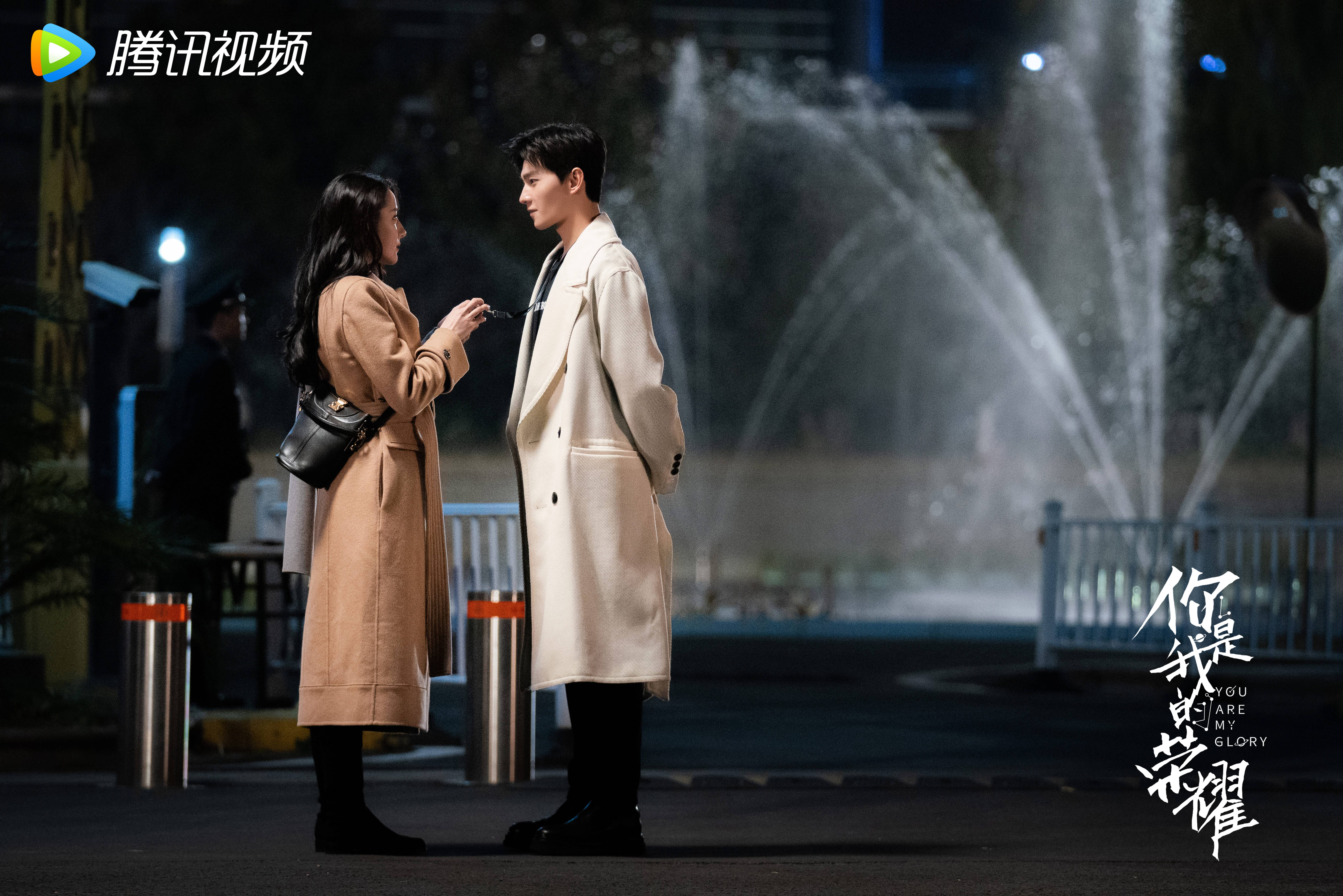 Another thing that I liked and appreciated about this drama is that despite it being an idol drama, it was nice to see that the setting of the drama isn’t on a university or high school campus. Rather than focusing on youth and the chasing after dreams theme, the drama featured two adults who are in the middle of careers who find love and still work hard on their careers. Additionally, it was nice to see that the people around both Yu Tu and Qiao Jing Jing were good people. I think there’s been plenty of time where there are just unnecessary people around who are there for the sole purpose of create chaos for the leads. Sometimes this is a good thing is it can add more drama and make the leads stand out, but most of the time I personally can live without it. I don’t like to see unnecessary drama, and I’m completely fine with just seeing the main characters surround themselves with people who are supportive of them. Because, at the end of day, that is what everyone should do. 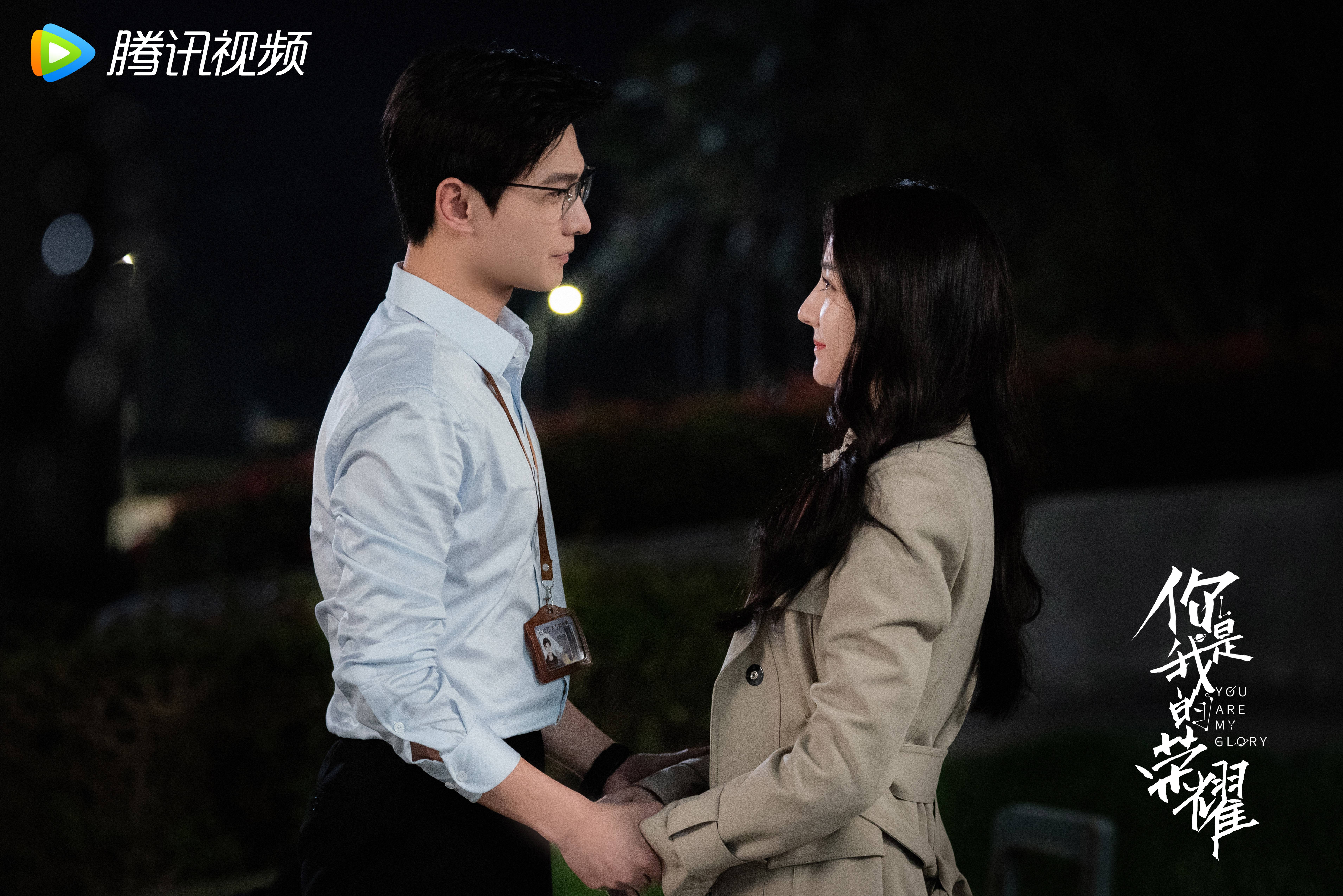 Overall, I don’t think there were anything about this drama that I particularly disliked, which is rare because there’s usually something that I nitpick on. But I think the flaws of this drama are minor and can easily be overlooked. Anyway, I do highly recommend this drama if you’re looking for a good romance drama with two mature and great leads. Yes, both Yang Yang and Dilireba may be overrated due to their immense popularity, but there’s a reason why they are in high demand (obviously, not just because of their looks!). Definitely don’t overlook this drama because it truly is worth watching because their acting has improved significantly. Anyway, it would be nice to see them act together again! I would totally be in for another drama (historical please!) of this pairing!