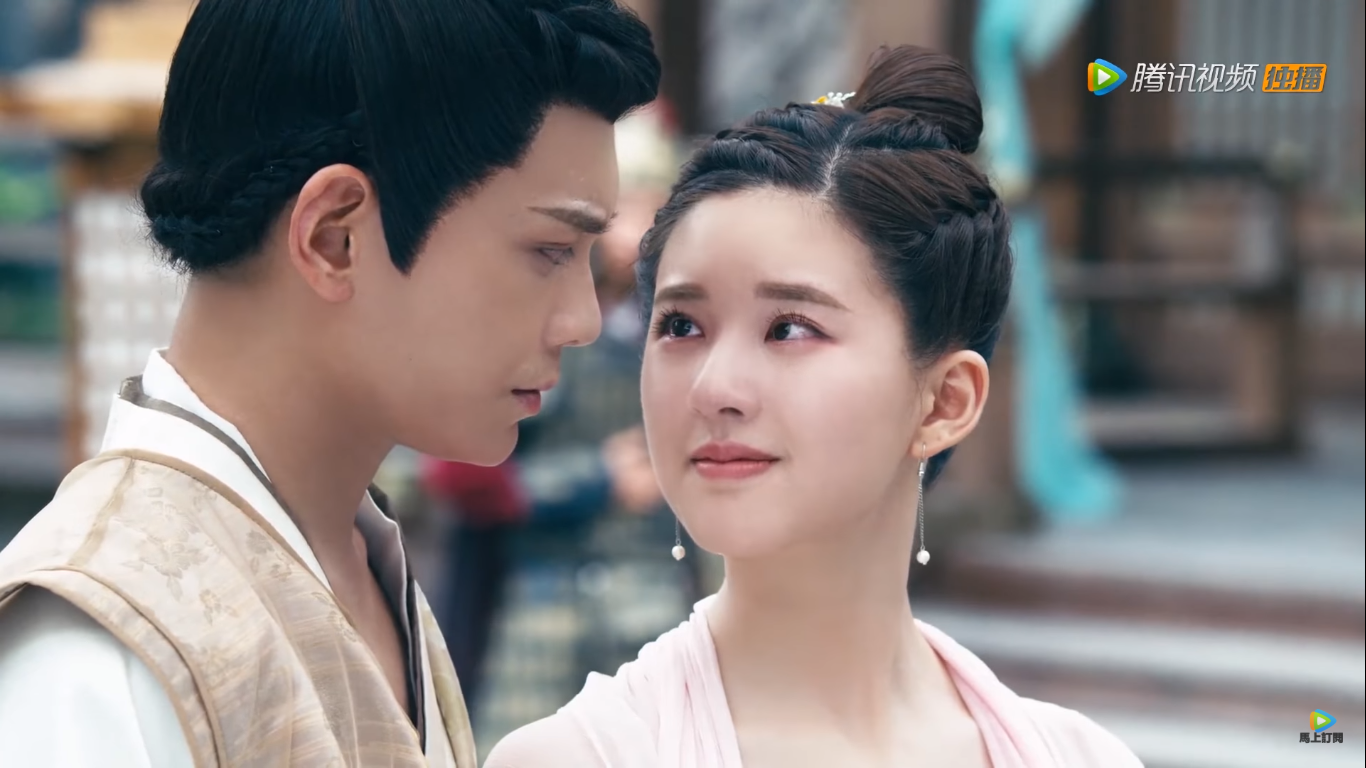 At the training grounds, Chen Qian Qian and the other young girls come together to do some training. Lin Qi walks up to her and challenges her, but Chen Qian Qian rejects her. Lin Qi remembers injuring her previously, which is something she finds weird. She then realizes that Chen Qian Qin has lost her martial arts.

Later on, Chen Qian Qian and the girls are meeting with her mother to discuss the upcoming Crown Princess selection, which also doubles as a contest between girls from within the city to gather talents or the royal court. While Chen Chu Chu is reprimanded by her mother for taking in the musicians that Han Shuo sent her, Lin Qi proposes that a martial arts contest be held along with a literary test for the Crown Princess selection. Chen Qian Qian isn’t fond of the idea, but her mother agrees.

Meanwhile, Han Shuo and Bai Ji finally finds out the truth regarding the spy who sent them a notice previously about Huayuan City’s defense map. It turns out to be Chen Qian Qian. Han Shuo gets angry and believes that Chen Qian Qian had deceived and made a fool out of him by pretending to care about him. Due to his anger, he has a sudden heart attack and faints.

Chen Qian Qian goes to meet her fellow storytellers again and try to get them to help her with her situation. After discussing with her them, she realizes that in order to get Han Shuo to trust her again, she must steal Huayuan City’s Dragon Bone in order to help him cure his heart attacks. She then barges into Huayuan City’s treasury and starts to look for the Dragon Bone, despite the protests from the servants. After searching through various priceless treasures, she finally finds it and takes it home.

Chen Qian Qian brings the Dragon Bone home and stews it. But as she tries cook it for a concoction, the Dragon Bone creates a strange smell and stinks up their entire kitchen.

That night, Chen Qian Qian goes to Han Shuo and tells him that she has made the Dragon Bone concoction for him. She sends Han Shuo to the kitchen to drink it while she waits in the courtyard. With Han Shuo gone, she starts her plan of pretending to get poisoned so that Han Shuo would feel guilty for treating her coldly previously. Han Shuo quickly returns, without drinking the concoction, and Chen Qian Qian starts her grand plan.

The next morning, Han Shuo goes check on Chen Qian Qian. As he enters her room, she pretends to be weak from the previous night and reveals to him that she no longer knows any martial arts. Chen Qian Qian suggests that due to her weak state, she’s no longer qualified to be in the Crown Princess Selection and Han Shuo should just move in with Chen Chu Chu. But Han Shuo isn’t willing to and he tells her that he won’t ever leave her side.

Later that day, Han Shuo gets arrested by soldiers sent by Chen Qian Qian’s mother. He is charged with manipulating Chen Qian Qian into stealing the Dragon Bone for him and sentenced to have one of his own bones taken from his body. He is knocked unconscious and taken away.

Hearing her cries, Han Shuo finally awakens and asks her if she wants to see his true powers. Since drinking the Dragon Bone concoction, he’s completely healed and has regained his martial skills. As Chen Qian Qian is pulled away by soldiers, Han Shuo is able to break free from his shackles.

Later on, Chen Yuan Yuan is searching for a book in the library. While she struggles to grab a book, Su Mu comes in and helps her. However, another servant comes and pushes Su Mu away while apologizing to Chen Yuan Yuan for Su Mu’s incompetence. She asks about Su Mu and the servant tells her that Su Mu was a musician and is of low status. After hearing this, Chen Yuan Yuan scolds the servant and speaks up for Su Mu.

Meanwhile, after Chen Qian Qian’s demotion, citizens from all over the city, led by Lin Qi, march to her door steps. They demand that she pay them back what she owes them. Zi Rui and Chen Qian Qian realize that now that she’s a commoner, she’ll be an easy target for those she’s offended. Left with no choice, Chen Qian Qian allows everyone to take stuff from her manor as compensation.

As Lin Qi starts to bully Chen Qian Qian, Han Shuo and Pei Heng arrive and defend her. Lin Qi gets angered that Pei Heng still sides with Chen Qian Qian despite having Han Shuo by her side. She pushes her and Chen Qian Qian fells off the porch into a pot of water.

That night, Chen Qian Qian awakens to find Pei Heng by her side. He plays her music on his qin to help her fall back asleep. After he leaves, Han Shuo comes in with a bowl of medicine. Chen Qian Qian wakes up again and Han Shuo begins to feed her medicine. He laments that he isn’t musically talented like Pei Heng and can’t play music to soothe her. However, Chen Qian Qian tells him that she doesn’t need him to do anything for her since she’s already grateful for him taking care of her.

The next morning, Chen Qian Qian and Han Shuo have breakfast together. He tells her that from now on he will take care of her since she is no longer a princess. He offers her his dowry he brought with him from Xuanhu City, but presents them as betrothal gifts for her.