And so the romance begins…! 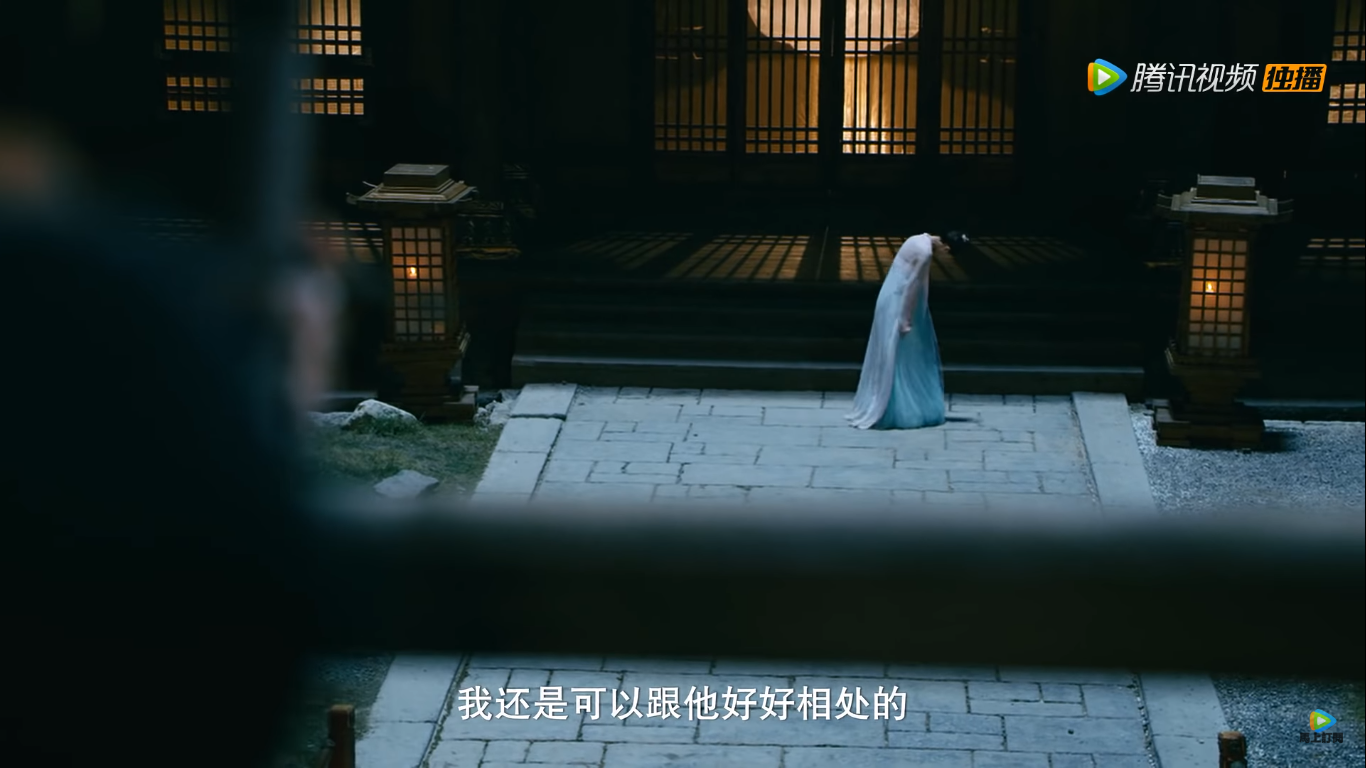 That night, Chen Qian Qian decides to apologize to Han Shuo. But, unknown to her, Han Shuo and his men have already come up with an assassination plan to kill her. As she enters his room, Bai Ji and his men standby outside prepared to shoot her when she leaves. 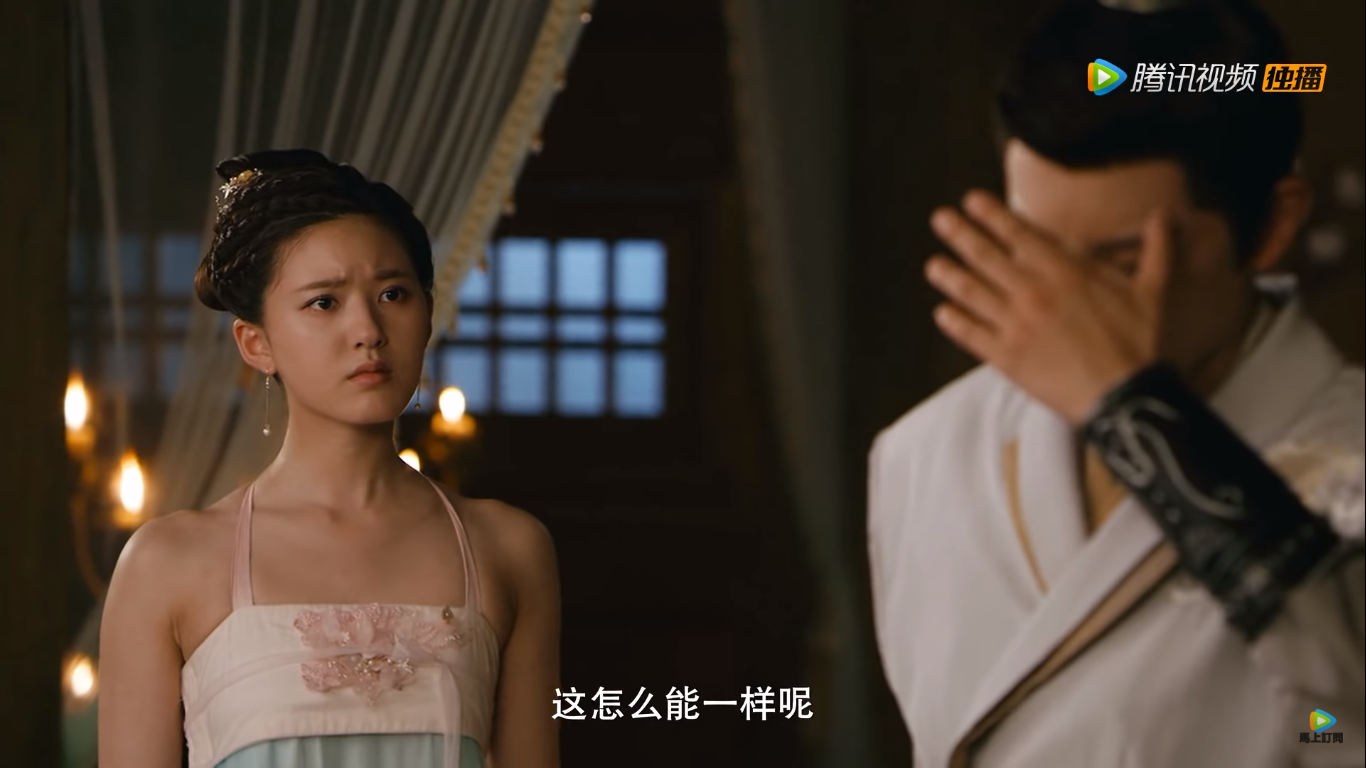 In Han Shuo’s room, Chen Qian Qian begins to apologize, but he isn’t interested in listening to her. He taunts her and wants her to leave, but Chen Qian Qian tells him that since he was stripped today in public, she’ll also bear the same humiliation. She starts to undress herself and plans to parade around the streets with her inner garments, but Han Shuo stops her before she can go. As the two continue to talk, Chen Qian Qian’s pregnancy is revealed to be fake and Han Shuo realizes that she disregarded her reputation in order to save him. When he asks her why she would risk it for him, Chen Qian Qian tells him that a life is more important a reputation. She proposes to him that they both set aside their differences and coexist peacefully. 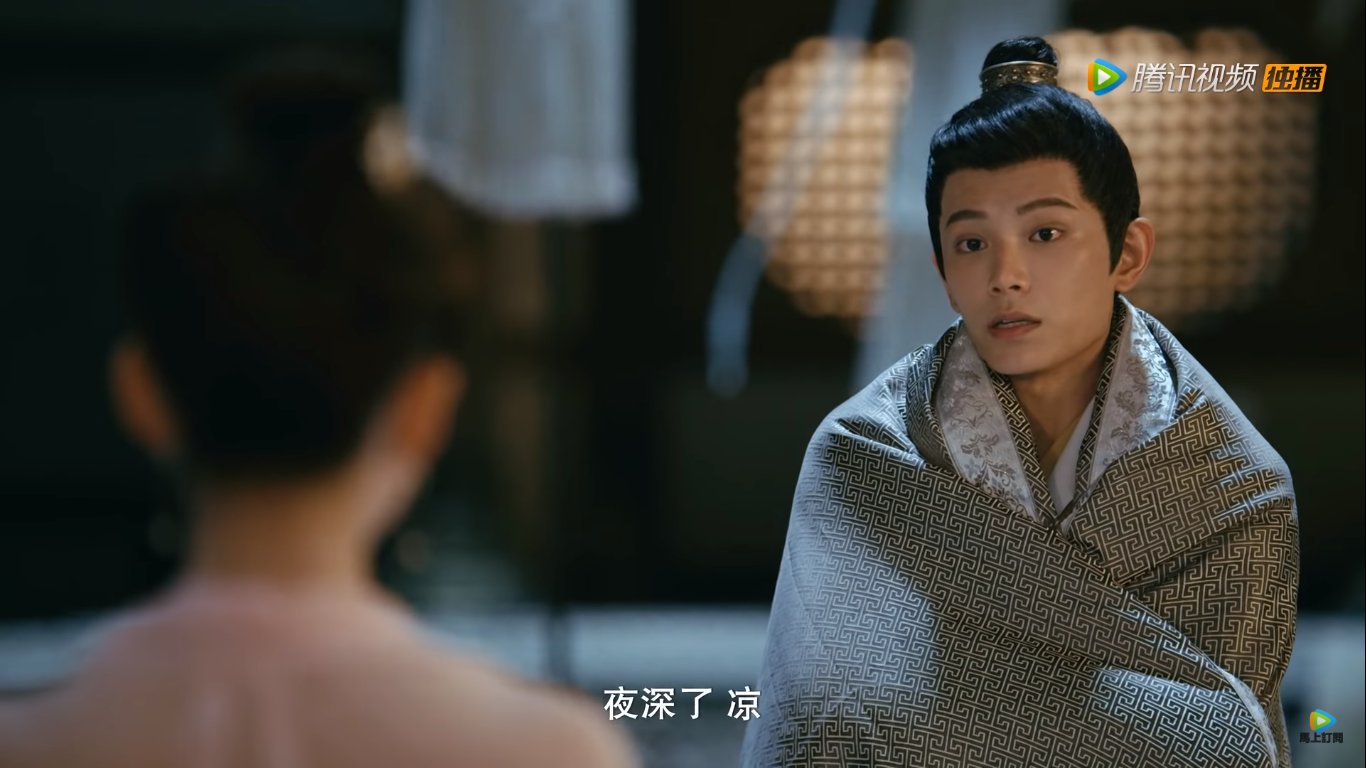 As Chen Qian Qian starts to leave, Han Shuo remembers that Bai Ji is outside with his men ready to assassinate her. He quickly leaves the room as arrows are being shot towards her and uses his blanket to block them. With her back to everything, Chen Qian Qian is unaware of everything. 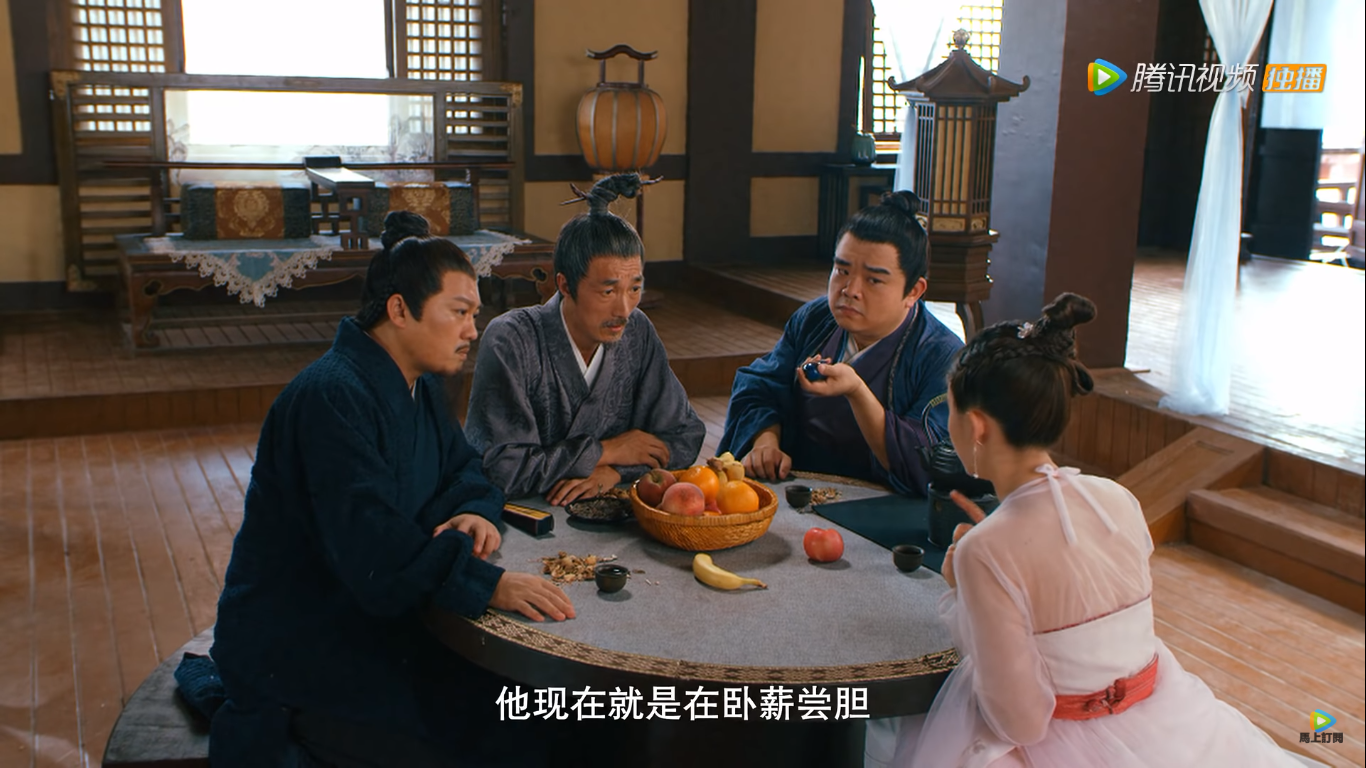 The next day, Chen Qian Qian meets with the three storytellers again and wants them to help her find ways for her to survive. After going back and forth, Chen Qian Qian finally comes up with a plan where she will set-up Chen Chu Chu and Han Shuo and arrive just in time to save Han Shuo so that he’ll trust her and not try to kill her in the future. 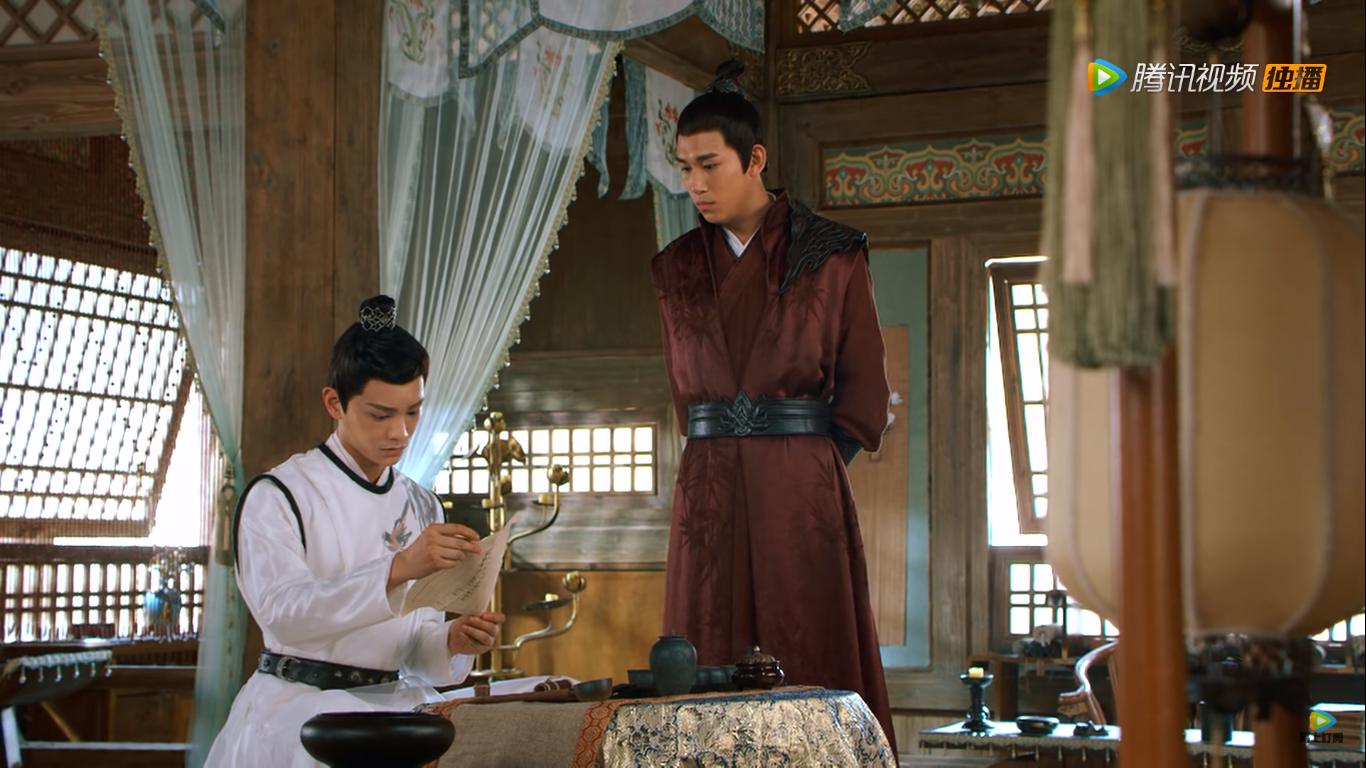 Meanwhile, Bai Ji and Han Shuo receive news that one of their spies has stolen the defense map of Huayuan City. The spy requests to see them that night. On the other hand, Chen Chu Chu also receives a tip that Xuanhu City’s spies will be meeting during the same time and starts to plan her move. 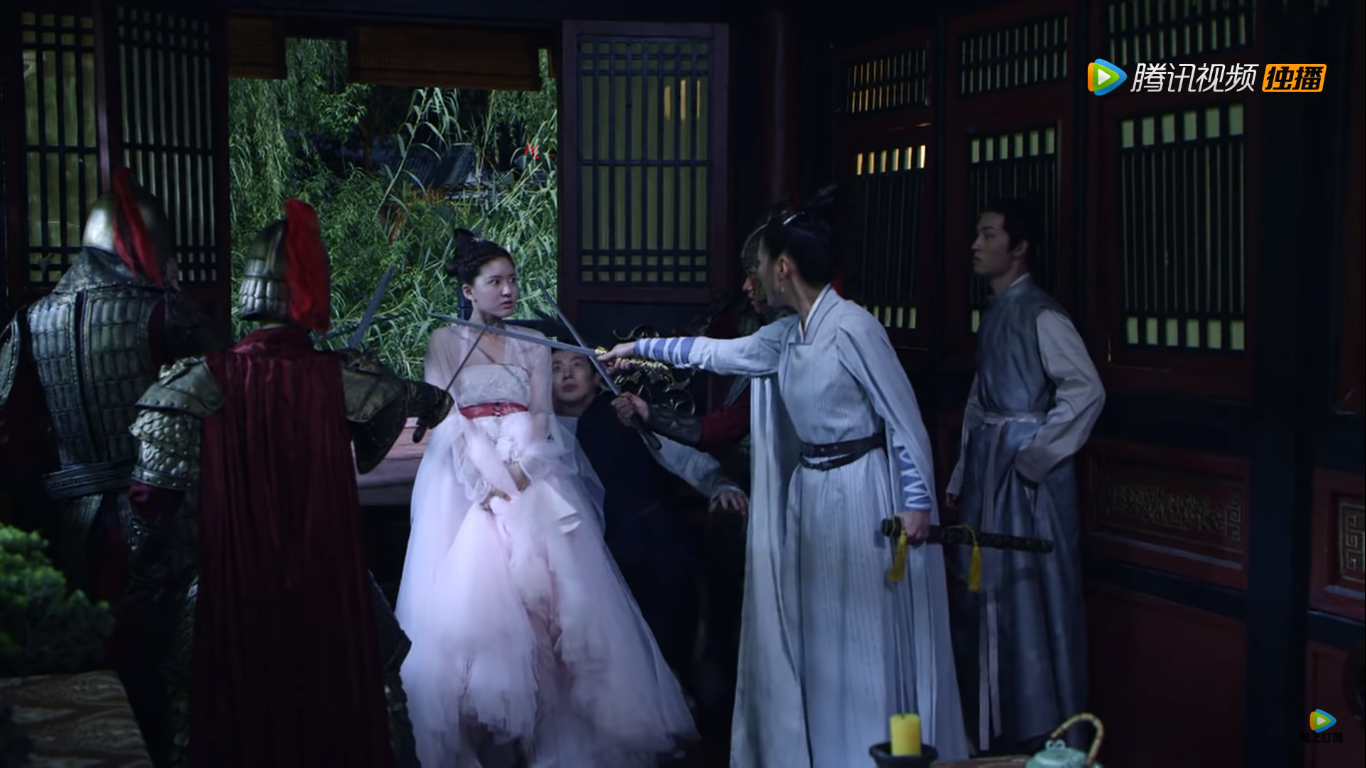 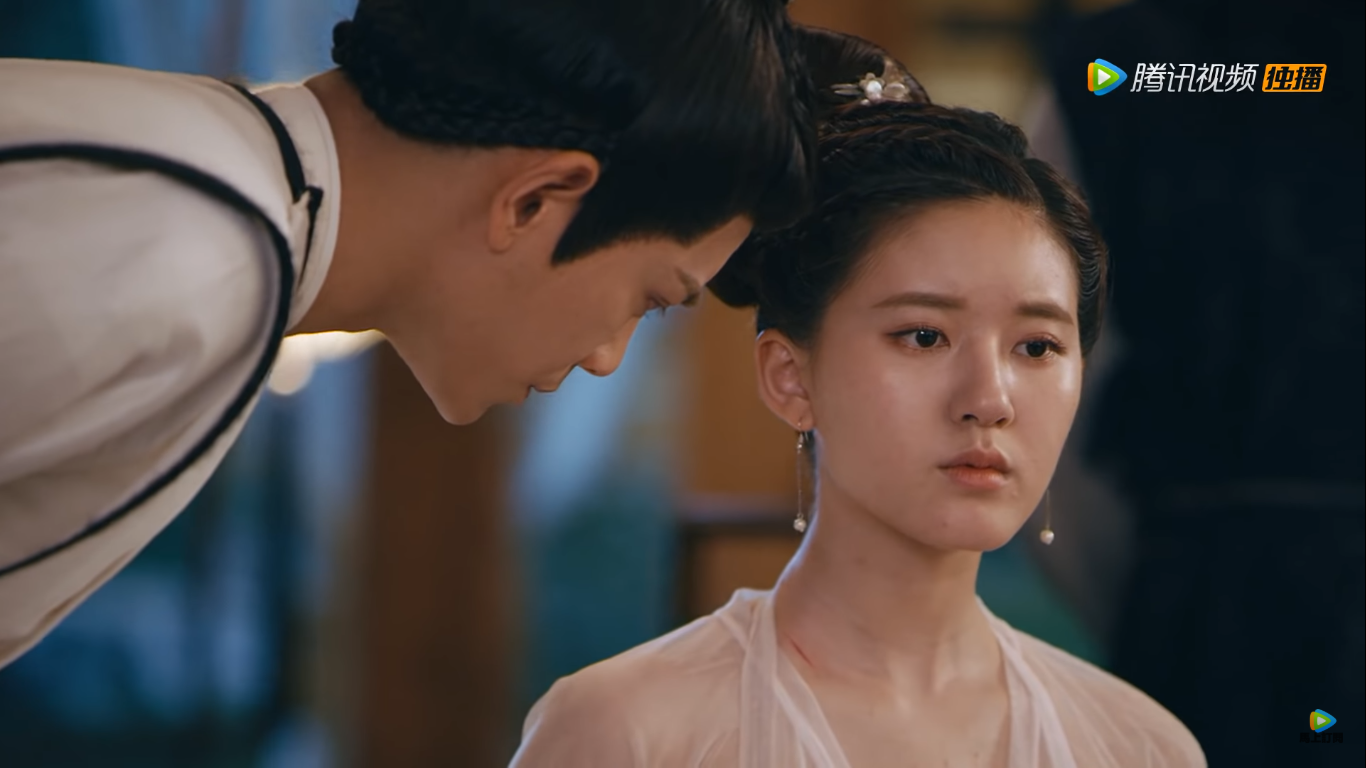 Chen Qian Qian and Zi Rui rush back home and finds Han Shuo there. Unbeknownst to them, Han Shuo had already known that it was a trap and he and Bai Ji decided not to go. Chen Qian Qian questions him where he was and Han Shuo asks her if it was her doing to trap him. She tells him that she was worried for him and only went there to save him. He realizes she is hurt, but Chen Qian Qian just brushes it off and continues to tell him that she’s really trying to only help him. 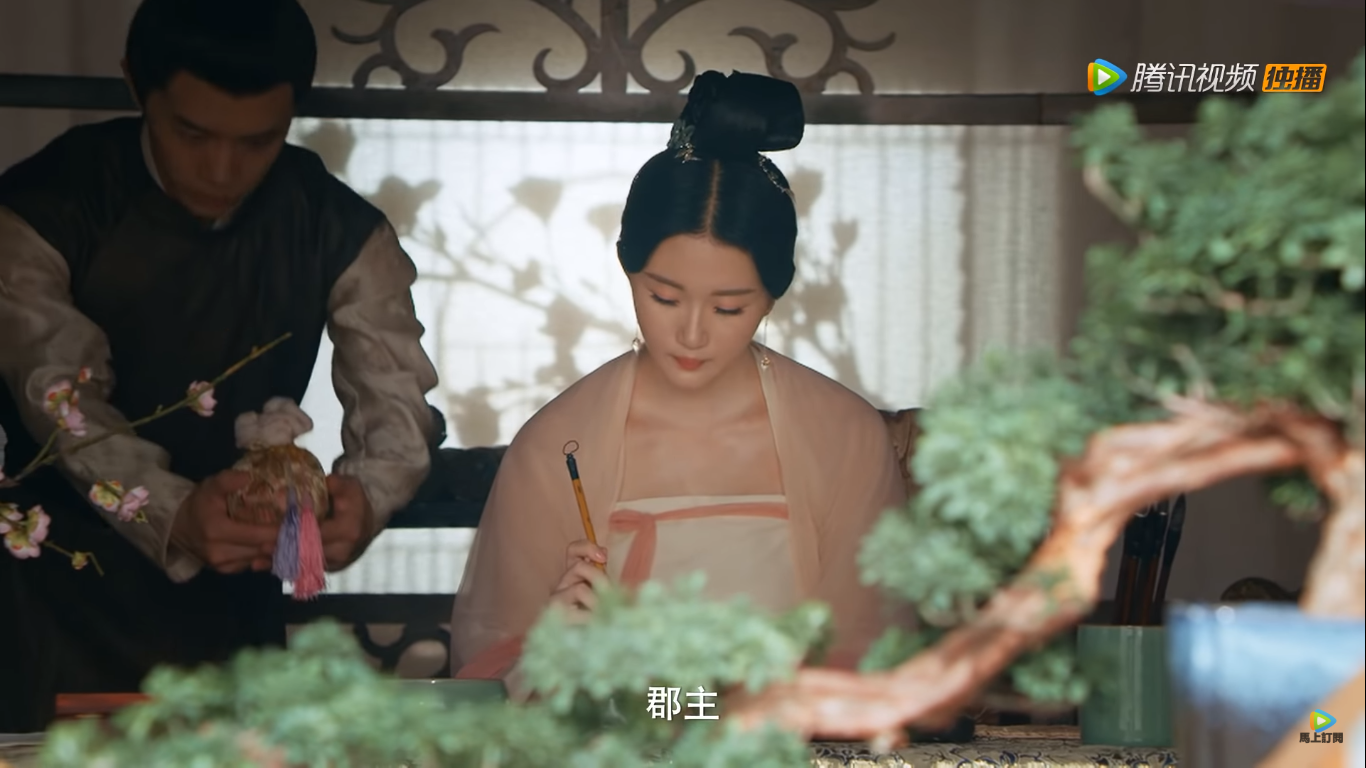 The next day, Chen Yuan Yuan, the eldest princess of Huayuan City, tells Zi Nian, her personal attendant, to request leave for her since she no longer wants to attend the city’s academy. She laments that her mother and younger sisters have forgotten about since she is disabled. Zi Nian tells her not to be too sad, but Chen Yuan Yuan knows that no one truly cares about her. 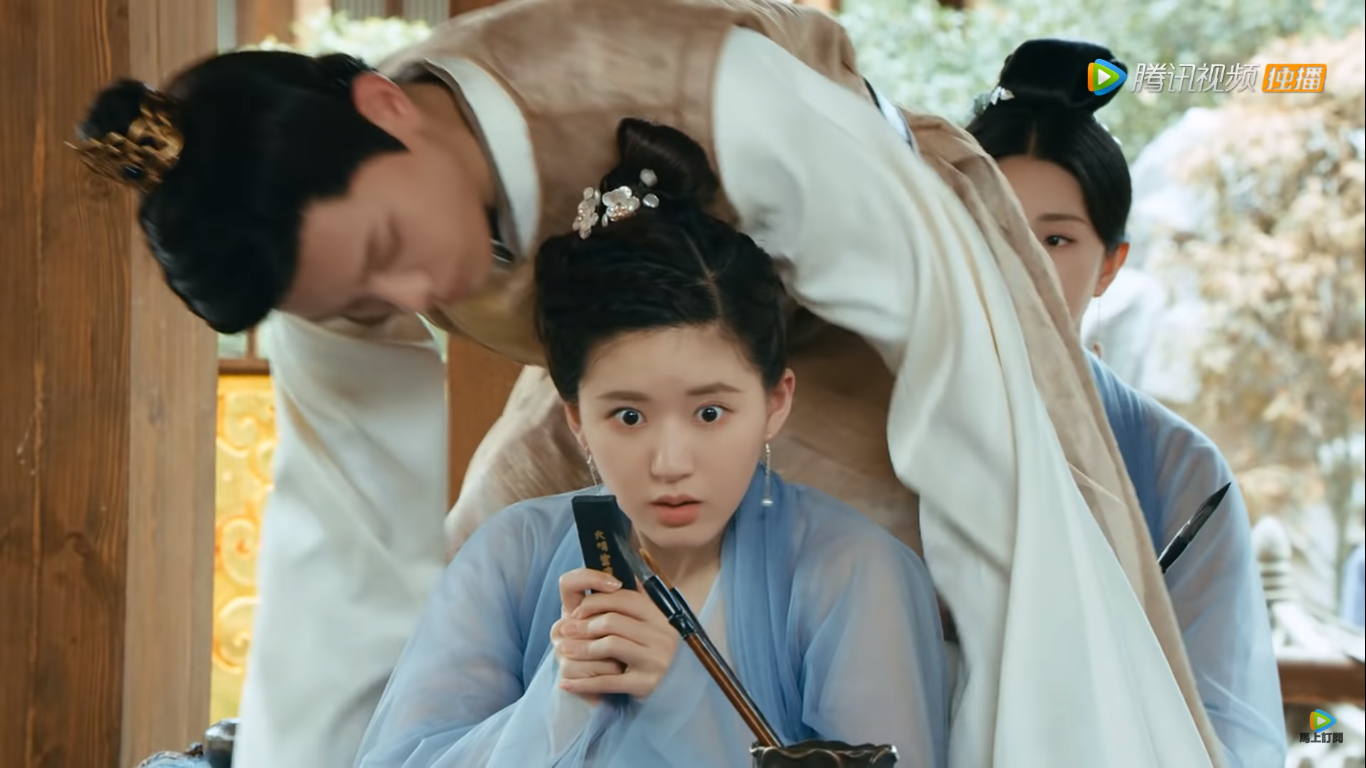 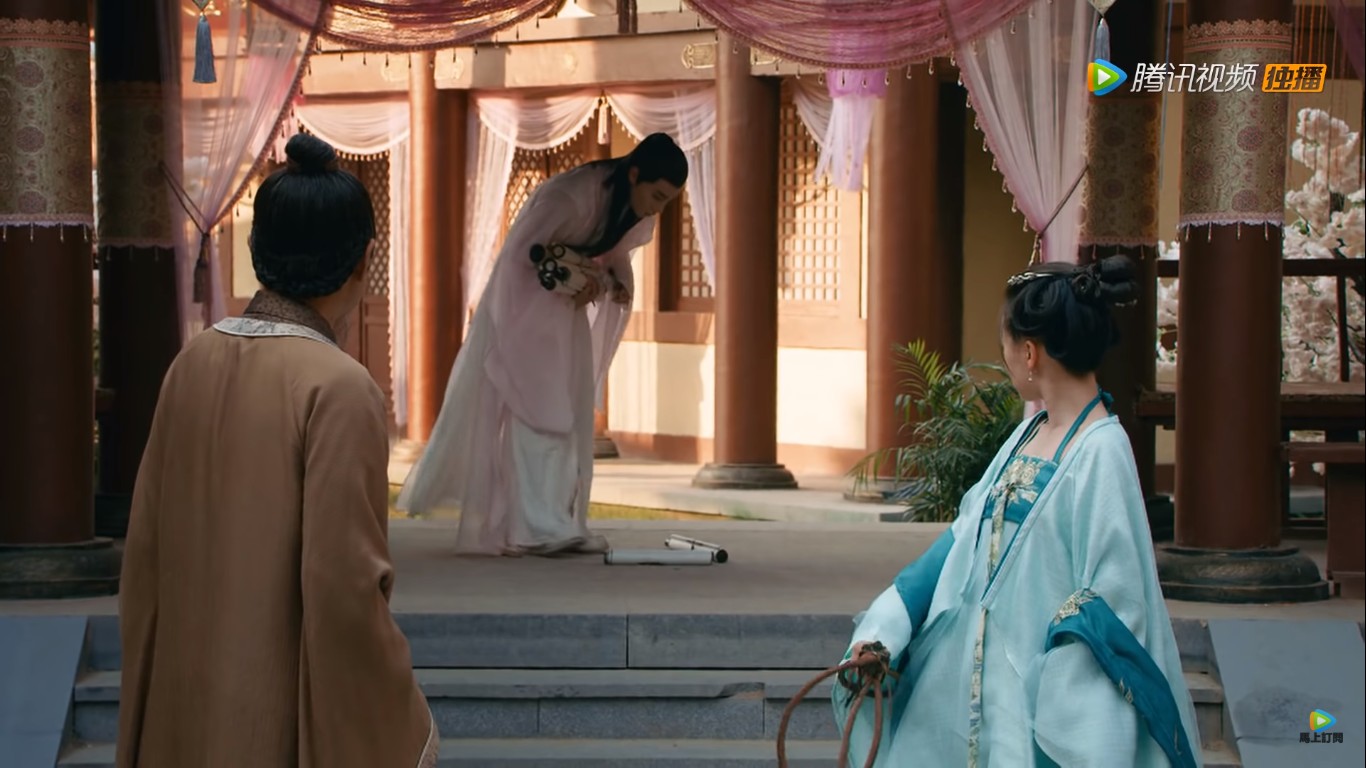 Su Mu goes to Chen Qian Qian to return her presents. But when Chen Qian Qian sees his wounds, she is angered that Lin Qi beat him because of her. Su Mu feels grateful for her concern, but tells her not to worry about him. However, Chen Qian Qian decides to go confront Lin Qi about it.

The next day, Chen Qian Qian wakes up to all the musicians from the Music and Dance Academy at her door. She finds out that it was Han Shuo’s doing. Lin Qi appears and is angered that the couple stole all her musicians away. Chen Qian Qian tells her that she only wants Su Mu, so she can take the rest back, but Lin Qi refuses since the order was already given by Chen Qian Qian’s mother. After Lin Qi leaves, Chen Qian Qian contemplates how to accommodate all the musicians, but Han Shuo steps in and ends up sending all of them to the Chen Chu Chu. Bai Ji secretly asks Han Shuo why he did so, and he replies that they can use the musicians as spies and also lower Chen Chu Chu’s reputation by sending her the men.

Back at home, Chen Yuan Yuan is nursing Chen Qian Qian and tells her that her arm is dislocated, and she needs to pop it back in place which may be painful. When Chen Qian Qian hears that she’ll be in pain, she starts to get scared and asks them to distract her. But as she tries to hide her fear, Han Shuo steps in. He sends everyone out and starts talking with her to distract her as he pops her arm in place. With his distraction, Chen Qian Qian ends up not feeling much pain.

Afterwards, Bai Ji and Han Shuo are speaking with one of their spies from Chen Chu Chu’s side. The spy informs them that Chen Chu Chu isn’t the biological daughter of the ruler of Huayuan City, which means that only Chen Yuan Yuan and Chen Qian Qian are her true daughters. With Chen Yuan Yuan disabled, the only sole heir is Chen Qian Qian. Once Han Shuo and Bai Ji realize this, Bai Ji suggests that they take Chen Qian Qian hostage so that they can take the Dragon Bone, Huayuan City’s sacred treasure that can cure all diseases. But Han Shuo is reluctant and tells them he needs to think it about it.

Han Shuo goes to see Chen Qian Qian, but sees her talking happily with Pei Heng, who has come to see how she was doing since she was injured. He brings her a basket of fruits from Xuanhu City and Chen Qian Qian happily accepts them. Pei Heng suggests that they also let Han Shuo eat them, but Chen Qian Qian doesn’t think it’s a good idea. She says that if Han Shuo sees them he’ll feel homesick and lonely, since he probably misses his home. Han Shuo witnesses her worry for him and starts to feel guilty that he may harm to her.

After speaking with Pei Heng, Chen Qian Qian pulls Zi Rui to the side and they both decide to plan a birthday party for Han Shuo. Chen Qian Qian decides to order clothes for him as a gift and goes out the next day to the clothing store. As she strolls along the streets, all the vendors run away from her. Zi Rui tells her that she is notorious for not paying and just taking everything she needed. Chen Qian Qian then announces that she’ll pay from now on, which makes all the vendors come back and resume their business.

Back at home, Chen Qian Qian sneaks into Han Shuo’s room to get his clothing measurement. She finds his shoes and measures the size with her fingers. Han Shuo arrives and suspects her spying on him. Chen Qian Qian still needs to find his chest measurement for the clothing she wants to buy, so she rushes to him and hugs him. Han Shuo is taken aback by her actions, but Chen Qian Qian leaves before he can ask her what she is doing.

That night, Han Shuo strolls around the garden and finds a box and a hotpot table prepared for him. He walks up to the box and opens it to find a new set of clothes. He then realizes that the reason Chen Qian Qian was loitering in his rooms was to find his measurement. He smiles as Chen Qian Qian approaches him from behind. She sings him happy birthday and he asks her how she knew. Chen Qian Qian tells him that she knows everything about him and starts to list everything she knows (since she is the one who created his character). Han Shuo is touched by her and the two start to eat hotpot.

As the two of them eat hotpot, Chen Qian Qian reminds him not to be too sad about his weak condition. She assures him that there are still people out there who care about him, but Han Shuo doesn’t believe that a miracle will happen for him. Chen Qian Qian tells him that with her there, she will help him. She takes out wine and starts to pour for the both of them.

After dining and drinking, Chen Qian Qian and Han Shuo end up falling asleep in her garden. Chen Qian Qian drunkenly tells him that she won’t let him die, but soon falls asleep afterwards. Watching her sleep, Han Shuo admits that he no longer wants to kill her.