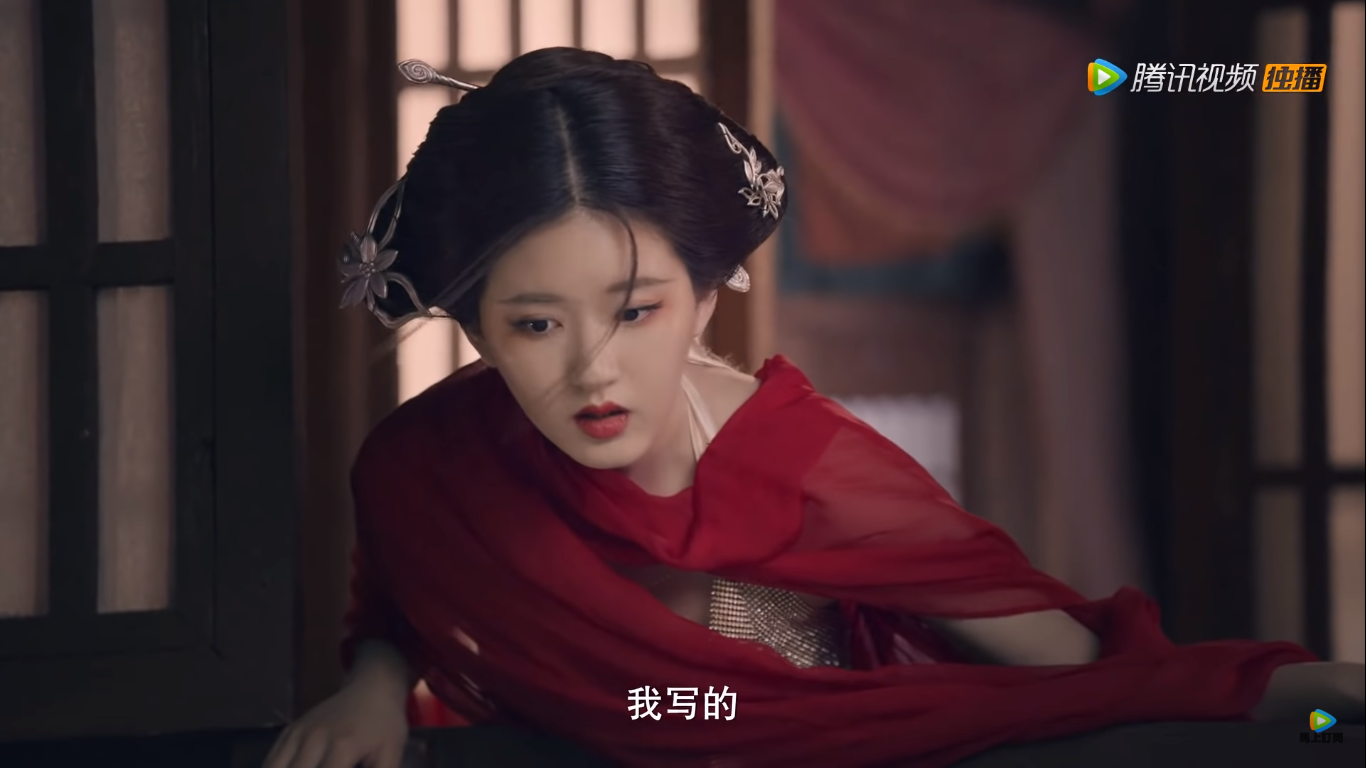 So…. I decided to start recapping this series since I’m in love with it…! ^_^ 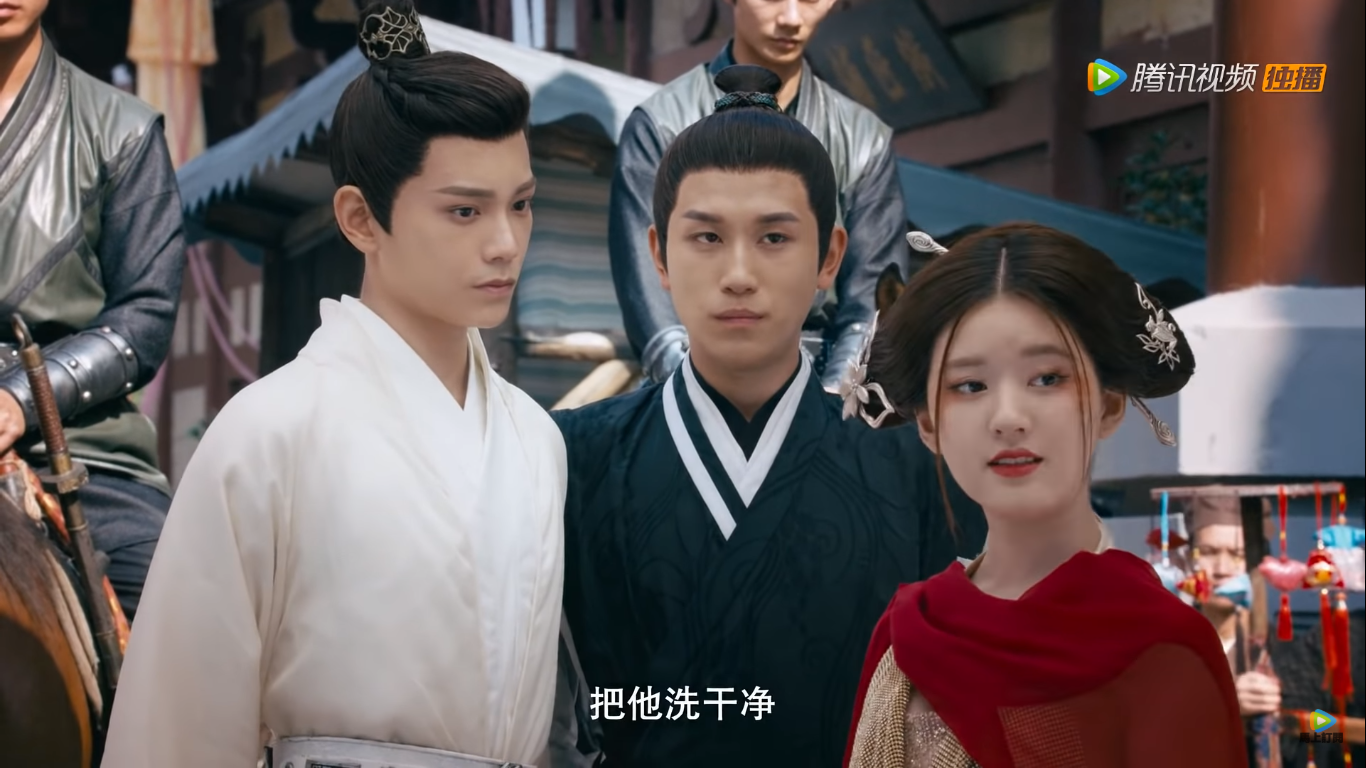 After experiencing a defeat in battle against Huayuan City, Xuanhu City sends their sole heir, Han Shuo, over to marry one of their princess. But, unlike the manly and male-dominated Xuanhu City, Huayuan City is run by women and prioritizes them over men. As Han Shuo makes his way into the city, his cart is interrupted by a commotion caused by Chen Qian Qian, the unruly 3rd princess of Huayuan City. When Chen Qian Qian’s horse becomes out of control, Han Shuo who comes to her rescues as he flies out from his cart and catches her midair. After being saved by Han Shuo, Chen Qian Qian takes a fancy towards him and orders him to marry her the following day. 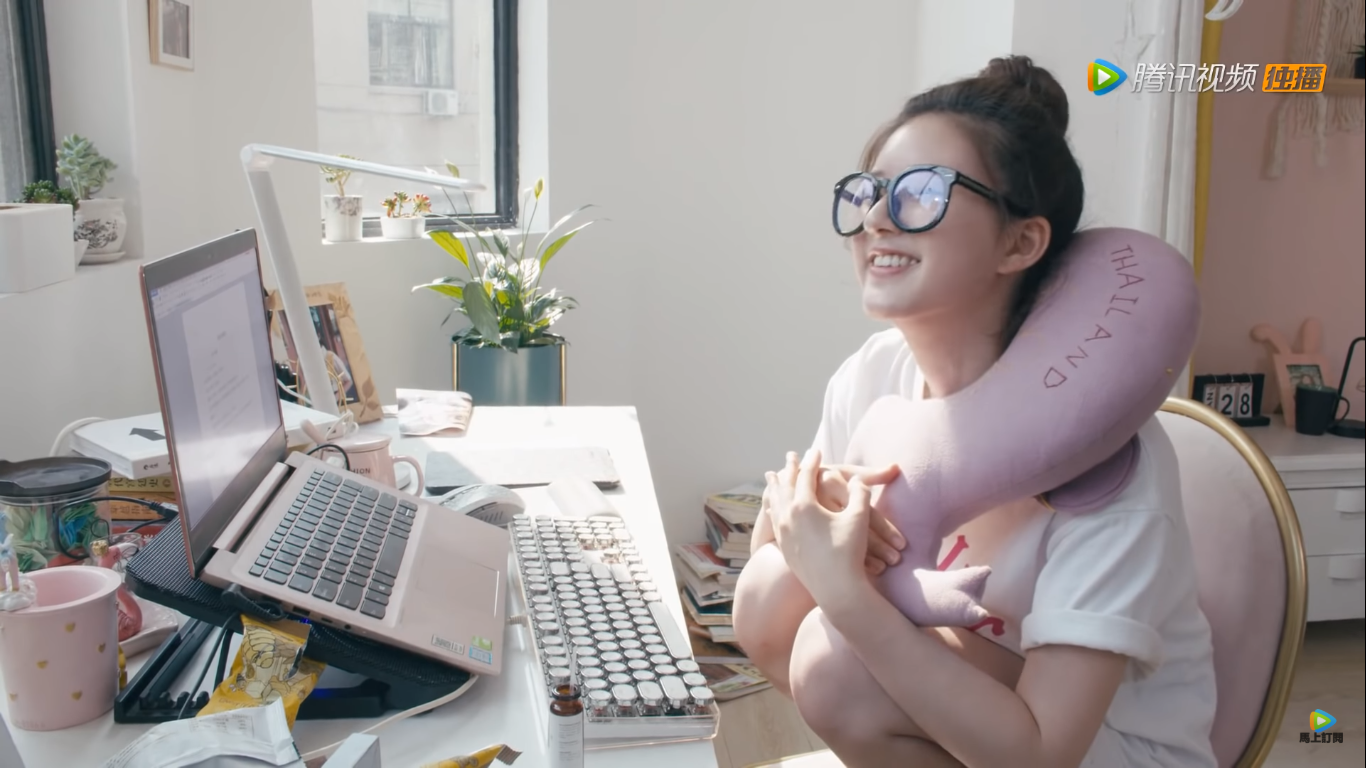 Back in modern day, Chen Xiao Qian receives a call from her company about the male lead being dissatisfied with her current script. The actor wants to meet her and Chen Xiao Qian immediately sets off to meet him at a filming location. 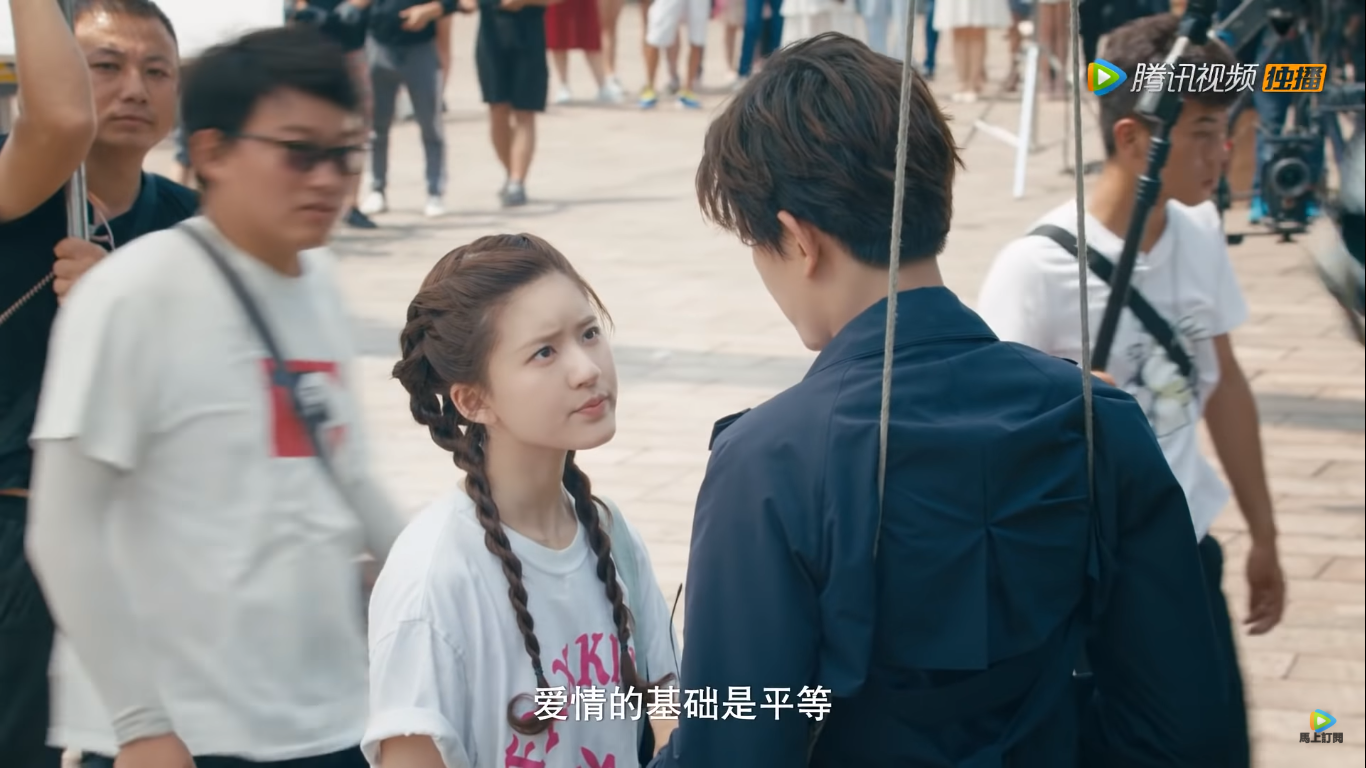 Upon meeting the actor who is in the middle of filming, Chen Xiao Qian approaches him and asks him what his problem is with the script. He asks her why the male lead, Han Shuo, easily falls for the female lead, Chen Chu Chu, but as she tries to explain to him about her script, he continues to do his action stunts whilst communicating his dissatisfaction with the two character’s love story. He advises her to get fall in love in order to understand how to write a good love story. 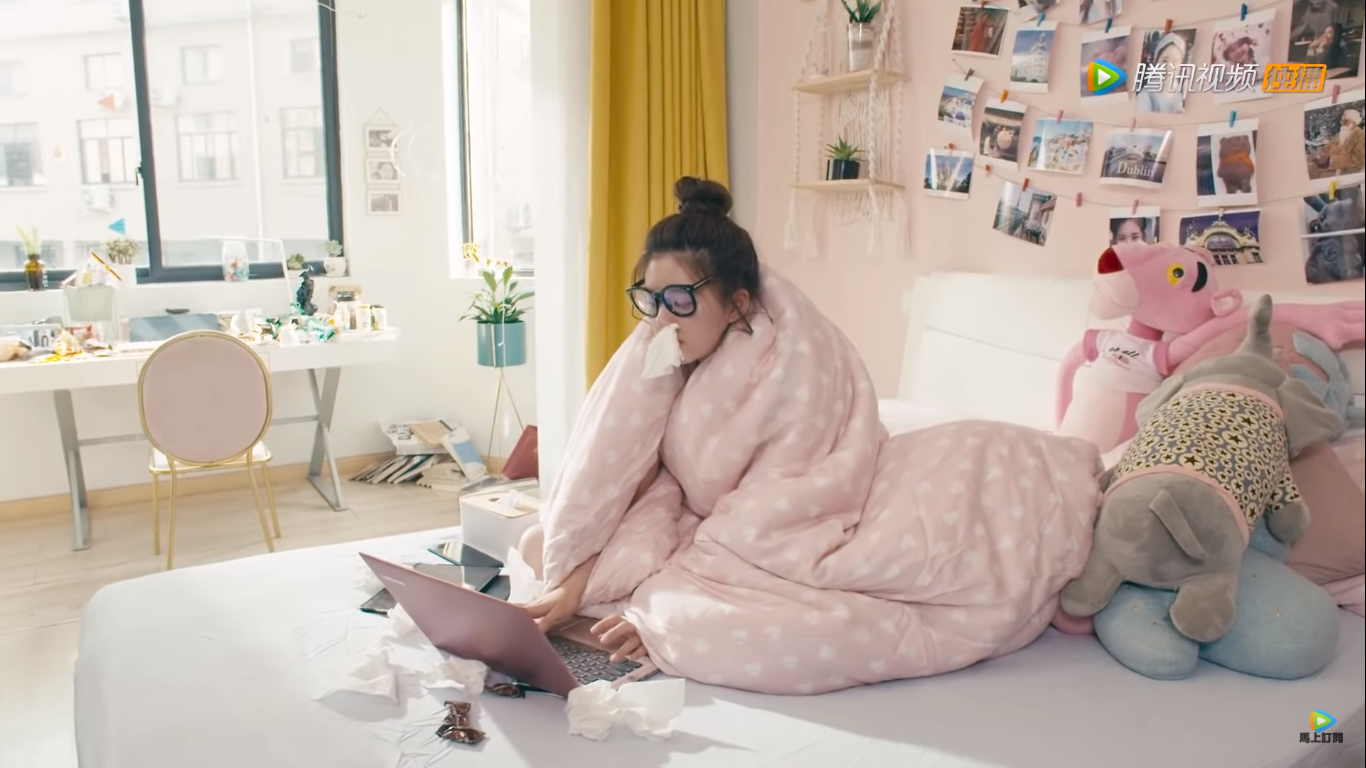 Back at home, Chen Xiao Qian complains to her company about the actor, but when she sees a generous deposit into her back account, she changes her minds and resolves to revise her script. Few the next few days, Chen Xiao Qian works day and night on her script. Eventually, she gets sick and falls asleep while working. 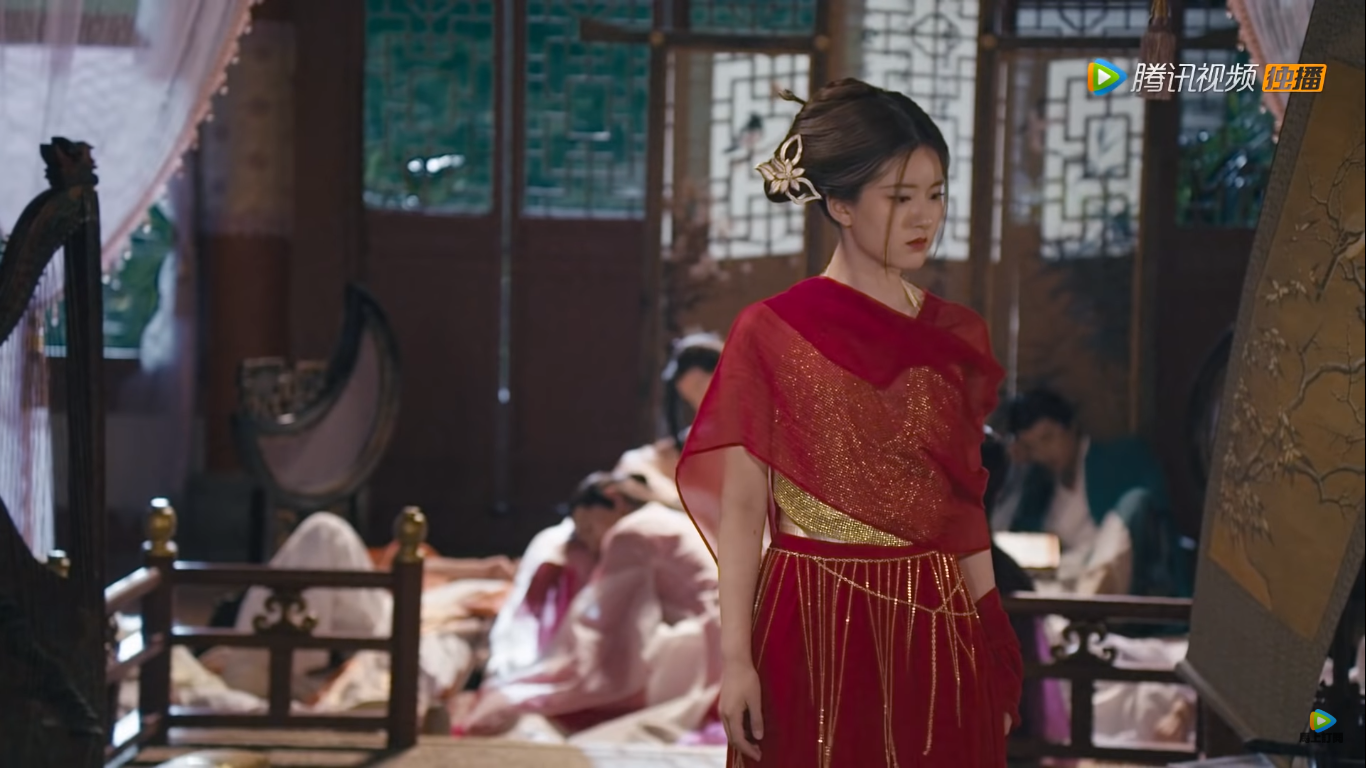 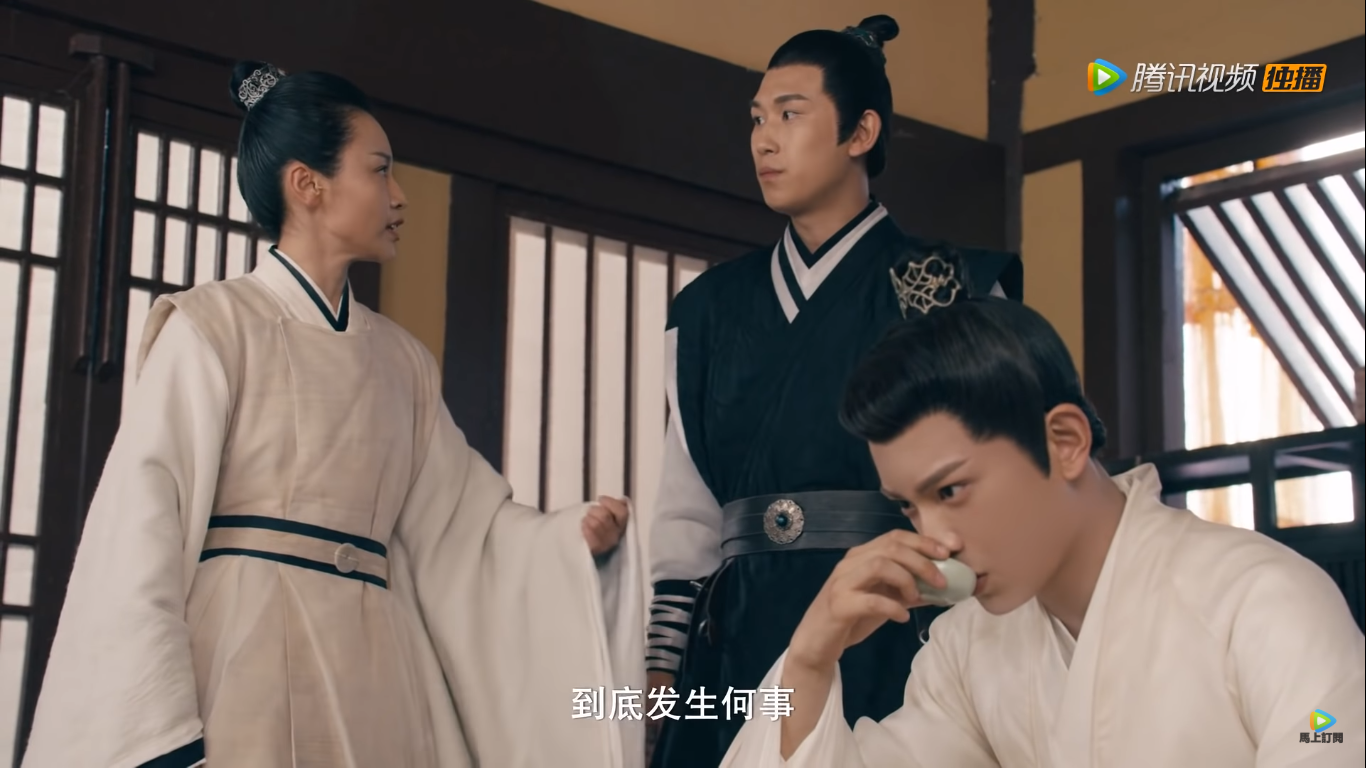 Meanwhile, Han Shuo and Bai Ji, Han Shuo’s bodyguard, meets with one of the spies from his city. The spy turns out to be one of the most influential ministers in Huayuan City. She asks Han Shuo what happened and why he is set to marry Chen Qian Qian abruptly. Bai Ji reveals that everything had been a set-up and that it was Chen Chu Chu who should’ve been the one that Han Shuo rescued, not Chen Qian Qian. Han Shuo then plans to poison Chen Qian Qian on the wedding night and resume his plan of charming Chen Chu Chu so he can use her. 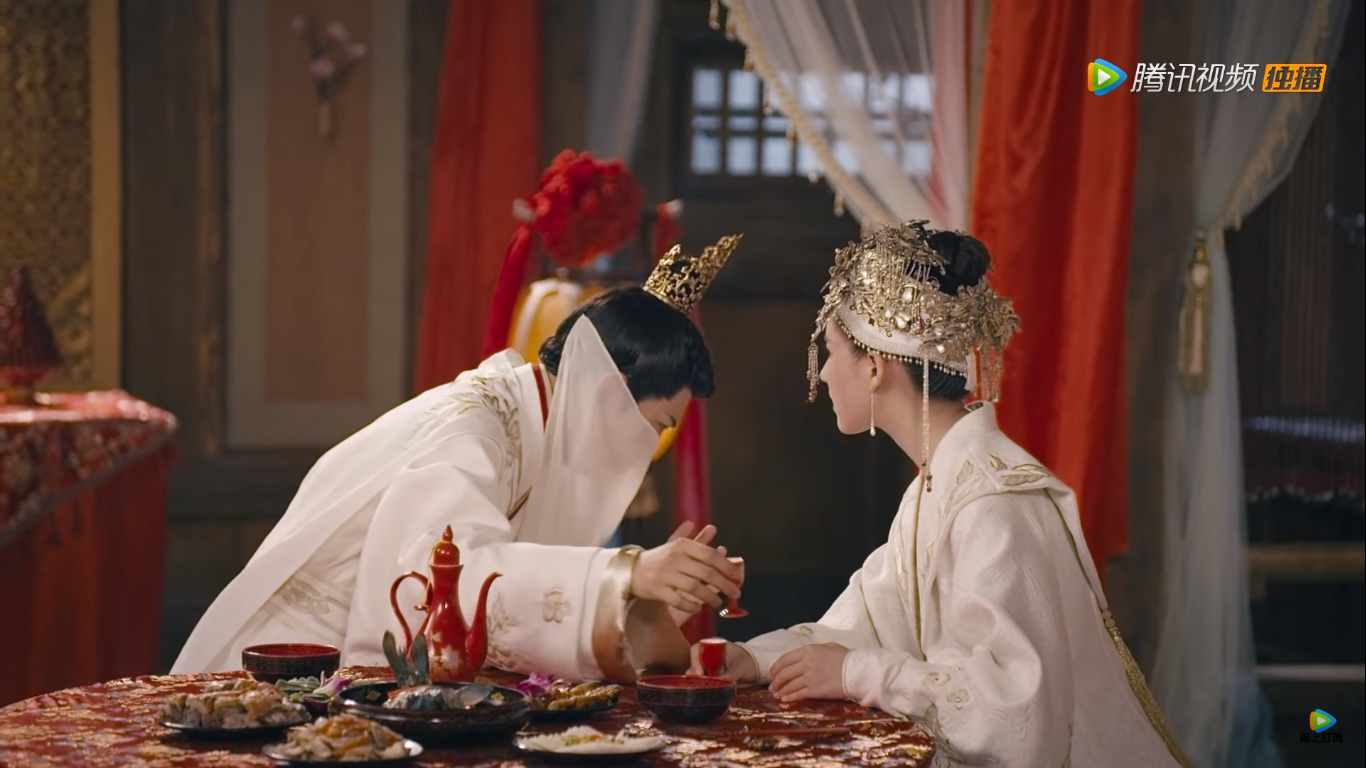 That night, Han Shuo and Chen Qian Qian finally meet. Chen Qian Qian has her guard up since she knows that Han Shuo is going to poison her. As the two are about to drink their nuptial wine, Han Shuo starts coughing, which distracts Chen Qian Qian. With her distracted, he switches the cups between them multiple times. Chen Qian Qian eventually takes off Han Shuo’s veil and realizes that he has the same face as the actor who was set to portray him in the modern world. 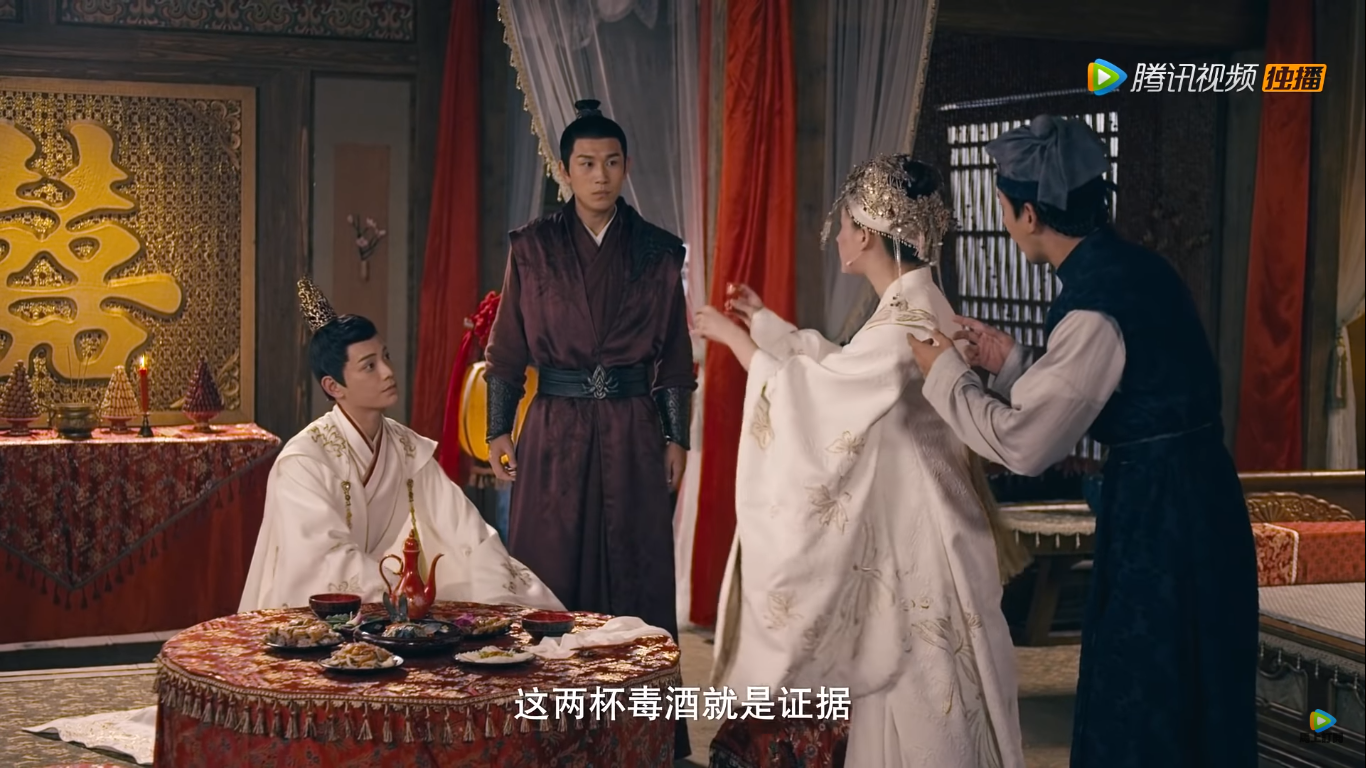 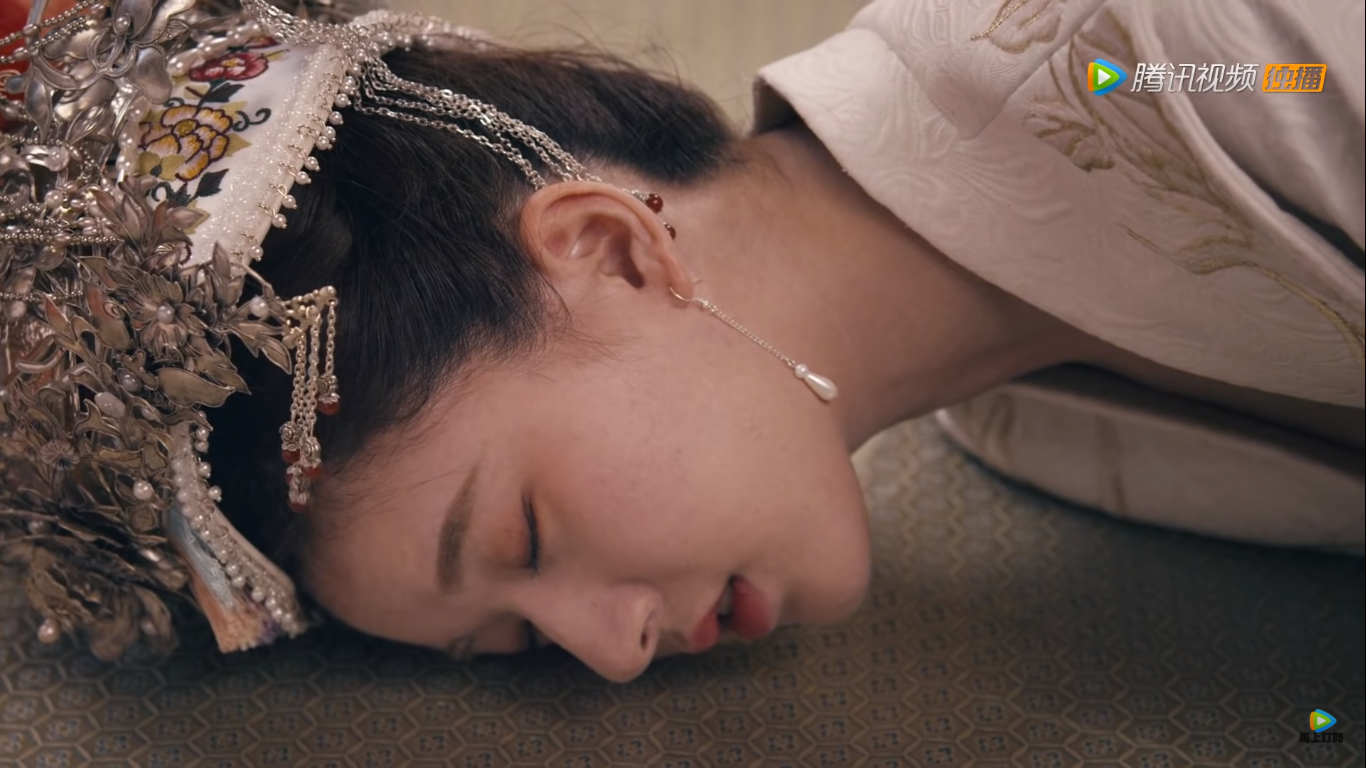 Chen Qian Qian then accuses Han Shuo of poisoning the wine. She calls Zi Rui, her personal servant, over and causes a commotion. In front of everyone, Chen Qian Qian tries to prove that Han Shuo was planning on poisoning her by drinking the cups of wine. However, nothing happens, and she resorts to eating the food to see if it was the food that had been poisoned. But she isn’t able to find anything as nothing affects her. She gets frustrated and tries to find the poison from Han Shuo’s body, but doesn’t find anything. In the end, she ends up fainting. 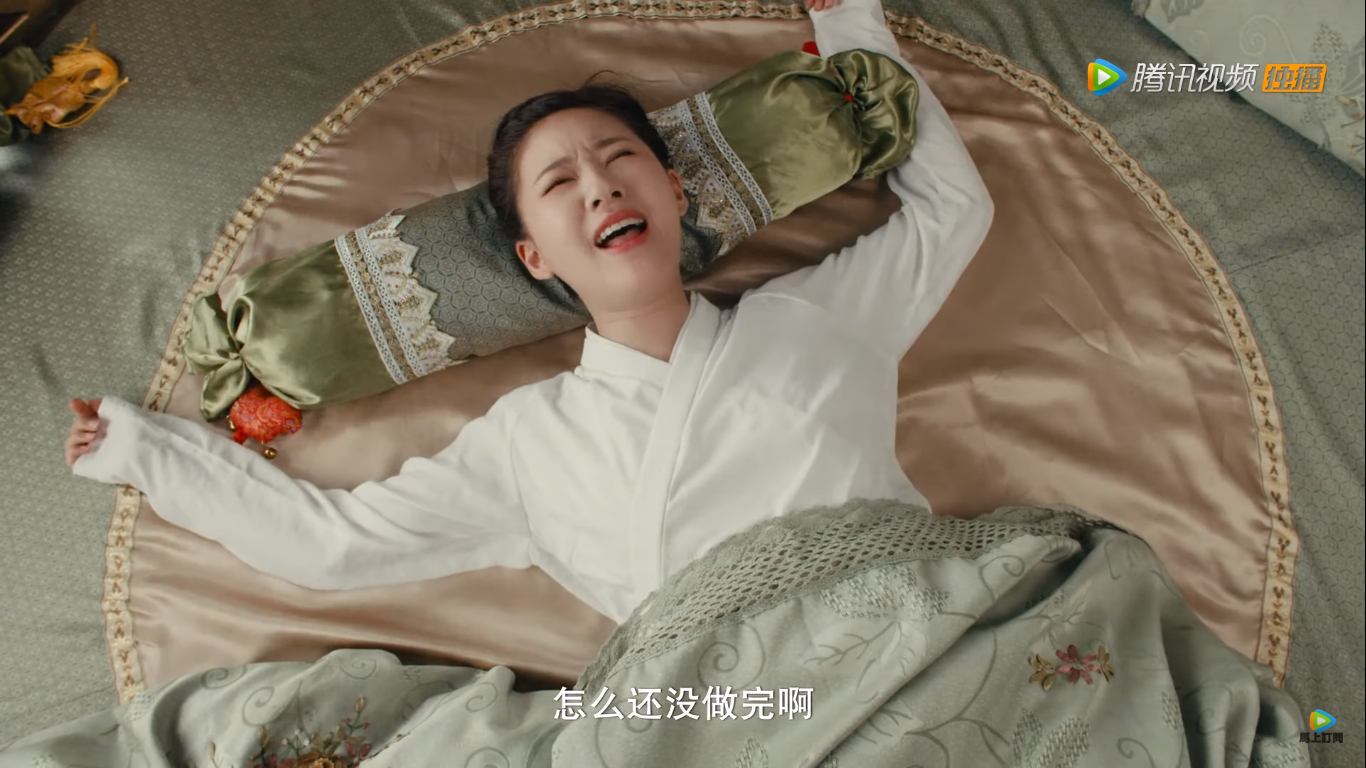 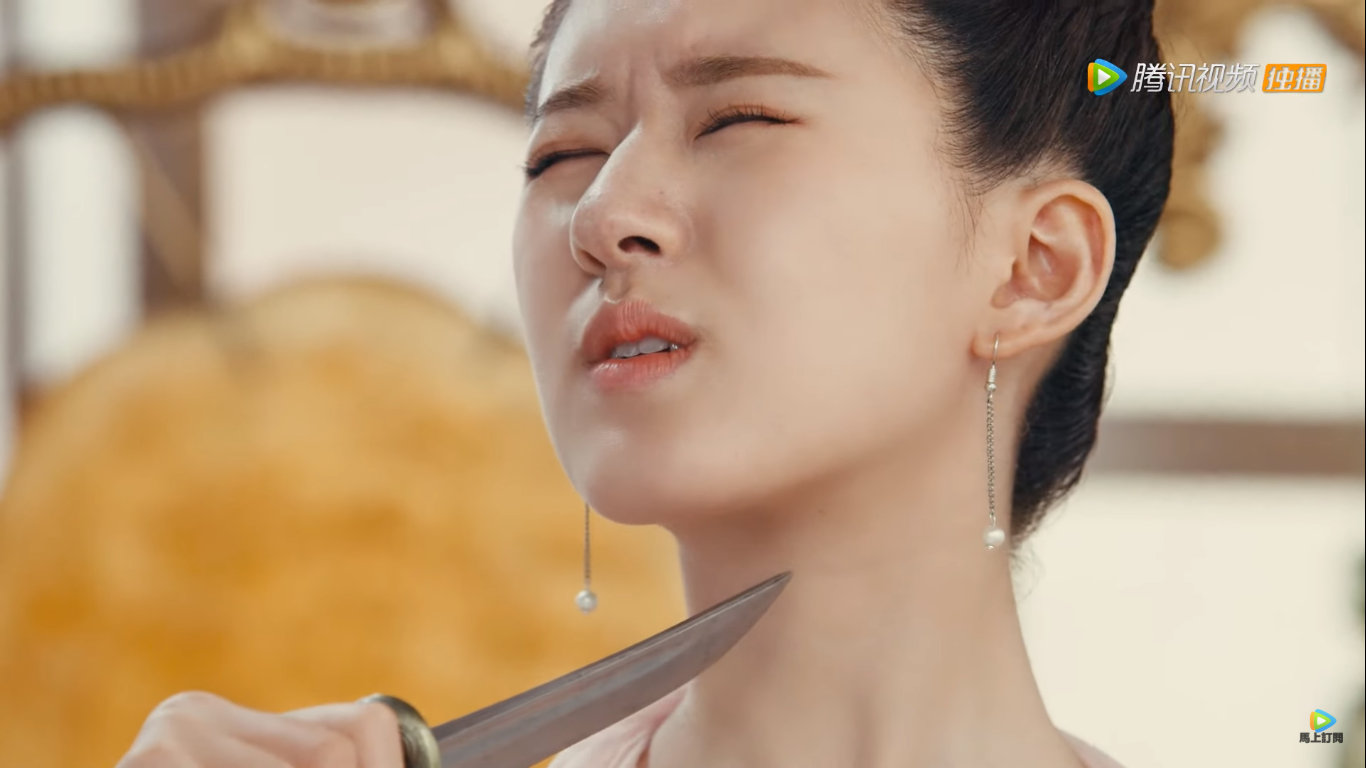 The next morning, Chen Qian Qian wakes up and is angered that she’s still stuck inside the world of her script. Turns out she fainted from being drunk rather than from poison. As she ponders why she’s still alive when her character is supposed to be dead, she comes up with an idea that maybe her death would send her back to the real world. She tries varies ways to kill herself, but isn’t able to do it due to her fear of pain. Unable to kill herself, she resolves to stay around until the end of the drama, which means she’ll need to get the male and female lead together. 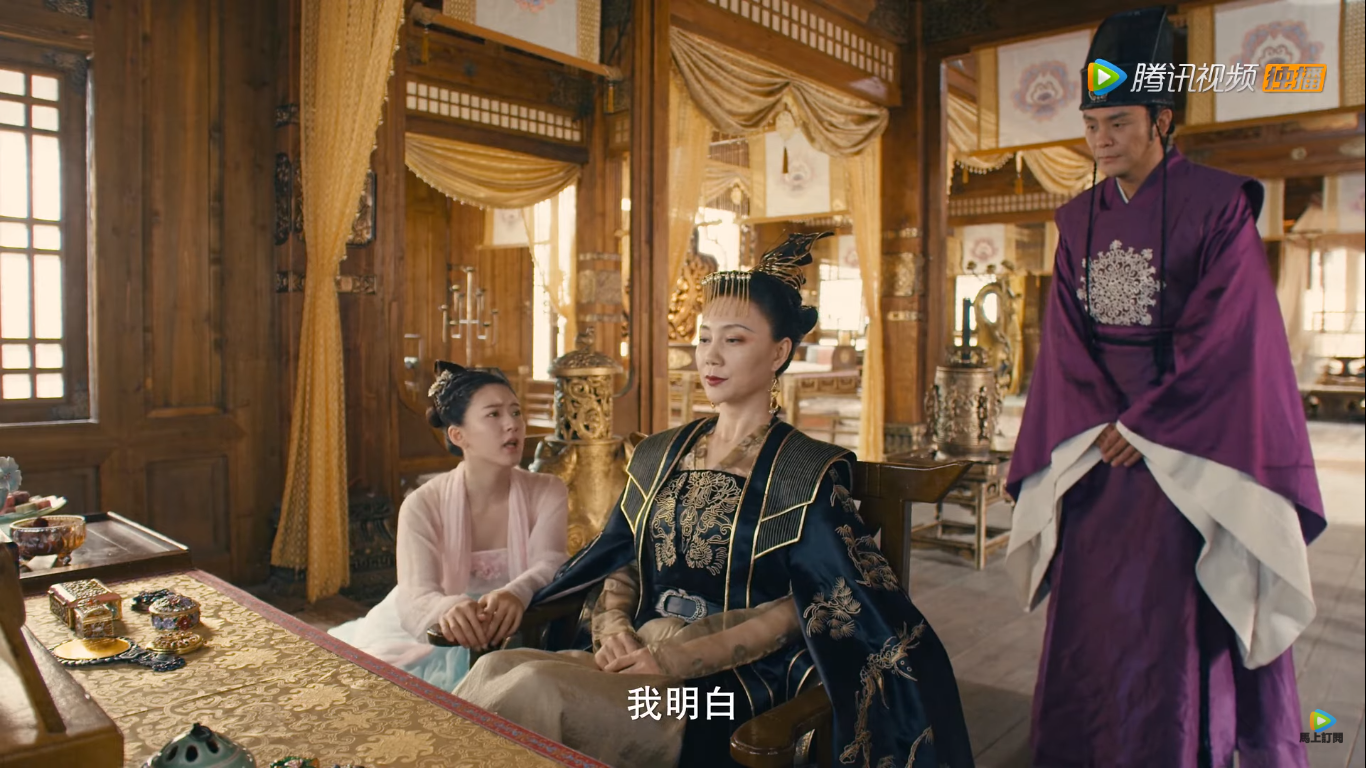 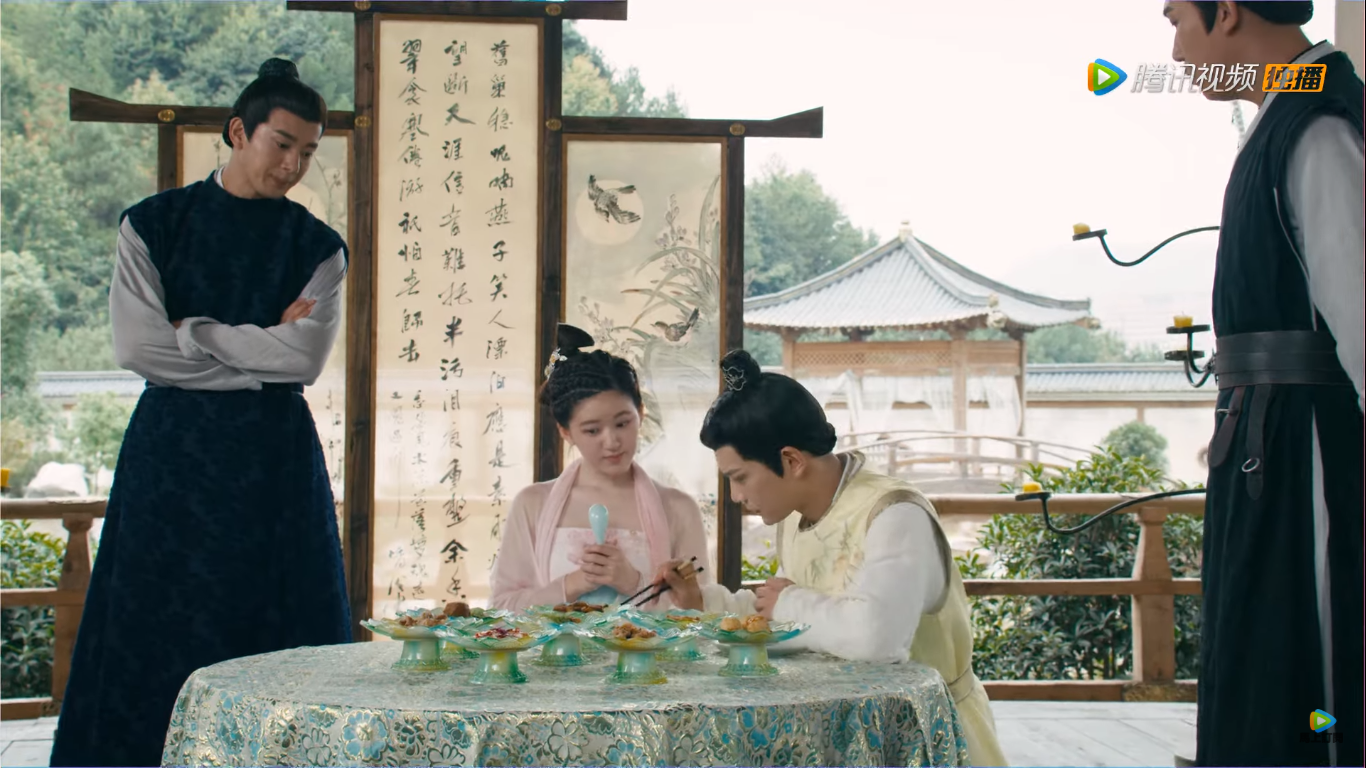 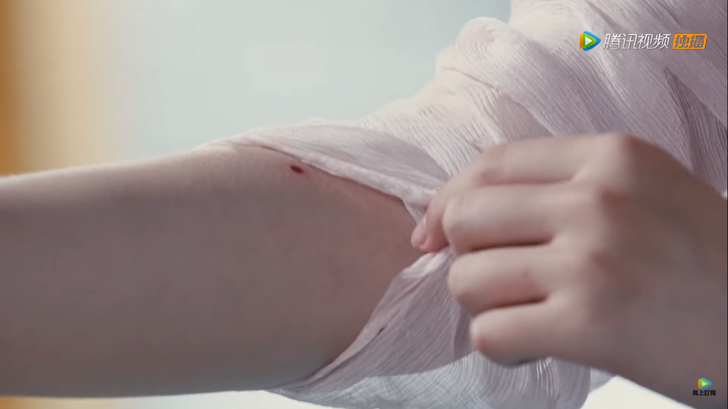 Later on, Chen Qian Qian dines with her mother. While she is busy eating, her mother notices that her gecko cinnabar mark is still visible on her arm, which means that she’s still a virgin. Her mother gets furious and reprimands her for ruining her reputation for Han Shuo. Chen Qian Qian apologizes and begs her not to blame Han Shuo. She lies again that she in love with Han Shuo. 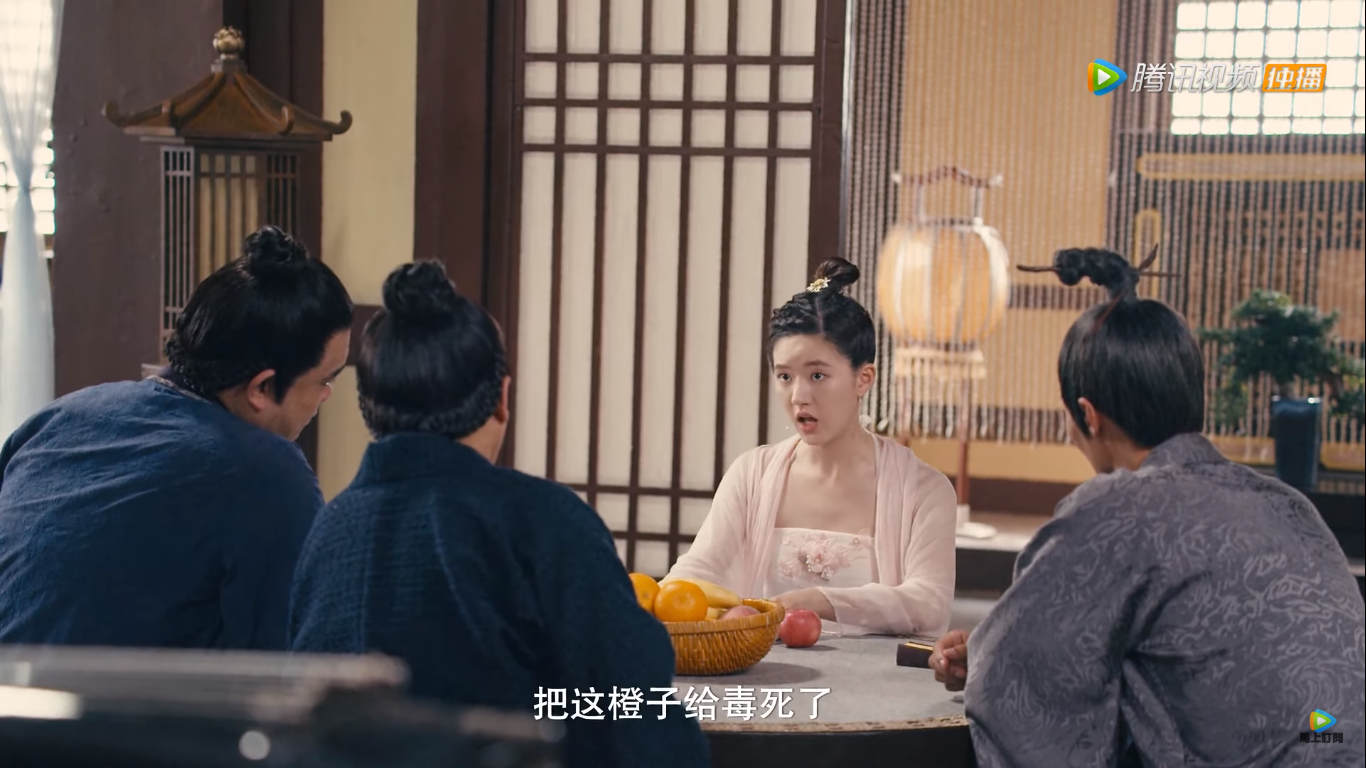 Back at home, Chen Qian Qian orders Zi Rui to find her the best storytellers in the city. Zi Rui gathers three men and they all meet privately at a tea house. Chen Qian Qian confides in the men of a story of how to get two people (Han Shuo and Chen Chu Chu) together when there is a third party (her) involved. She hopes that by consulting with the storytellers, they’d help her make plans on how to help her get Han Shuo and Chen Chu Chu together so she can successfully leave. The men advise her to get rid of the third party, but Chen Qian Qian refuses since that means killing herself. They eventually come up with a plan where Han Shuo will get saved by Chen Chu Chu. 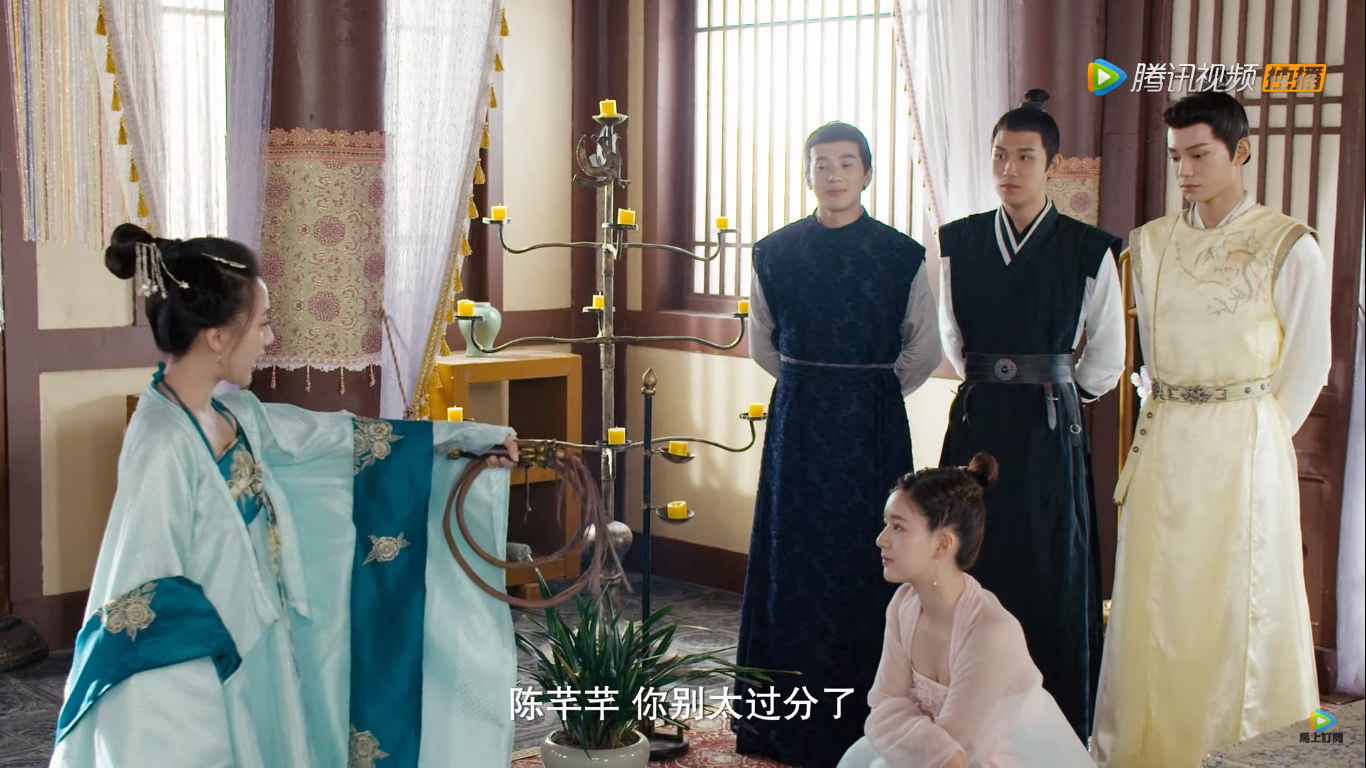 Chen Qian Qian drags Han Shuo to the Music and Dance Academy, which is under the control of Lin Qi, a friend of Chen Chu Chu’s and Chen Qian Qian’s rival. Upon meeting Lin Qi, Chen Qian Qian suggests a competition between Han Shuo and a man from the academy. Han Shuo is angered since this competition will humiliate him but abides since he has no choice. Lin Qi chooses Su Mu as Han Shuo’s competitor. Su Mu chooses to play a musical piece while Han Shuo displays his sword skills. As the competition ensues between the two men, Chen Qian Qian starts to get restless when Chen Chu Chu hasn’t appeared yet. 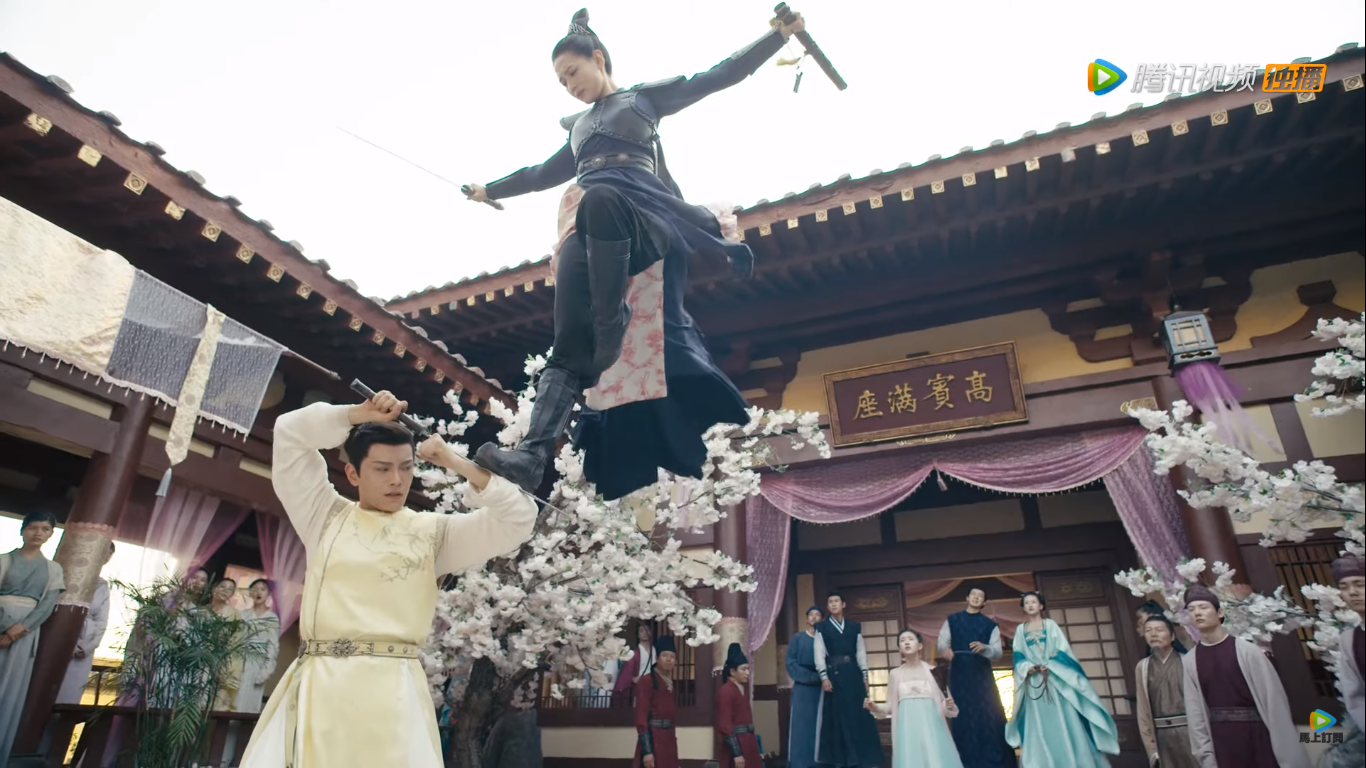 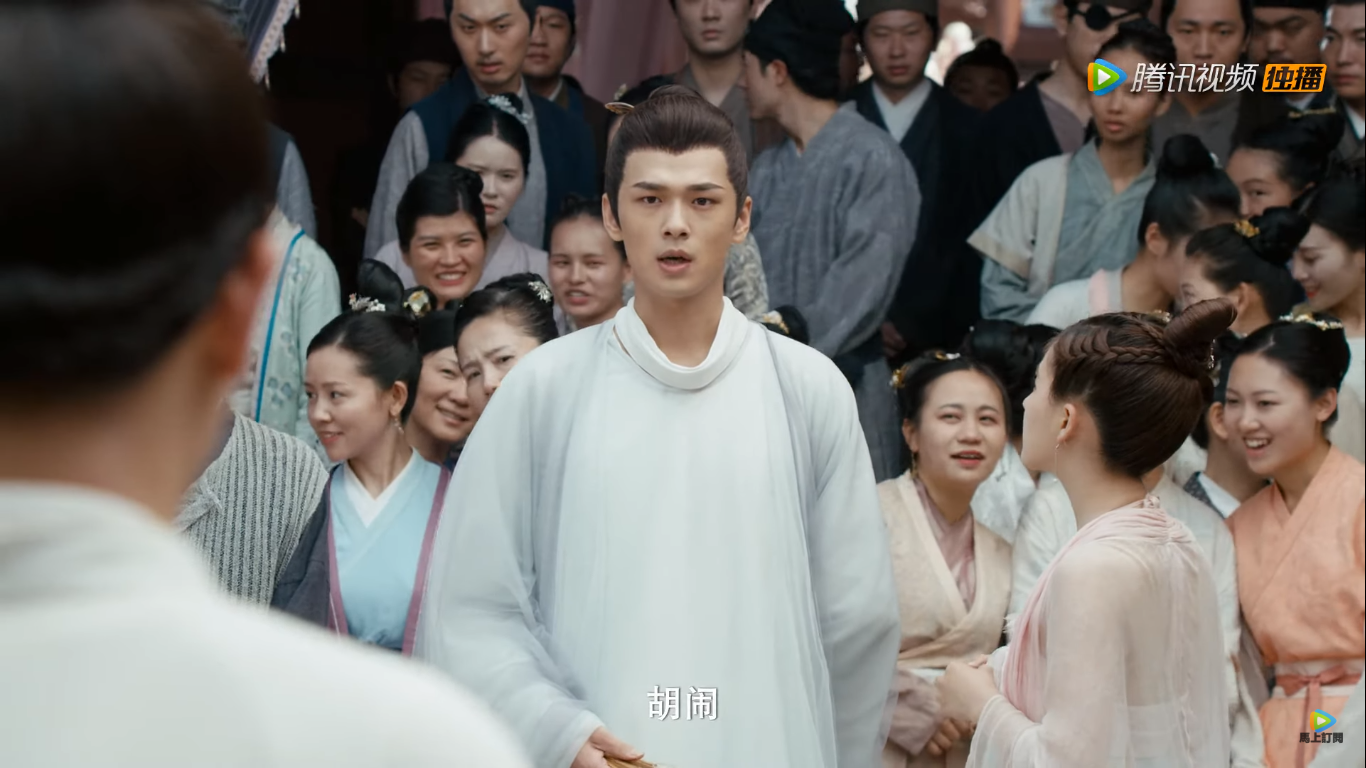 Their fighting is stopped by Pei Heng, the Minister of Education and Chen Qian Qian’s fiancé, intervenes. 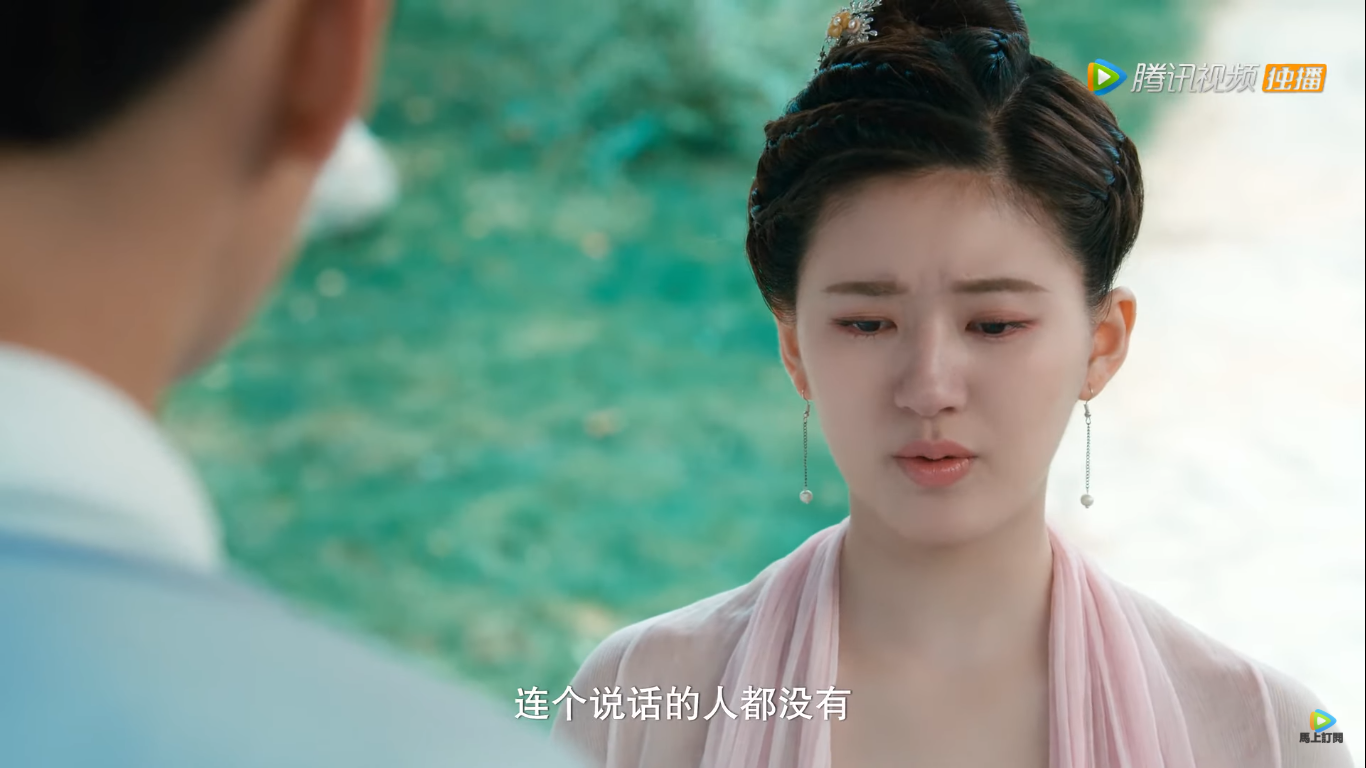 After the fighting stops, he takes Chen Qian Qian to the side and lectures Chen Qian Qian for being too harsh on Han Shuo. He reminds her that Han Shuo is in their city without any friends and family, so he must be feeling lonely and unhappy. Hearing his words, Chen Qian Qian bursts into tears. Her reaction surprises Pei Heng, who is not used to seeing Chen Qian Qian vulnerable. But she shocks him even more when she apologizes, which makes Pei Heng speechless.