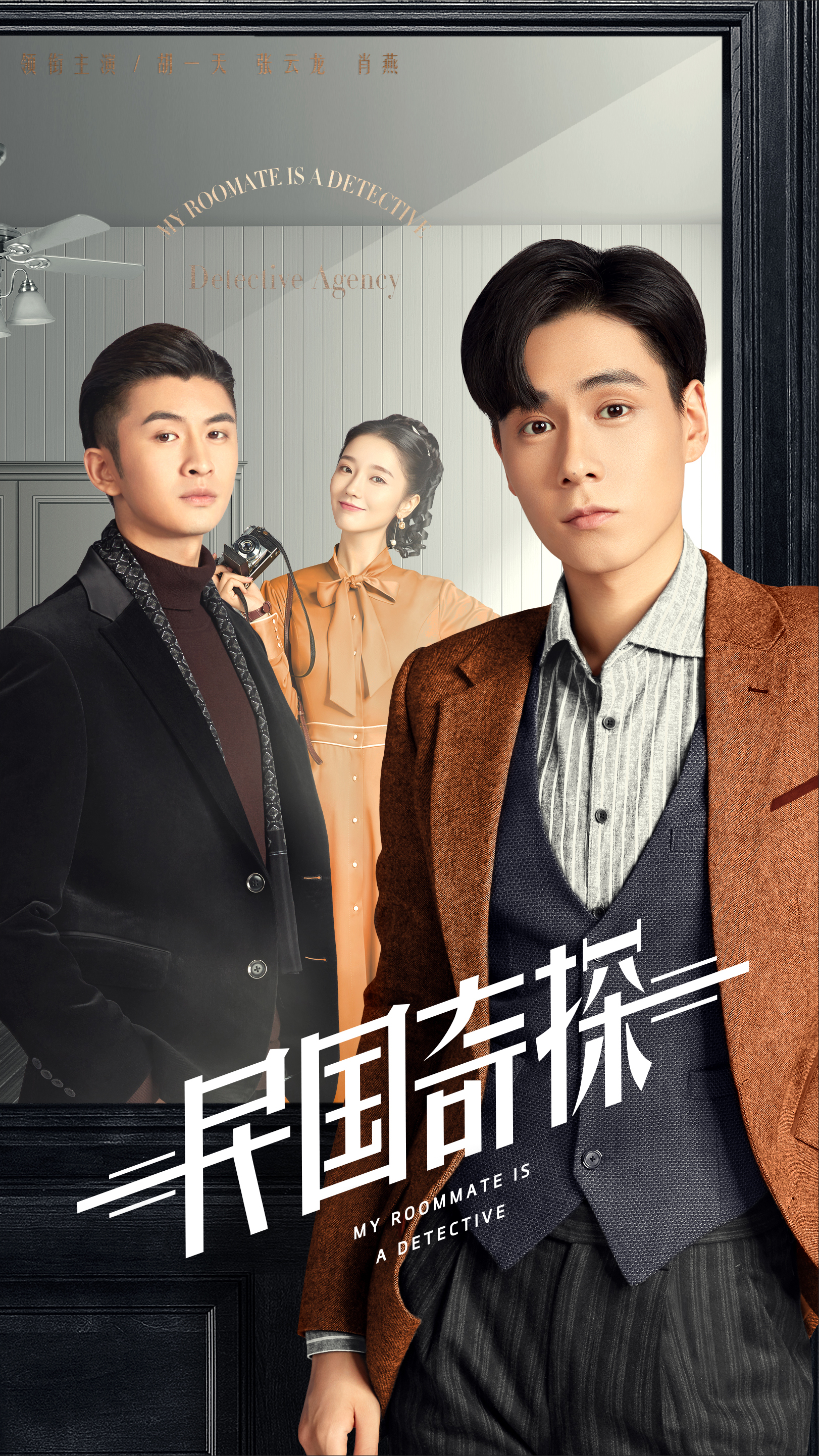 Brotherhood, mystery, crime, thriller… All of that is in this drama! 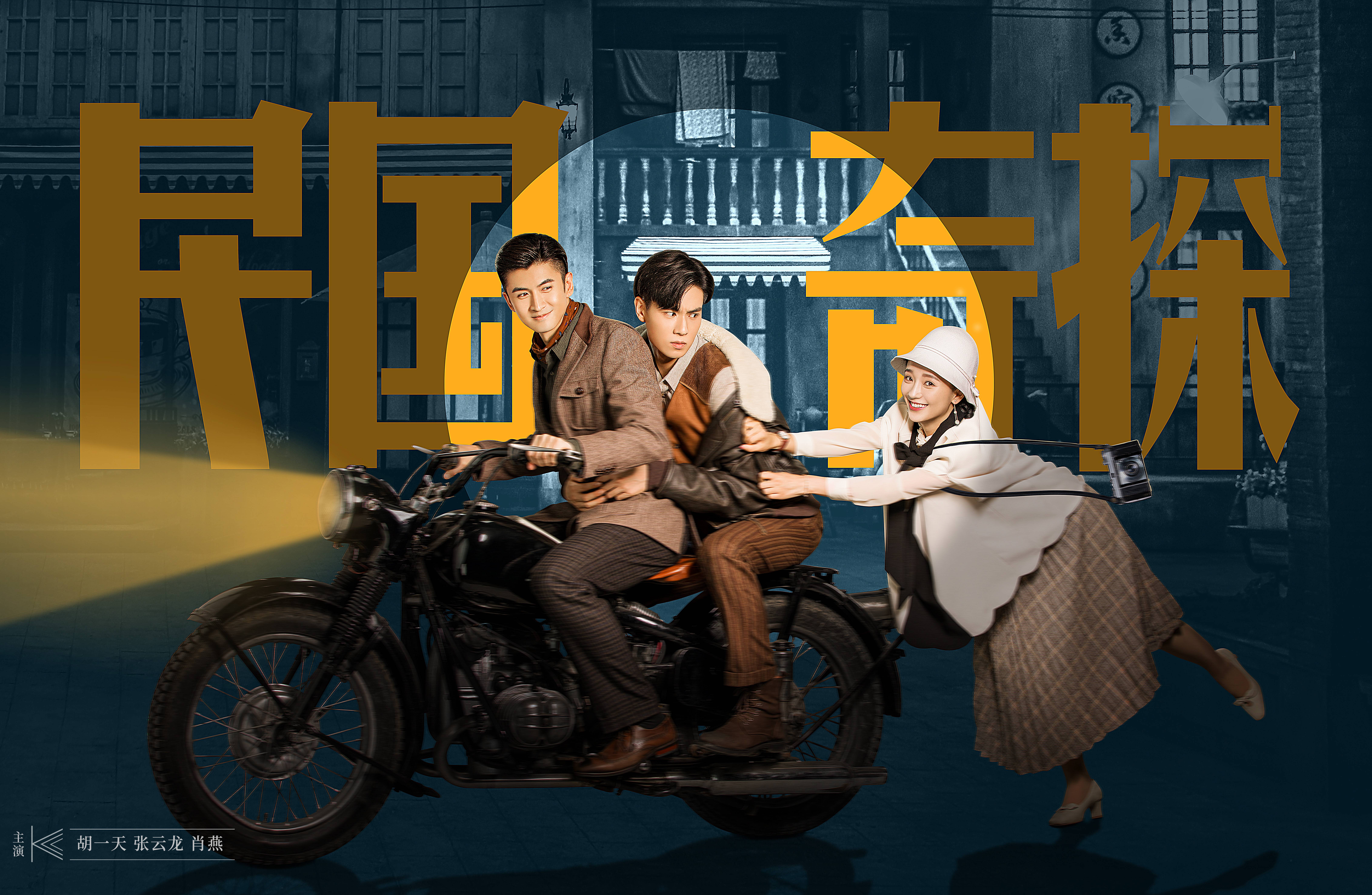 Supporting one of my favorite up-and-coming actresses, Xiao Yan!!! And also for the male leads, Hu Yi Tian and Zhang Yun Long.

One morning, Lu Yao (Hu Yi Tian) wakes up to an abrupt call. As he grumpily answers the phone, the person on the other side warns him that the Concession Police are on their way to get him. Lu Yao immediately takes off, but soon ends up getting cornered by Qiao Chu Sheng (Zhang Yun Long).

As he is being interrogated, Lu Yao realizes that he is being suspected of murdering a local gang boss, Chen Qiu Sheng. Qiao Chu Sheng, who is leading the investigation, introduces himself as an inspector of the Concession Police and starts to question Lu Yao’s whereabouts during the murder. He tells Lu Yao that he is the primary suspect since he and the deceased had gotten into a fight prior to the murder. Lu Yao admits that he did meet Chen Qiu Sheng, but only to collect his debt since he owed a lot of money. But the minute Lu Yao asks for the money, Chen Qiu Sheng throws Lu Yao out of the house. After telling his story, Qiao Chu Sheng doesn’t believe him. Lu Yao asks why and they reveal that if he didn’t have a guilty conscience, he wouldn’t have taken off when they came to arrest him. Lu Yao then confesses that after Chen Qiu Sheng threw him out, he was angry and scratched his car and broke the windows. He thought they were coming to get him for trashing the car. Chen Qiu Sheng still doesn’t believe him, but Lu Yao says he has an alibi, as someone had seen him do it.

After confirming from the alibi that Lu Yao had indeed damaged the car, Qiao Chu Sheng asks Lu Yao to team up with him to help solve the case to clear his name. Lu Yao isn’t interested but agrees to help so that his reputation doesn’t get damaged. They are eventually joined by the headstrong female journalist, Bai You Ning (Xiao Yan), who is looking for a new story to secure her job… 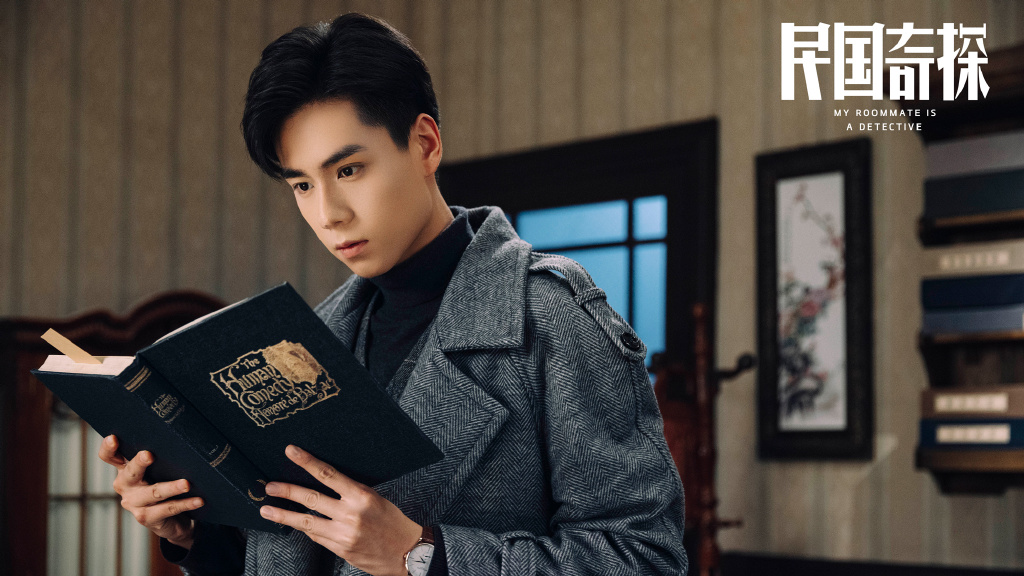 Lu Yao (路垚), Hu Yi Tian
He graduated from the University of Cambridge in the UK, and majored in math and medicine. His high IQ made him an amazing businessman, and he easily manages to snag a job as a stock manager at the Bank of Sassoon’s Stock Department. However, his reputation is damaged after being involved in the Qiu Chen Sheng murder case and he ends up losing his job. But he has potential and is talented, and Qiao Chu Sheng recruits him to be a consultant for the Concession Police. Despite this, though, Lu Yao is disliked by many people due to his arrogance and obnoxious personality. 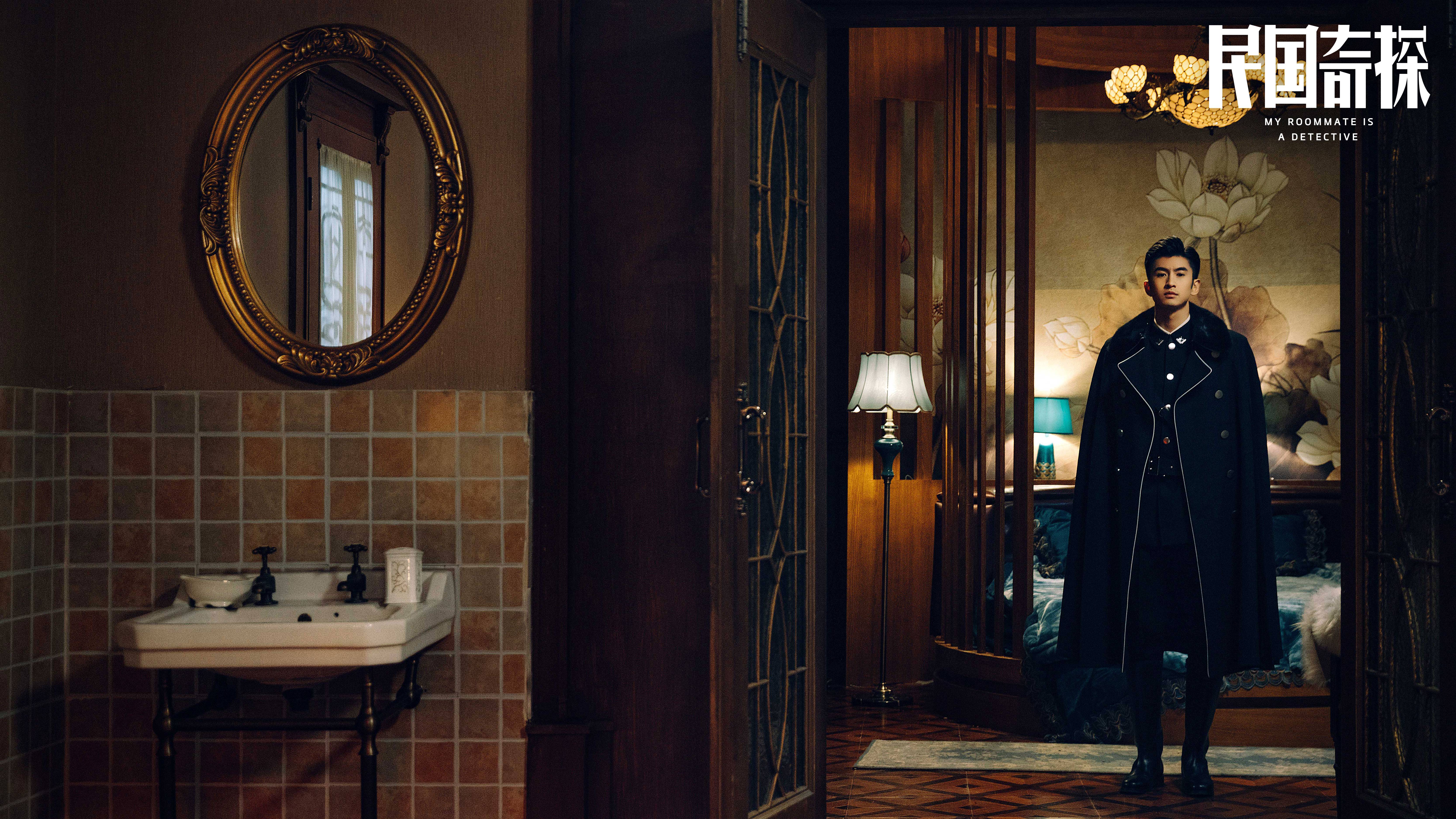 Qiao Chu Sheng (乔楚生), Zhang Yun Long
The newly appointed inspector for the Concession Police. He is calm and good at what he does. He always thinks before he acts and is an excellent investigator. He is good friends with Bai You Ning and supported by her father, who was the one who gave him the job. 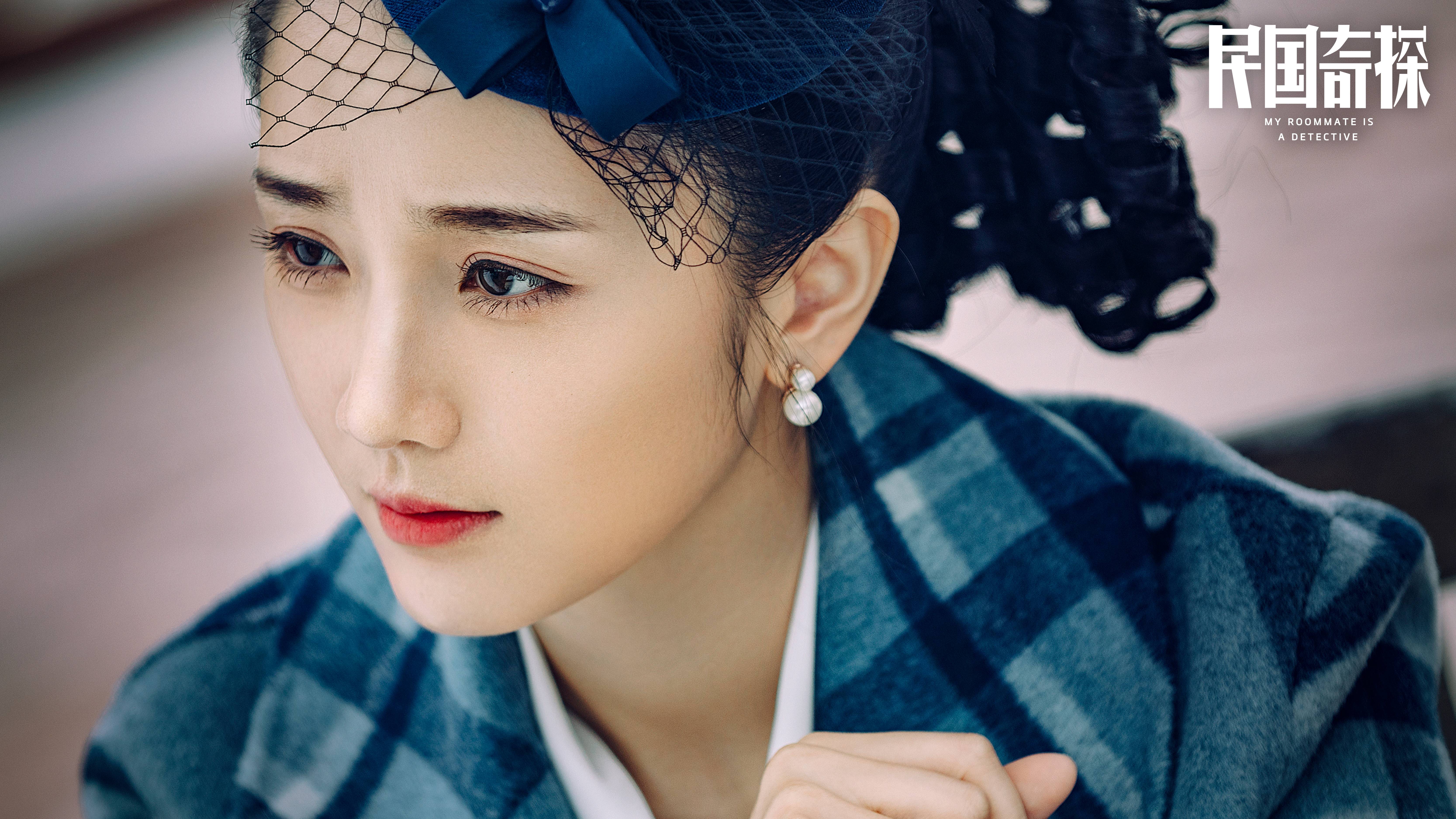 Bai You Ning (白幼宁), Xiao Yan
She comes from a rich family. She currently works as a writer for the local newspaper. Although she mainly writes tabloids and gossip, she is actually interested in getting the truth out to the people. She is always following Qiao Chu Sheng around to get new things to write about. 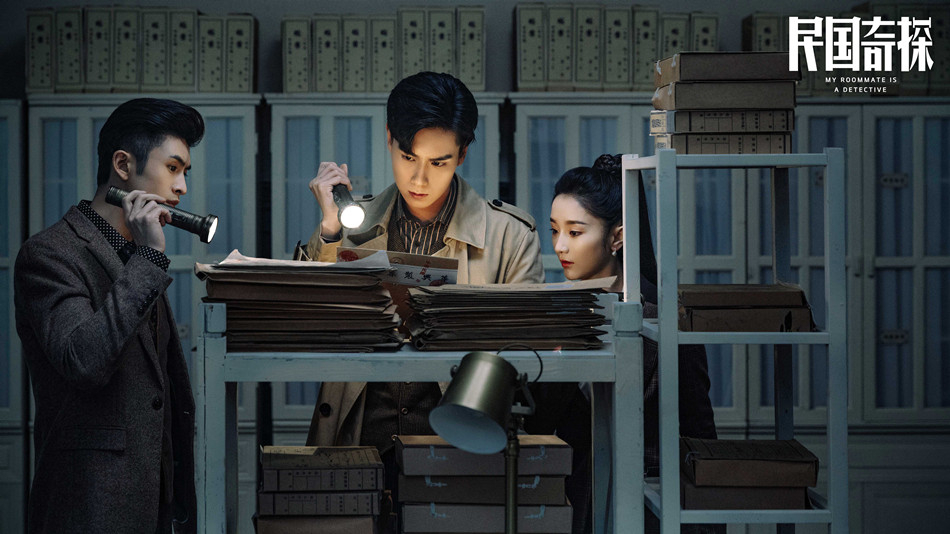 The drama follows three main characters, but the center of focus is Lu Yao. He’s a self-centered and narcissistic 24-year old man with genius abilities. The beginning of the drama starts off with him wrongly being accused for a murder. He ends up teaming with fellow policemen and inspector, Qiao Chu Sheng, to solve the case so that his name is cleared. As the two work together, Qiao Chu Sheng begins to recognize Lu Yao’s talents in solving cases and starts to admire the young man. After Lu Yao is proven innocent, he ends up losing his job, but is recruited by Qiao Chu Sheng to be a consultant to help solve cases for him. Although reluctant, Lu Yao agrees when it’s the only option for him to earn money. This is also when he finds out that Bai You Ning is his new roommate, hence the title. 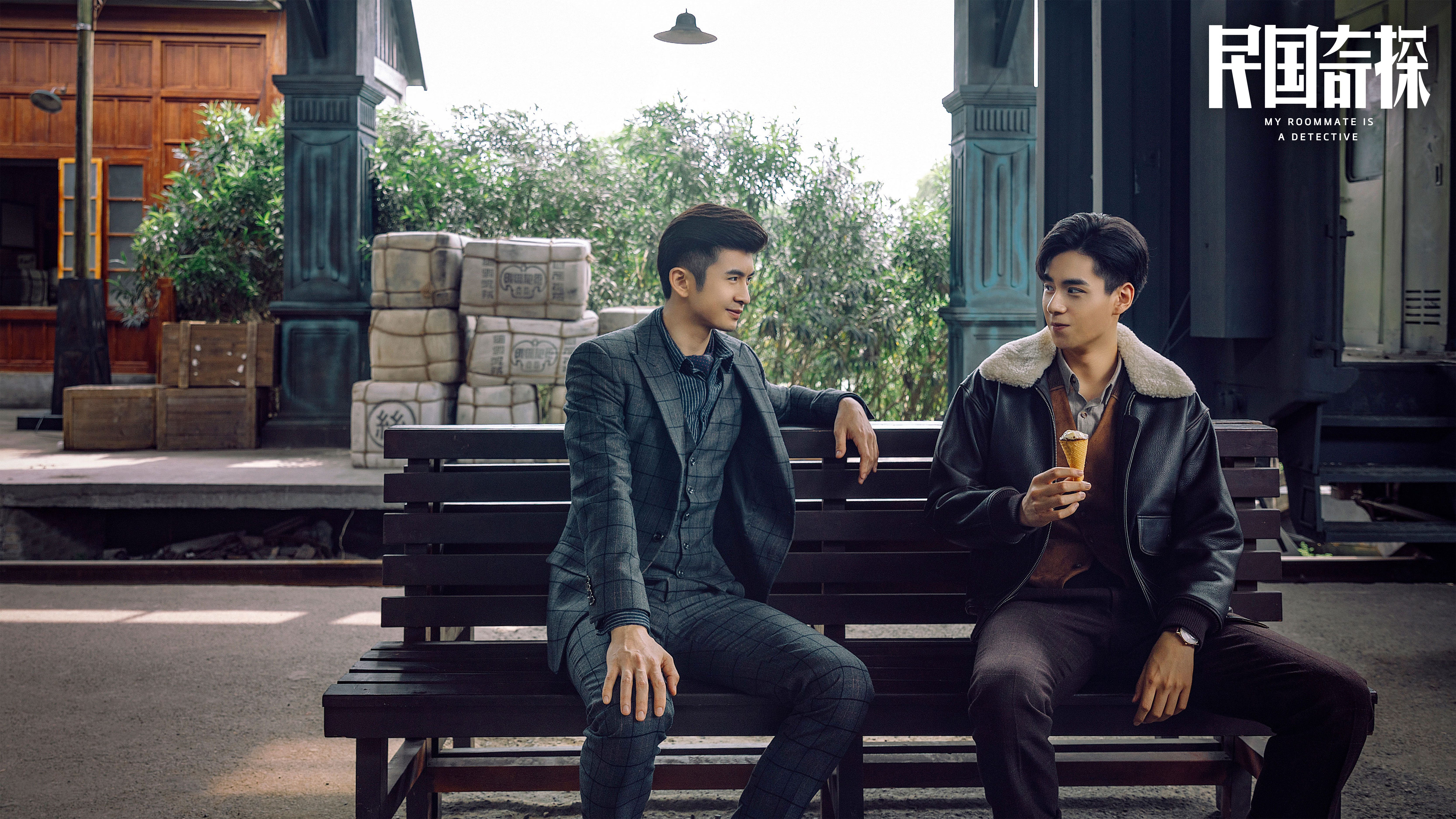 So far, I think this drama is doing pretty good and can be quite hilarious at times. I like that it doesn’t beat around the bush, and the three main characters really are the ones who helps the drama move forward rather than the other way around. And, because it doesn’t beat around the bush, the pacing the drama is good and not draggy. The cases are solved within 2 episodes. Even though the cases are solve quickly, there is still enough action for us to see how Lu Yao and Qiao Chu Sheng worked together to find the clues and convict the murderers. In the beginning, Lu Yao seems egoistic and selfish, but he’s actually quite a nice guy and is harmless. Qiao Chu Sheng, on the other hand, is definitely the better of the two and the big brother to Lu Yao. He’s an experienced man who’s come from poor beginnings and has the heavy responsibility to crack the cases assigned to him. You can tell immediately that his past is mysterious and there’s so much more to him than he portrays. But, of course, that won’t be revealed until farther down into the drama.

The only unimpressive character so far is Bai You Ning, the main female lead. I’ve always been impressed by Xiao Yan’s acting, and I was really looking forward to her in this drama, but her character is annoying. I like that she’s headstrong and can stand up for herself, but she is careless and doesn’t know how to care for others than herself. She is upright and an ally of justice, but her actions are questionable. For example, she is a writer for a local newspaper, but rather than report “the truth” she ends up altering the news to make it gossipy. Yes, she has to write something that catches the attention of people, but what she’s really doing is distorting facts and information. And to make it even worse, she has no remorse or sympathy to the people who end up getting harmed by her articles. For example, Lu Yao ends up losing his stable job because of her. She never apologizes to him and continues to do as she pleases. Granted Lu Yao wasn’t the best employee and not the nicest person to work with, but Bai You Ning really did go too far to insult him and ruin his reputation. 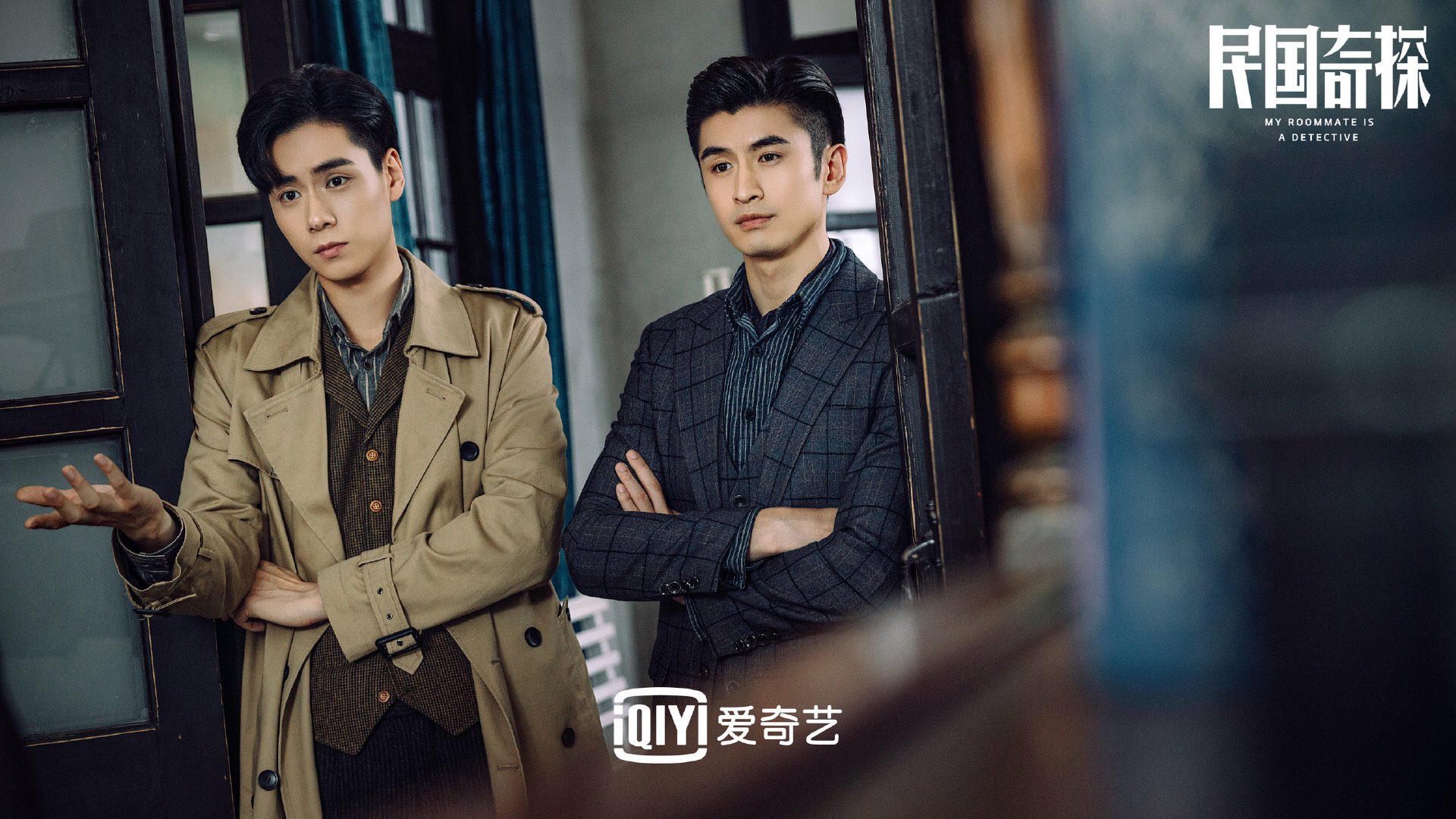 But other than Bai You Ning’s character, I don’t feel that there’s much drawback to this drama. The drama’s emphasis on crime and mystery is interesting, and it’s been fun to watch Lu Yao and Qiao Chu Sheng solve the cases one after another. It’s got great character development so far, especially for Lu Yao who is slowly becoming a more genuine and nicer person due to working alongside Qiao Chu Sheng. He started off as a selfish brat, but he’s becoming more mature with Qiao Chu Sheng’s guidance. And the more that they work with each other, the stronger their bond grows. I can’t wait when they develop a strong brotherhood. I know for sure that their friendship will be tested later on in the drama, but I hope that they’re able to overcome the hurdles and really become true partners. 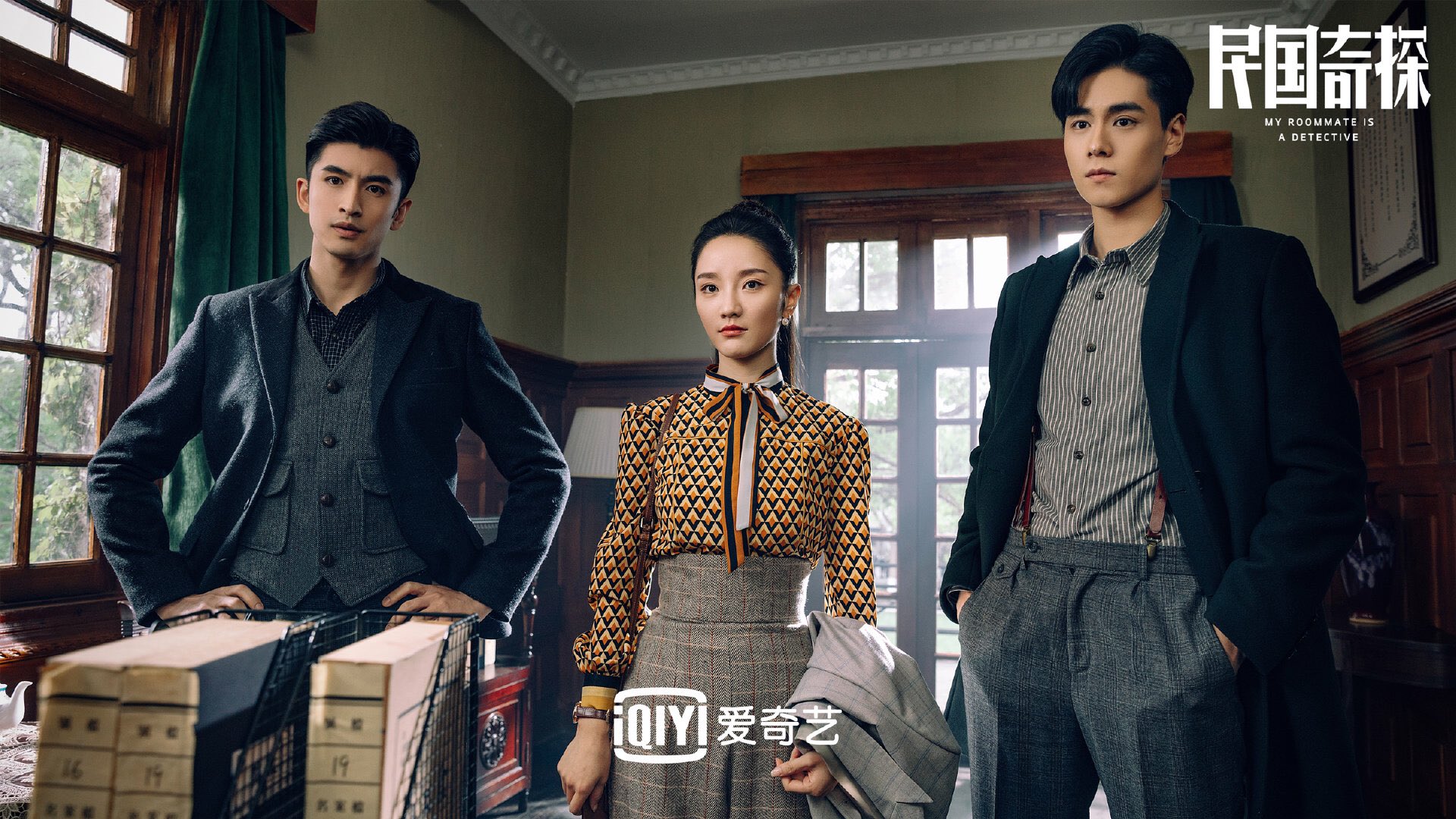 Overall, I think this drama is promising and worthwhile. There is a lot of political things going on in the background, so if you’re not familiar with the Republican era of China, then you might be confused as to what is going on. However, a quick research about the political turmoil during this time can give you enough background information about what’s going on. For starters, just know that this is the time in China where foreign forces from Europe are starting to colonize China. Anyway, if you like mystery and crime dramas, definitely check this one out. I don’t think you’ll be disappointed. If you like brotherhood dramas, this will be a good drama, too. If you like strong female leads, don’t check this one out. Xiao Yan is a great actress, but her character isn’t the best here. However, I’m planning on sticking to this drama for as long as I can so that I can learn more about Lu Yao and Qiao Chu Sheng.

One thought on “[First Impression] My Roommate Is A Detective (民国奇探)”