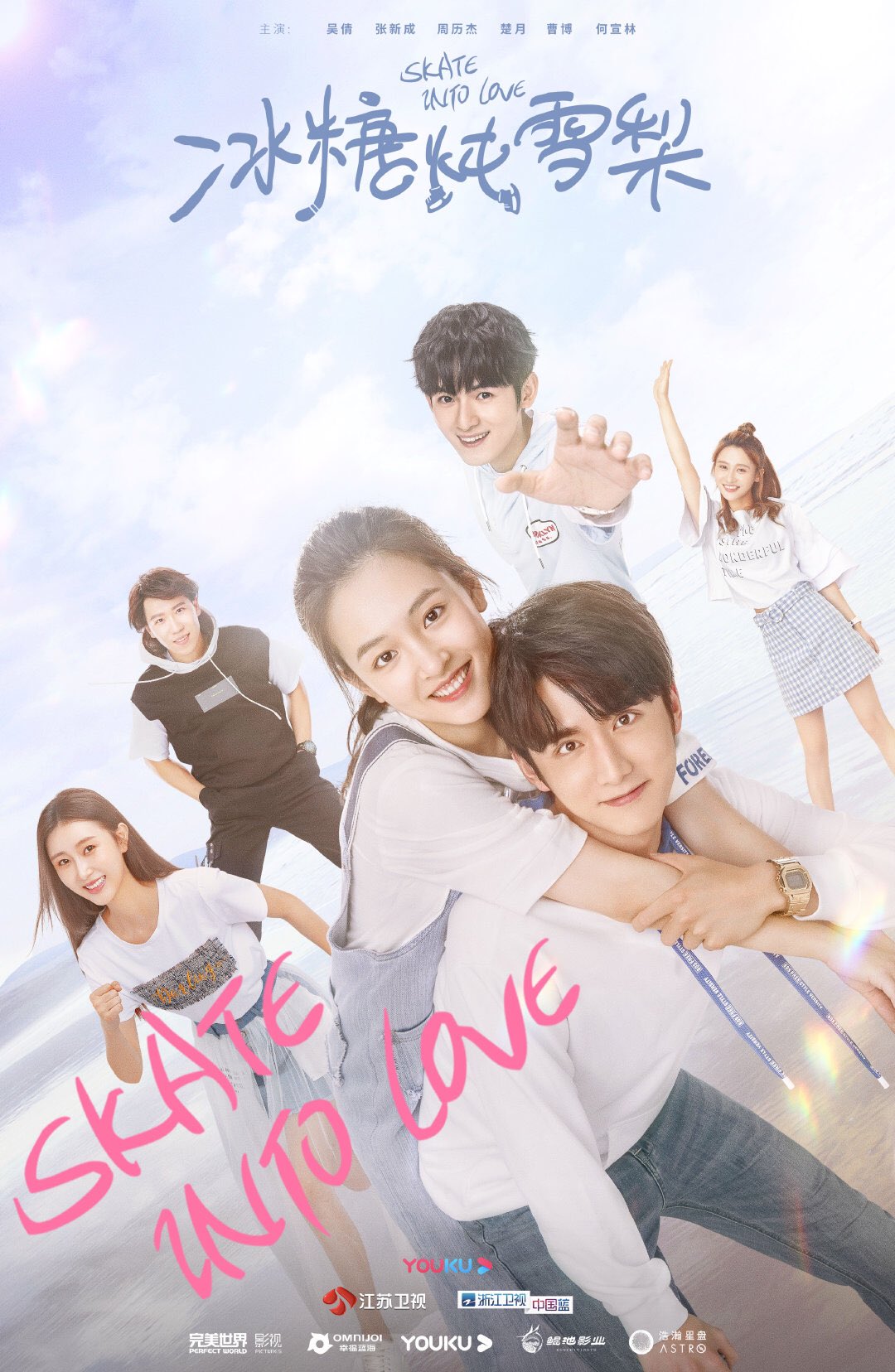 Here it is! The youth sports drama that is directed by the same team behind Ashes of Love. This drama is also part of the production team’s “Honey Trilogy”, which Ashes of Love is the first part and Skate Into Love is the second. The third, Love When The Stars Fall, is currently in production with an unannounced cast. Anyway, the drama so far as been hilarious! Zhang Xin Cheng and Wu Qian are great together, and I’m totally enjoying this drama a lot.

For the Wu Qian and Zhang Xin Cheng pairing!!! ❤

Tang Xue successfully transfers to Lin Cheng Union University with her best friend, Liao Zhen Yu. She ends up being roommates with her other best friend, Xie Meng Huan. During her first day at school, she decides to apply to be the assistant for the school’s hockey team, the X-dragons, unbeknownst to her that she will actually be the assistant to Li Yu Bing, the team’s star player.

Later that night, Tang Xue ends up showering at the Sports Center because her dorm’s showers are broken. As she is showering, Li Yu Bing also comes in and ends up showering in the stall next to hers. When he asks to use her shampoo, Tang Xue realizes that the person showering next to her is a man. She gives him her shampoo and quickly runs out. When Li Yu Bing tries to return the shampoo, he realizes that she’s gone. He goes out and finds her ID card, and some of her personal belongings, on the ground and realizes that it was Tang Xue who was showering next to him. He remembers her as the girl who bullied him during their childhood. 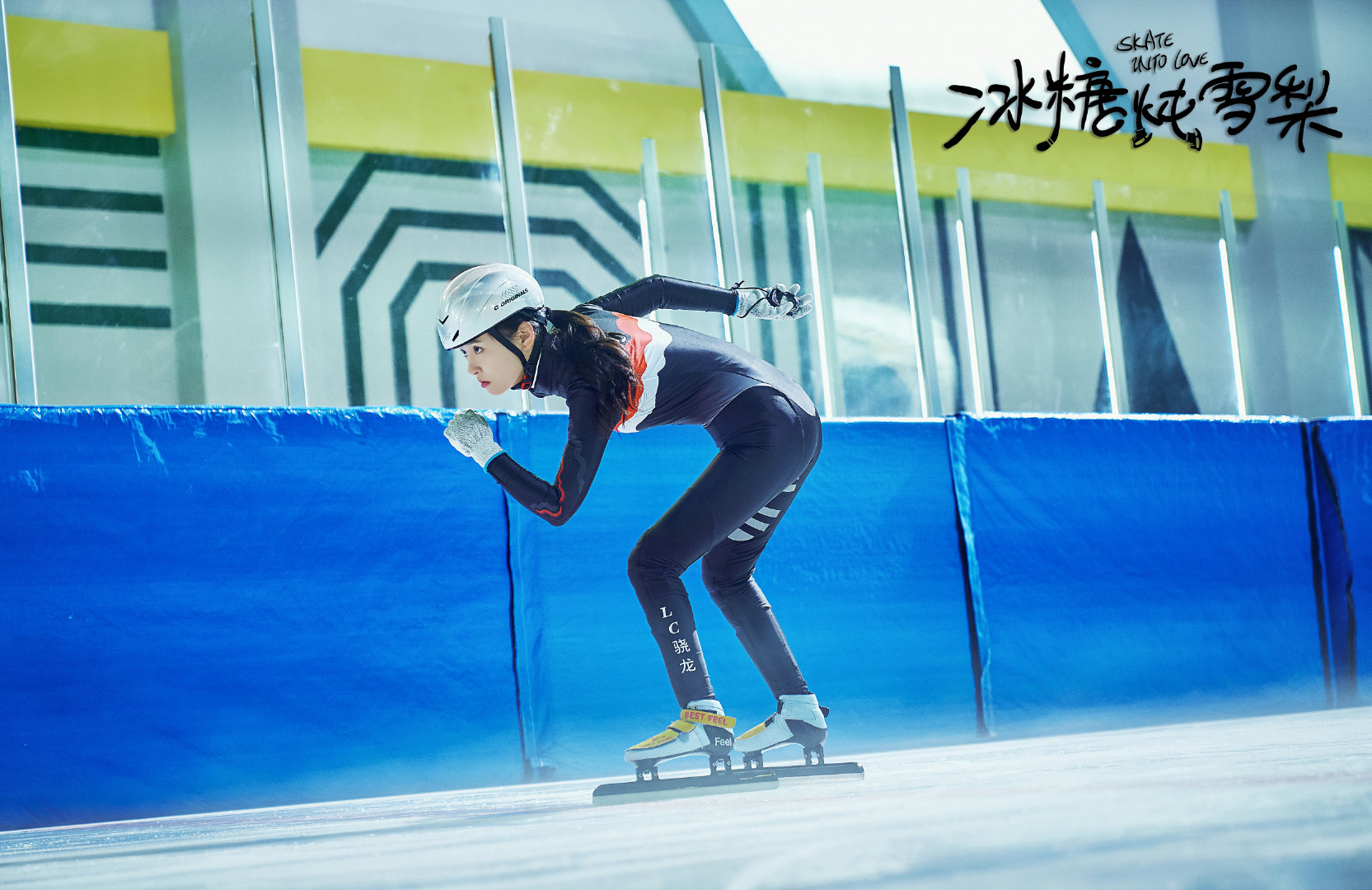 Tang Xue (棠雪), Wu Qian
A former speed skater and current first year at Lin Cheng Union University. Due to an injury, she quit speed skating and settled on majoring in veterinary science. As a child she often bullied Li Yu Bing, which traumatized him and is the reason why he harbors resentment towards her. But, despite this, she is genuinely a kind person who is always looking out for others and takes good care of other people. 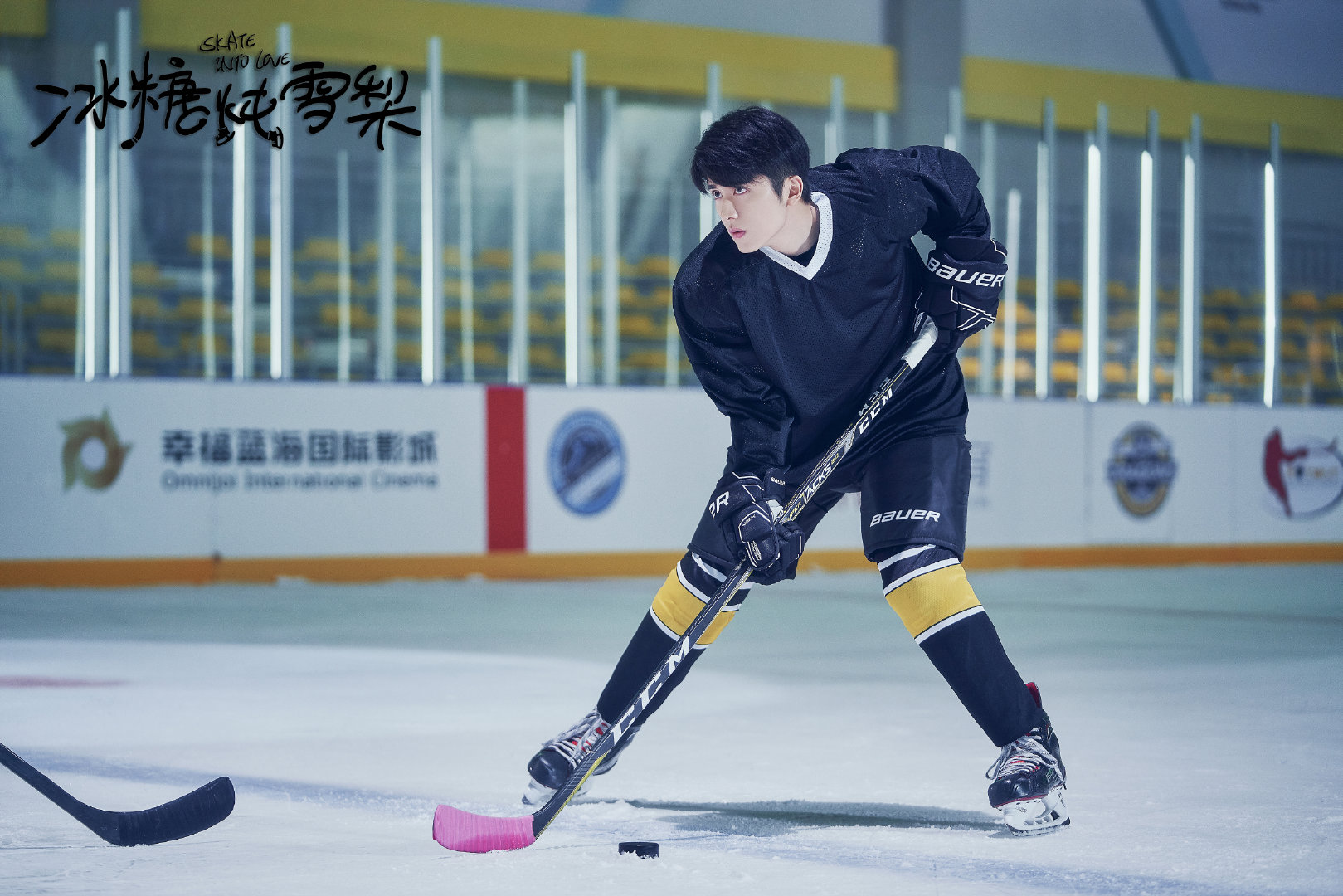 Li Yu Bing (黎语冰), Zhang Xin Cheng
He is the star player for the X-Dragons, the hockey team at Lin Cheng Union University. He is known as the Ice God and has numerous female fans that idolize him. Although he is the same age as Tang Xue, he skipped a grade in high school, which is why he is a 2nd year in college. As a child, he hated Tang Xue for bullying him, and plans to get revenge when they met again. 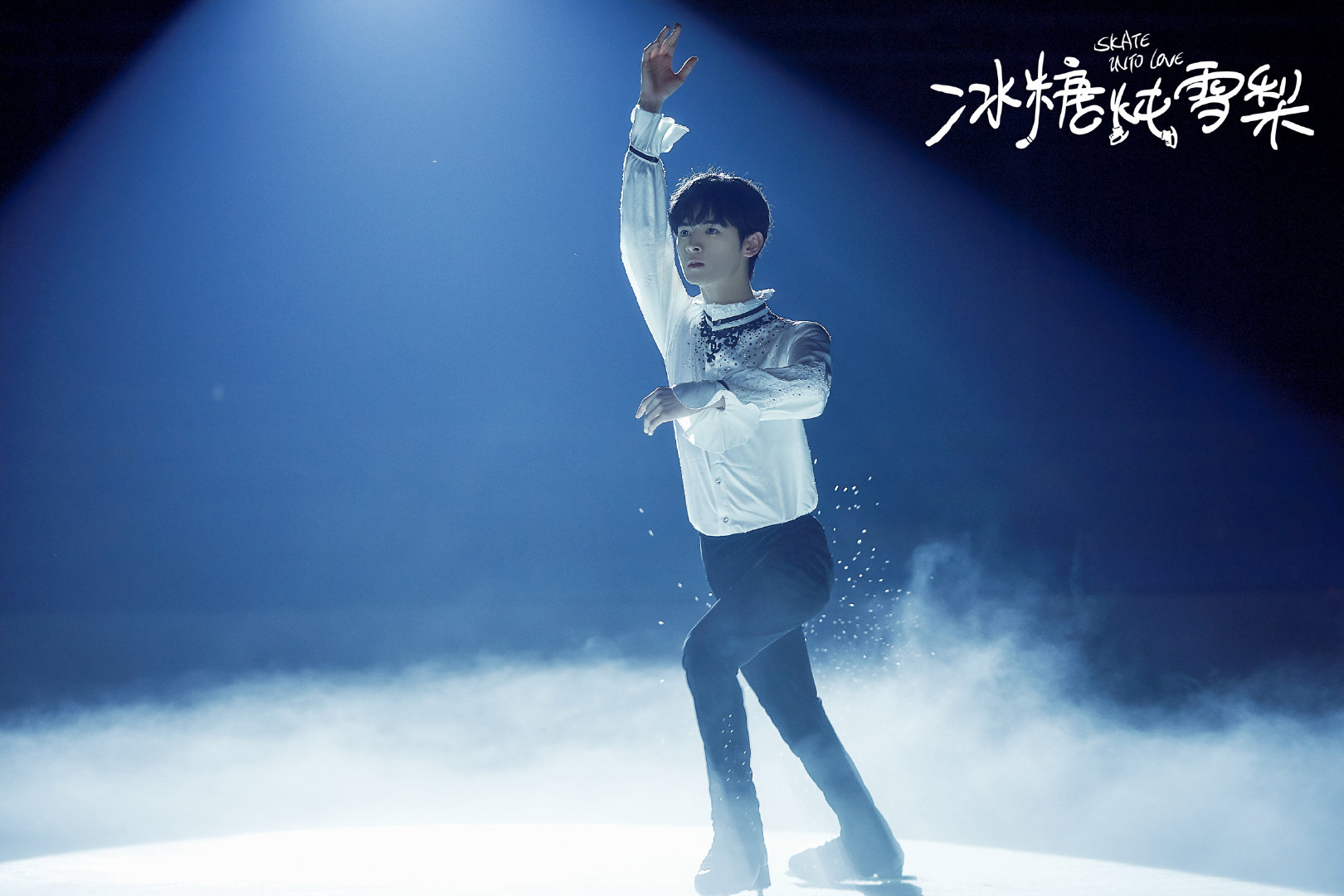 Yu Yan (喻言), Zhou Li Jie
A young champion figure skater. He is recruited to enroll at Lin Cheng Union University. He is quiet and timid and doesn’t interact much with others. Tang Xue befriends him and ends up taking care of him. 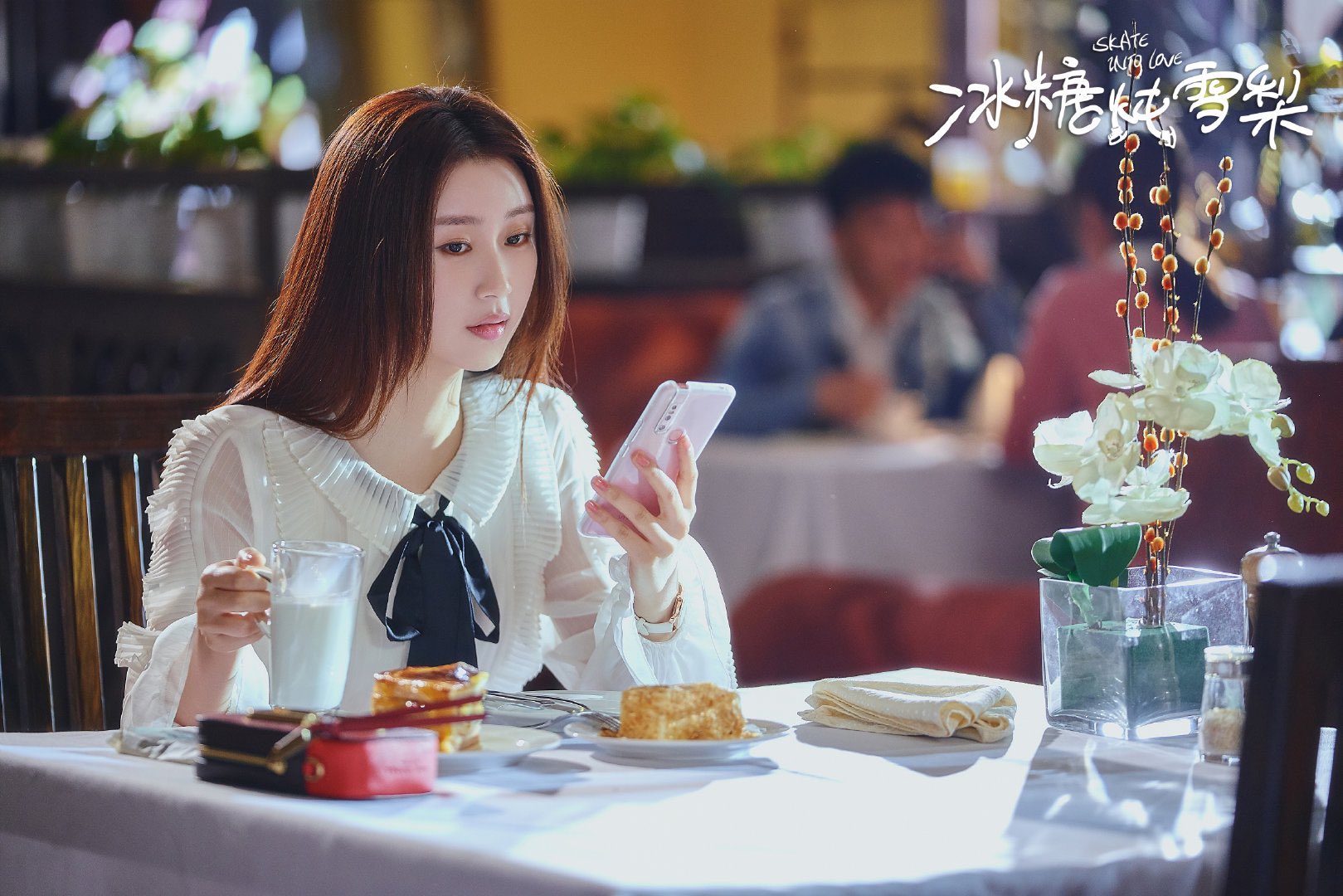 Zhou Ran (周染), Chu Yue
Tang Xue’s cousin. She is majoring in broadcasting and has a crush on Li Yu Bing. 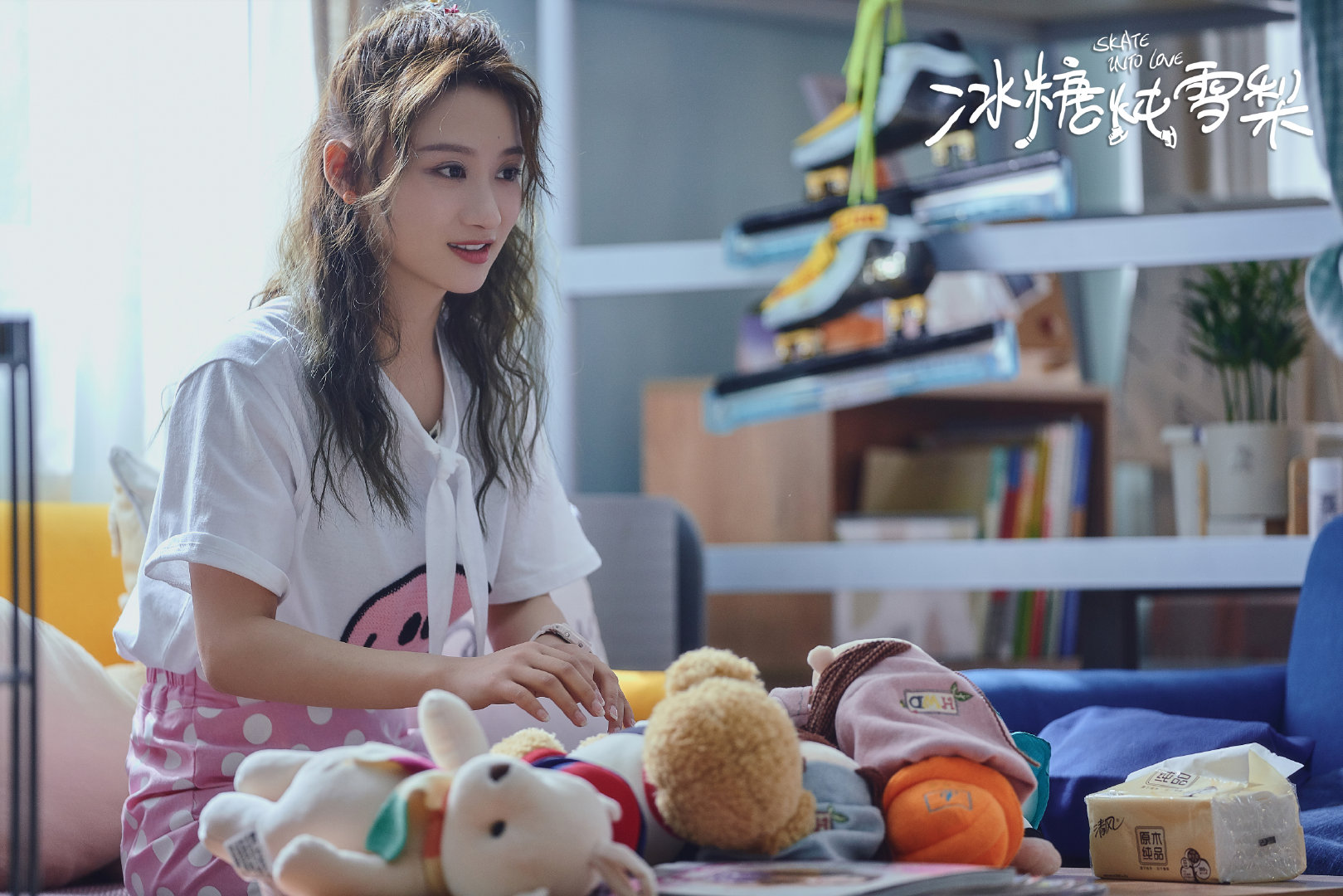 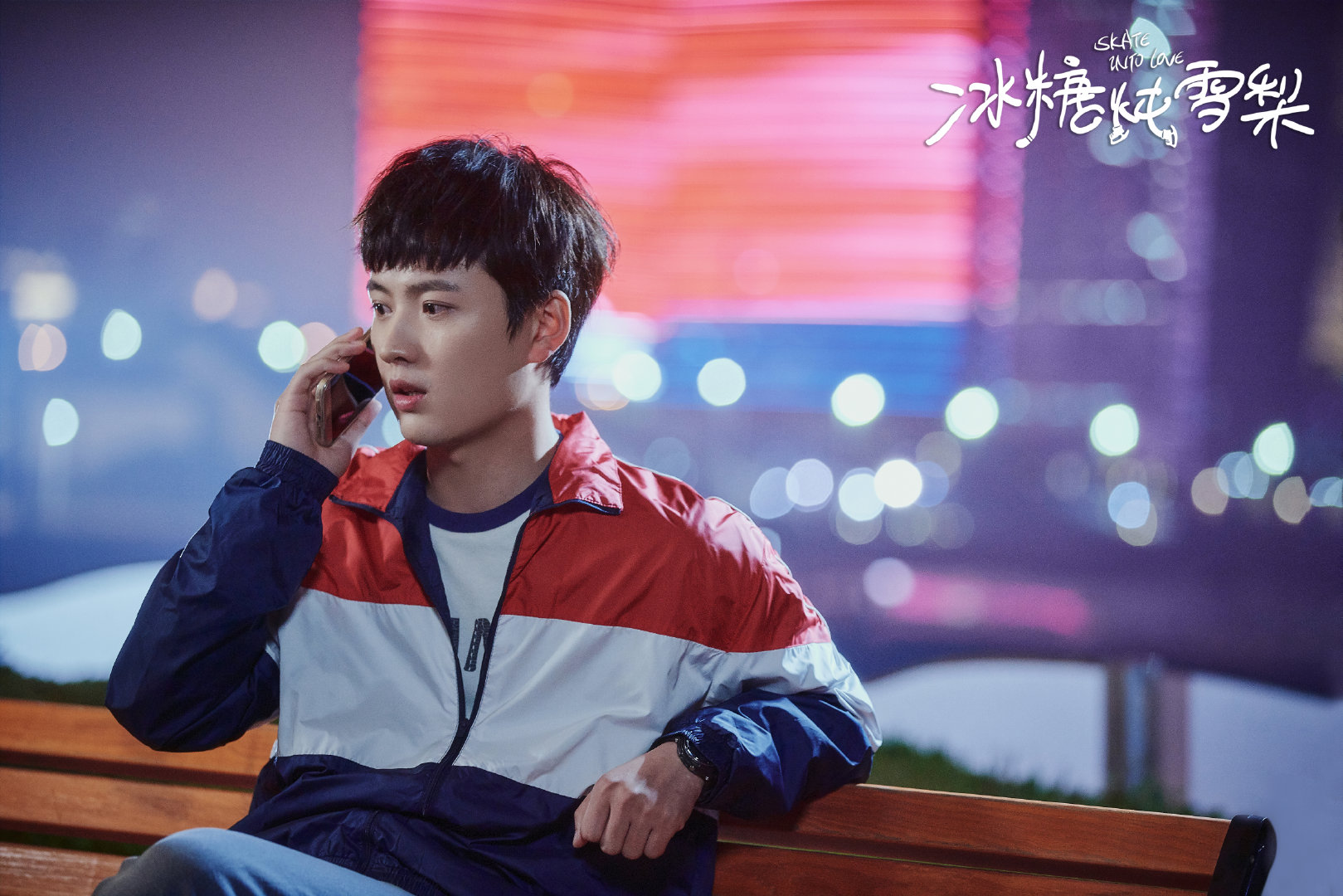 Liao Zhen Yu (廖振羽), Qin Tian Yu
Tang Xue’s high school best friend who follows her around and does everything for her. He falls for Xia Meng Huan and tries to get close to her as much as he can. 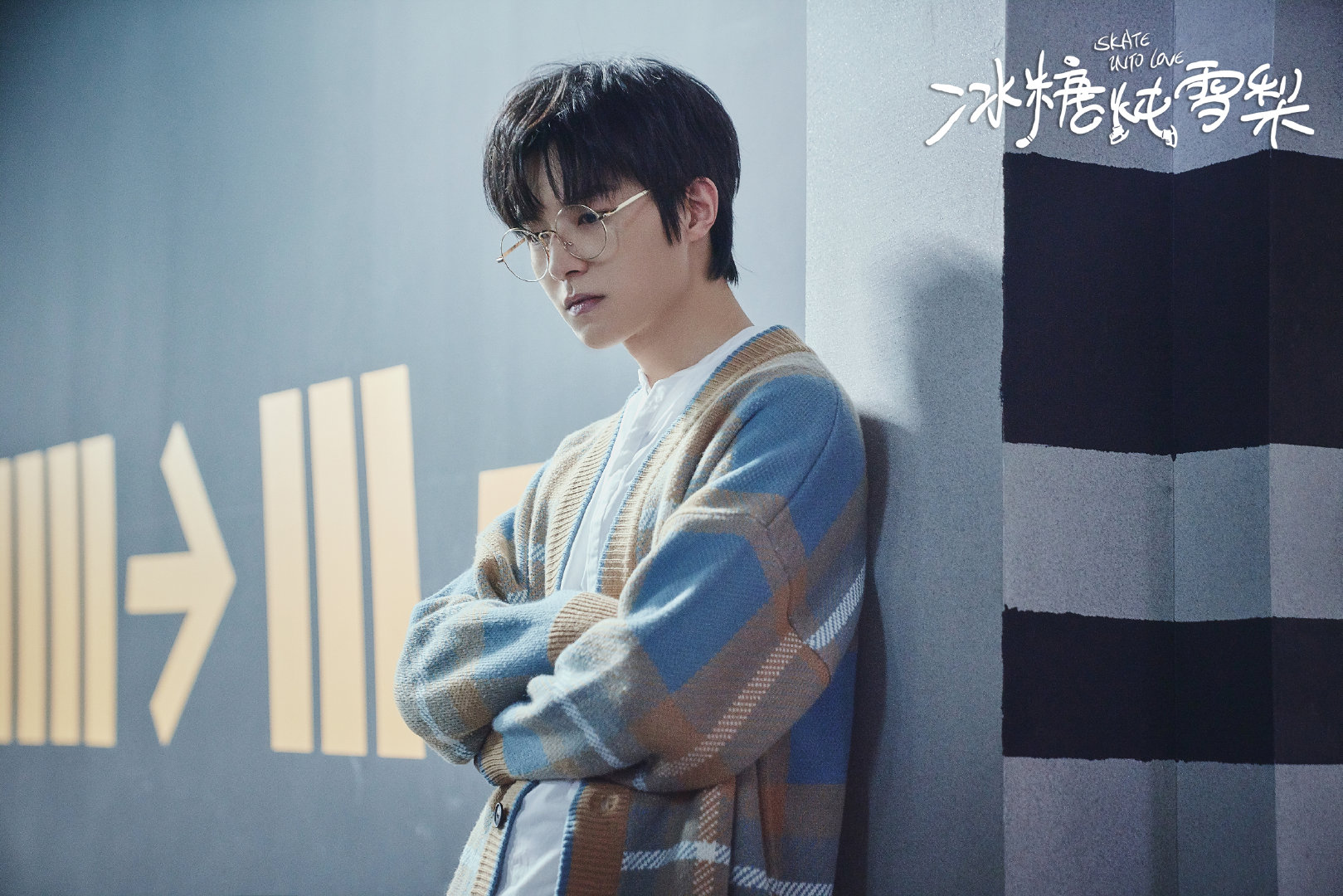 I think the last youth sports drama that I watched was My Mr. Mermaid with Xiong Zi Qi and Tan Song Yun, and I loved it! It was such a cute and adorable drama, and the chemistry between the two were on point. And I was hoping that this drama would be similar, as the trailers were giving me similar vibes. And, after watching the first five episodes, this drama is just a cute and adorable as My Mr. Mermaid! 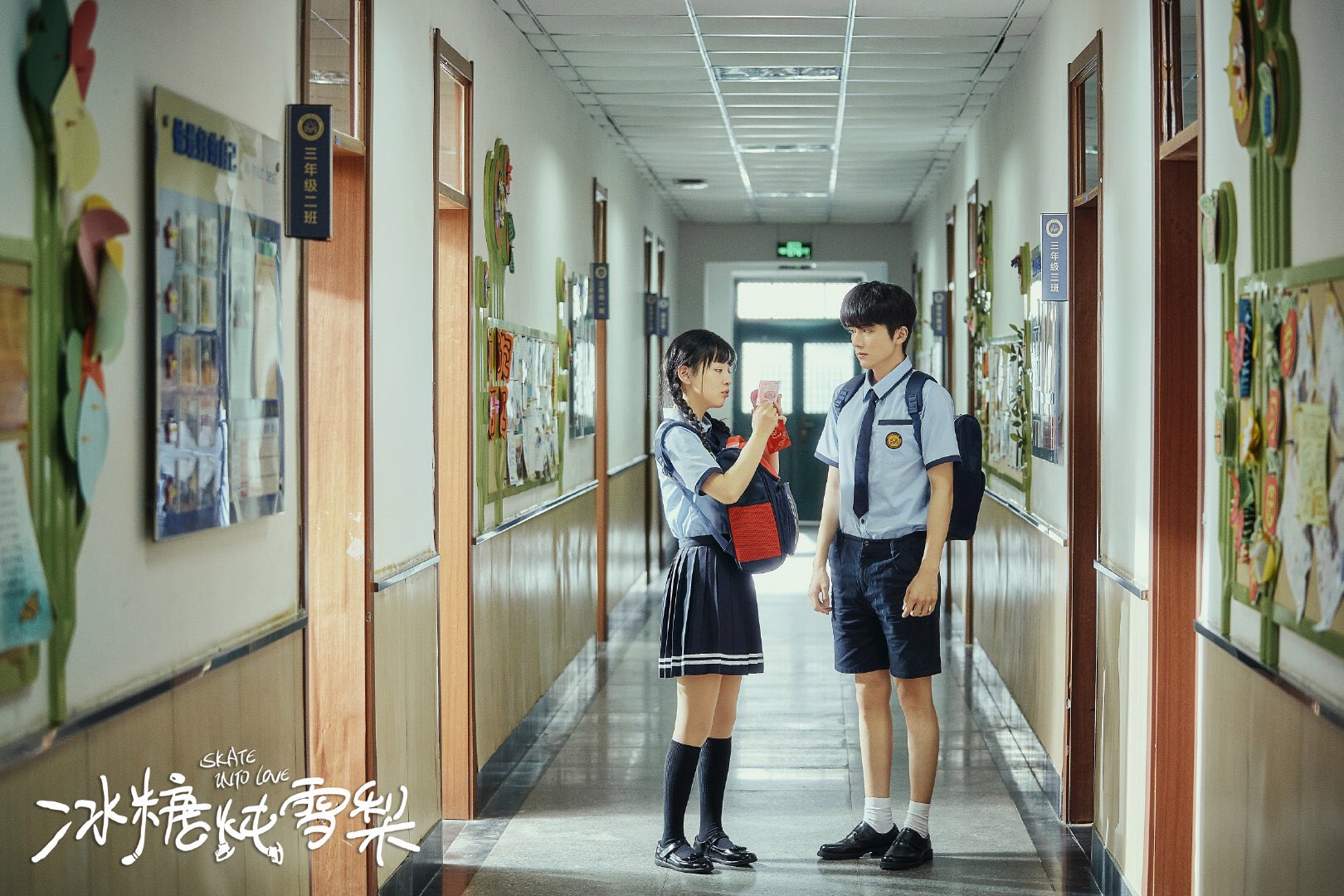 The premise of the drama is about two people who were elementary schoolmates reuniting in college. As a child, Li Yu Bing was a pushover and often got bullied by the domineering and bossy Tang Xue. The drama actually does switch back and forth a bit between their childhood and shows us how Li Yu Bing was treated (which, honestly, wasn’t that bad), and it’s just way too hilarious. The best part is their difference in height. As a child, Tang Xue is much taller than Li Yu Bing, which is probably why he was so scared of her. Compared to Tang Xue, Li Yu Bing was petite and small, and definitely not her match. So, as they reunite in college, Li Yu Bing decides that he wants to get his revenge. He does this by ordering Tang Xue to do meaningless hard labor when she becomes his assistant. Of course, Tang Xue is oblivious to this and just thinks he’s playing with her. But when she starts to catch on, she really gets mad and doesn’t shy away from blowing up at him. But, of course, Li Yu Bing has the upper hand due to his star status.

Our second male lead shows up quite soon and is the opposite of Li Yu Bing in terms of personality. Yu Yan is quiet, timid, and extremely shy. Tang Xue compares him to a little lamb, and even gives him a cute nickname. She eventually becomes his first friend at the university, as she takes him under her wing. 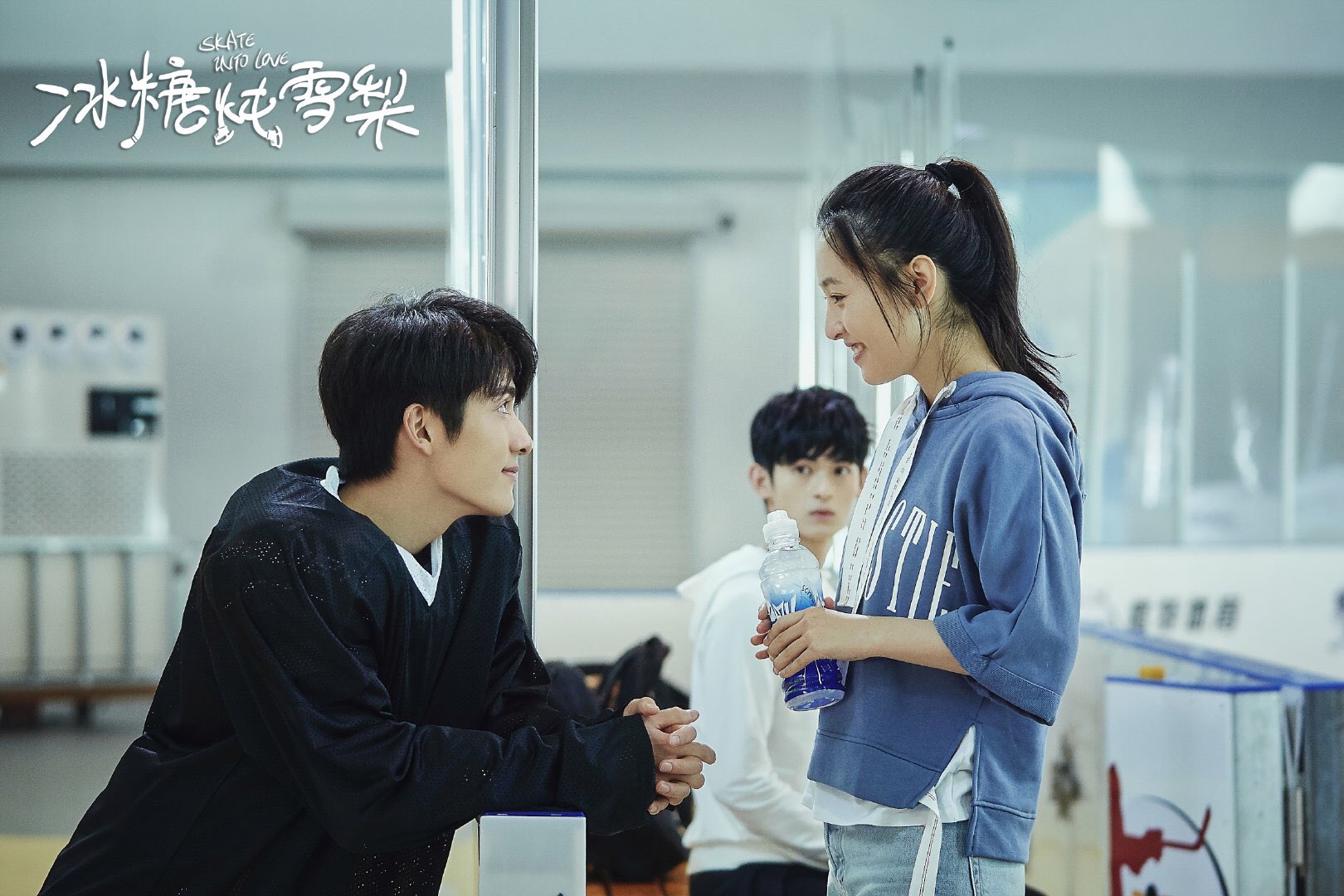 Anyway, the drama so far has been very amusing and hilarious. I’ve had a lot of fun watching the interactions between Li Yu Bing and Tang Xue, and I can’t wait for them to really start liking each other. But, you can tell that it’s not going to be easy since Li Yu Bing really doesn’t like her and Tang Xue doesn’t have any sort of interest in him. However, it’s obvious that their shared hobbies will bring them together and Li Yu Bing will be the one to help Tang Xue go back to speed skating. It actually hasn’t been revealed in the drama yet (only in the trailers) about Tang Xue’s sport injury. You can tell that it’s a weak spot for her and she doesn’t openly talk about, so no one really knows how talented she is. However, throughout the course of the first few episodes, you can immediately tell that she misses it. I mean, the only reason why she decided to be Li Yu Bing’s assistant was because she could skate for free and use the ice rink whenever she wanted. I’m actually really curious to see what happened and how much it really impacted her. Luckily for me, I’m not the only one who’s curious and eagerly waiting for the big reveal. Li Yu Bing is also trying to figure it, too, and he’s definitely not going to give up until she gives him a straight answer. 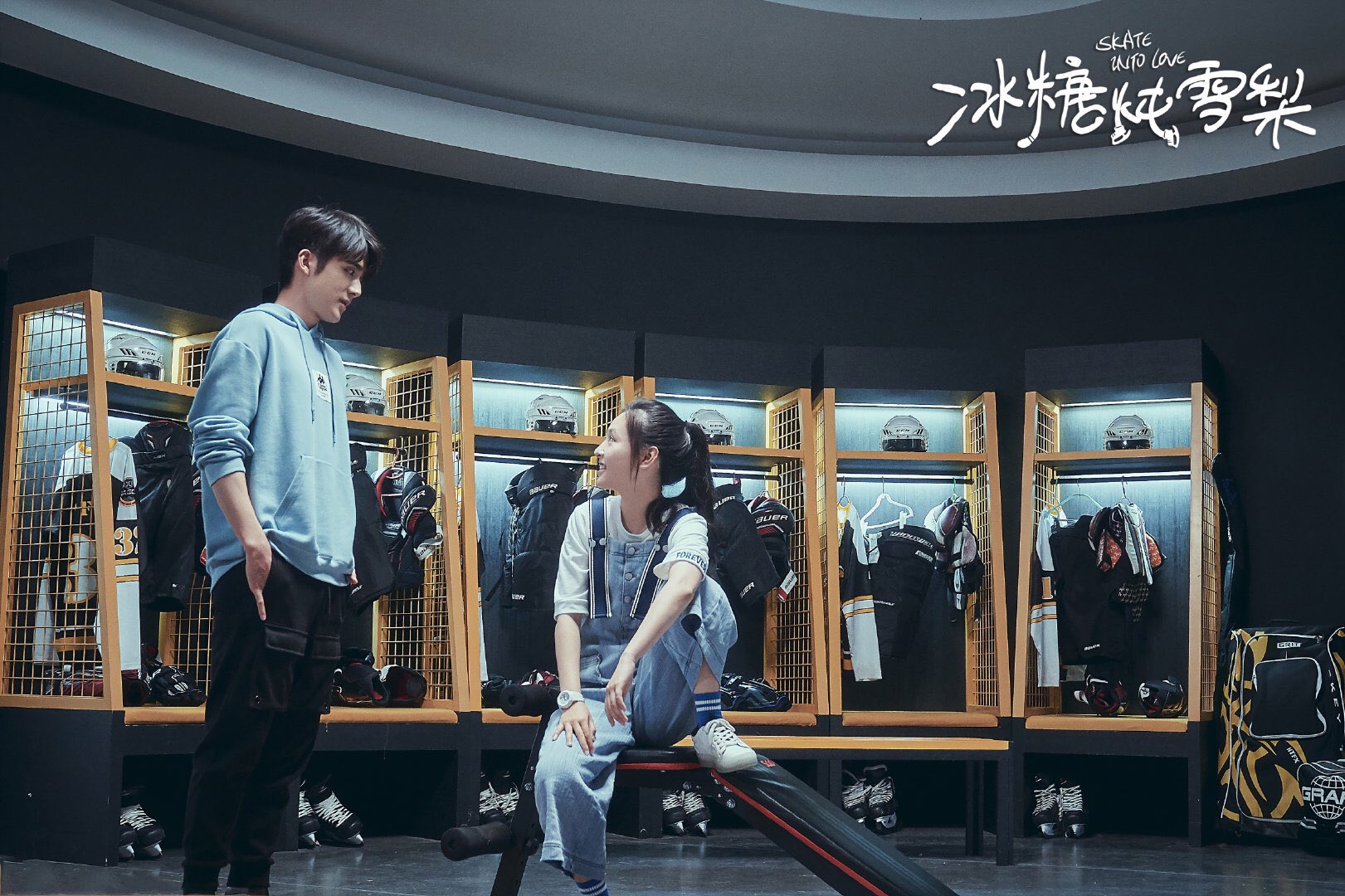 It’s also been cool to actually see that our female isn’t as horrible as Li Yu Bing depicts her to be. And this is revealed by Liao Zhen Yu and Xia Meng Huan, who are Tang Xue’s best friends. The two are deeply loyal to Tang Xue because she took care of them and protected them. During high school, Liao Zhen Yu was bullied for his stuttering and Tang Xue stood up for him. She eventually got her mom, who is a doctor, to help Liao Zhen Yu and cure him. Xia Meng Huan and Tang Xue met during their military training. Tang Xue ended up taking the fall for Xia Meng Huan when she forgot to dress properly during a check-up, which resulted in Tang Xue getting punished. Ever since then, the two had been inseparable. And seeing how Tang Xue genuinely cares for Yu Yan really shows us how kind and good she really is. Of course, this isn’t obvious yet to Li Yu Bing, who still believes her to be a bully and evil person. But I’m sure that as time goes by, he’ll start to see her for who he truly is and realizes that he’s been wrong about her the entire time. 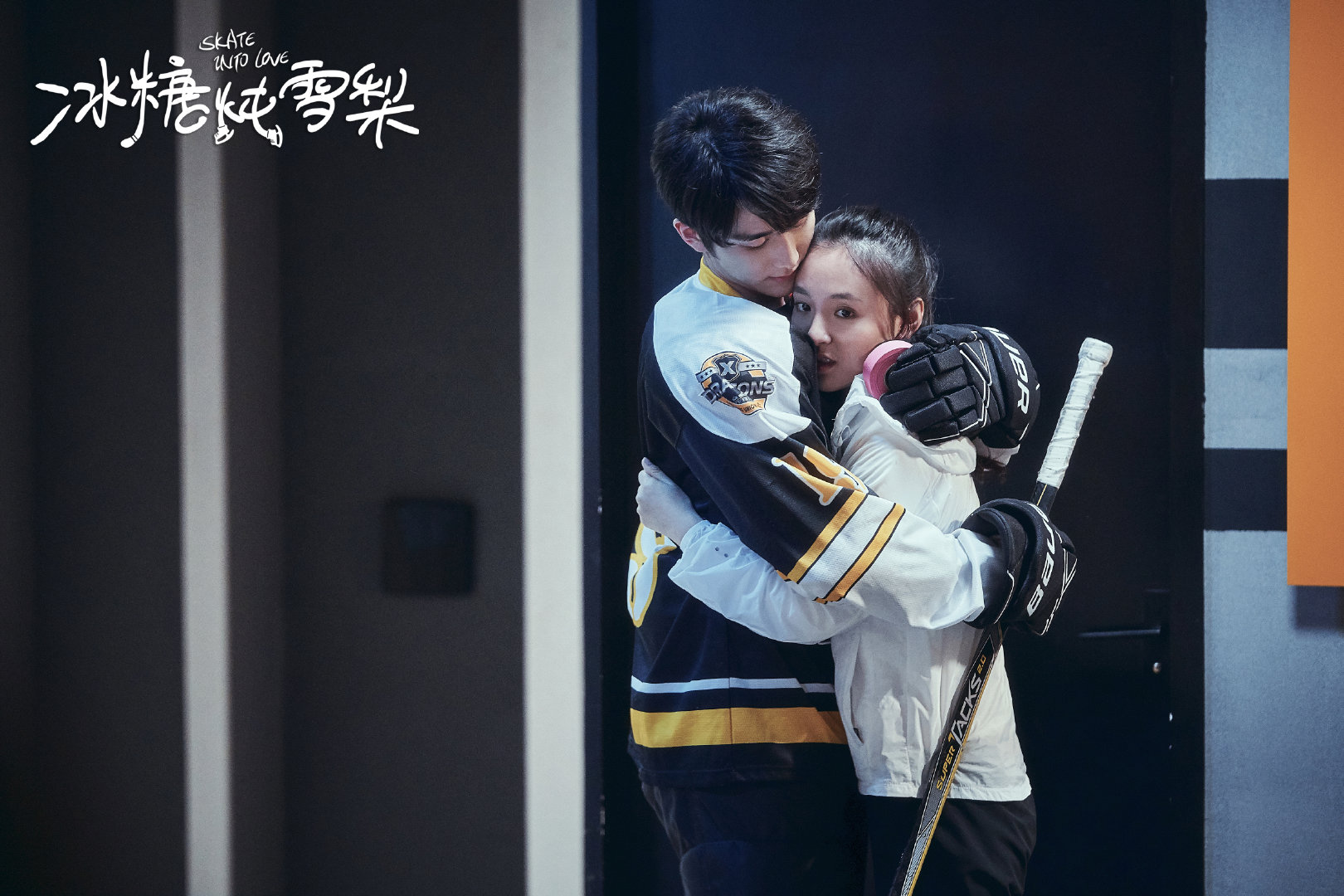 Overall, I’m enjoying this drama a lot and I do hope that it continues to be lighthearted and an easy breeze. Hopefully when the third male lead shows up, it doesn’t make the drama too dramatic and sappy because I really like how it is now. It’s simple and straightforward. There aren’t any over the top clichés, and everything’s been pretty good so far in terms of the plot development. But who knows, right? Anyway, I hope to see more interactions between Li Yu Bing and Tang Xue. But I am more interested in seeing Tang Xue overcome her insecurity and resume her passion for speed skating. For those of you who’ve seen this drama so far, please let us know what you think!