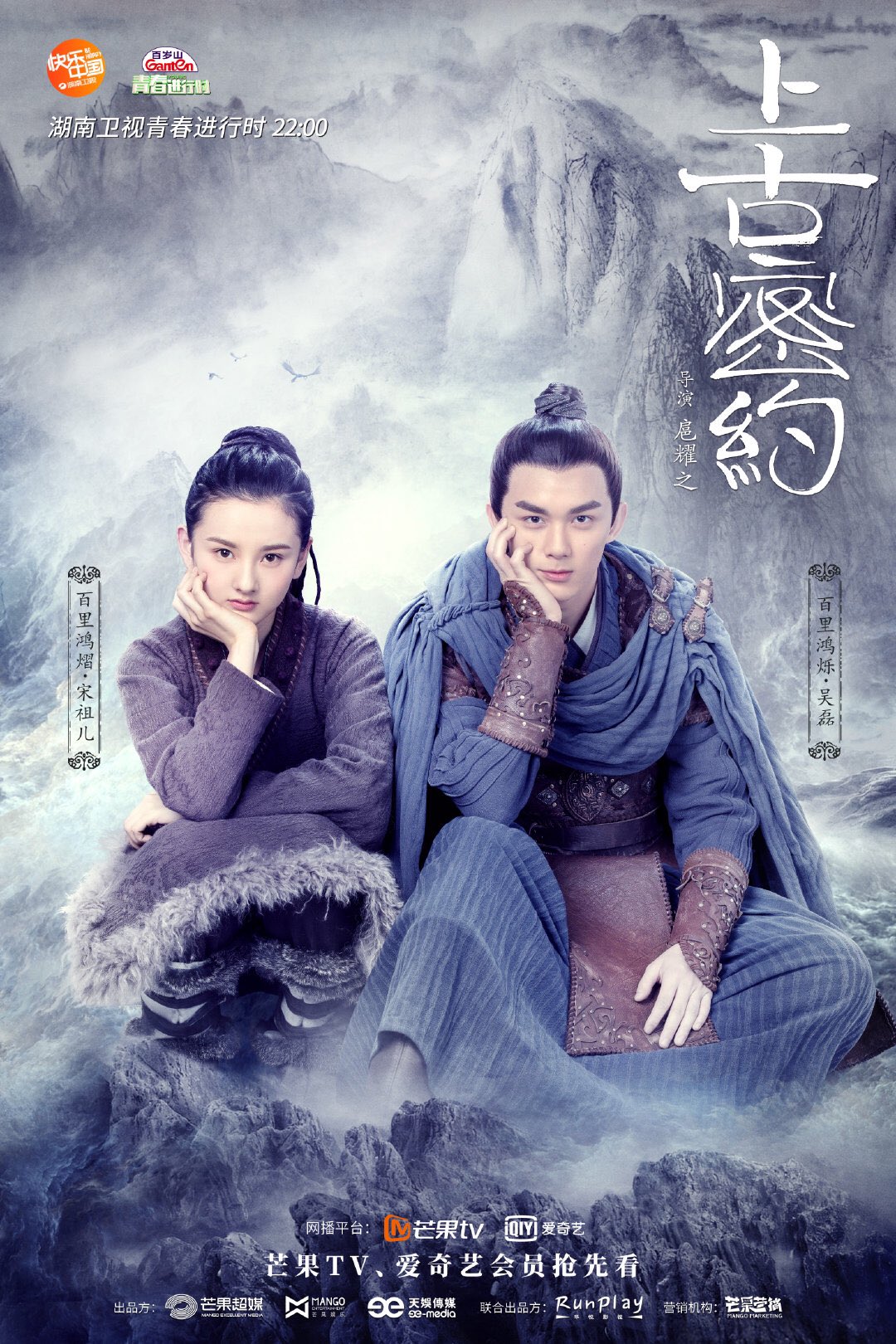 A drama with lots of flaws, but a solid cast. I definitely stuck it out from the beginning to the very end, and while this drama was quite a disappointment, I am still a Wu Lei and Wang Jun Kai fan!

Click here to see information about the plot and main characters at my First Impression page on this drama. 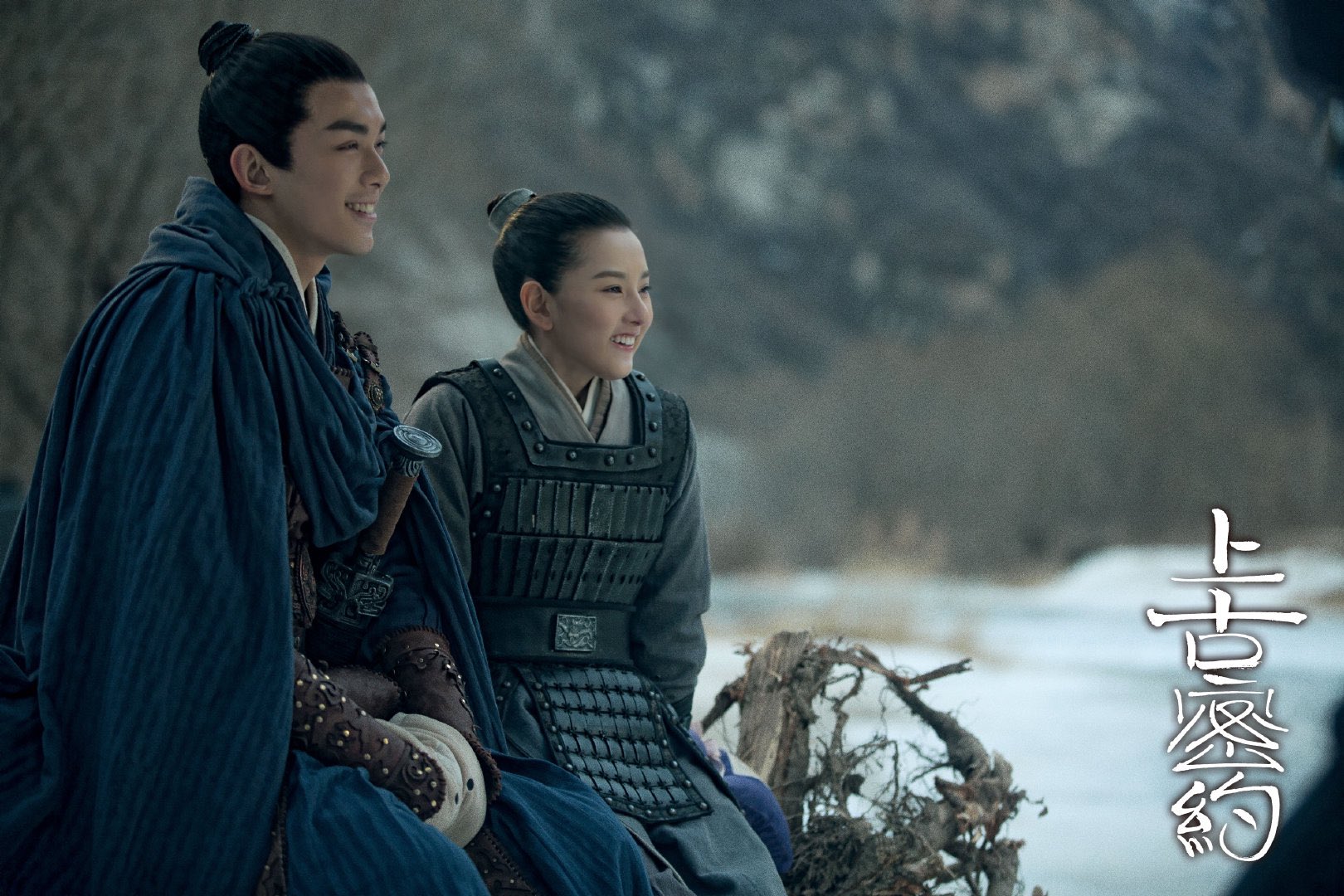 Guardians of the Ancient Oath actually had a pretty decent start despite its confusing beginning. It follows the three Baili siblings, along with several other important characters that are introduced later on the story—Ming Ye Feng, An Ting Feng, Jinyang, and Ling Jun. At the beginning of the drama, we’re introduced to two kingdoms that the story takes place in, the Yo Kingdom and the Lang Tribe. And while it seems that the drama just focuses on the political turmoil between the two nations, we actually learn that there is so much more happening in the background. But before I talk about what actually happens in the story, let me just give you some background information about this drama. The drama is a loose adaption of a classic Chinese mythology book called the Classic of Mountains and Seas, and many of the references in this drama actually come from this book. 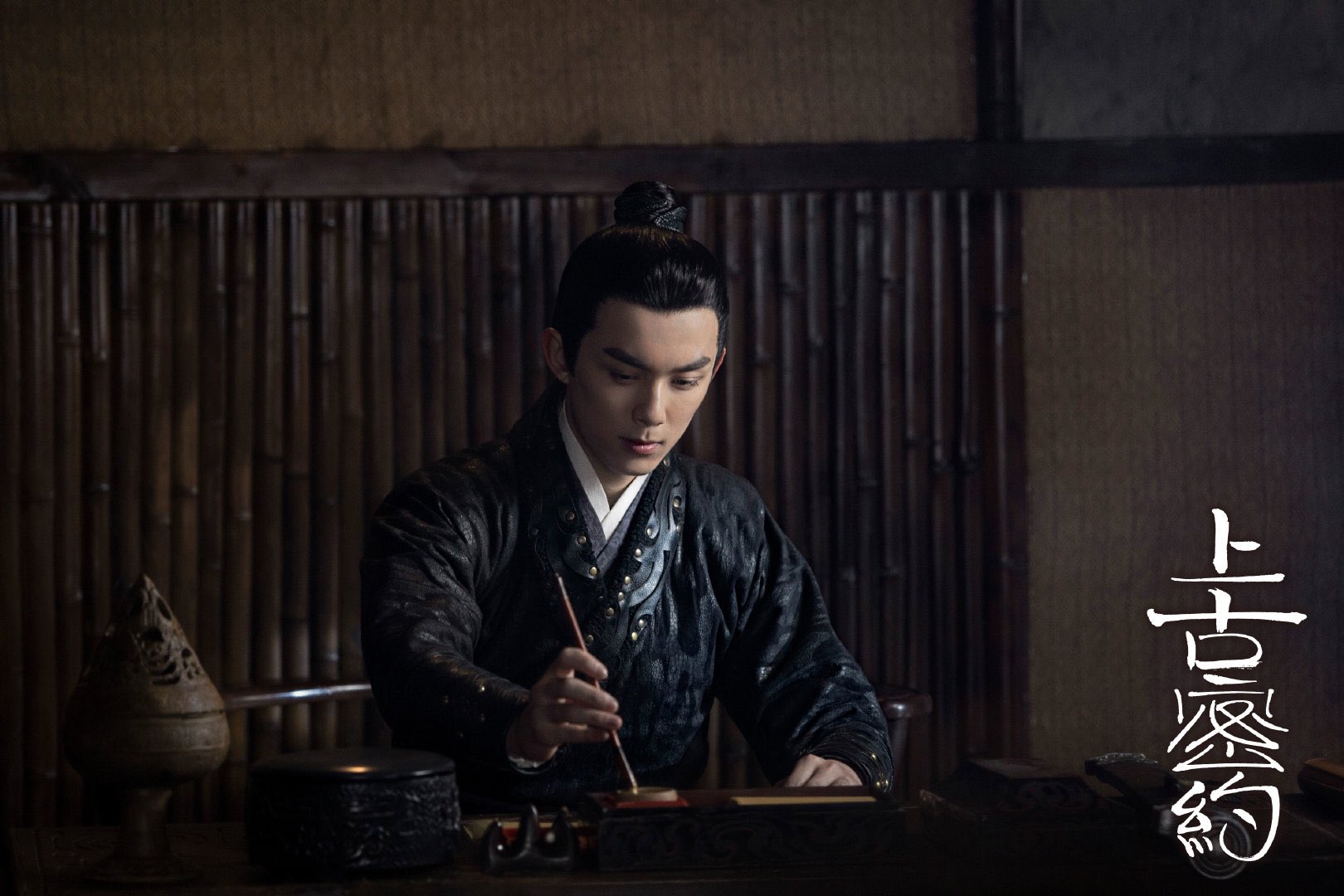 So what I truly loved about this drama was the main cast. I’ll admit that each one of them was greatly flawed, but I think that’s what made them interesting characters. Baili Hong Xuan served as the foothold of the Baili family. As the oldest siblings, the responsibilities all fell on him. And while this helped him become a capable leader and hero, it also forced him to become coldblooded. For the bigger picture and for the greater good, he doesn’t hesitate to make the necessary sacrifices, even if it means killing his closest friends. As for Baili Hong Shuo, he’s the opposite of his brother. He values friendship and cherishes the people around him. He would never abandon his friends and would always lend a hand to help people. But this is also his greatest flaw, as it makes him naïve and too idealistic. Baili Hong Yi’s greatest flaw is her indecisiveness. Her birth parents are actually revealed to be a scholar from the Yo Kingdom and a princess from the Lang Tribe. Because of the constant warfare between the two nations, her existence is looked down on and she is hated by both groups. She ends up abandoning her identity as Baili Hong Yi and goes to find refuge in the Lang Tribe with Ming Ye Feng. But while she chooses to follow him, she finds herself conflicted as she still cares about her two brothers, even though she ruthlessly abandoned them when she found out her identity. And her indecisiveness to pledge her allegiance to either side, or inability to try to remediate between both sides, end up hurting everyone around her. As for Ming Ye Feng, it turns out that the very thing he had been plotting was trying to find Baili Hong Yi. Before she was taken in by the Baili family, the two had grown up together, since he had been adopted by her birth mother. But while his devotion towards her is strong, it served as his greatest flaw because he didn’t hesitate to abandon his title as the leader of the Lang Tribe for her.

And then we have An Ting Feng, the mysterious demon hunter who shows up halfway through the drama. Not only does this guy seem mysterious and is a complete stranger, he ends up becoming the true mastermind behind all of the happenings of the drama. So remember when I said that this drama is based off of Chinese mythology? Well, An Ting Feng’s true identity is the God of Metal, Rushou. Thousands of years ago, he was one of the five gods who sealed away the powerful demon, Jiu Ying. However, due to his selfishness, the other four gods ended up dying while he was the only who survived. But while he had eternal life, he no longer had his godly powers and lived a lonely life. Upon meeting Ling Jun and teaming up with her, they eventually found the reincarnations of the four gods—the Baili siblings and Ming Ye Feng. And, in order to awaken their powers, the two schemed and were the mastermind behind all the horrible tragedies that they all had to go through. 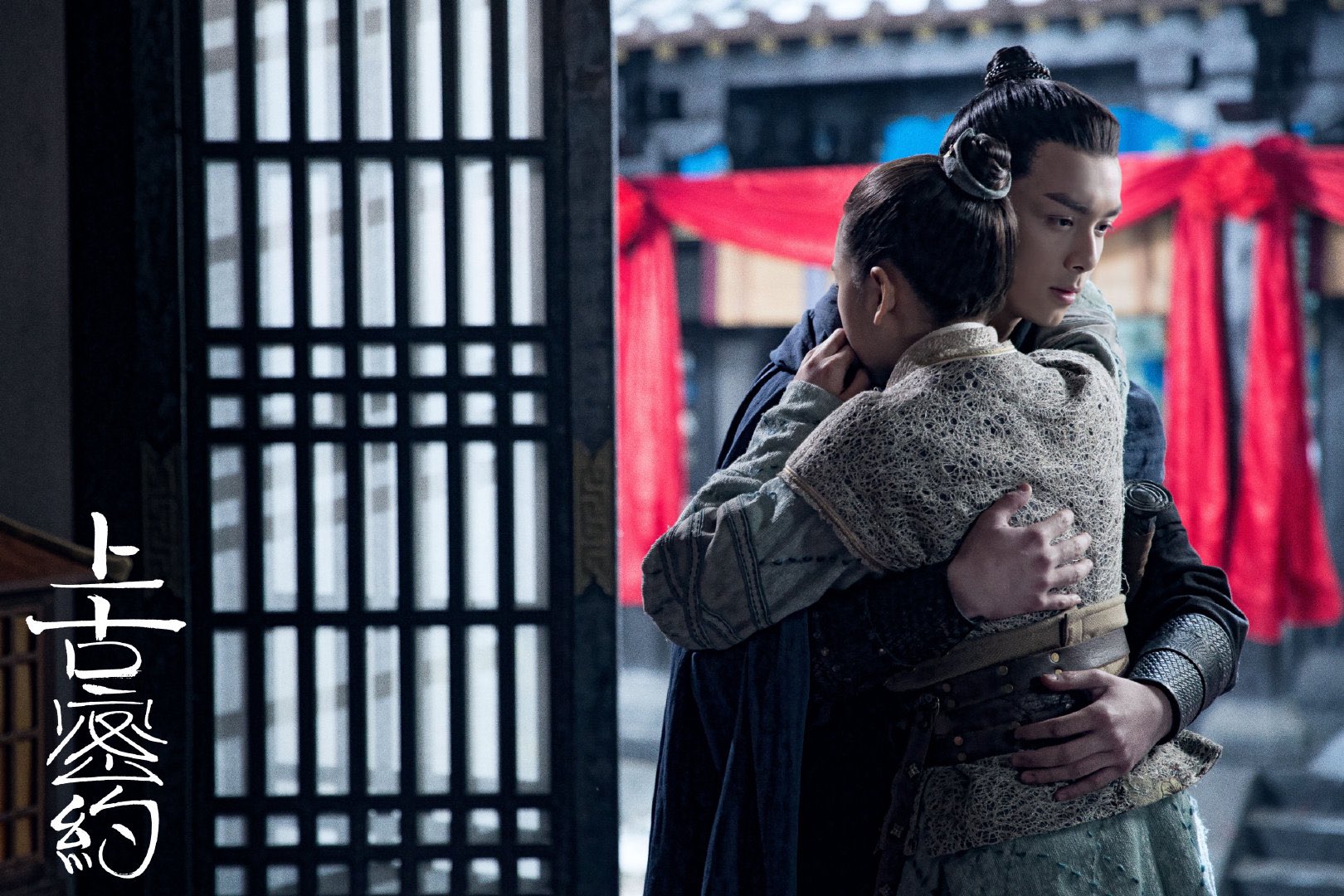 If I look back at the original story of this drama, it’s actually pretty solid and interesting. But, honestly, that’s just about it. You can have a good cast and a good story, but if the execution of the drama is poorly done without much development, a bunch of loopholes, and not enough details to make the story clear to the viewers, that’s where it can go downhill. And, unfortunately, that’s actually what this drama does. All of the main characters were decent, and the mythological aspect of the story sounded interesting. But how it was incorporated in this drama was bad. Like, it’s not even introduced in the drama until the last ten episodes about the true identities of the main characters. And once we know that who’s who and why they were reincarnated, that’s literally when the drama actually gets going. Out of the 45 episodes that this drama offers, the first 30ish episodes are draggy, plotless, and full of unnecessary details. Like, instead of seeing minor characters like the Empress Dowager from the Yo Kingdom and her lackey He Yao plot against the Baili siblings, I’d rather focus on the introducing An Teng Feng and Ling Jung earlier and see their plotting. And instead of getting insight of the turmoil within the Lang Tribe and seeing Baili Hong Yi getting bullied by Ming Ye Feng’s admirer, I’d rather see more of them rekindling their relationship and working together. It didn’t make sense why there was so much time spent showing these scenes rather than focusing on developing the story and characters. And even though I’m not a fan of siblings falling in love (even if they’re not blood related), I secretly wanted Baili Hong Yi and Baili Hong Shuo to end up together. But it’s not because I think they’re a cute couple, but if you just watch how much Baili Hong Shuo loves her (and how his eyes twinkle whenever he’s with her), you just can’t help but root for them all the way… 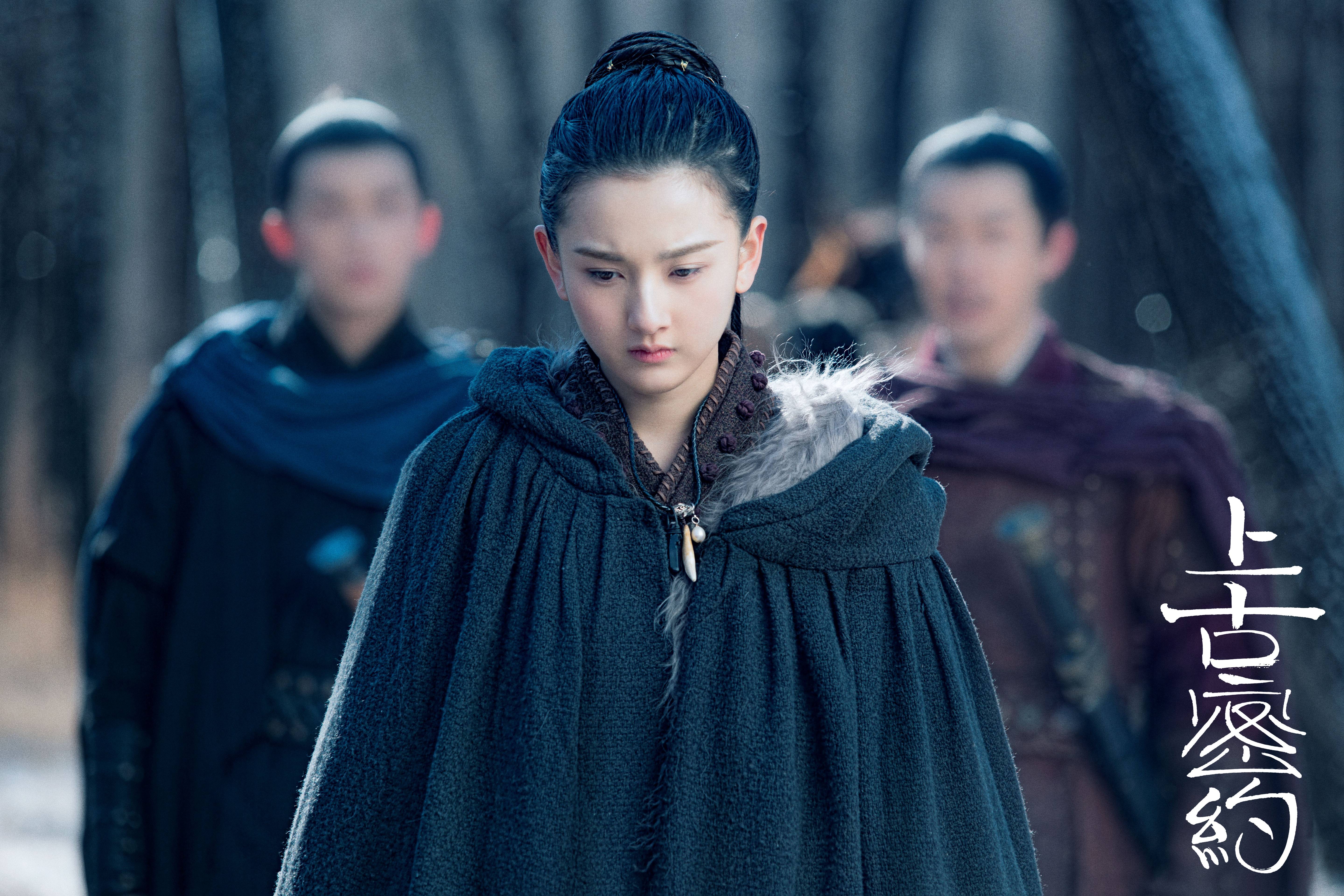 So, if you ask me if I liked this drama, yes I did. But would I recommend it as a good drama, no I wouldn’t. It was quite disappointing how this drama was executed and how it ended, and I don’t think I’ll be able to get over it anytime soon. But what made this drama worthwhile for me were the main characters, Baili Hong Xuan, Baili Hong Shuo, and Ming Ye Feng. I didn’t like Baili Hong Yi because of how indecisive she was and how she always let others do things for her rather than take initiative. For a fire ball like her to hide behind her brothers and then leave them just to hide behind Ming Ye Feng was disappointing. I wanted more from her character, especially since the girl kept getting all these power boosts and stuff, but she was never able to use it since she kept hiding behind the men. 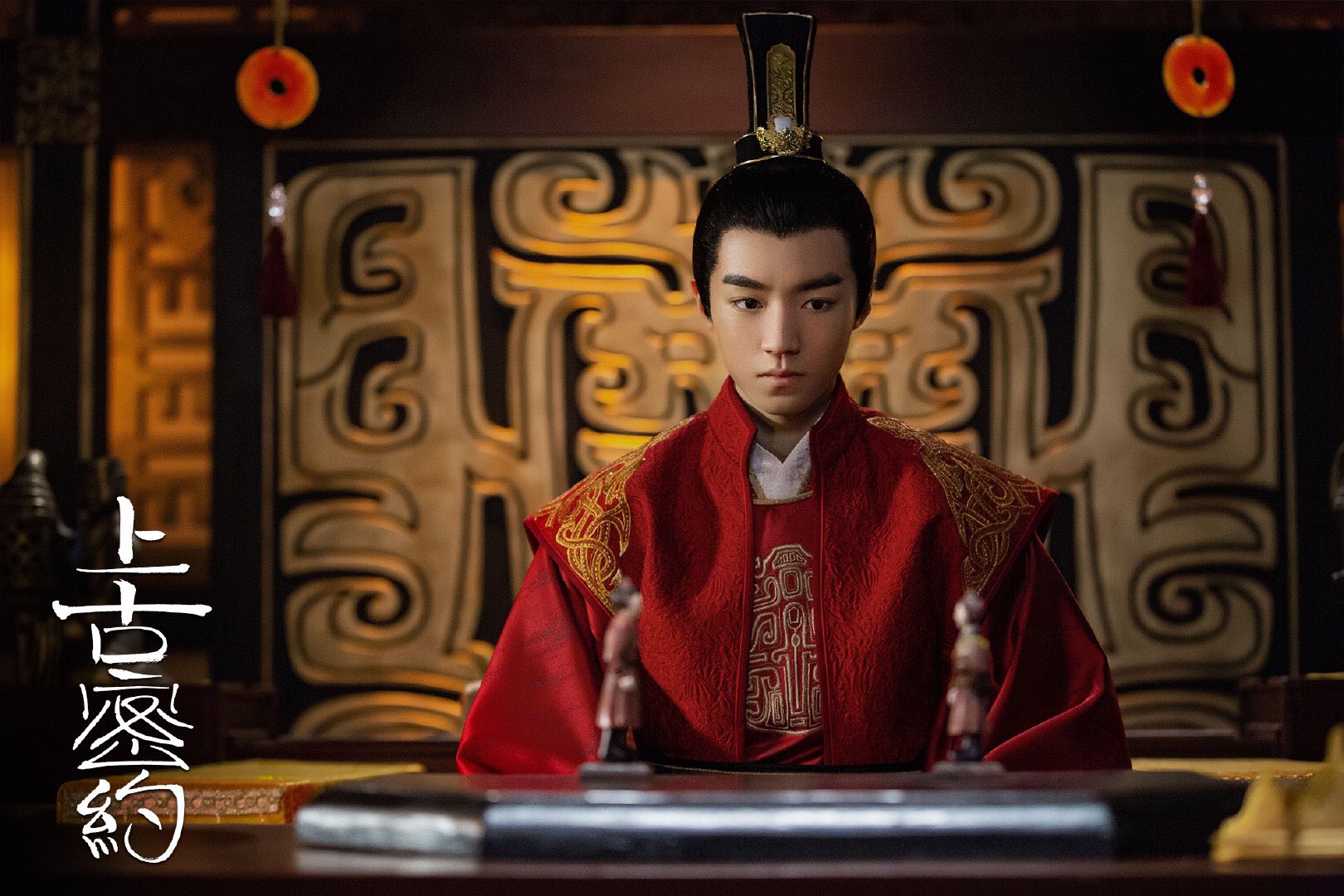 Overall, this drama is not a good depiction of the Chinese mythological drama nor is it a good fantasy drama. But it is a good drama to showcase the acting skills of Wu Lei, Xuan Yan, Zheng Kai, and Wang Jun Kai. The characters that they portrayed were complex and needed various degrees of skills in order to perfectly portray them, and these actors executed them very well. It was so saddening that Wang Jun Kai had such a minor role, but OMG I was blown away by his acting. His character was terrible, and I didn’t like him one bit, but Wang Jun Kai was great at portraying him. My favorite scenes were really when he become more controlling and vicious. I liked these scenes because Wang Jun Kai executing these parts so well. Like when Baili Hao He was furious at Baili Hong Xuan, my eyes just immediately shifted towards the young emperor. He was truly captivating, and his acting easily grabs your attention. Gosh, I do hope that this boy gets to lead his own drama soon. I want to see him as the central character! On the other hand, Song Zu Er was also very good, and I really liked her. It’s just a pity that her character, Baili Hong Yi, wasn’t the best female lead. Anyway, not the best drama, but I still had fun watching it and I guess I’d go back and rewatch some scenes here and there, but I’ll just reiterate my feelings about this drama again—still disappointing, but has a special place in my heart.

3 thoughts on “[Review] Guardians of the Ancient Oath (上古密约)”