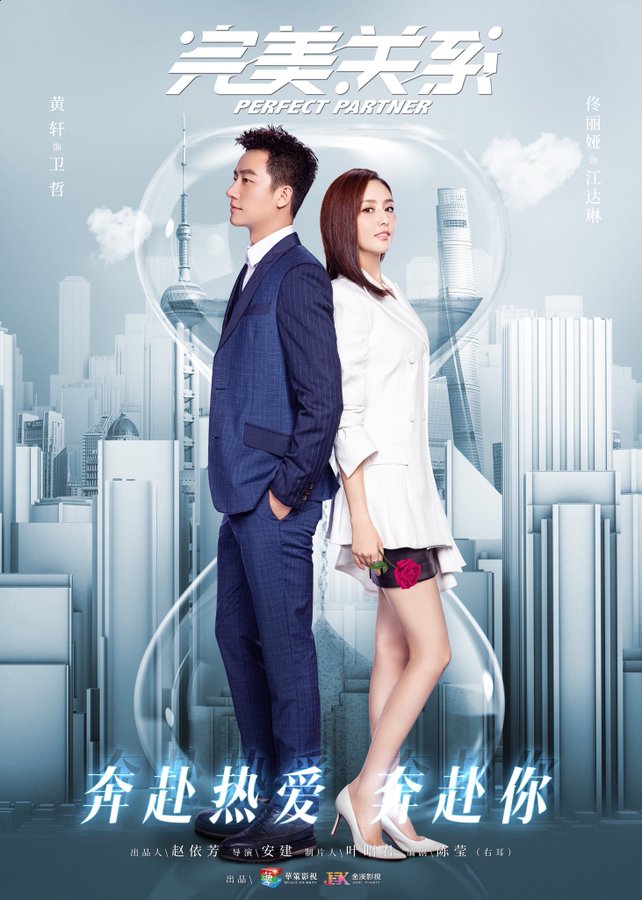 This drama is actually more intense than it seems! Not as happy and cheerful as Find Yourself. Definitely be prepared!

For Huang Xuan and Tong Li Ya! I love these two! Hopefully, the chemistry is there!

Jiang Da Lin, who just recently got fired from her job in Australia, gets a call from her mother to come back home immediately. Her father is missing, and she needs to help her mother with the company. Upon her return, her mother appoints her as the CEO in place of her father. Jiang Da Lin is reluctant to be in the position but does so for her father’s sake.

However, working in DL Public Relations proves to be difficult for Jiang Da Lin because no one in the company respects her nor follows her. The person who everyone listens to is a senior worker Stella, the Vice President who’s been working at DL Public Relations for many years. And since she wasn’t able to snatch the title of CEO, Stella is bitter towards Jiang Da Lin and doesn’t offer her much guidance.

But once Jiang Da Lin snatches a project to prove her talents in the company, she realizes she’s going to need help. Thus, she goes and seeks out Wei Zhe, a man who is a notorious PR representative. Although they started on the wrong foot, Wei Zhe reluctantly agrees to help her, as she is the daughter of his former professor… 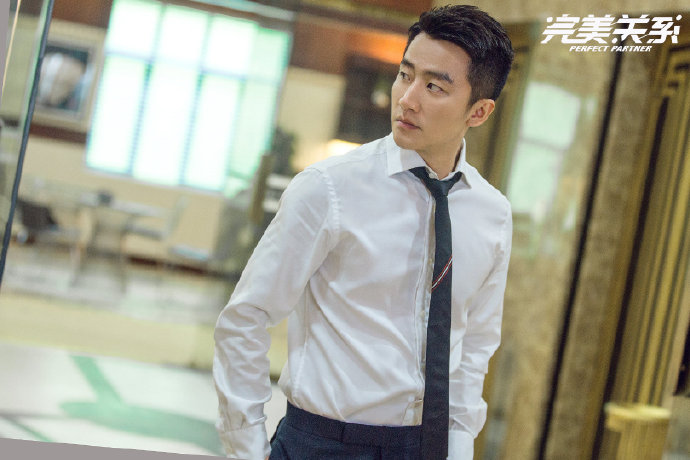 Wei Zhe (卫哲), Huang Xuan
A freelance PR representative. He is good at what he does and is always professional with his work. He is highly sought after by many companies, but chooses to partner up with Jiang Da Lin because she is his former professor’s daughter. 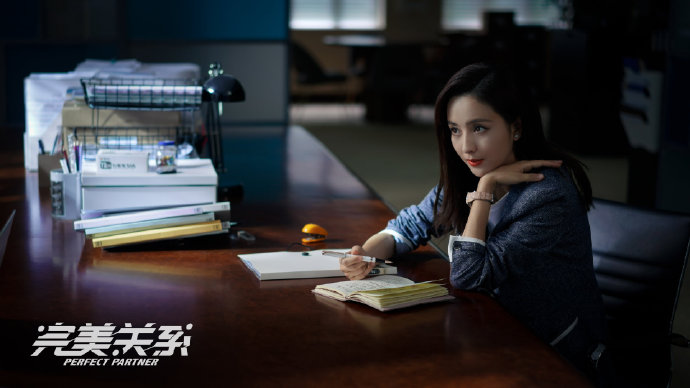 Jiang Da Lin (江达琳), Tong Li Ya
A 27-year old woman who gets stuck with being the CEO of DL Public Relations. After her father’s disappearance, he and her mother place her as the CEO to their company. Despite studying PR in college, she has no prior experience and is looked down upon by everyone at the company. Therefore, she seeks out Wei Zhe to teach her the ropes about PR. 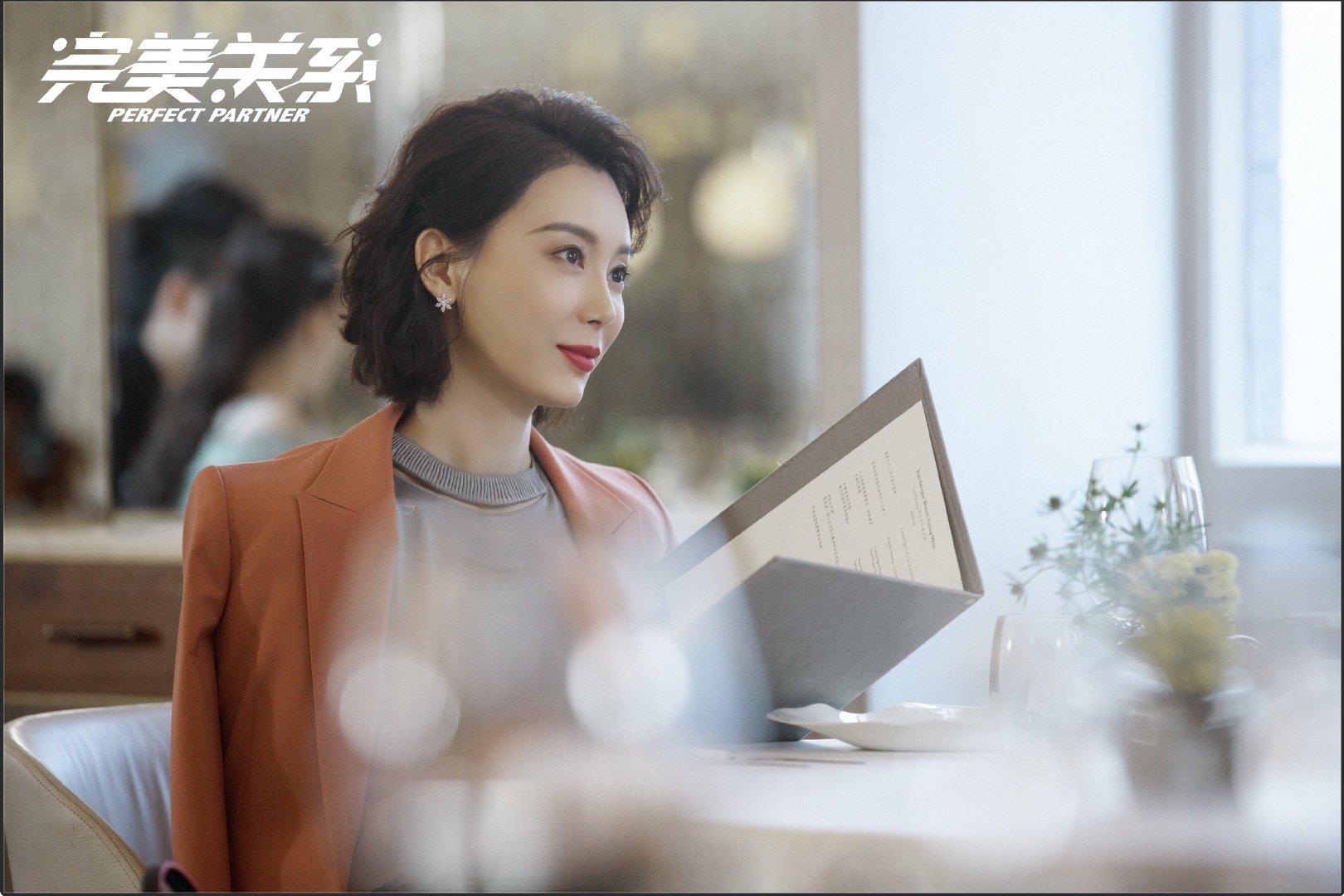 Stella (斯黛拉), Chen Shu
A senior executive at DL. She has worked under Jiang Da Lin’s father for many years and wanted to become the CEO after his disappearance, but was unable to due to Jiang Da Lin. Although disappointed, she has a strong foothold in the company and all the employees follow her orders. 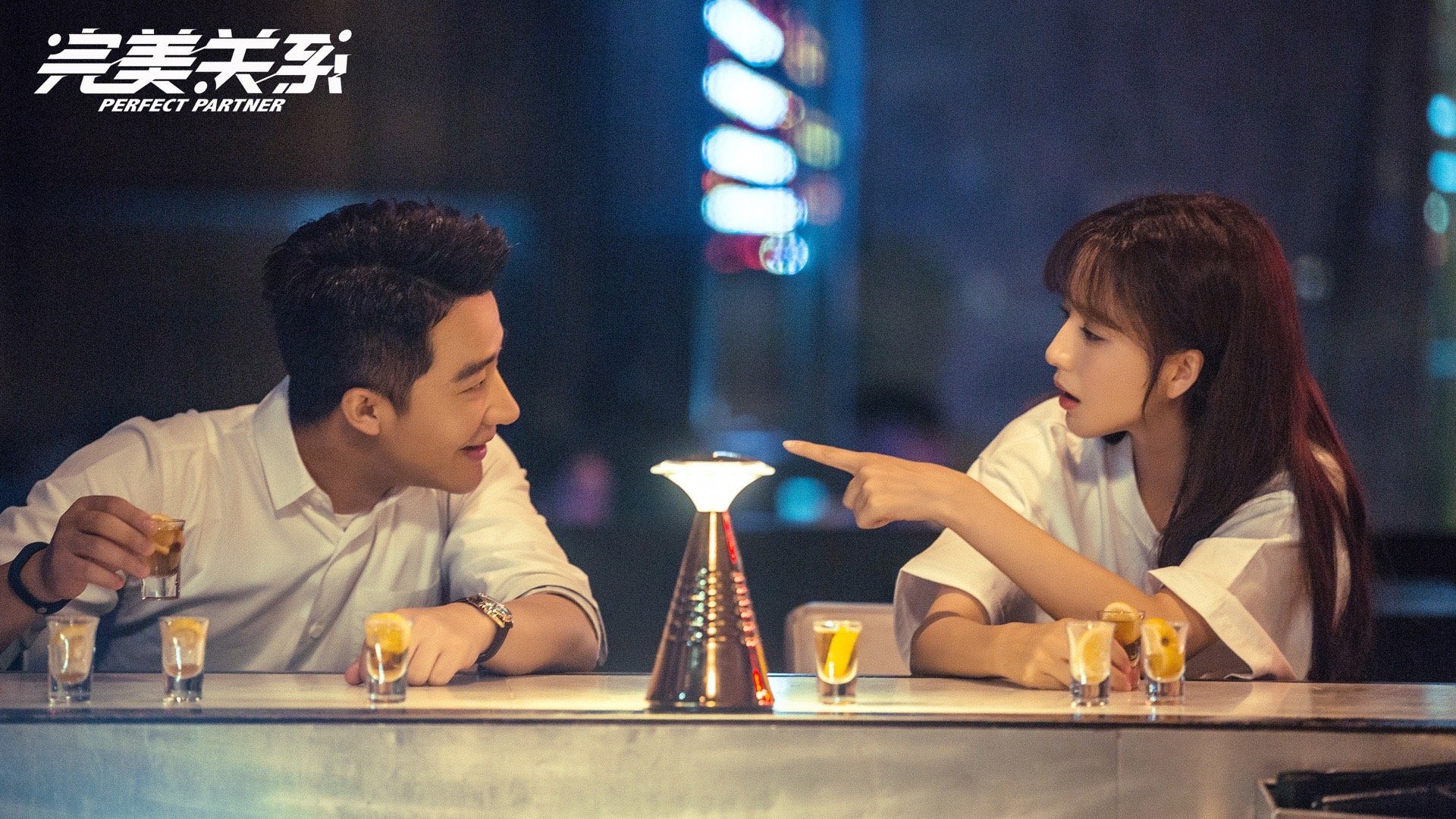 Perfect Partner really is another drama that opens our eyes into the business world. The first episode immediately opens with Wei Zhe and one of his clients, Geng Yue, who is a celebrity in the midst of a cheating scandal. And like many male leads on C-drama, Wei Zhe handles it in a swift and professional manner. What’s great about this opener is that it lets us know more about Wei Zhe’s character. He’s not someone who beats around the bush. He’s blunt, accurate, and only states the facts. Seeing him handle the complicated situation with Geng Yue and his wife shows us that he’s someone who knows what he’s doing. He’s been around in the business long enough to know the rules and what buttons to push and not to push. But that’s not the only thing that we get to know about Wei Zhe. We also discover that he has a mental disorder—panic disorder. In the beginning, he’s talking to someone and that someone soon turns out to be his psychiatrist. Personally, I think it’s interesting that the writers decided to have the male lead diagnosed with panic disorder. I think it’s much better than having him have OCD, because that’s often the go-to for many modern romance dramas. So glad that it’s finally a different disorder and something different. I’m interested to see how he deals with this disorder later on, and how it’ll impact his career. 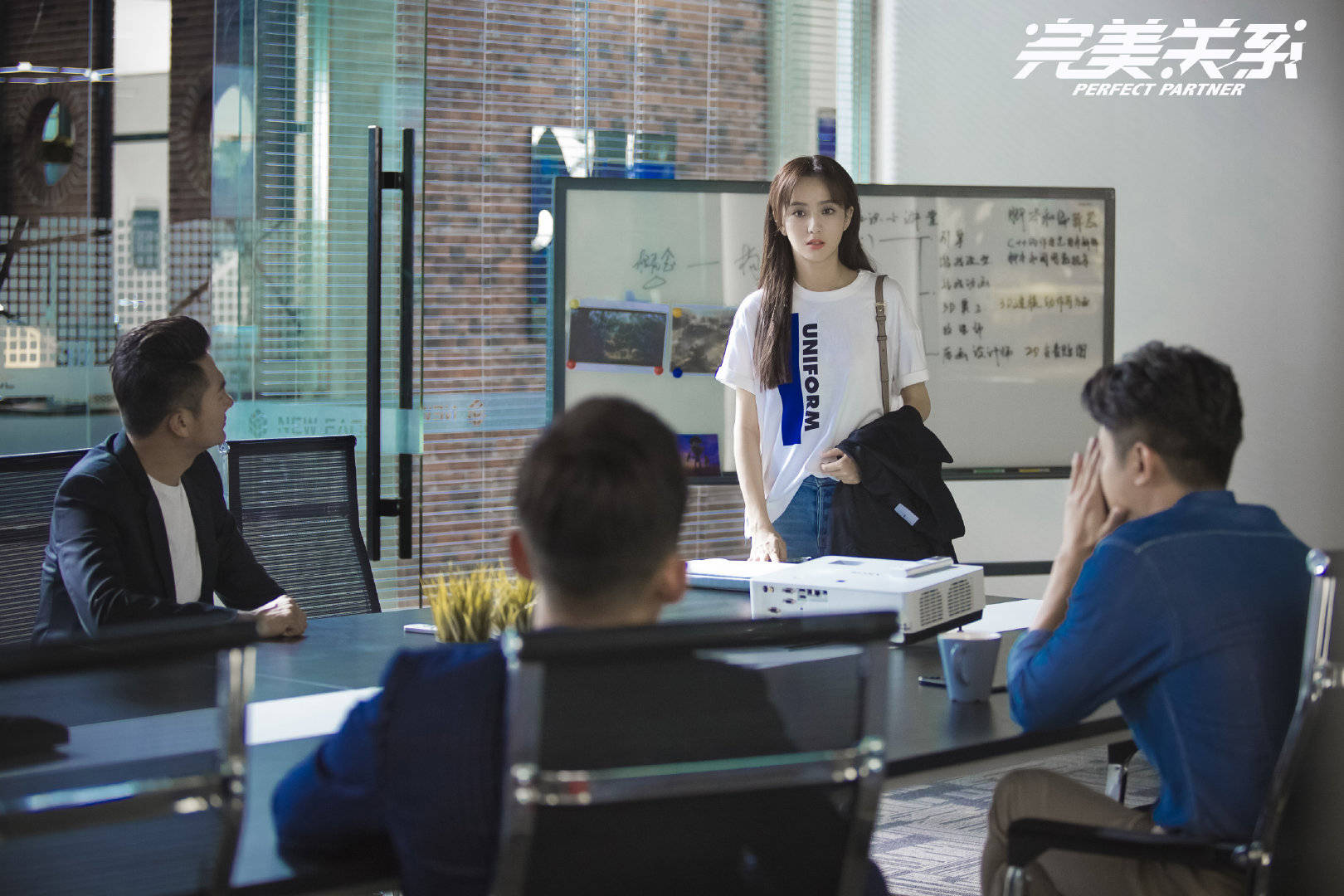 Anyway, we’re also introduced to female lead, Jiang Da Lin. She’s not immediately in the picture, as she shows up a bit later. But she plays a big role because she ends up becoming the CEO to DL Public Relations. Her appointment, however, isn’t happily reciprocated for its employees, as they were hoping for Stella to be the next CEO. Stella is one of the senior executives who had been working alongside Jiang Da Lin’s father for many years. She has a strong foothold in the company, and many of the employees look up to her. Although she plays someone of an antagonist for Jiang Da Lin, I like her character. I think she’s a great symbol of strong female figures. Stella is professional, confident, and very capable. It’s unfortunate that she poses has a threat to Jiang Da Lin, but I hope that isn’t going to be for long. I’d love to see Stella and Jiang Da Lin working together and her guiding Jiang Da Lin. However, I don’t that’s going to happen any time soon, as she’s still bitter about her position being snatched away.

The story so far focuses on business in the PR world. It’s interesting because I don’t know much about PR. I’ve always thought it was just about publicity, but I realize now that it’s so much more. Wei Zhe quotes that his job is pretty much “crisis management counseling”. It’s funny, but it’s so true….! Because that’s really all he does! He’s the one who solves the problems for his clients and tells them what to do when they face a crisis that impacts their careers and image. I think this is soooo interesting because it makes me think about the work that real PR representatives do for celebrities and companies. Just seeing how intense Wei Zhe works for his clients, makes me think just how intense it is in the real world. I mean, celebrities are always going through numerous scandals and it’s always their lawyers and PR representatives that have to work their butt off to make sure that their celebrities aren’t left with a bad image. Jeez… And I thought being an educator is a hard job! 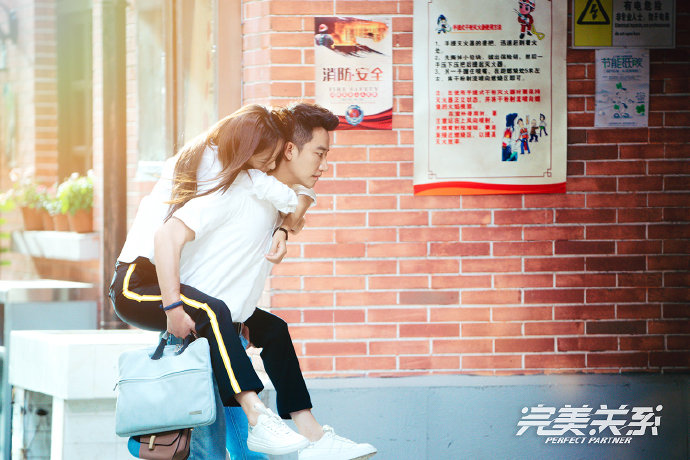 Overall, I’m enjoying this drama. I do feel tad bits of The Interpreters vibe as Wei Zhe essentially takes Jiang Da Lin under his wing, just like when Chen Jia Yang took Qiao Fei under his tutelage. But I’m not interested in romance at all for this drama. I’m actually more interested in seeing how they perform in their roles as PR representatives. I want to see how Wei Zhe tackles his panic disorder and how he overcomes his difficulties. I want to see how Jiang Da Lin starts off as an inexperienced young woman to an independent careerwoman. I have high hopes for this drama, and I do hope it doesn’t become a complete disaster that The Interpreters was.