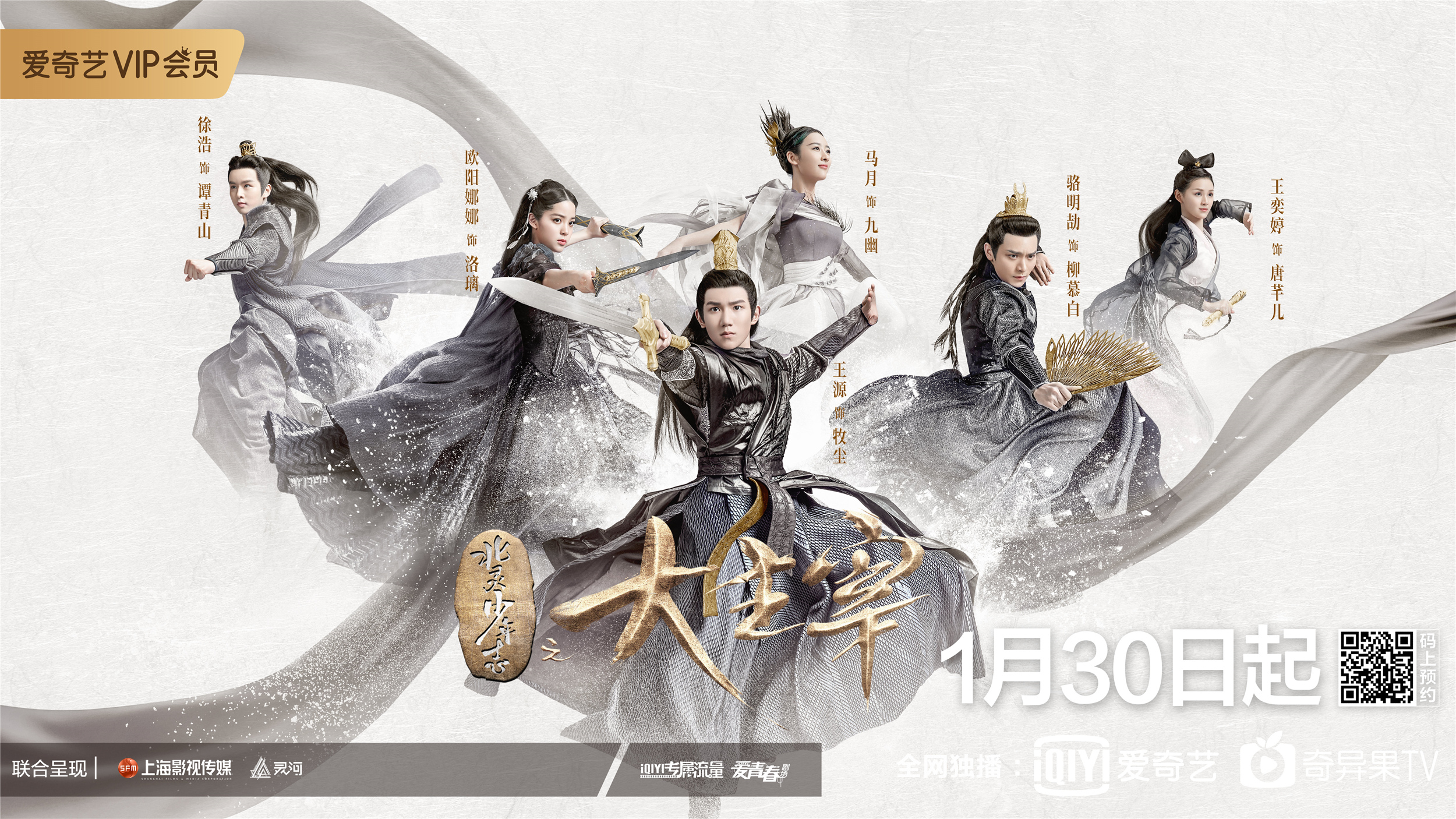 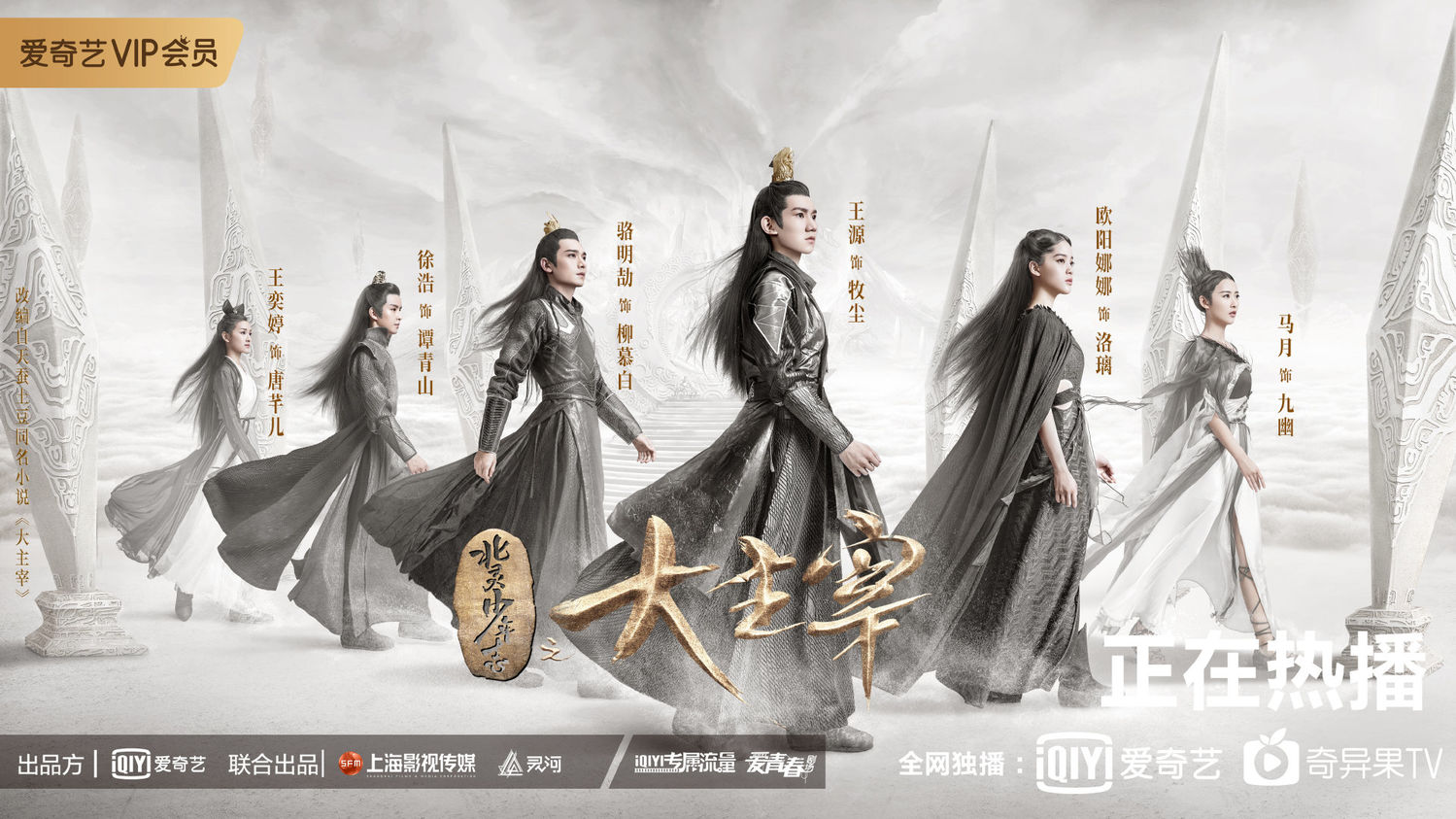 Mu Chen attends Beiling Academy with his two friends, Tang Qian Er and Tan Qing Shan. But, unlike his friends, Mu Chen does not posses any magic ability and solely relies on magic stones to temporarily boost his powers. Due to this, he often gets bullied by Liu Yang, who is the younger cousin of Liu Mu Bai.

Soon, Luo Li, from the Luo God Tribe, is sent to Beiling Academy for protection. In order to escape from the evil Xue God Tribe, her grandfather sends her to the academy. When Luo Li arrives, she accidentally triggers Mu Chen’s trap and this causes her to lose one of her magical items to find the Jiu You Bird. Later when she tries to look for the item, she realizes it’s gone and goes to confront Mu Chen about it. Mu Chen denies taking the item and offers to help her find it since he is partly to blame for it being lost.

As the two quickly become friends, darkness lurks around the corner as evil forces from the Black Dragon and Evil Deity quickly plan their comeback and world domination… 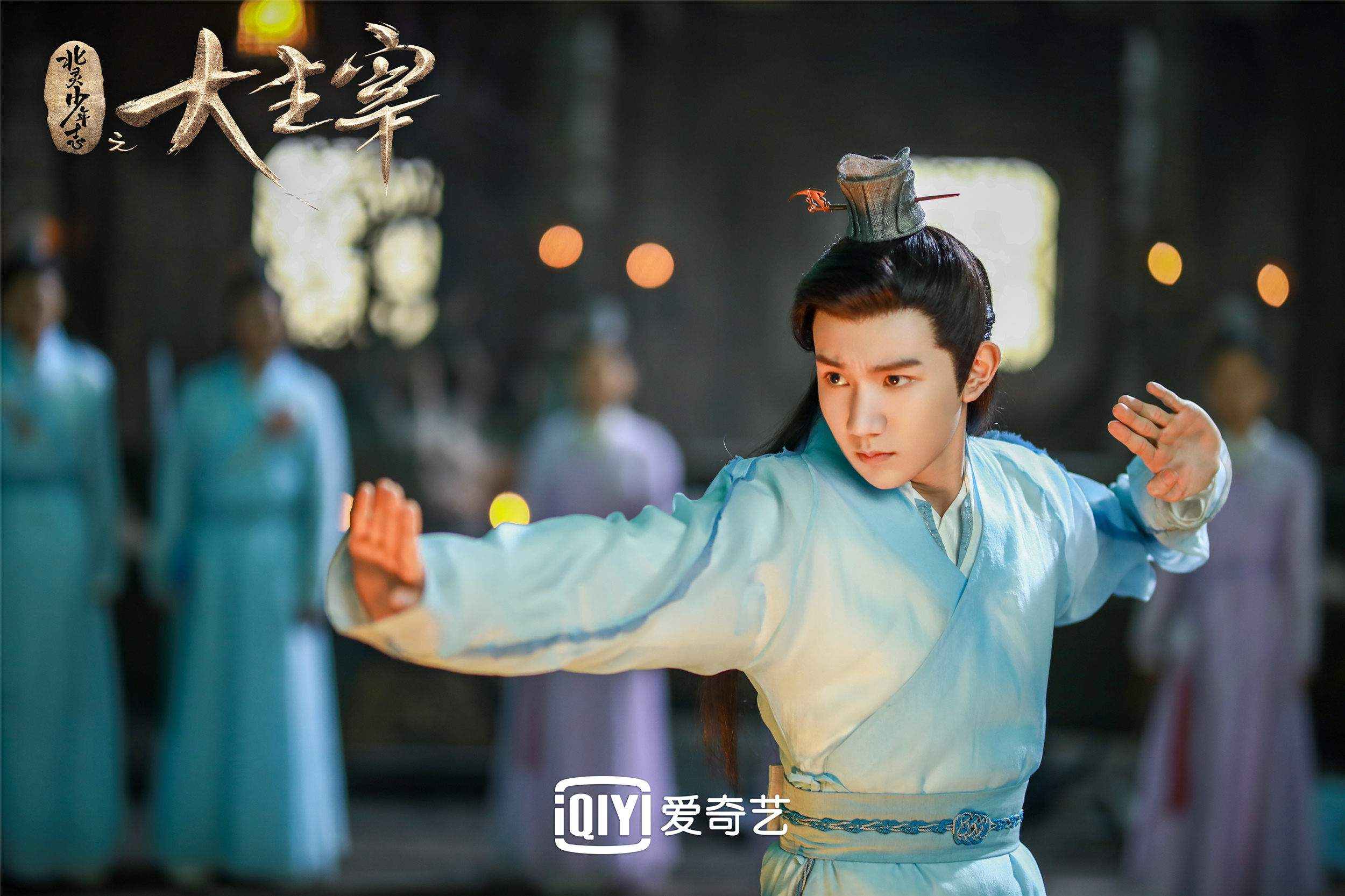 Mu Chen (牧尘), Wang Yuan
Son of Mu Feng and the young master of the Mu Territory. He lacks magical abilities and is often bullied because of it. However, he is highly intelligent and an expert at using the magic circles. However, it turns out that the reason why he does not have magic powers is because they were sealed by his mother, from the Futu God Tribe. He is half-human, half-god and is given the Futu Great Spell by his mother, which is the same spell that sealed the Evil Deity many years ago. 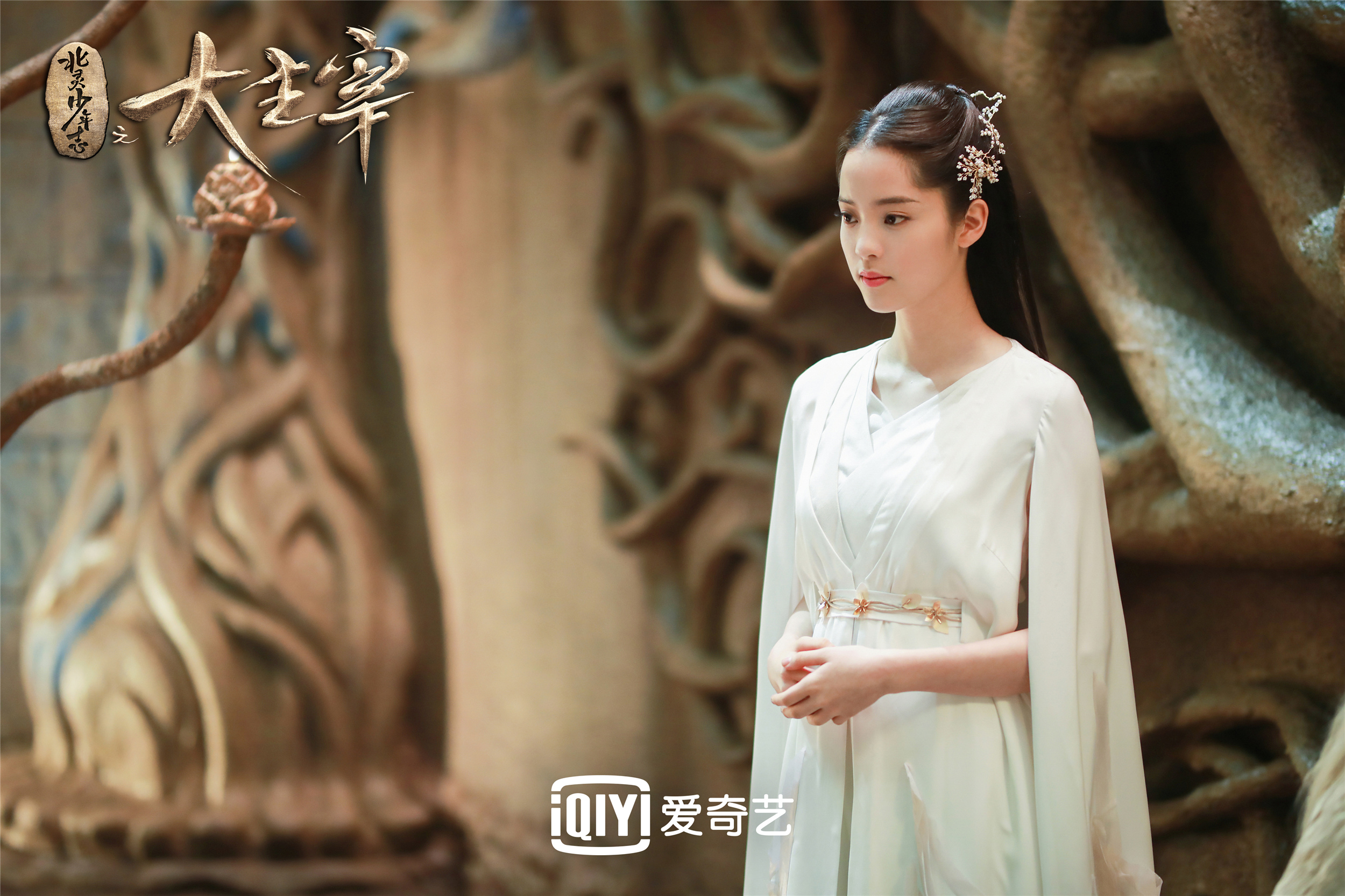 Luo Li (洛璃), Ouyang Na Na
She is from the Luo God Tribe. She was born with strong powers and was strictly trained by her grandfather to hone her abilities. Due to this, she does not know how to speak properly and has to learn from Mu Chen. Due to her high status, she is coveted by the Xue God Tribe. 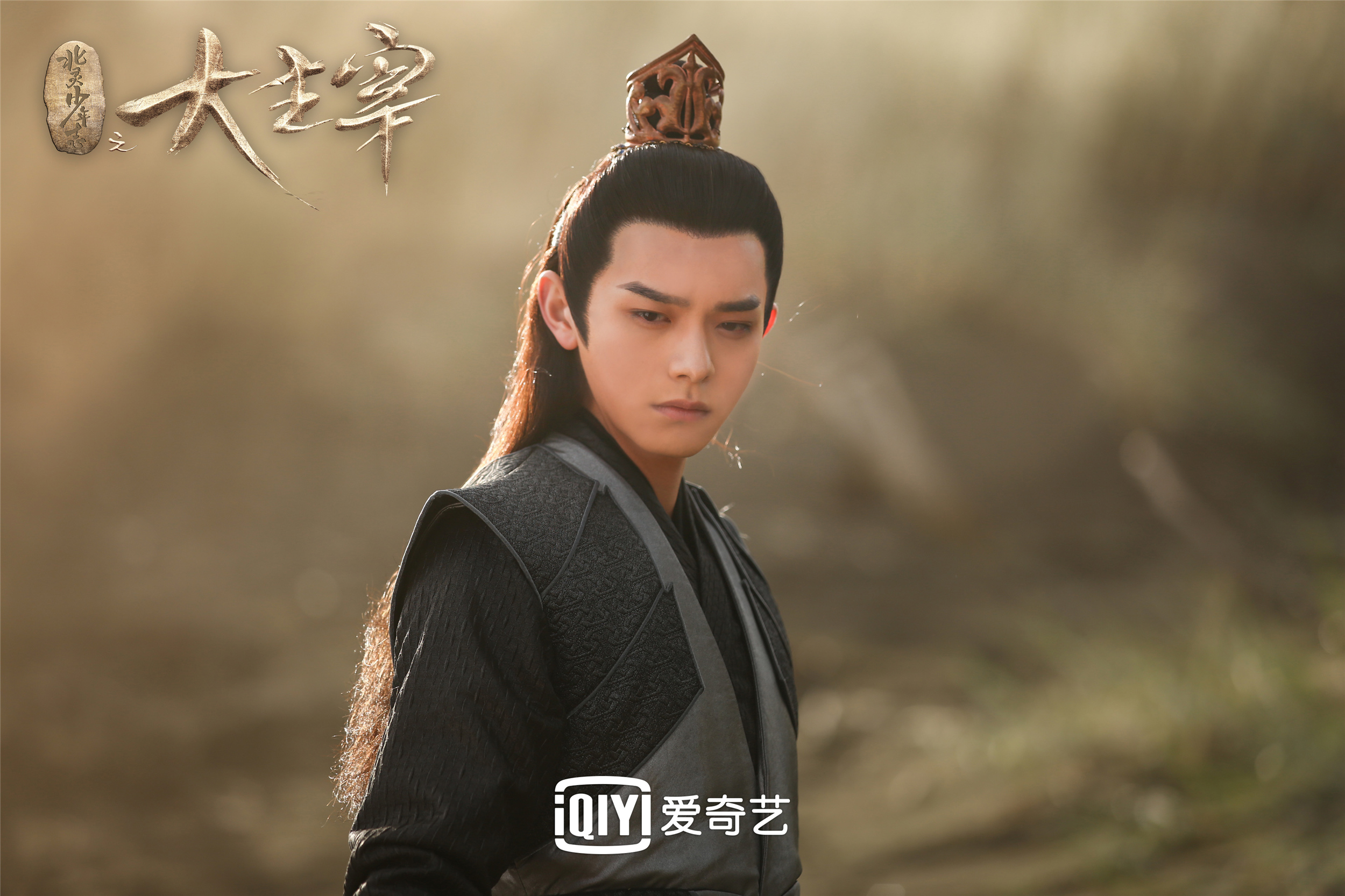 Liu Mu Bai (柳慕白), Luo Ming Jie
The top student at Beiling Academy and son from the ruler of the Liu Territory. He is an honest man who is kind and has a righteous heart. He befriends Mu Chen and helps him despite Mu Chen’s lack of magical ability. He is engaged to Tang Qian Er and always looks out for her, despite her strong opposition against their marriage. 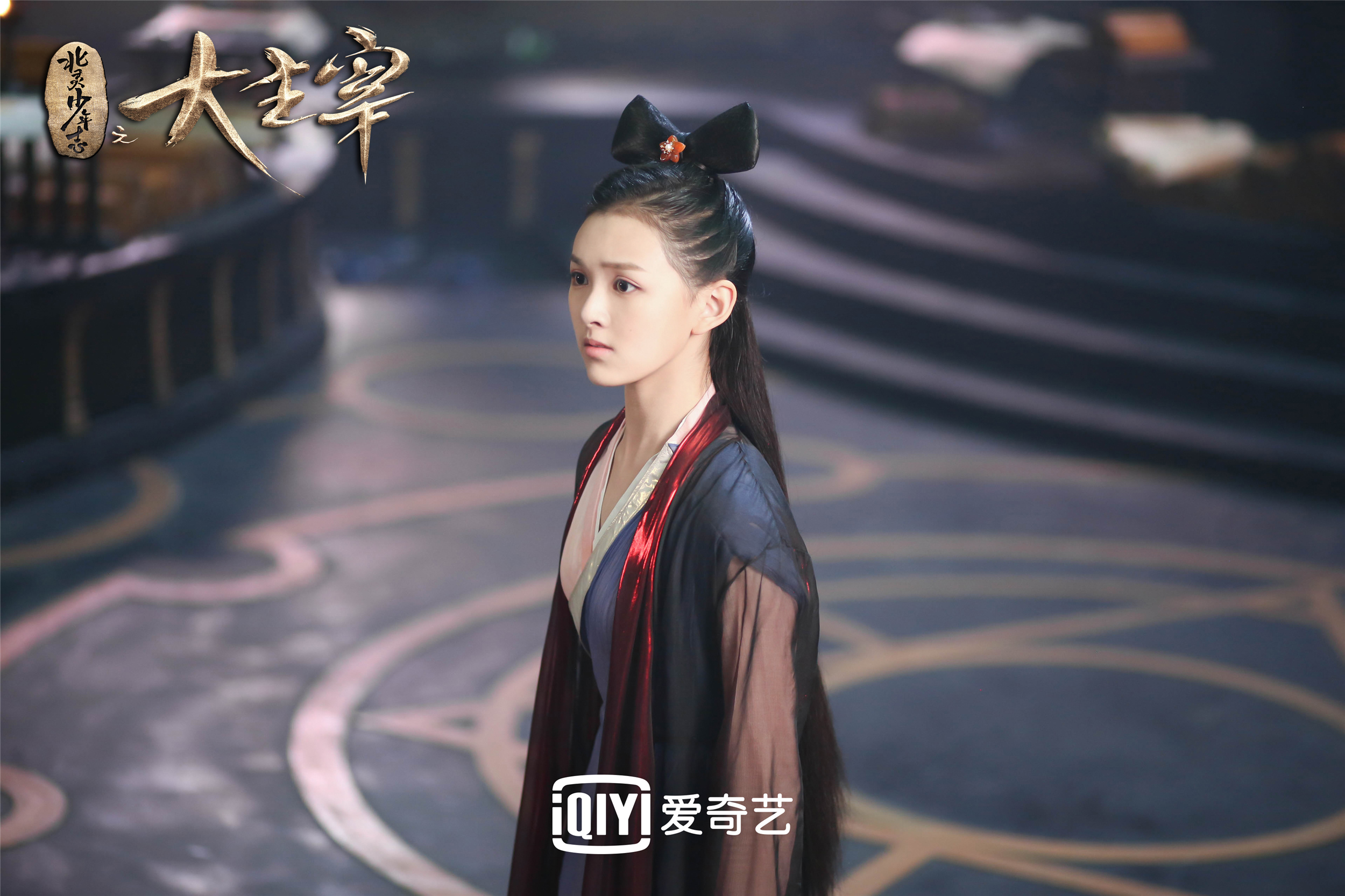 Tang Qian Er (唐芊儿), Wang Yi Ting
Mu Chen’s friend and Liu Mu Bai’s fiancé. She is the daughter of the ruler of the Tang Territory. She has a fiery temper and is high maintenance. However, she has a strong sense of justice and always stands up for the weak. She initially dislikes Liu Mu Bai, but slowly starts to fall for him because of his genuineness. 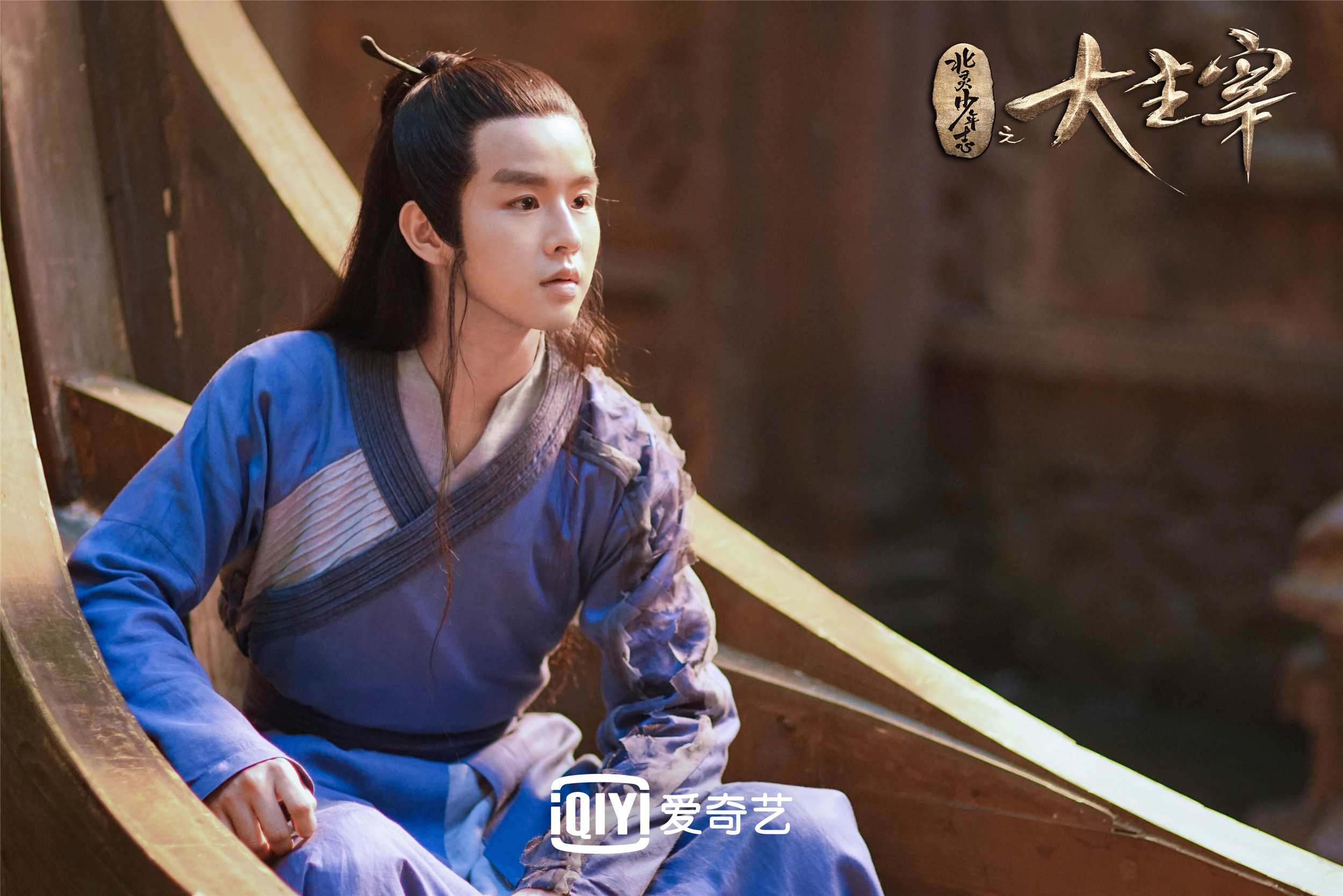 Tan Qing Shan (谭青山), Xu Hao
Mu Chen’s friend and a commoner from the Mu Territory. He always has his friend’s back and never backs down from a fight. 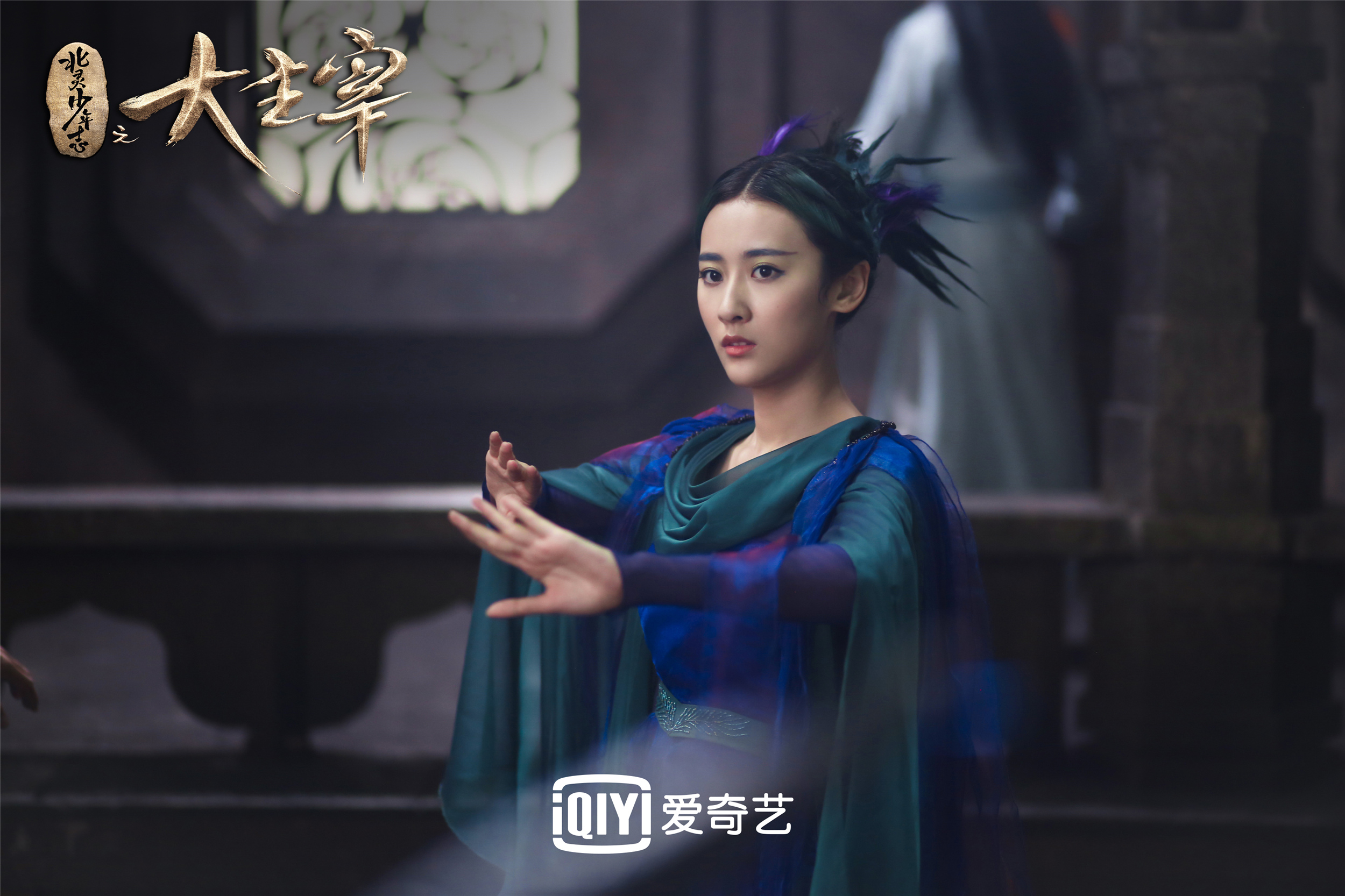 Jiu You (九幽), Ma Yue
A powerful bird who ends up residing in Mu Chen’s body due to her injuries. She initially wanted to take over Mu Chen’s body, but ends up forming a bond with him and offers to help him with her powers. 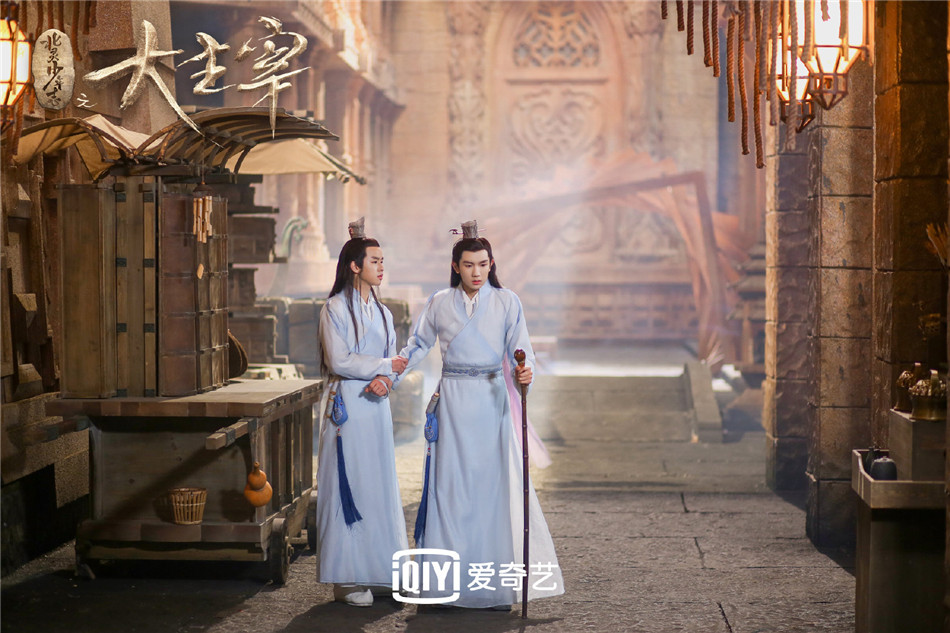 I was very hesitant to watch this drama due to its unknown cast. Wang Yuan is the only one from the TF Boys that I don’t actively follow, and I’ve heard a lot of bad reviews about Ouyang Nana’s acting before. And, so I thought I’d skip out on this drama. Buuuttt… I decided to give it a try after going back and forth about it. And let’s just say I ended up binging on 12 episodes in two days!!!

What I like about the drama so far is really its premise. The storyline is very interesting and easily an attention grabber, despite its lack of originality. The setting is set in a fictional world very similar to LORD. In the continent of Beiling, there are 9 territories and with each land governed by their own respective rulers. Mu Chen, our male lead, is the only son of Mu Feng, from the Mu Territory. He is a young man who possesses no magical abilities. So, growing up, Mu Chen was often bullied and outcasted. But, even so, his father and two friends, Tang Qian Er and Tan Qing Shan, have been by his side and openly supports him. Mu Feng is a very good father to Mu Chen. He loves his son a lot and would sacrifice anything for him. Mu Chen also loves his father dearly. He admires him and looks up to Mu Feng. Granted Mu Feng raised him by himself, the two father and son have a strong bond that is not easily broken. 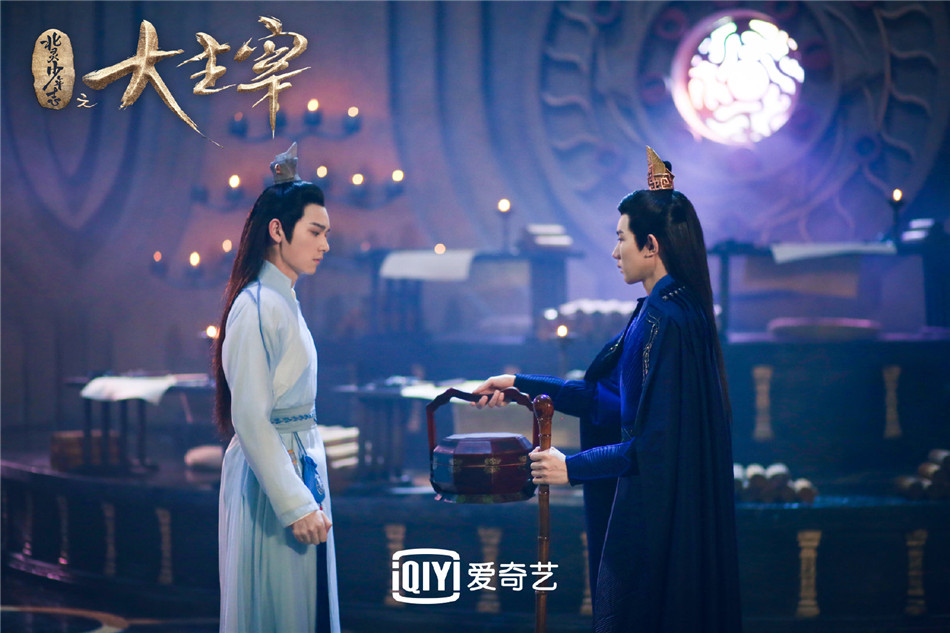 Wang Yuan’s portrayal of the heroic Mu Chen has been surprisingly pleasant. He exudes the mannerism and brashness of Mu Chen well to the point where I wonder if Mu Chen and Wang Yuan share personality traits, because it’s seems so natural for Wang Yuan when he’s portraying his character. Obviously, Wang Yuan is still new to acting, but I’m really loving his portrayal of Mu Chen. I hope he gets a lot of love for this role!!! Another great thing about this drama is really the other characters. Aside from Luo Li, who’s a bit lackluster, Mu Chen is surrounded by an interesting group of friends. It’s very cute and adorable how much they care about each other and stick together. I love that Tang Qian Er and Tan Qing Shan are always quick to stand up for Mu Chen, despite his lack of abilities. And even top student Liu Mu Bai ends up befriend him. Having the top student and the student with no powers becoming friends really shows how great a person Mu Chen is. He’s really someone who easily wins over people and can befriend just about anyone. Luo Li, on the other hand, has been quite a disappointment. I like her character, but Ouyang Nana really isn’t the best fit for this role. Luckily, for her, Luo Li doesn’t show much emotion or even talk much.

Anyway, the pacing of the story is pretty fast. It isn’t too draggy, and a lot happens within a short span of time. Personally, I kind of like it. Yeah, it sucks that some events do get skipped, but I don’t really mind it because it helps the story keep moving forward. And, honestly, that’s all that really matters. I think it’s important to see a story move on and continue on with its story rather than be draggy. It’s pointless and does not help with character development. But the development of The Great Ruler has been very good, and I love that all of the characters are getting their own personal development—even those with minor roles! And the story that’s being told is really unique. The overall plot of the this drama is fairly unoriginal—a young boy who is ungifted suddenly is given the burden of saving the world and discovering that he has a hidden mysterious power after all. It literally sounds like any shounen anime out there. But, even so, I think this drama really stands in due to its great setting, how it’s set-up, and how it also focuses on its side characters. Mu Chen is the central character, but we also get to learn about his father and Liu Mu Bai, the second male lead. 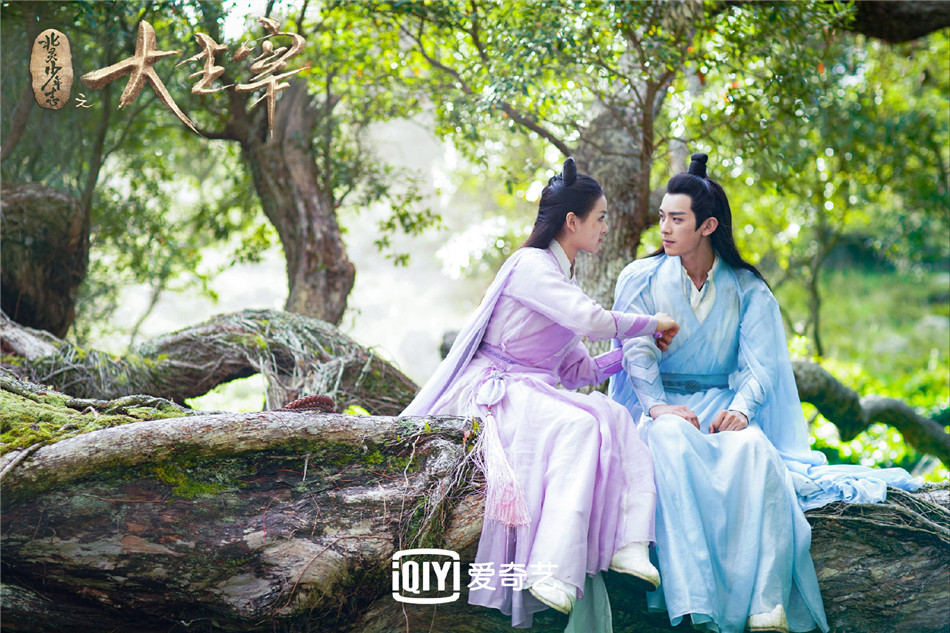 Also, if you’ve watched Fighter of the Destiny with Luhan and Gulinezha, you’ll definitely see lots of similarities with this drama. For example, Mu Chen and Chen Chang Sheng share similarities in that they both are boys who have no particular special abilities. They start off weak, and they end up becoming even more powerful. And they also share fairly similar personalities in that they’re friendly, easy to get along with, and are loved by everyone around them. And then there’s Luo Li and Xu You Rong. They’re both regarded as beautiful women born with strong powers. They barely show any emotion and always having people chasing after them for their powers and status. Then, there’s also the part when Mu Chen befriends and ends up bonding with Jiu You, a powerful bird beast. It reminded me of when Chen Chang Sheng met with the Little Black Dragon. And remember when Chen Chang Sheng become temporarily blind (more like disabled though)? Yeah, Mu Chen does too… There are actually a few more similarities, but I’ll stop here. Seeing all of these similarities, I really do wonder if the production teams of both productions go together and did a brainstorm when they were planning this drama…. 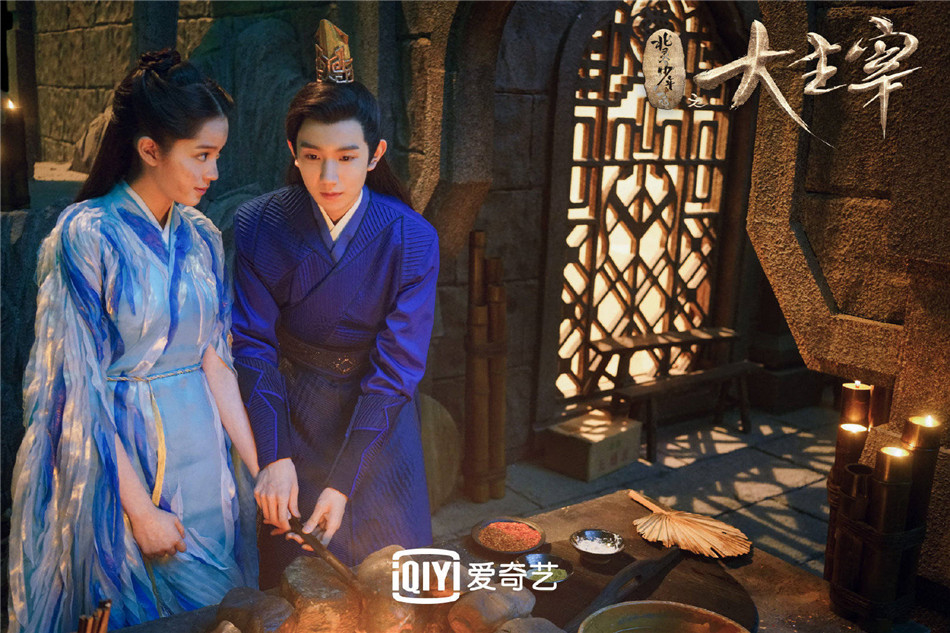 Overall, The Great Ruler is a very good drama. I regret not watching when it first came out, but I’m glad it’s on my radar now. I hope it doesn’t disappoint later on, and I’m excited to see Mu Chen recover his hidden powers and abilities and become stronger. And I also hope that Liu Mu Bai does have a happy ending. I like him! I hope this drama gives him justice and gives him the happiness he deserves, especially going through everything he did! Anyway, if you like fantasy dramas, I highly recommend this one!!! Don’t let the young cast deter you from it!