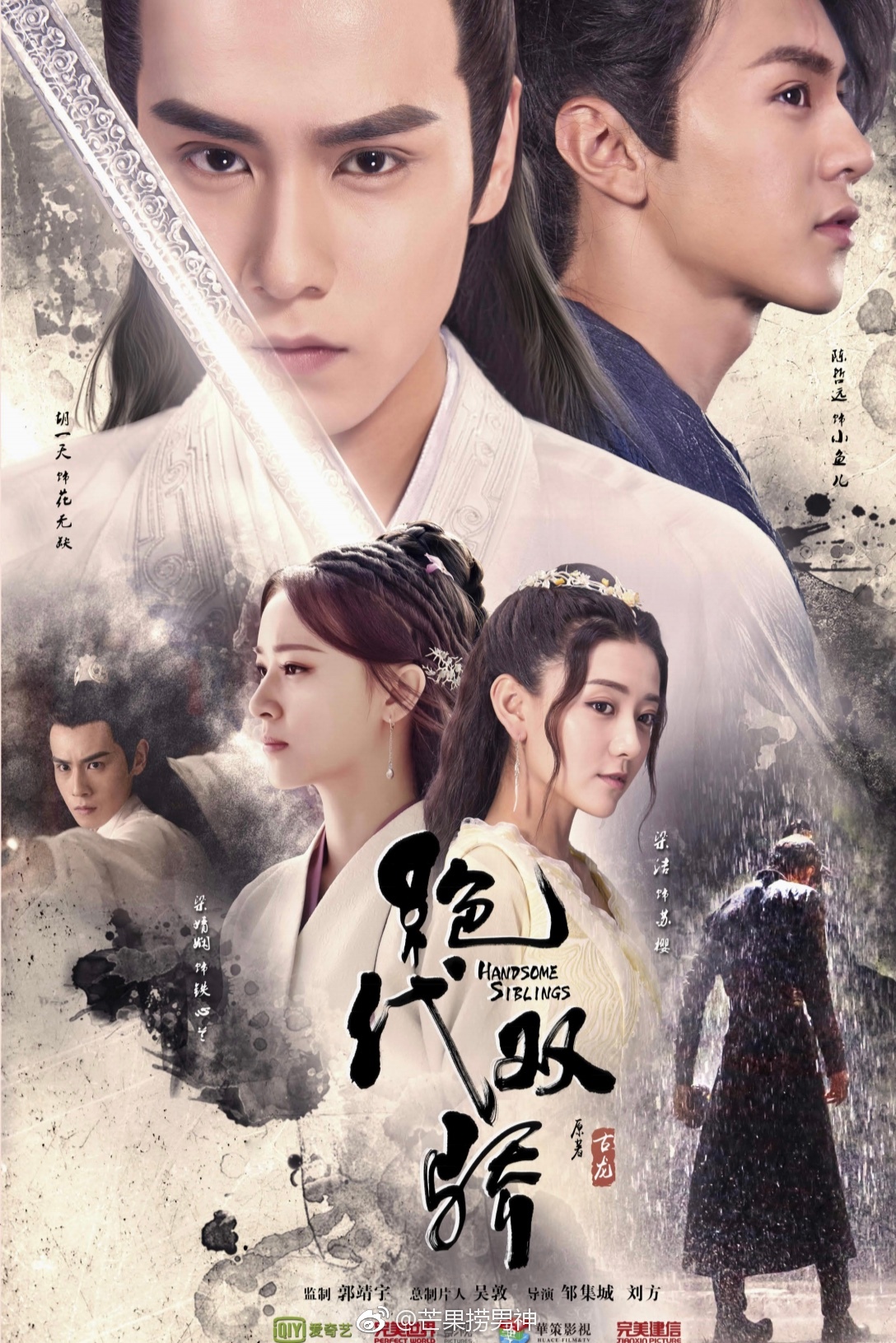 Although it was Hu Yi Tian that won majority of the viewer’s hearts, I still think Chen Zhe Yuan should equally share the love. He was great as Xiao Yu Er, and I was so amazed by his great acting skills in this drama. 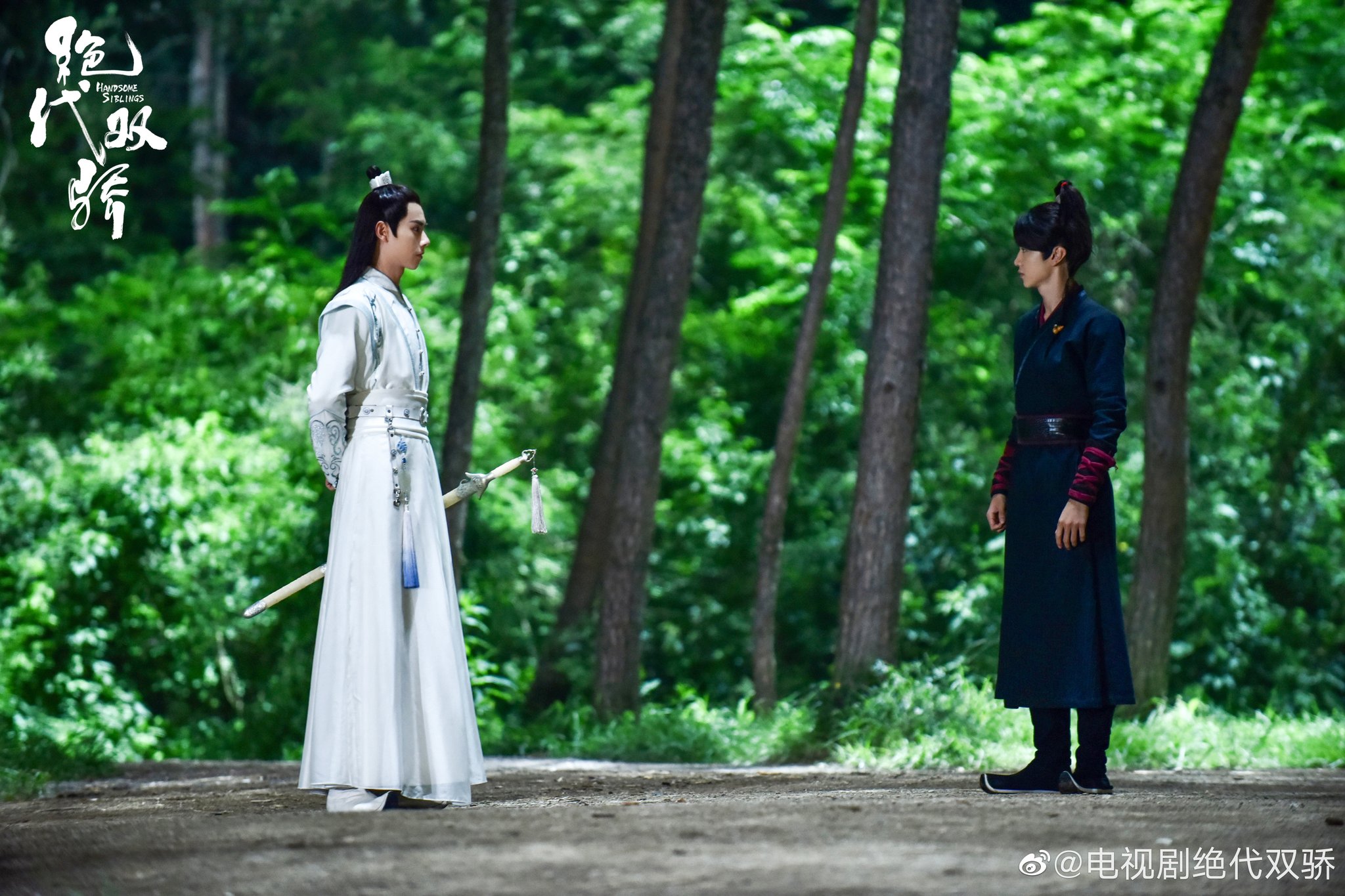 Jiang Feng is saved by Yao Yue and Lian Xin from Yi Hua Palace. The two sisters fall in love with him, but he ends up falling in love with their maid, Hua Yue Nu. Yao Yue feels betrayed by his actions and she and her sister both chase the two down along with their newborn twins.

However, once the parents are dead, Lian Xin stops Yao Yue from killing the two children. She suggests that they take one child and raise him so that he would one day come back and fight his brother to the death. By doing so, they would truly get back at Jiang Feng for abandoning them. Yao Yue agrees, and they take one of the twins back to raise. Meanwhile, the other twin is taken in by Yan Nan Tian, Jiang Feng’s sworn brother. But when Yan Nan Tian ends in a coma and becomes unable to raise the baby, Xiao Yu Er ends up being raised by The Five Great Villians.

Again, lots of characters…! But I’m just going to list the important characters… 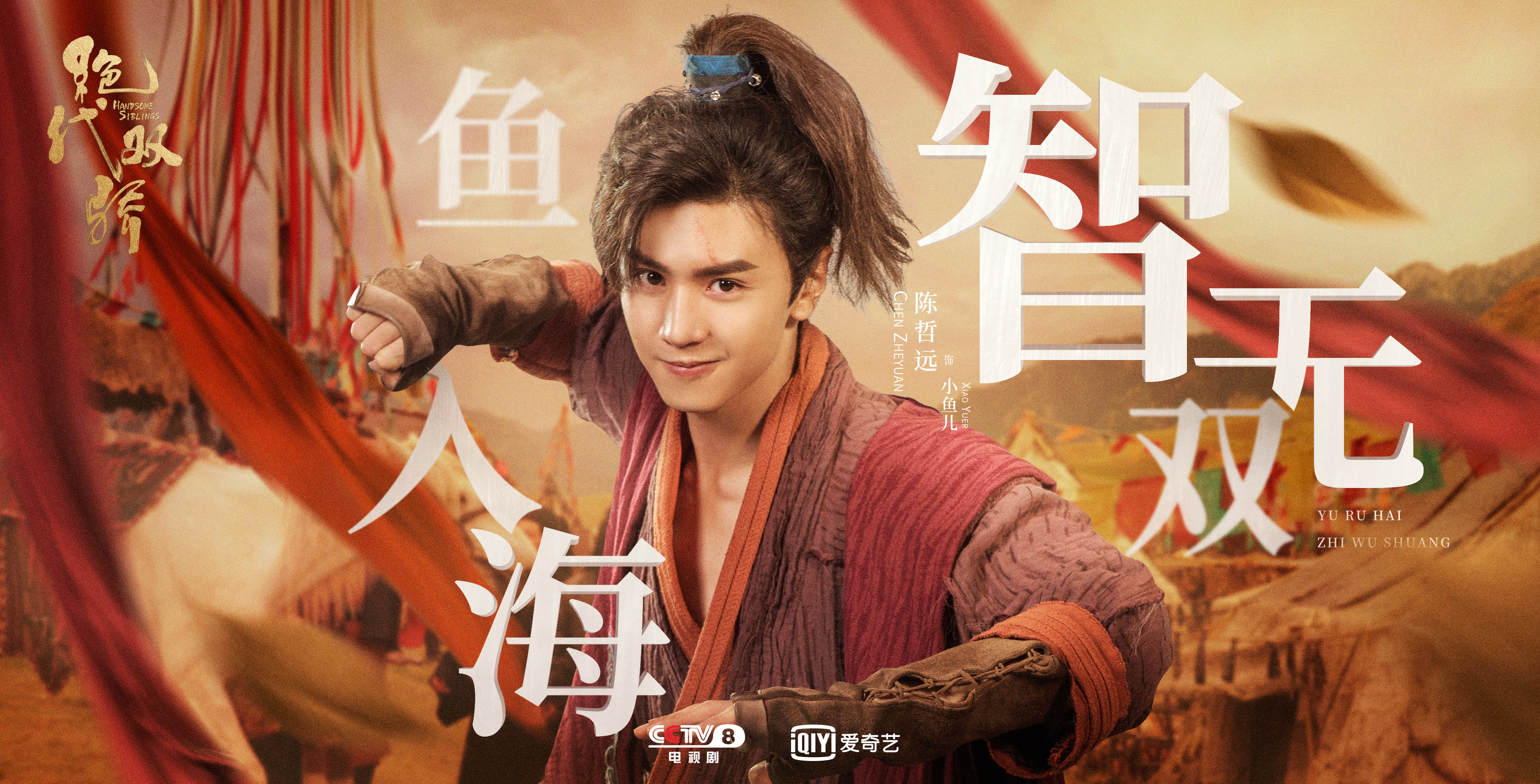 Jiang Xiao Yu/Xiao Yu Er (小鱼儿), Chen Zhe Yuan
Hua Wu Que’s twin brother. He was taken away by Yan Nan Tian and raised by The Five Great Villains. Because of this, Xiao Yu Er is known to be mischievous and playful. He never takes things seriously and is always joking and playing around. However, despite this, he is also extremely intelligent and uses his intelligence when fighting his opponents. 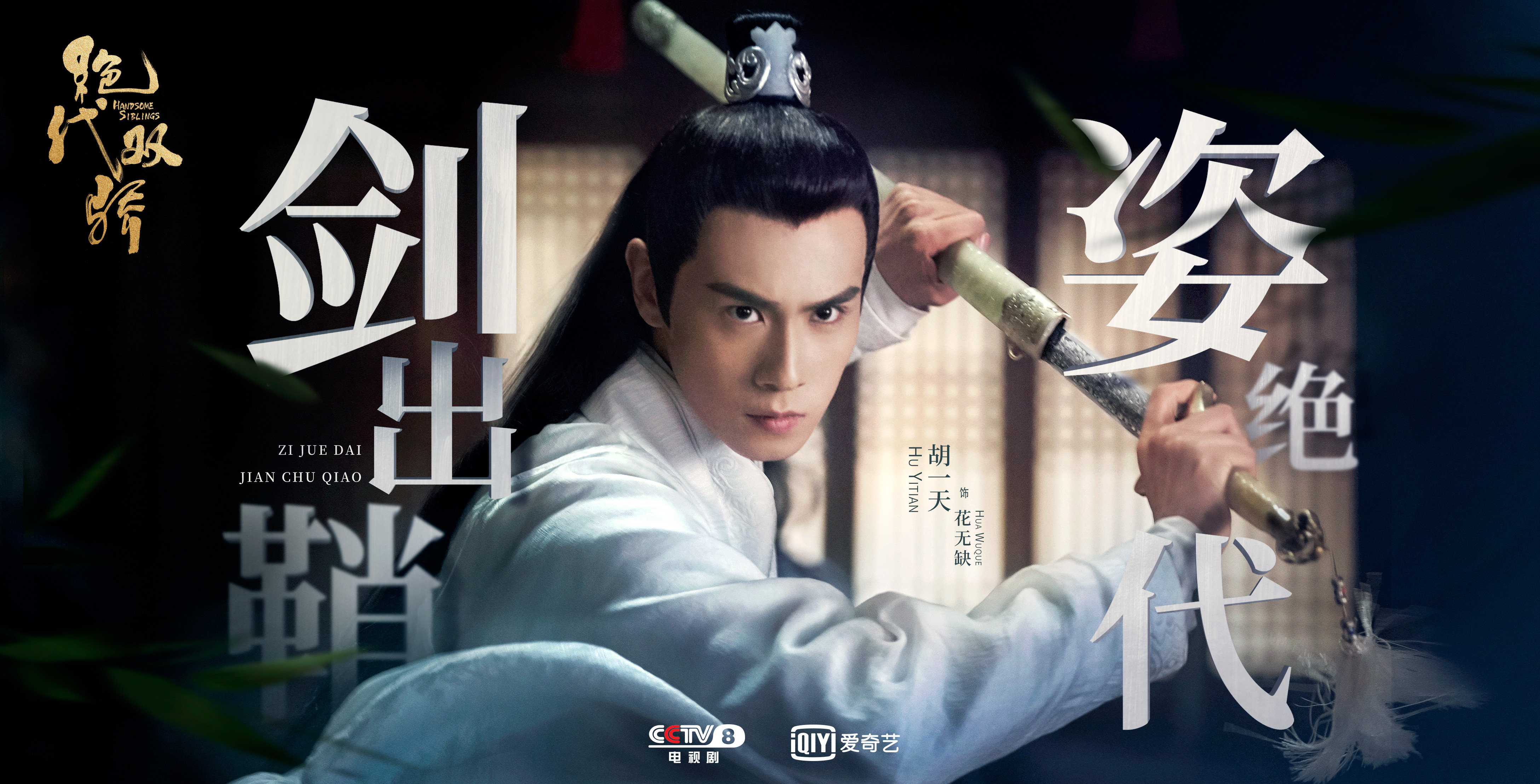 Hua Wu Que (花无缺), Hu Yi Tian
Xiao Yu Er’s twin brother. He is raised by Yao Yue and Lian Xin at Yi Hua Palace. He appears cold and untalkative, but he has a good heart and will stand against any injustice. 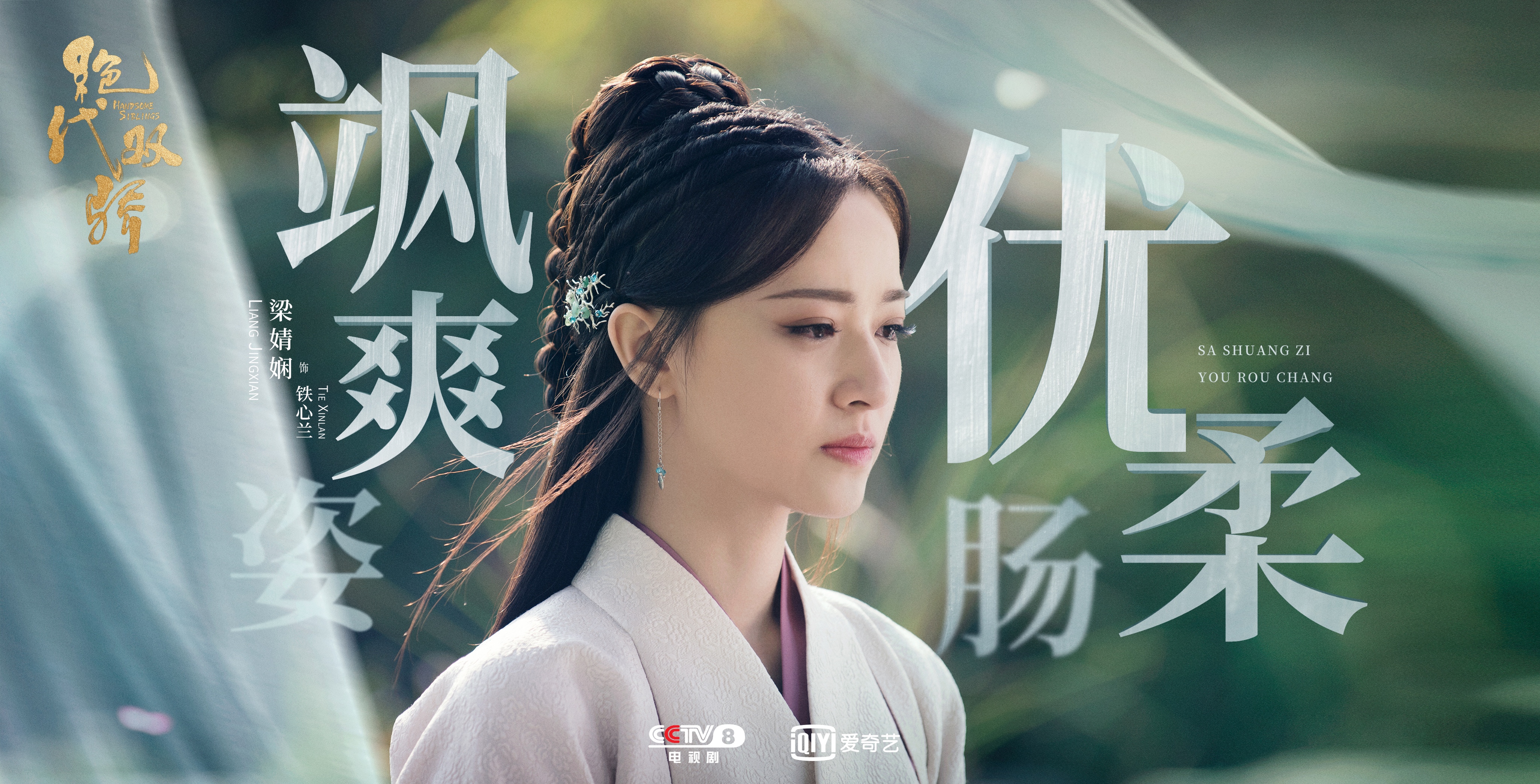 Tie Xin Lan (铁心兰), Liang Jing Xian
The daughter of Tie Zhan. She initially befriends and has a crush on Xiao Yu Er, but eventually falls in love with Hua Wu Que. When she knows that both brothers are fighting against each other, she takes it upon herself to stop them and try to mediate between them. 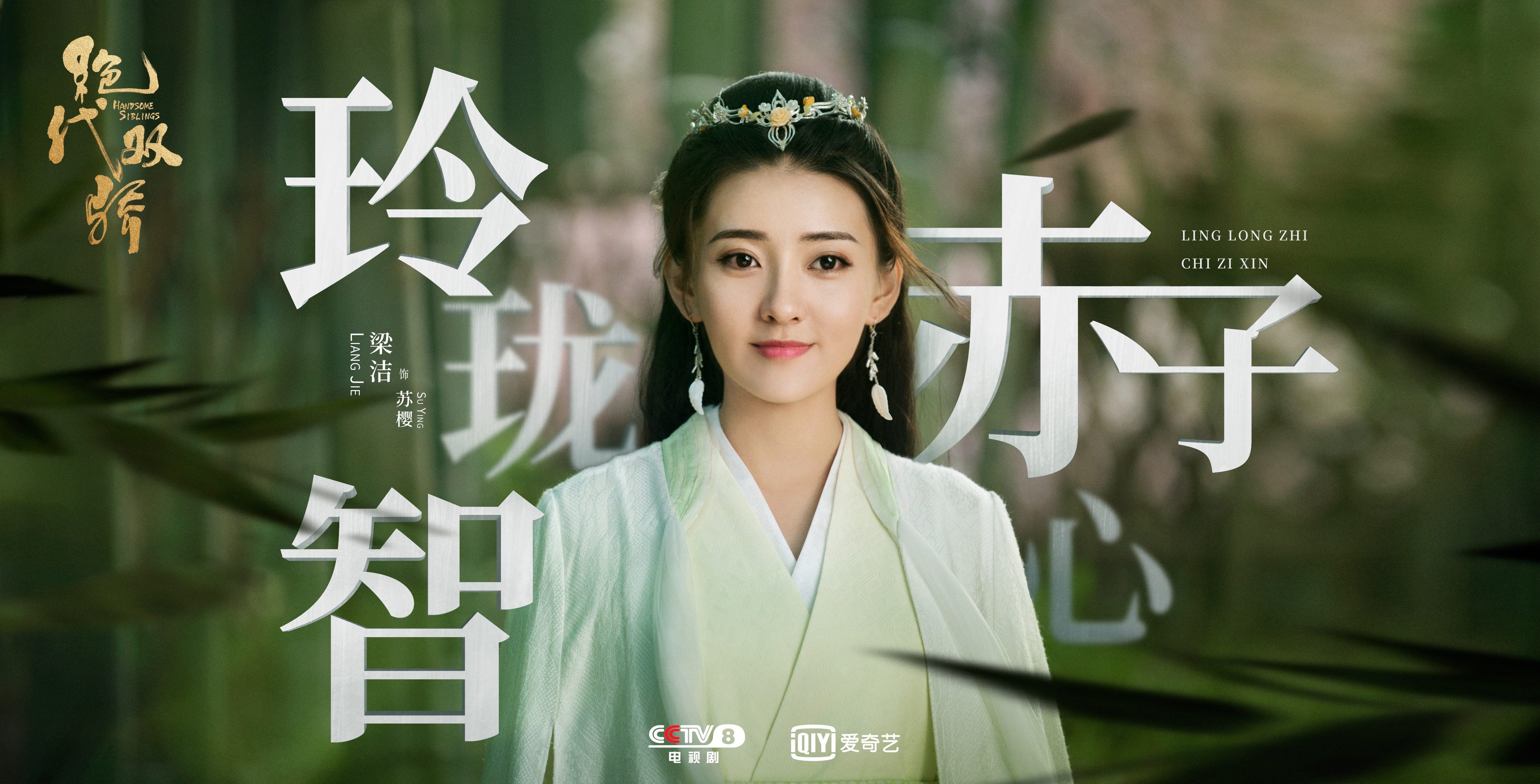 Su Ying (苏樱), Liang Jie
Wei Wu Ya’s adoptive daughter. Although not skilled in martial arts, she is smart and well-versed in medicine. She immediately falls in love with Xiao Yu Er and actively seeks to win his heart. 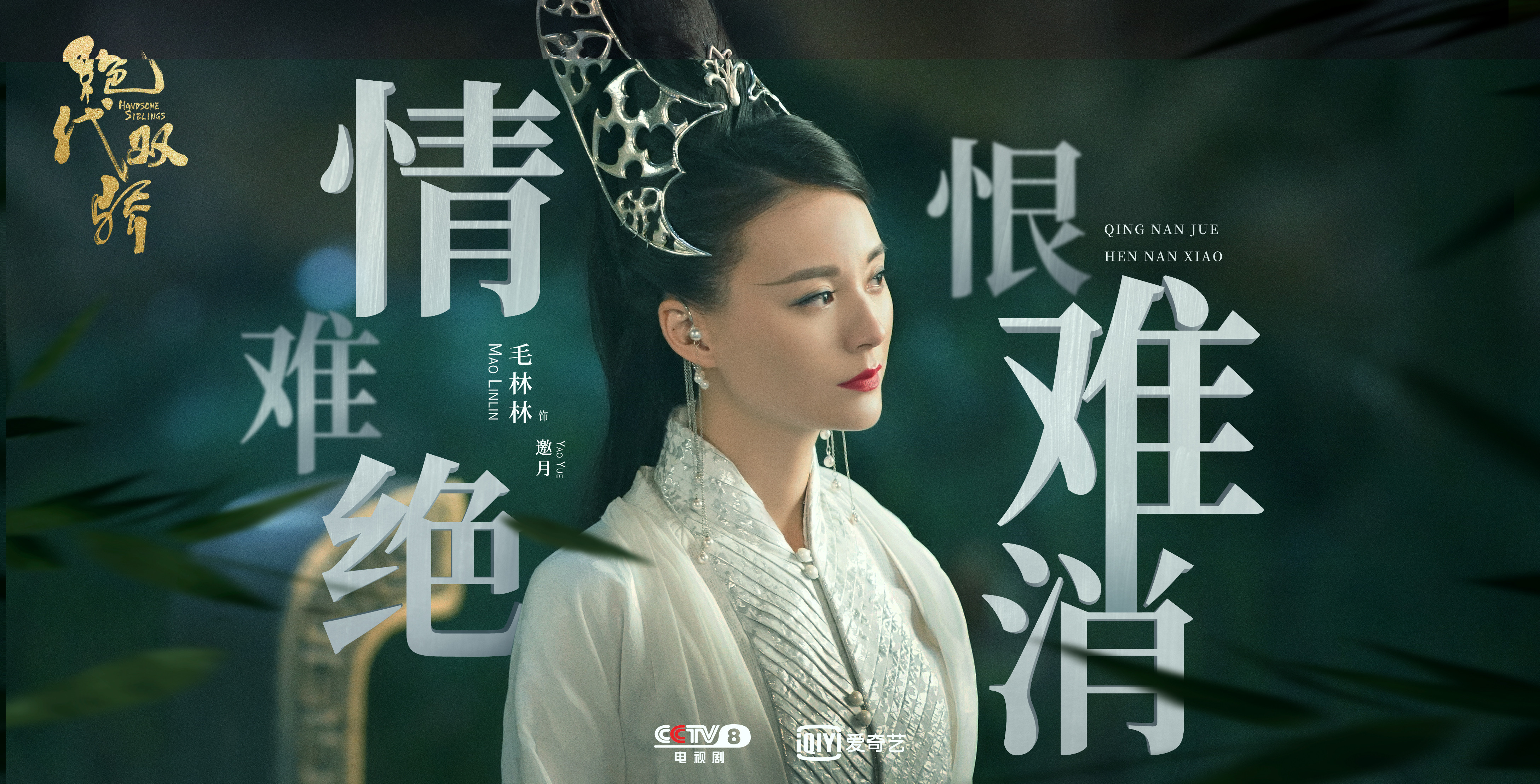 Yao Yue (邀月), Mao Lin Lin
The leader of Yi Hua Palace and Lian Xing’s older sister. She falls in love with Jiang Feng after she saves him but feels betrayed when he falls in love with her maid. She has never forgiven him and raises Hua Wu Que to kill Xiao Yu Er. However, Hua Wu Que’s strong resemblance to his father makes her distance herself from him. 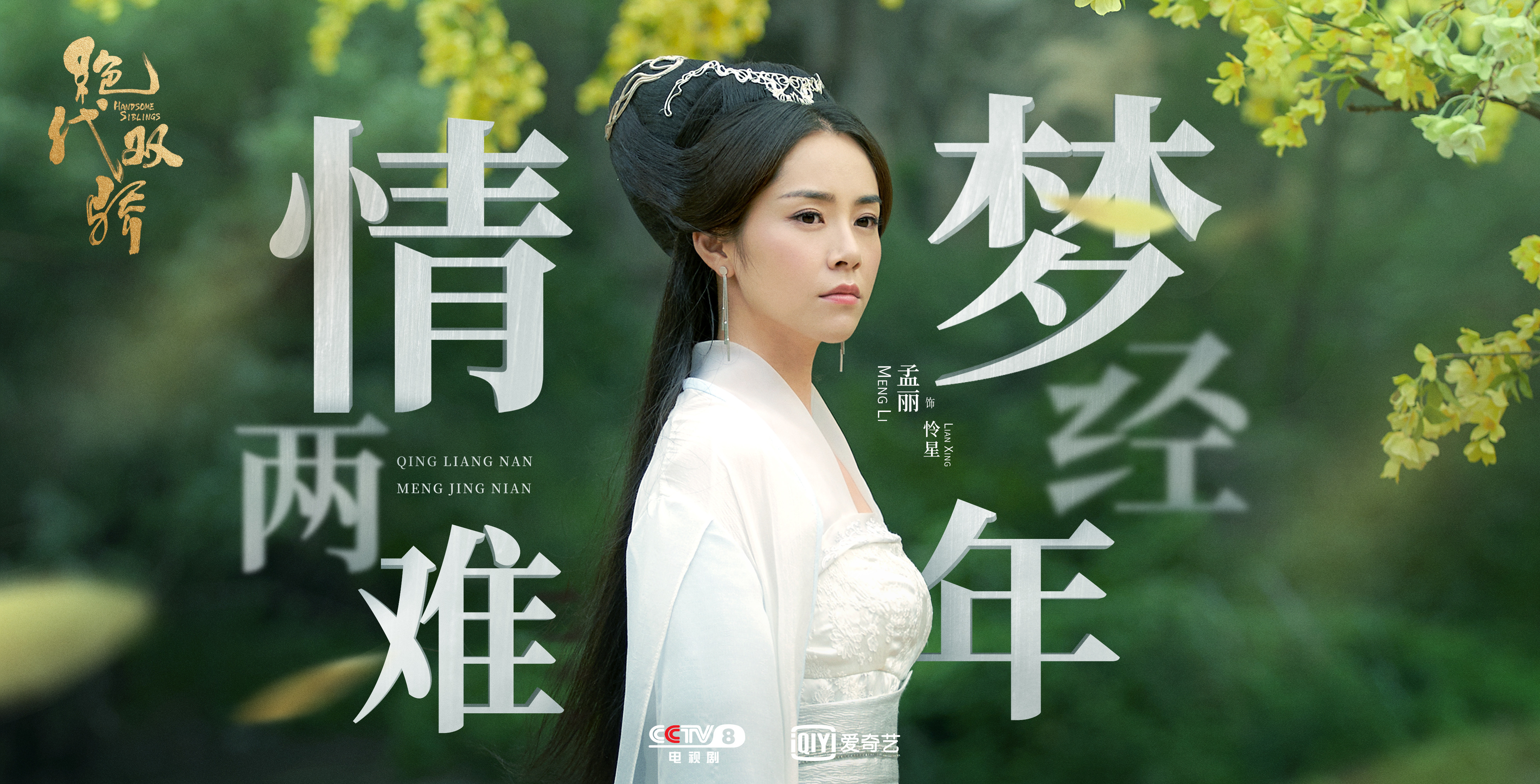 Lian Xing (怜星), Meng Li
Yao Yue’s younger sister and second leader of Yi Hua Palace. She is kinder and more attentive to Hua Wu Que. Unlike her sister, she openly shares her emotions to him and becomes the one who he is closest to in Yi Hua Palace. She also fell in love with Jiang Feng, but keeps quiet for her sister’s sake. 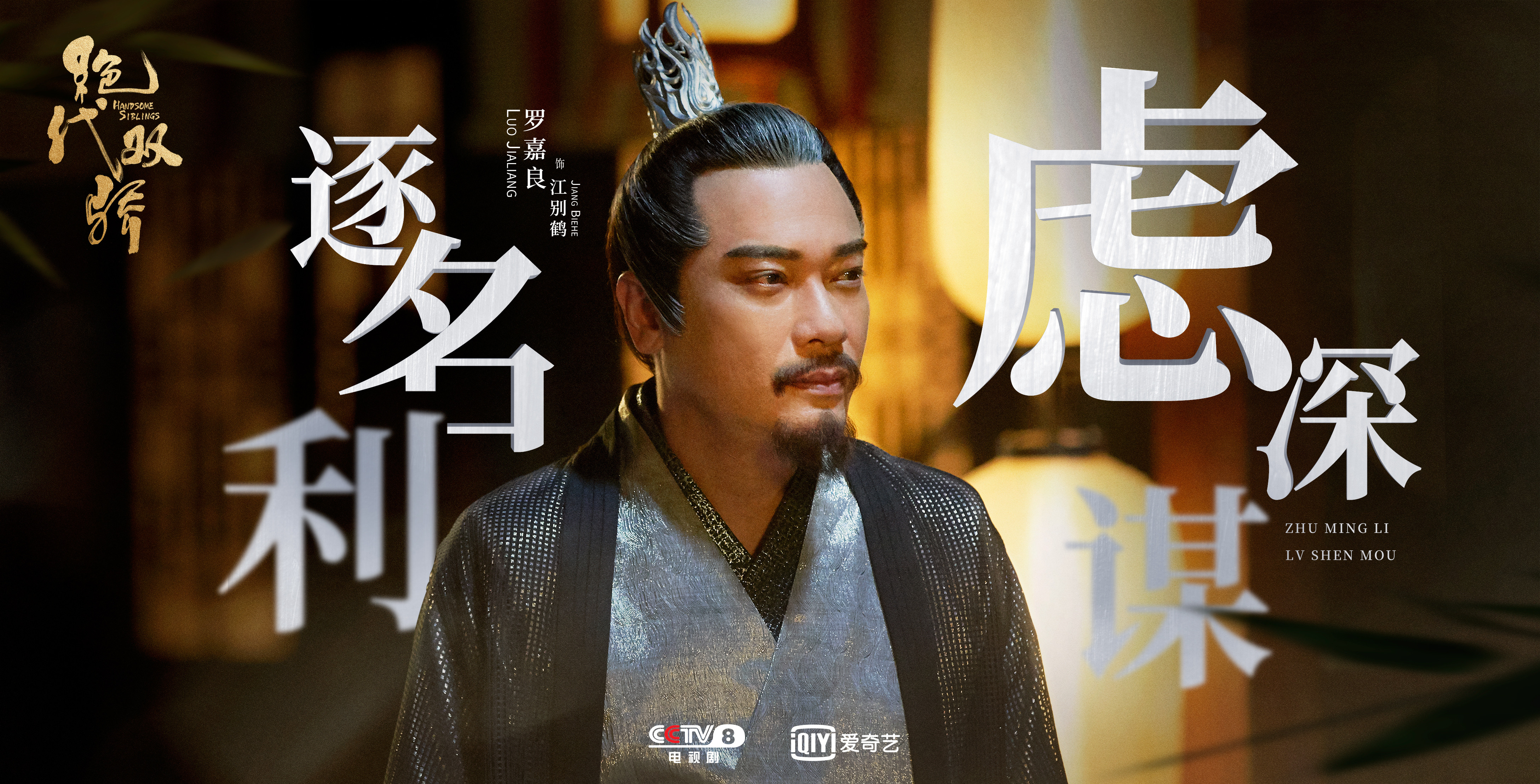 Jiang Bie He (江别鹤), Gallen Lo
Originally Jiang Qin, Jiang Feng’s servant. He has always hated Jiang Feng and was the one who plotted to use the Yi Hua Palace’s sisters to go against him. After Jiang Feng’s death, Jiang Qin changes his name and becomes a powerful man in the martial arts world. However, he pretends to be chivalrous and a hero, when he is truly evil and goes around stealing money and killing people. 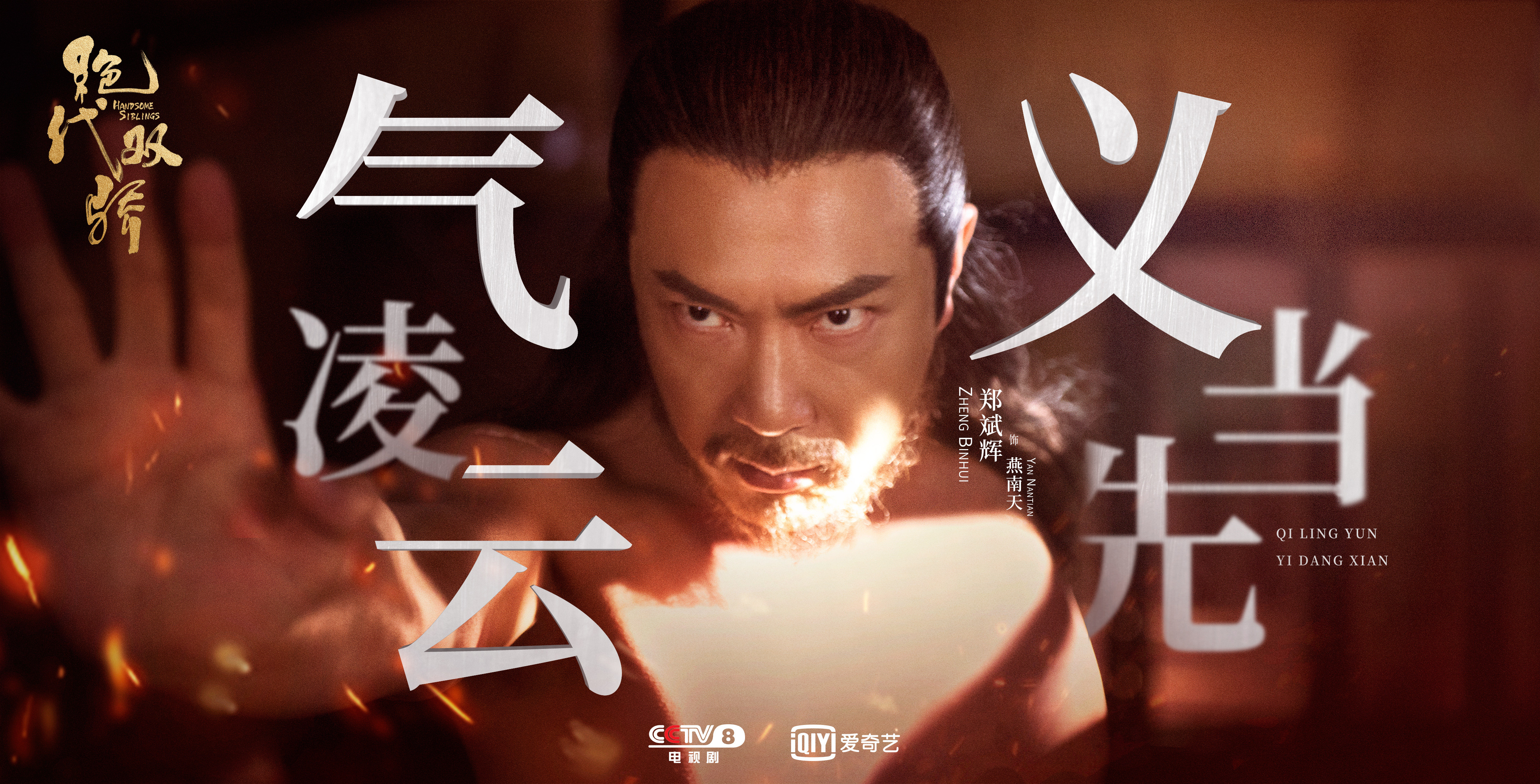 Yan Nan Tian (燕南天), Zheng Bin Hui
Jiang Feng’s sworn brother. He swears vengeance against Yi Hua Palace after Jiang Feng’s death and takes Xiao Yu Er away. However, he gets ambushed and falls into a coma. He recovers twenty years later only to go into seclusion due to the loss of his martial arts. But he soon returns and reunites with Xiao Yu Er and Hua Wu Que. 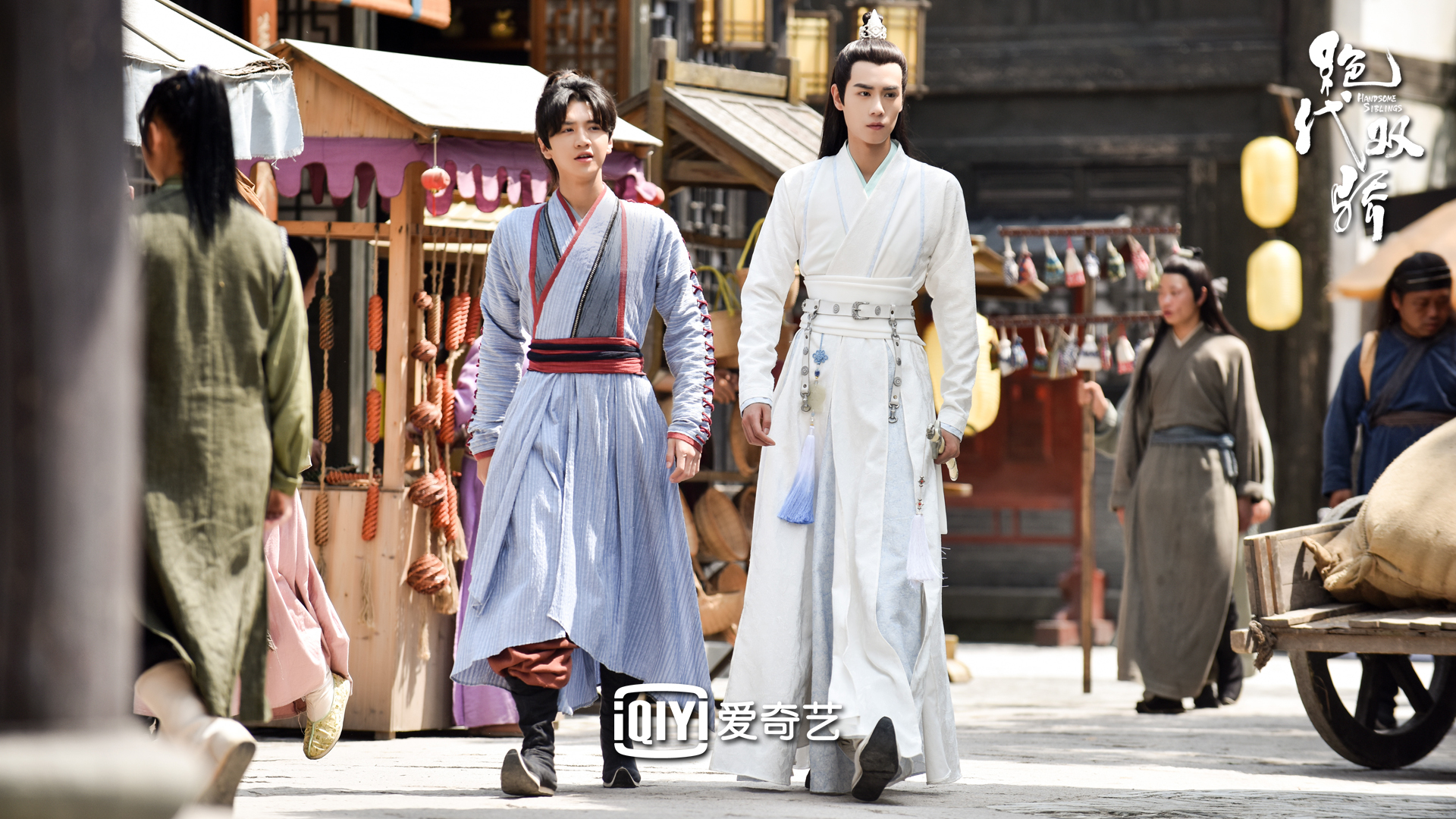 I started this drama after watching Heavenly Sword and Dragon Slaying Sabre 2019. I guess I was just in the mood for another wuxia drama, and I binged watched this drama within a few days. I did skip a few episodes in the beginning, but I figured I wouldn’t miss much since I already know the story anyway. But I was curious to how this drama was going to be since the last time I watched the previous remake which was with Nicholas Tse, Dickey Cheung, and Fan Bing Bing (from 2005!). And while there were tons of eye candy in that drama, it definitely didn’t follow the novel and really took its own turn. And I was NOT fond it of it at all. So, I was curious to see how this drama was going to be like. But, of course, I’ve never read the novel before, so I’m not sure how faithful it is to the original plot, but I can say that the drama definitely felt like it followed the plot of the novel better.

But let’s talk about the two male leads first! Hua Wu Que and Xiao Yu Er. I’ll be honest, the two men’s personalities aren’t the best. As a woman who wants her man to respect her, Xiao Yu Er is definitely not the ideal man. He’s really mean to the women who fall in love with him. Yes, I get that he’s attractive, adorable, and intelligent. But he’s definitely a bully and I can see him totally causing a woman’s self-esteem to go down the drain. But good thing he ends up with Su Ying, right? Because the girl is more than enough to handle him, and she knows herself well enough to know that he can never put her down or make her feel bad about herself. If the gentle Tie Xin Lan were to end up with him, she’d definitely go crazy. But I think that’s why she eventually fell for Hua Wu Que. Xiao Yu Er was really mean to her and was always pushing her around, but Hua Wu Que was nice to her. He helped her with her father and he never really pushed her around. He respected her decisions and really let her do whatever she wanted. 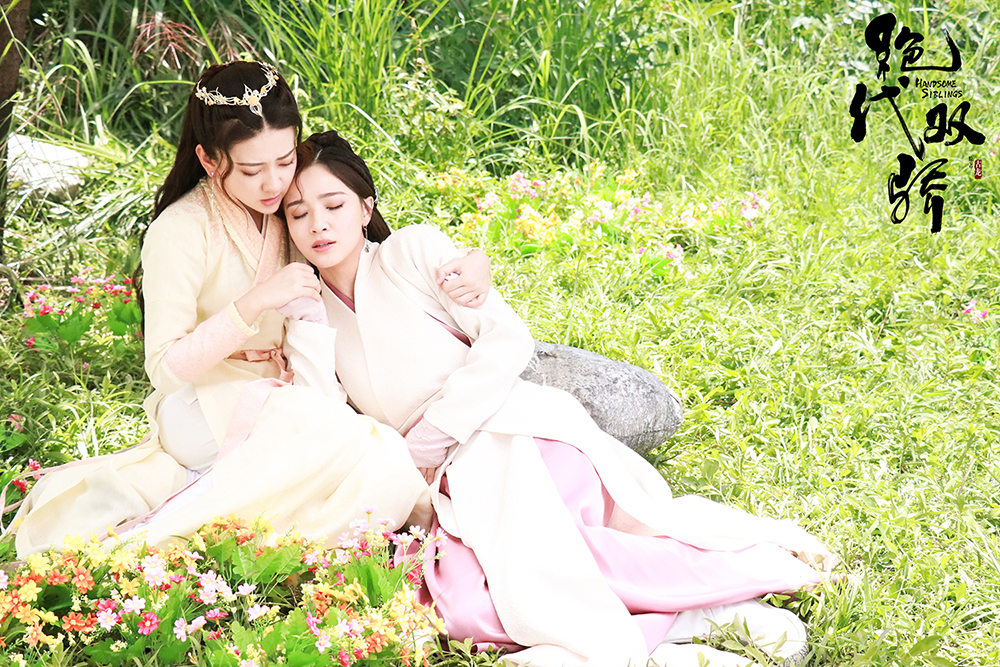 Although Tie Xin Lan is a central character in the novel, I just couldn’t get into Liang Jing Xian’s acting. She just felt very bland and flat to me. I personally like Tie Xin Lan’s character, and I was curious to see how the new actress would do as an important character. But it was quite disappointing. It made me wish that Liang Jie’s Su Ying would quickly appear (she doesn’t appear until episode 30!!!). But I guess it did help that there were other great female supporting characters present, too. 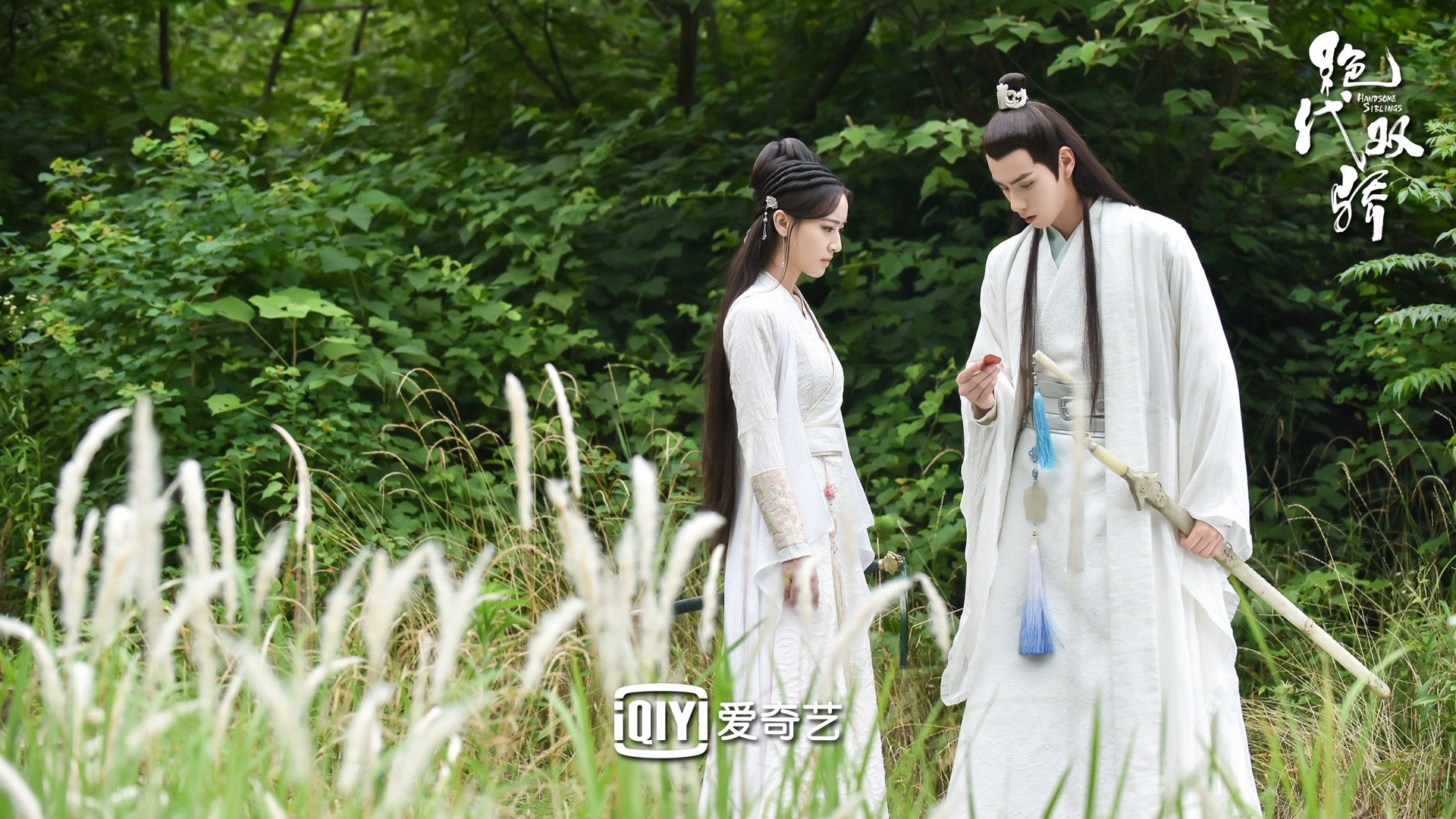 Anyway, I felt that the drama wasn’t a disappointment at all. Of course, there are things that could be better, but Chen Zhe Yuan and Hu Yi Tian’s portrayals as the two leads were enough to really bring the story forward. Their youthfulness and fresh faces helped bring their characters to life, and it really helped that they rocked the looks of their characters. Chen Zhe Yuan definitely has the playboy looks down and Hu Yi Tian’s mysteriousness really amplified Hua Wu Que’s enigmatic character. And then there’s the cute romance with their leading ladies, too! Definitely lots of cutesy scenes to look forward to between the couples! 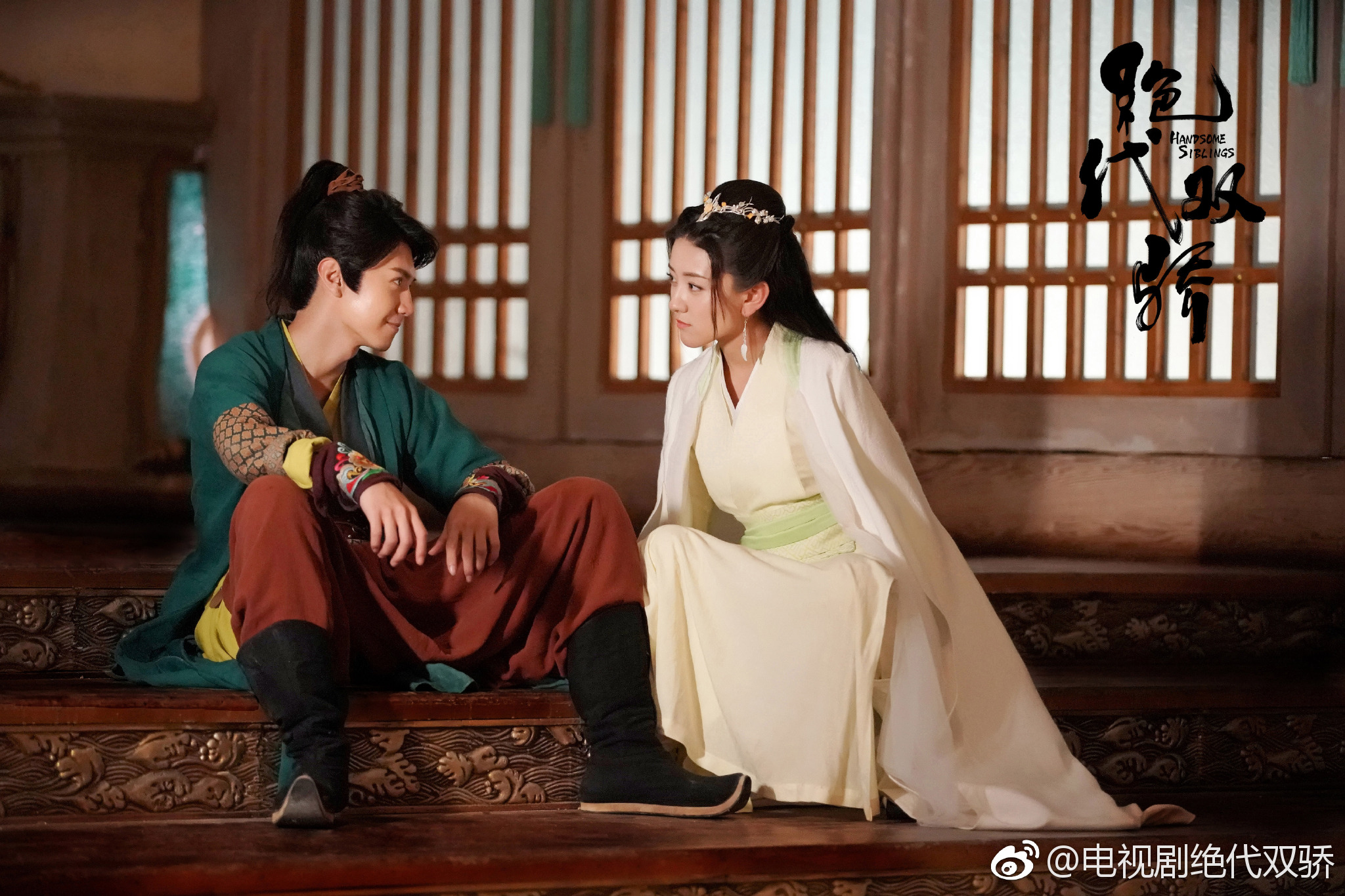 Overall, is this a good portrayal of a classic wuxia story? I guess so. I mean, it has two charismatic leads and amazing supporting characters. Mao Lin Lin was a beautiful Yao Yue. Zheng Bin Hui was cool as the fatherly Yan Nan Tian. And Gallen Lo as the bad guy was pretty cool. I just wished that he deserved a better beating, though. They let him off pretty easily…! The guy deserved to suffer a bit more. But whatever… I did appreciate that the drama really felt like a classic wuxia drama. Nowadays, lots of dramas aren’t really set in the Jiang Hu and many people prefer to watch palace or xianxia dramas. So to have a wuxia drama out and do pretty well, it was worthwhile and definitely worth the watch. Anyway, if you’re watching just to see when the two brothers realize that they’re blood brothers and find out the truth about their parents, don’t start from the beginning!