Hello folks~ It’s been a while. I thought I’ll continue this series. I tried to add a bit of the newer dramas into this mix along with some older ones.

Here’s the link to the part 1 and part 2. The format for part 3 will be the same.

Reviews from author(s) of this blog are highlighted in their own colors and are written after each drama.

ChocolateCosmos: Was able to watch it and I enjoy the acting performances from all three leads (Yang Zi, Deng Lun and Luo Yunxi). Although the later half of the drama wasn’t to my liking as I felt they could have developed the male lead better. Thanks to this drama, all three actors rose in fame. 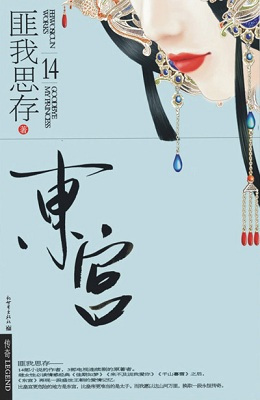 AlwaysZhenXin: One of my favorite dramas in 2019!!! I loved watching Xiao Feng, and while my heart broke throughout it, it was such an amazing drama. Xiao Feng is an amazing woman. I still am iffy about Li Cheng Yin’s character, but I do love watching his romance with Xiao Feng (but only when he is truly sincere towards her!!!). For anyone who wants to watch, please do brace yourself for lots of heartbreaking moments!

ChocolateCosmos: Gosh this drama was so heartbreaking in a rather aesthetic-pleasing way. Although both leads are green in acting, I find their acting palatable. As for the story itself, I truly thought Li Cheng Yin’s character deserves what he has gotten in the end. I really felt sorry for what Xiao Feng had to go through.

AlwaysZhenXin: Another melodrama. The suffering that Wan Mei had to go through was so hard to watch. Honestly, I truly commend her for going through what she did, and still having a pure heart in the end. There were times where I did doubt her character for being too naive, but she did amaze me from the beginning to the end. Personally, I think Bloody Romance is one of Li Yi Tong’s best performances, as she was able to portray the tragic heroine really well.

ChocolateCosmos: This was the dark horse of early summer. It made me appreciate Li Yitong’s acting much more. Also introduced me to Qu Chuxiao.

ChocolateCosmos: Bai Lu’s and Xu Kai’s chemistry is amazing here! Great couple in the story! Zhao Yao is a badass throughout the whole drama.

AlwaysZhenXin: Loved the couple! Lu Zhao Yao was such a badass, and I loved it! She’s definitely not the typical female lead, but she was the one who made the show so amazing. I also really liked Qin Zhi Yan and her sisterhood with Lu Zhao Yao.

ChocolateCosmos: The beginning was alright. Ethan Ruan surprised me with his portrayal, albeit his portrayal isn’t exactly book accurate. Yang Mi’s portrayal was alright, but I felt they could have cast a younger actress for her younger part. Although it was enjoyable for the first half, the second half was like … a no for me. I felt that they could have reduce the number of times Fuyao needs saving from Wuji. Liu Yijun’s veteran acting was great. I thought Lai Yi had great potential after this drama.

AlwaysZhenXin: I felt like the character Fu Yao was a bit too young for Yang Mi’s mature look, but I still think Yang Mi did a good job portraying her. I really like Zhangsun Wu Ji, but I do agree that he “saved” Fu Yao too much. Overall, the drama was good in the beginning, but it did get boring and draggy from the middle towards the end. I’ll admit it, I stopped watching midway through and skipped to watch the last episode.

ChocolateCosmos: Really was surprised that I enjoyed this. Got me interested that I ended up continuing where I left off on the novel  😅 I see improvements from the male actor and actress in this drama compared to their past dramas.

AlwaysZhenXin: I liked the drama more than I expected. The chemistry between the two leads was pretty good, and it’s probably my favorite Ju Jing Yi drama. She definitely was the one who kept the drama going for me. Although, the middle and ending was a complete disaster (in my personal opinion). The beginning was great, and I loved that Long Fei Ye was slowly opening up to Han Yun Xi, but he was a big jerk to her near throughout the middle of the drama. BUT…. I still liked this drama, and would watch clips of it from time to time.

Title: (知否知否应是绿肥红瘦) Know whether it is green, red, and thin | English title: The Story of Minglan | Also known as: Concubine’s Daughter: Biography of Minglan, Do You Know? It Ought To Be a Wilting Flower Amongst the Lush Leaves, Don’t You Know? The Green Should Be Plump and the Red Lean By  | Genre: Romance, period drama, political intrigue, family, slice of life, comedy | Broadcast network: Hunan TV | Episodes: 73 | Broadcast period: Dec 25, 2018 – Feb 13, 2019

ChocolateCosmos: Although I did not finish the drama, for those who like historical slice of life and family motifs, I recommend this drama.

ChocolateCosmos: Much to my surprise, I actually finished this drama lol and it’s thanks to my mom who ended up finding it on youtube. It was very melodramatic and at times, I kept on questioning the actions of the various male leads.  I like that they tone down the third male lead as I find him not that great in the novel. If you like angsty stories, this drama is for you. It’s also a very aesthetically-pleasing drama as well.

AlwaysZhenXin: Man Yao is really such a tragic heroine. Although it was a happy ending for her, she had to go through so much!!! And I also feel sooooo bad for Rong Qi. Even though I’m still mad at him for kind of being mean to Man Yao and forcing her to get married to Fu Chou, I totally sympathize with him because he had no other choice. And he was the one who made the ultimate sacrifice for her.

ChocolateCosmos: Riveting… and beautiful. I was wary of Yu Zheng’s productions, but wow this drama surprised me. I’m happy the actors and actresses got further recognition after this drama.

ChocolateCosmos: I did not finish drama as it was too depressing which isn’t surprising, considering this is a Fei Wo Si Cun’s story. I really like the clothes worn by Elvis’s and Sun Yi’s characters and find both of them fitting with the clothes during that era. However, I’m not too fond of such era and its stories. Recommend if you want angst. I did like that the couple developed and have gotten closer with moments of support for one another.

Novel Translation Link: When a Snail Loves by Ding Mo

ChocolateCosmos: Ah, this drama has its own cute-ish moments and I like the illustration of the characters as animals. At first, I was skeptical of Wang Ziwen as the main character, but she fits! The romance is slow burn and you can expect the bulk of this drama to mainly focus on investigating the different crime cases. Very interesting display of cinematography in this drama.

ChocolateCosmos: Rounding out with a modern, sweet drama as the other dramas are more solemn in this list 😅 This drama was rather nice to balance out the more “heavier” dramas as this one is fluffy and is more slice of life. Also involves gaming and if that is any reader’s interest, then I recommend this drama. This drama help rose Li Xian’s popularity immensely and Yang Zi’s popularity as well. One tiny complain is that I felt that they could have picked better clothes for Tong Nian 😛