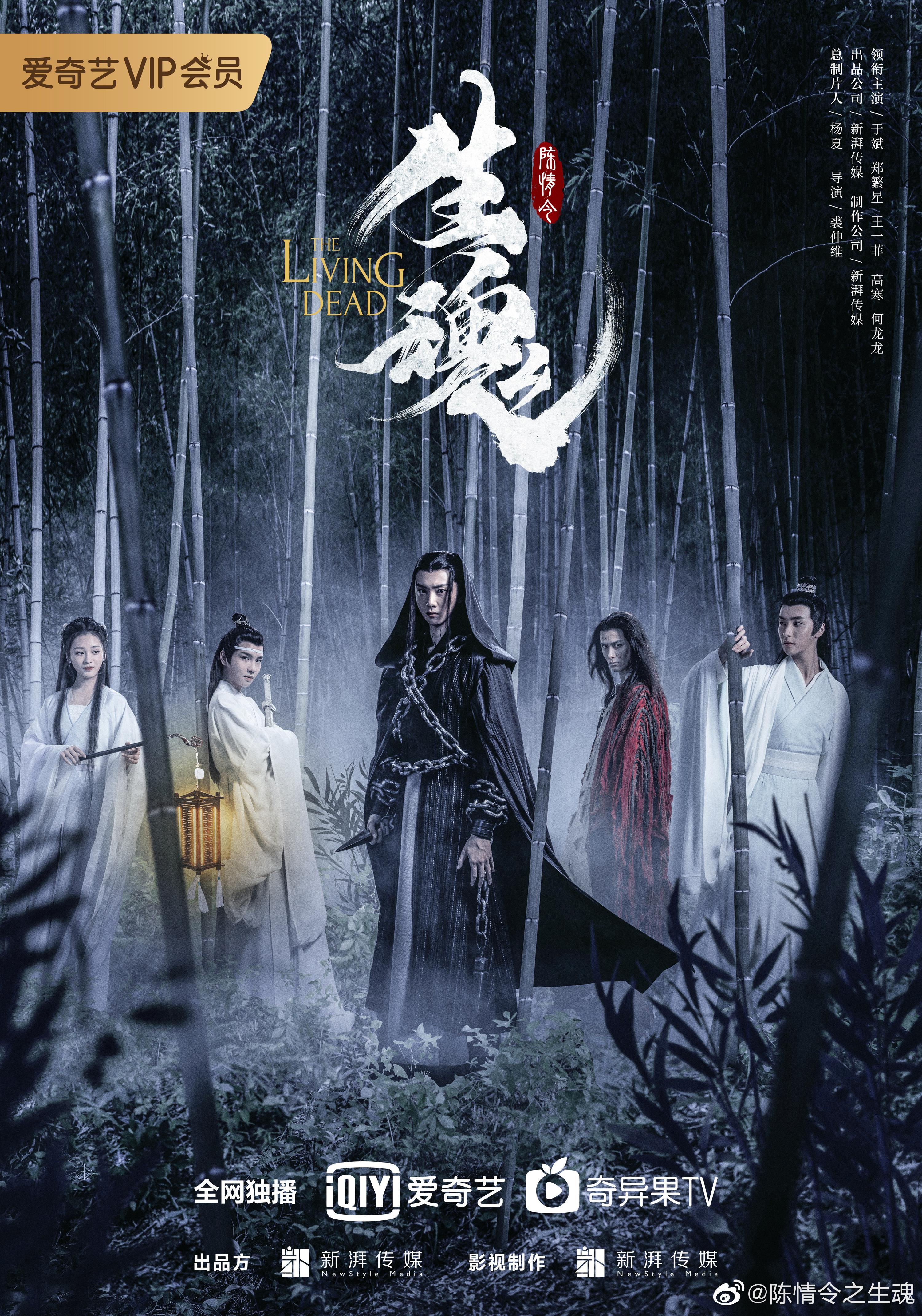 This movie is all about Wen Ning (with Lan Si Zhui tagging along)…! 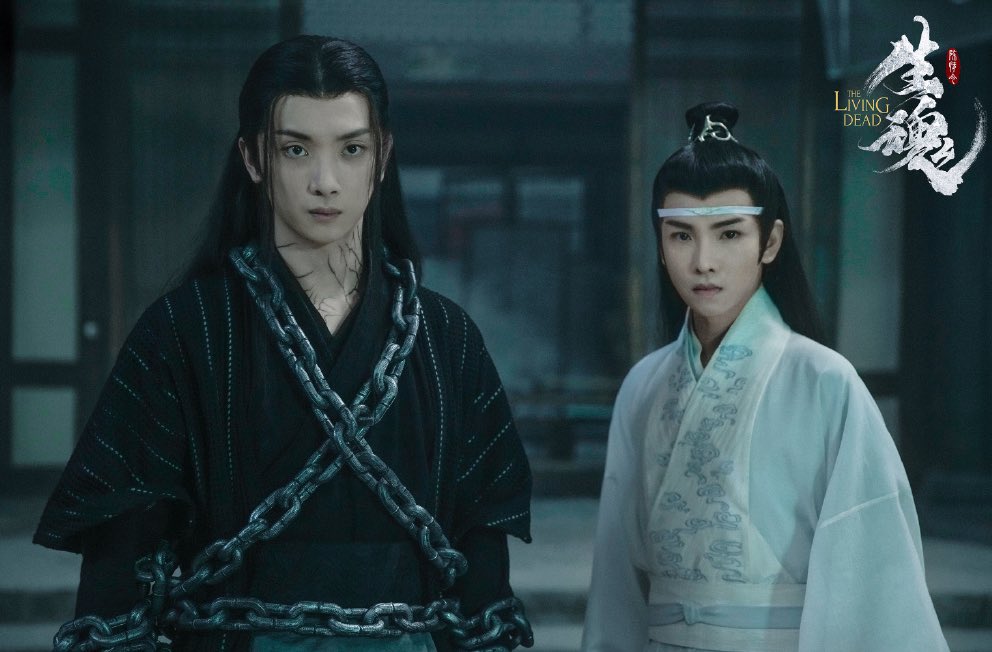 After parting with Wei Wu Xian, Wen Ning travels back to Qishan and stumbles upon the small town of Fu Feng. Once a lively town, Fu Feng is now filled with people living in terror because of the recent murders from a ghost. During a fight with the ghost, Lan Si Zhui appears and says that he’s on a night hunt to try to capture the ghost. 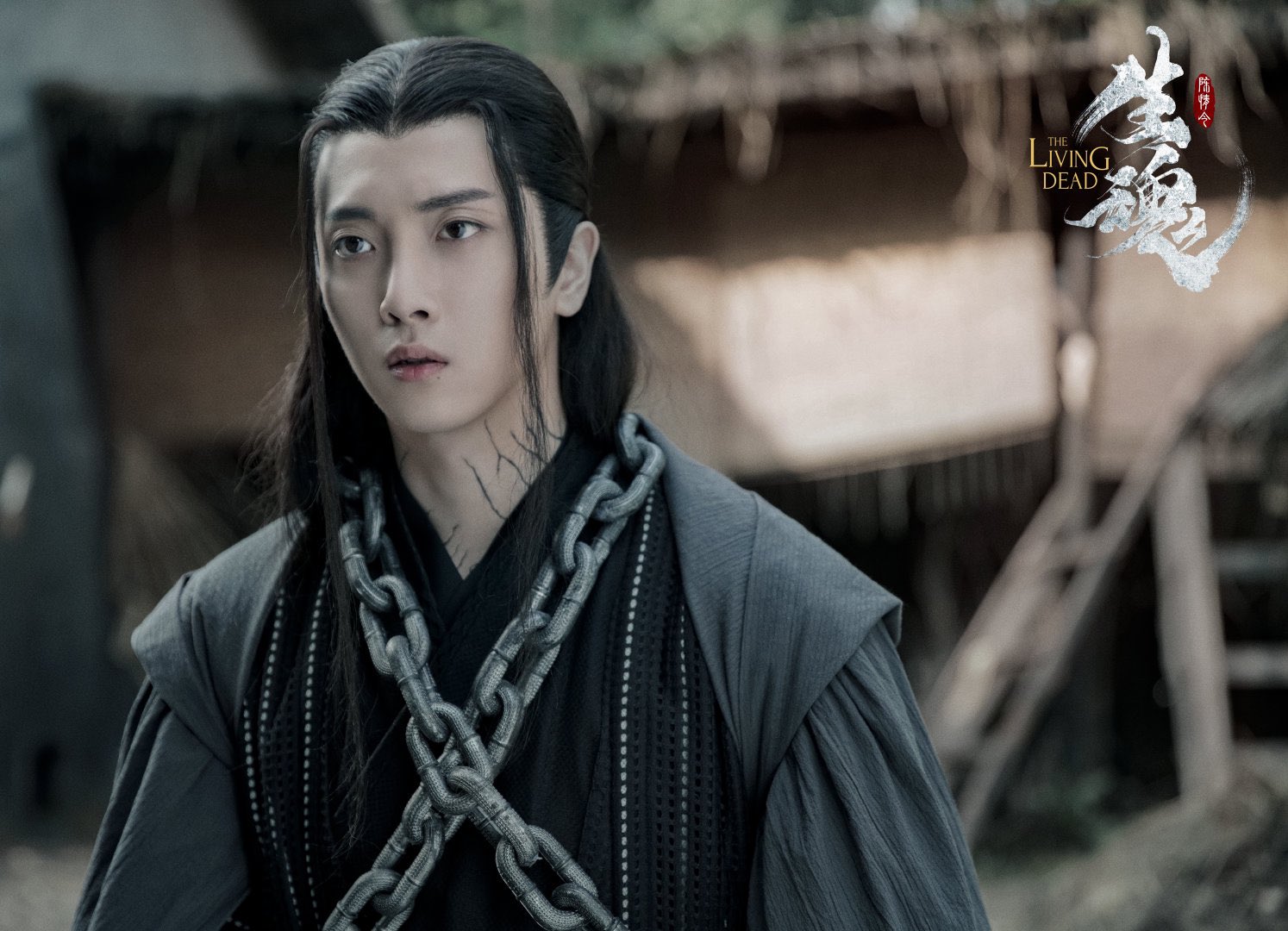 Wen Ning (温宁), Yu Bin
A fierce corpse who has full consciousness and control of his thoughts and feelings. A former member of the Qishan Wen Clan. Due to an incident from his childhood, he was always sickly and had a weak body. Wen Ning grew up to be a timid and shy boy. In meeting Wei Wu Xian, Wen Ning begins to become braver and eventually becomes stronger. He died from Jin Zi Xun, but was resurrected by Wei Wu Xian into a fierce corpse. 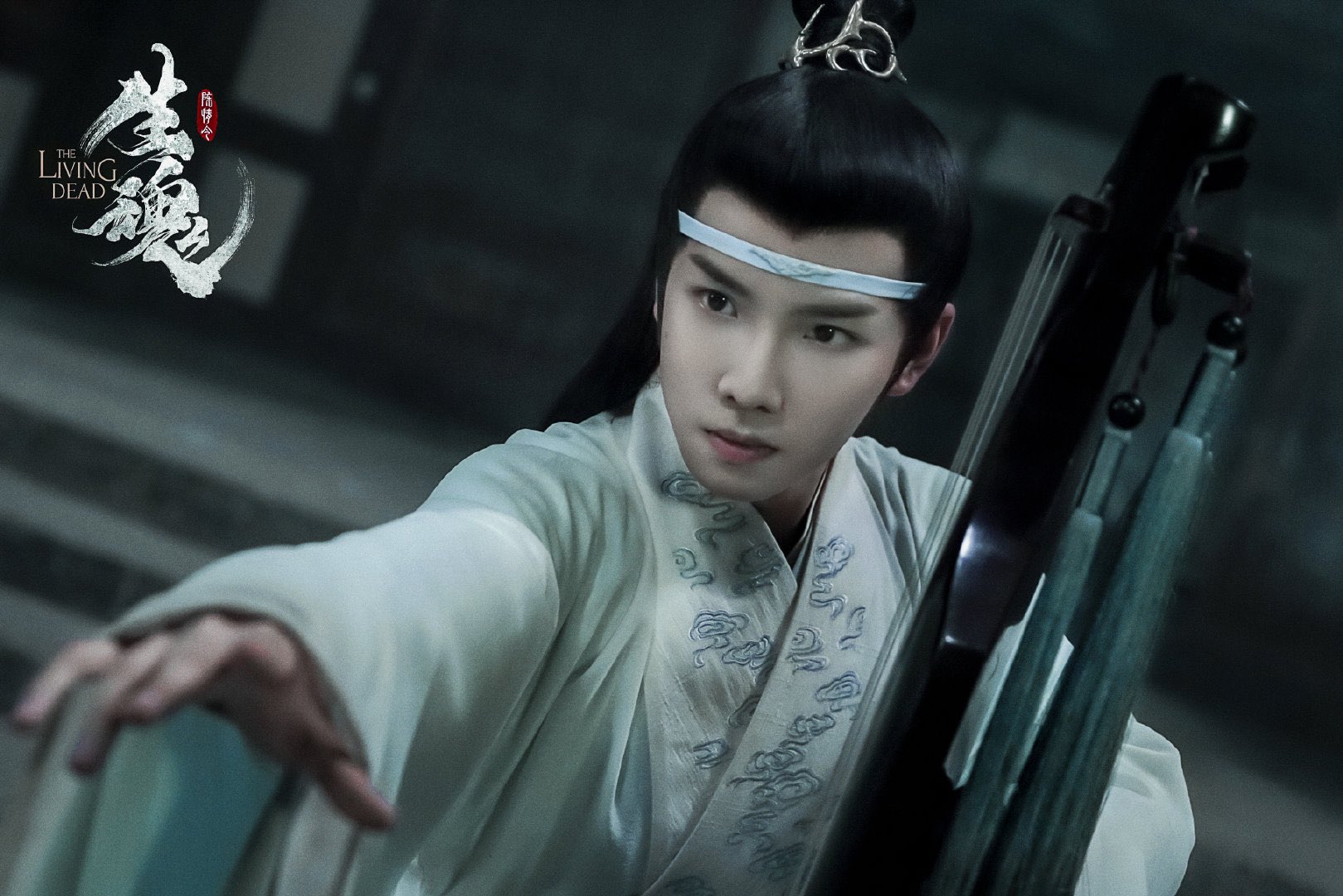 Lan Si Zhui (蓝思追), Zheng Fan Xing
A young boy from the Qishan Wen Clan that was adopted by Wei Wu Xian. His former name is Wen Yuan (Ah Yuan). After Wei Wu Xian’s death, Lan Wang Ji takes him in and brings him to the Gusu Lan Sect. Due to a high fever, he lost his memories and wasn’t able to remember Wei Wu Xian and Wen Ning. Later on, he regains his memories and once again remembers that he is Wei Wu Xian’s “son”. 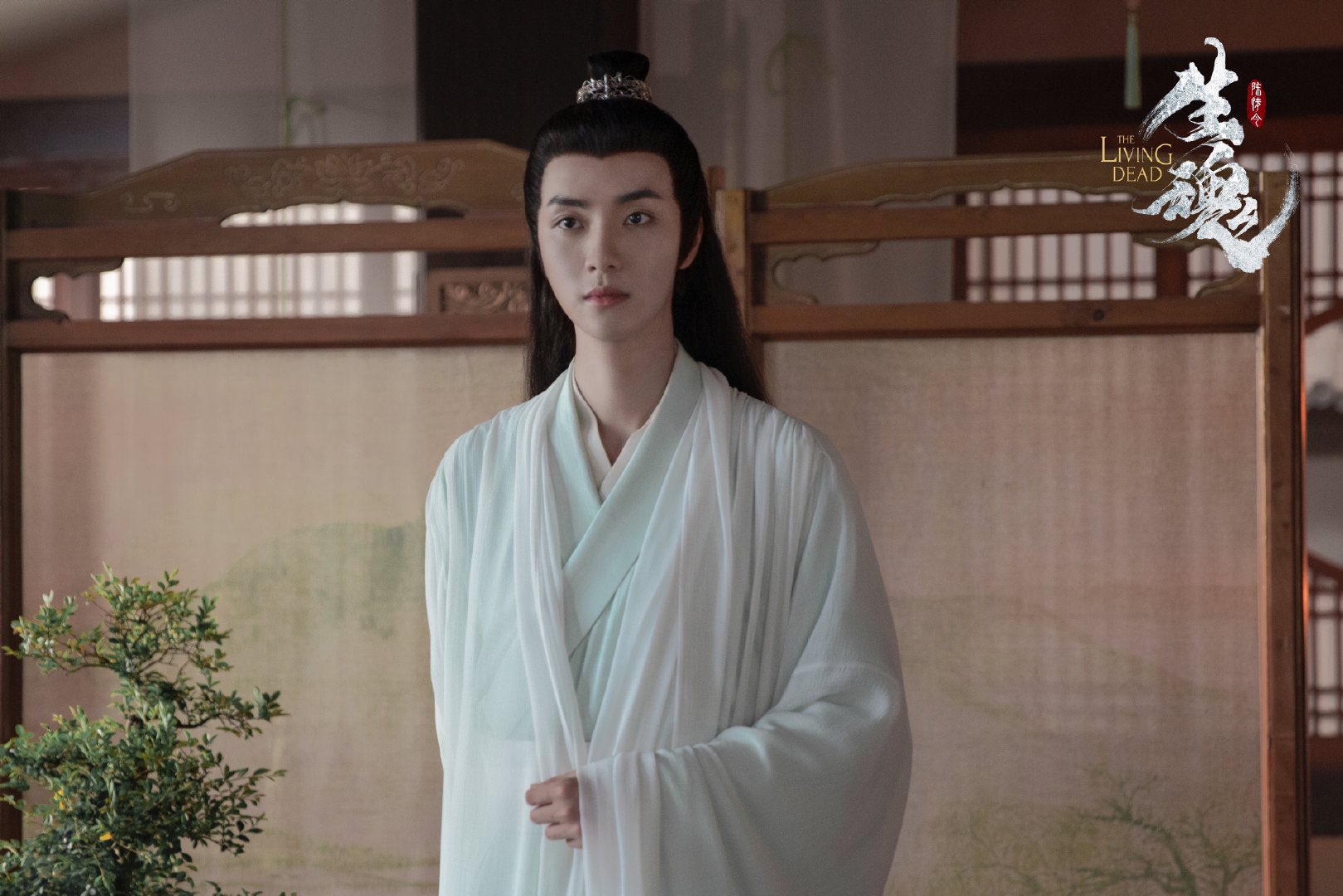 Xiao Yi (萧忆), Gao Han
2nd young master of the Xiao family. He is the only survivor of his family. He appears to be timid and weak, but there’s seems to be more to him than he lets out. 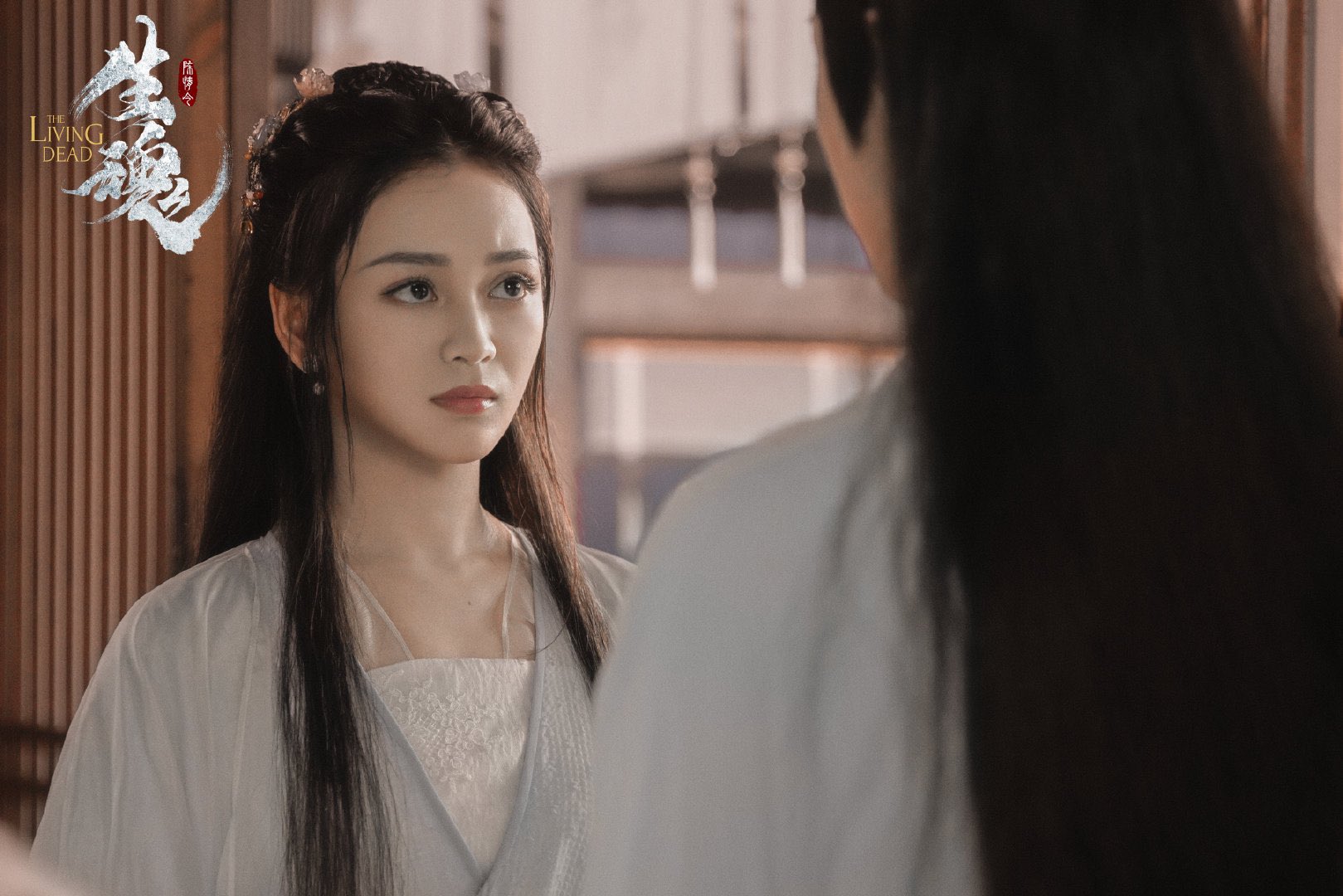 Xiao Qing (萧情), Wang Yi Fei
Eldest daughter of the Xiao family. She is beautiful and talented and loved be all. She falls in love with Zhou Zi Shu. 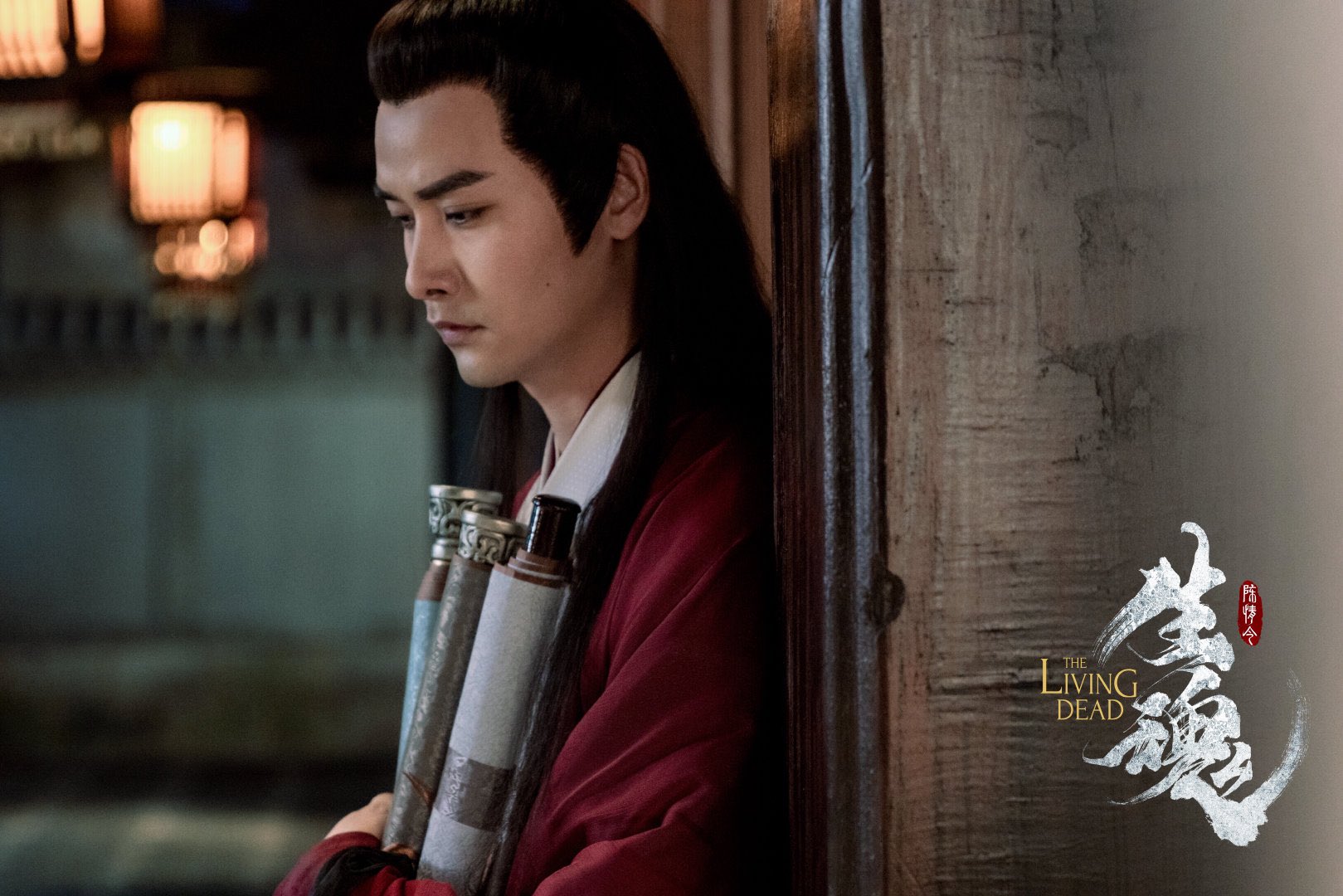 Zhou Zi Shi (周子殊), He Long Long
An orphan who is taken into the Xiao family due to his talent at making lanterns. He falls in love with Xiao Qing.

If you’re expecting the movie to be similar to the drama, you’re going to be quite disappointed. While the movie is a spin-off of the drama and retains the original characters of Wen Ning and Lan Si Zhui, it’s actually quite different. And the most prominent difference, and the first thing that you’ll notice, is Wen Ning’s character. 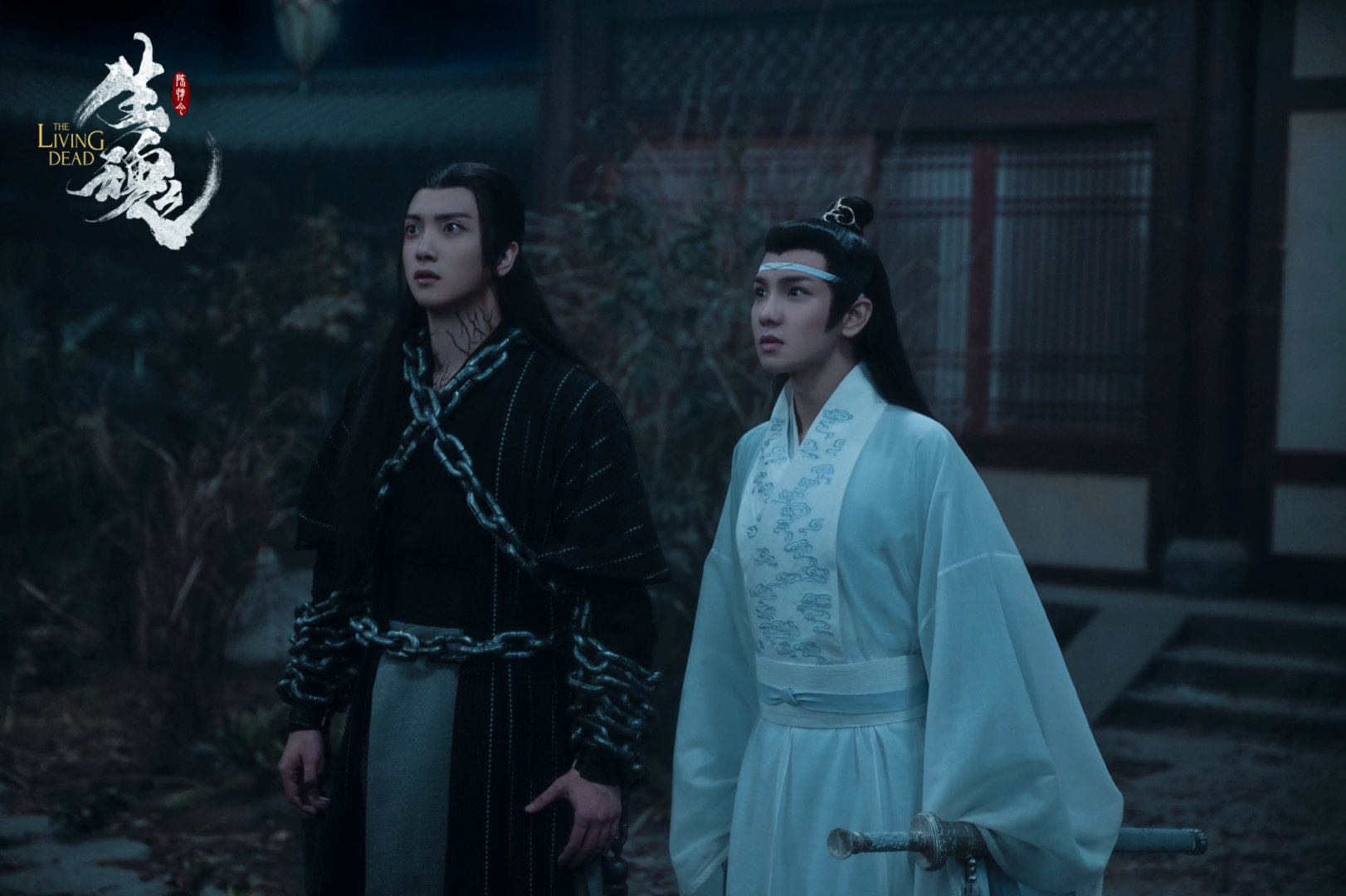 If you watched the drama, you know that Wen Ning is a quiet and shy boy. Even when he becomes a fierce corpse, he still retains him timid nature. And while throughout the drama there were small instances of Wen Ning acting brave and doing things that he believed was it, it wasn’t until the very last episode where Wen Ning really has some character growth (when he decides to separate from Wei Wu Xian and go on his own). And, I’m not sure how much of a time skip the movie is from the drama (it doesn’t seem to be taking place too long since the end of the drama), but Wen Ning’s character makes a major 180 degree change. It also doesn’t help that the person who does his voice over is also different and speaks in a much more mature voice. In the movie, Wen Ning is not only mature and able to think for himself and take action, but he’s decisive, intelligent, and very capable. The change in his character really does help to make the story move forward, as it needed him to be the way he was for it to turn out the way it did.

Anyway, continuing off onto the story… Wen Ning and Lan Si Zhui working together came to be quite a comedic duo. Wen Ning isn’t talkative, but he’s kind and caring. Lan Si Zhui isn’t mischievous like Wei Wu Xian, but he’s very naïve and super innocent. One of my favorite parts between the two is when Lan Si Zhui addresses Wen Ning as “Uncle Ning”, to which Wen Ning automatically corrects him and tells him to call him Qianbei (equivalent to Senior). Of course, Lan Si Zhui slips a few times and calls Wen Ning “Uncle Ning”, but Wen Ning never fails to correct him, and I find that so hilarious. The pairing of the two is quite unique, and I wish there were more moments between Wen Ning and Lan Si Zhui in the drama. I would’ve loved to see more interactions between them! 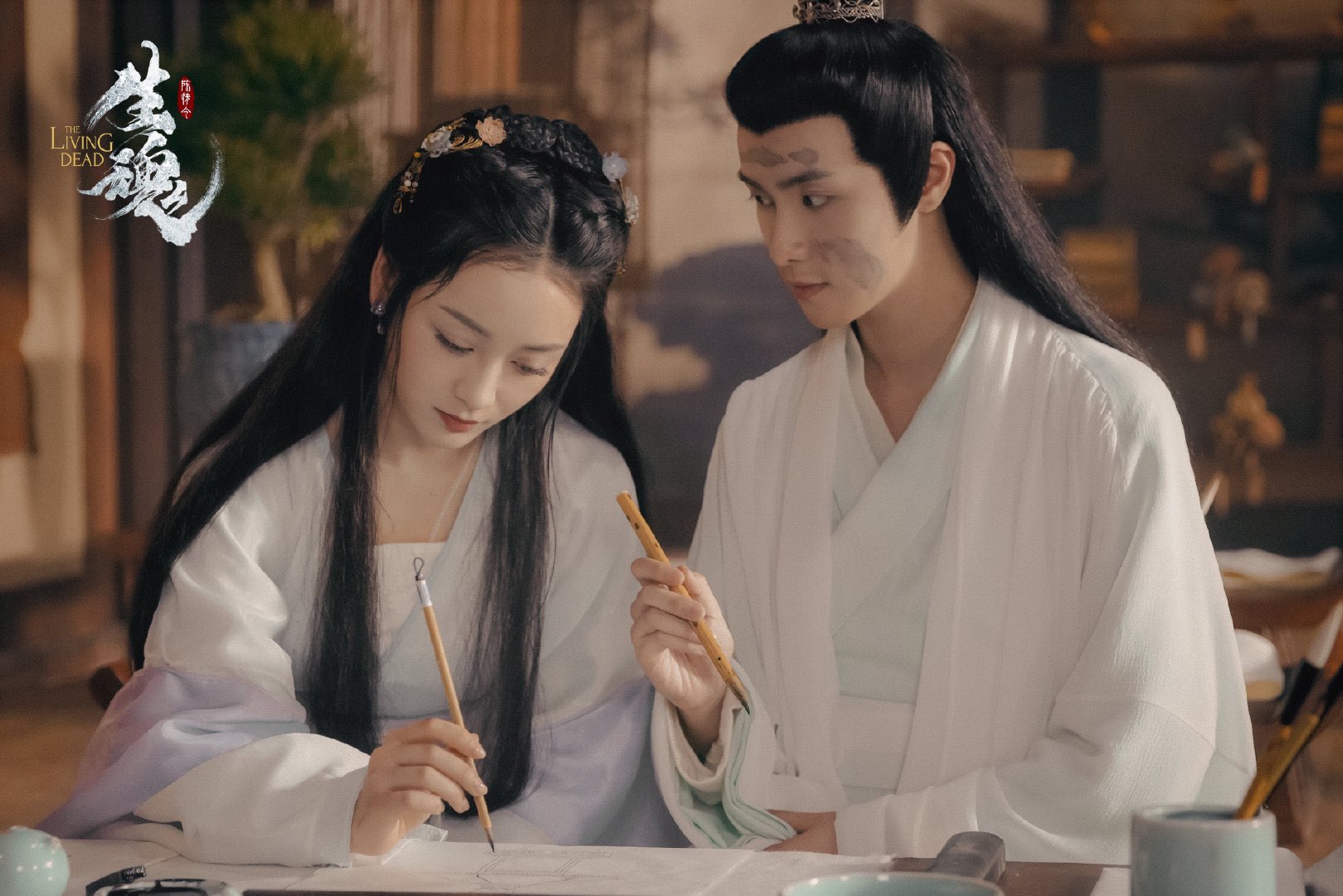 As for the movie itself, I found it to be quite unoriginal. Of course, there’s a lot of suspense and mystery surrounding the case itself, and it wasn’t bad. Just not as amusing because it wasn’t anything new. It’s really just a typical murder story where the culprit is the person who was the most obvious, but hardest to find. But I guess you can say that the only original part of the story was that it involved the Yin Iron (although it really only had a minor role!). Anyway, it was nice to see Wen Ning and Lan Si Zhui got to take the stage for once and solve mysterious without the help from Wei Wu Xian and Lan Wang Ji. But, despite the lack of originality of the story, its CGI, graphics, and actions scenes were very good. You can easily tell that they put a lot of time and effort into creating great action scenes and they didn’t cheap out any of the CGI stuff. Compared to the drama, the graphics and CGI in the movie is much better and more improved.

Overall, I liked the movie. It was good to see Wen Ning and Lan Si Zhui shine, and it really felt like going down memory lane. In the future, I do hope that they make more spin-offs with other characters getting their chances to shine. I’d like to see if Jiang Cheng and Wei Wu Xian truly reconcile, and what happens to Lan Xi Chen. Anyway, if you’re on edge on whether to watch the movie or not, definitely watch it. You’ll be entertained and it definitely something you shouldn’t pass out on. Plus, there’s a surprise at the end that really gets you all emotional because you get to see and hear a familiar person!!! ^_^ 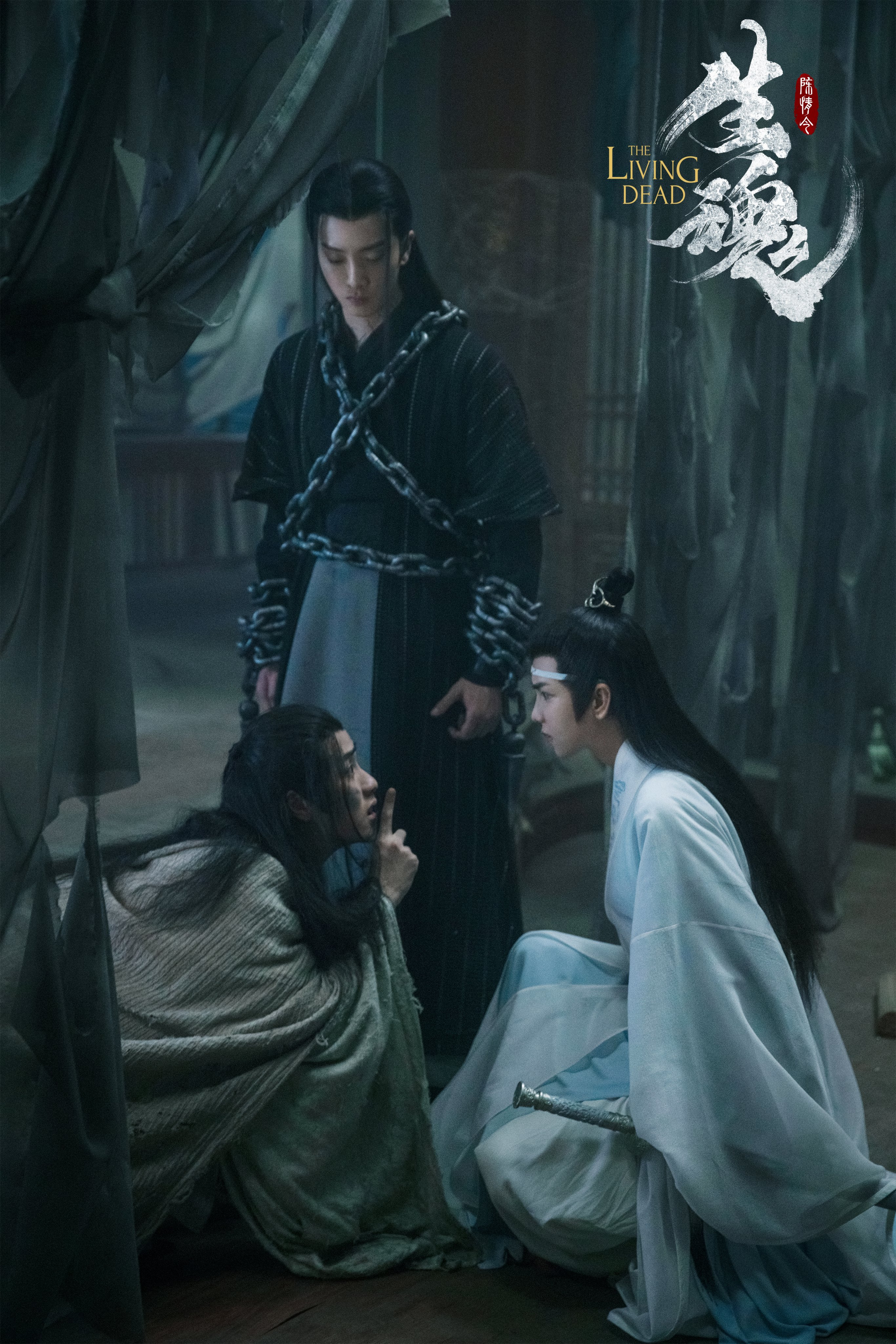 3 thoughts on “[Review] The Untamed: The Living Dead (陈情令之生魂)”