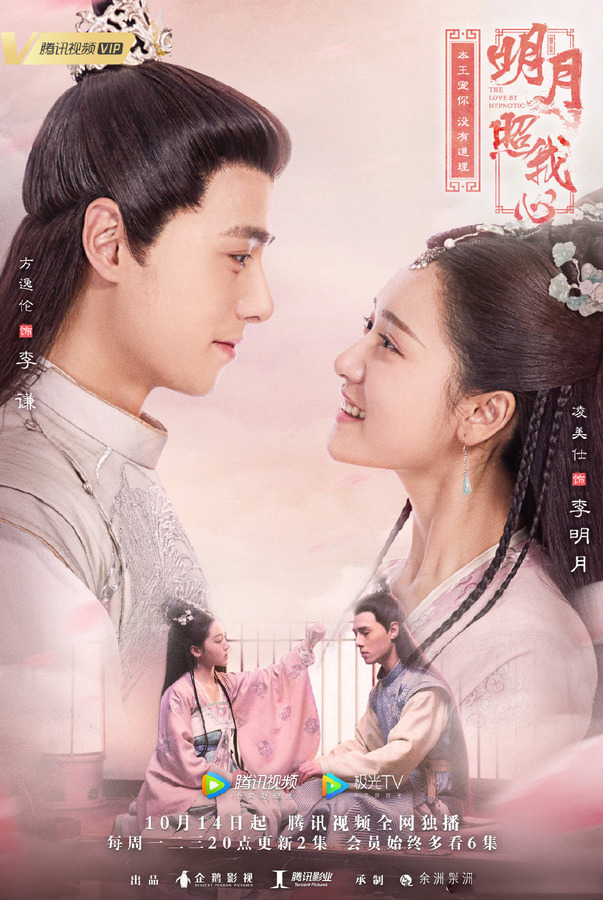 Title: The Love by Hypnotic (明月照我心)
# of Episodes: 36
Release Date: October 14th, 2019
Where to Watch: YouTube (no English subs yet, but should come soon!)

To be honest, no particular reason. Just needed a drama to watch.

To form a political alliance, Li Ming Yue, a princess from Western Yue, is forced to marry Prince Zi, Li Qian. Upon entering a new land, Li Ming Yue gets her maid, Tang Li, to impersonate her as she indulges in the food and culture on the streets.

However, an assassination attempt occurs and Tang Li and Li Ming Yue’s 2nd brother get caught in it. Surprisingly, a masked stranger, Li Qian, chances upon the attempt and ends up saving them. In hearing that her brother and friend are in trouble, Li Ming Yue runs to help and mistakenly believes the masked stranger to be the assassin. She chases him to a dead end, but ends up losing him. Eventually, she returns to her brother and reluctantly resumes her identity as the princess from Western Yue and enters the palace.

Li Qian also enters the palace to greet his brother, Li Xun, and father. He knows the recent attack on Li Ming Yue was planned by Li Xun. Soon after, Li Qian makes his way into the garden where he stumbles upon Li Ming Yue casually changing clothes behind a hidden screen. She catches him watching her and the two get into a quarrel. While Li Ming Yue eventually leaves when Tang Li comes to get her, but Li Qian gets stuck to the ground from her trick. 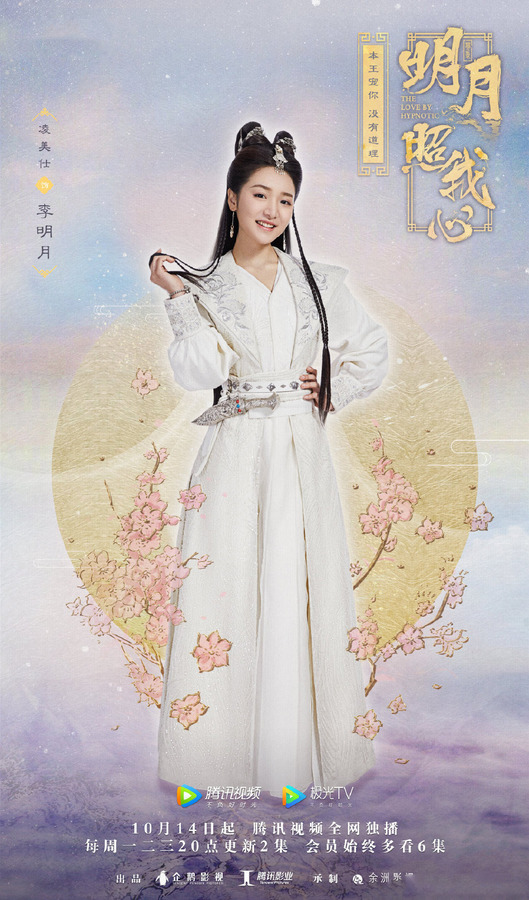 Li Ming Yue (李明月), Ling Mei Shi
A princess from Western Yue. She marries Li Qian for a political alliance. She is initially reluctant to marry Li Qian, but quickly warms up to him and ends up falling for him. She has a playful personality and is always finding herself in troublesome situations, but she is witty and well-loved by all those around, including all the servants from Li Qian’s mansion and his close friends. She owns a charm bracelet that has mysterious hypnotic power and uses it to help Li Qian recover his forgotten memories. 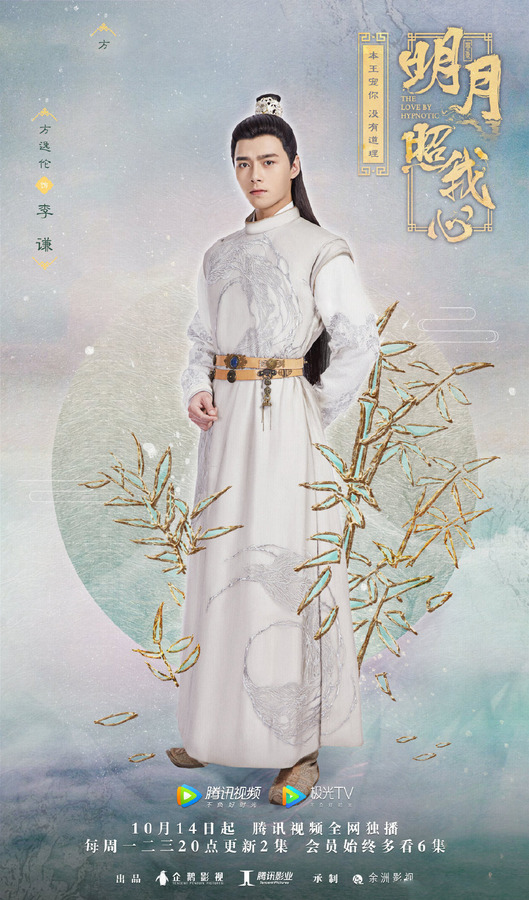 Li Qian (李谦), Alen Fang Yi Lun
Prince Zi or 9th Prince. He is a fierce warrior and equally rivals his older brother, Li Xun, in the court. He initially dislikes Li Ming Yue and doesn’t want anything to do with her, but, as he comes to know more about her, he starts to quickly fall for her. However, his pride and ego get in the way of him expressing his feelings for her. 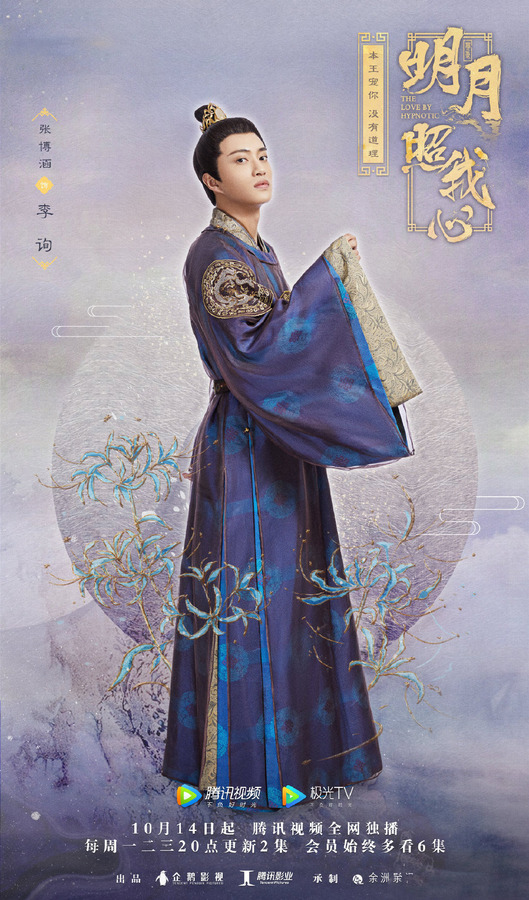 Li Xun (李询), Lawrence Zhang Bo Han
Li Qian’s older brother. He is power-hungry and always trying to up Li Qian in everything. He has big ambitions and wants to be the emperor. He is also in love with Qiao Hui Xin. 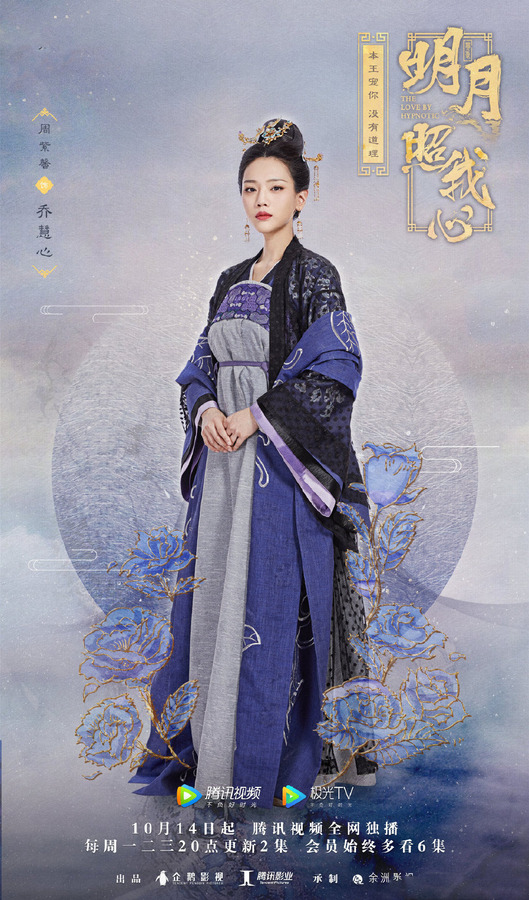 Qiao Hui Xin (乔慧心), Zhou Zi Xin
Li Qian’s childhood playmate who is Li Ming Yue’s rival in love. She refuses to marry Li Xun, despite her father’s insistence, because she is in love with Li Qian. Her love for him makes her hate Li Ming Yue and she always tries to find excuses to get close to Li Qian. 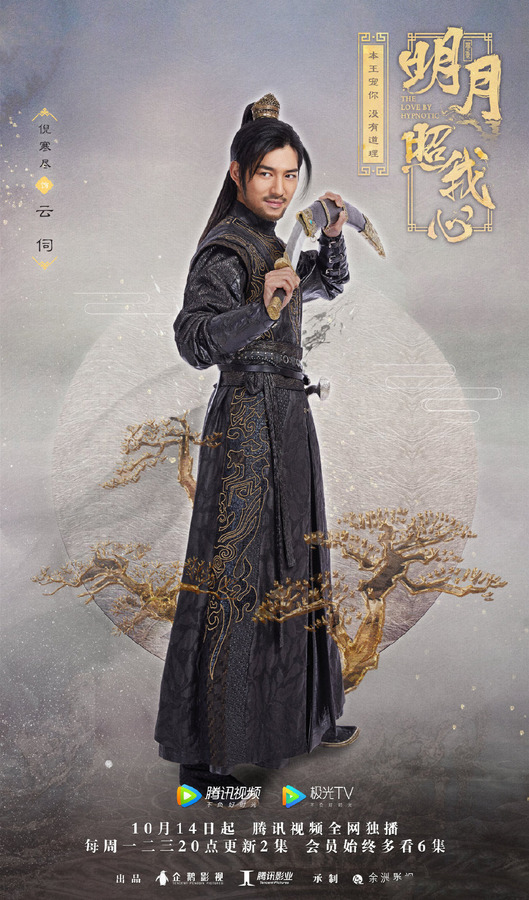 Yun Ce (云伺), Ni Han Jin
A general from Western Yue. Li Ming Yue’s childhood friend who is in love with her. He is against her marriage to Li Qian and comes to get her to return to Western Yue with him. 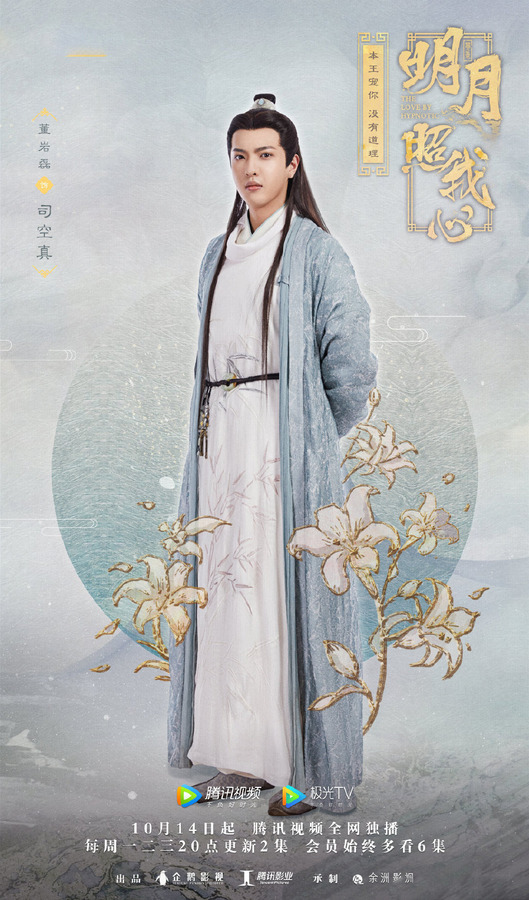 Si Kong Zhen (司空真), Dong Yan Lei
One of Li Qian’s best friends. He is calm and observant and someone who Li Qian always confides in. He becomes fast friends with Li Ming Yue, much to the displeasure of Li Qian. 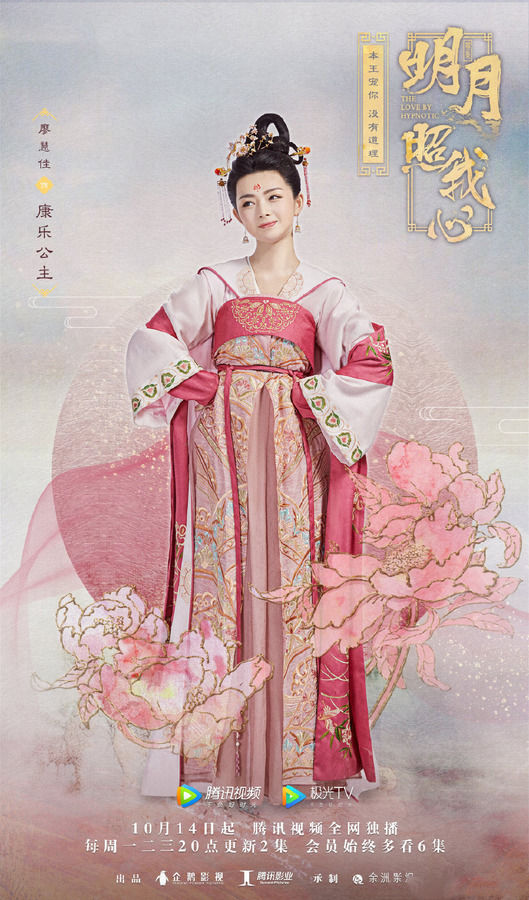 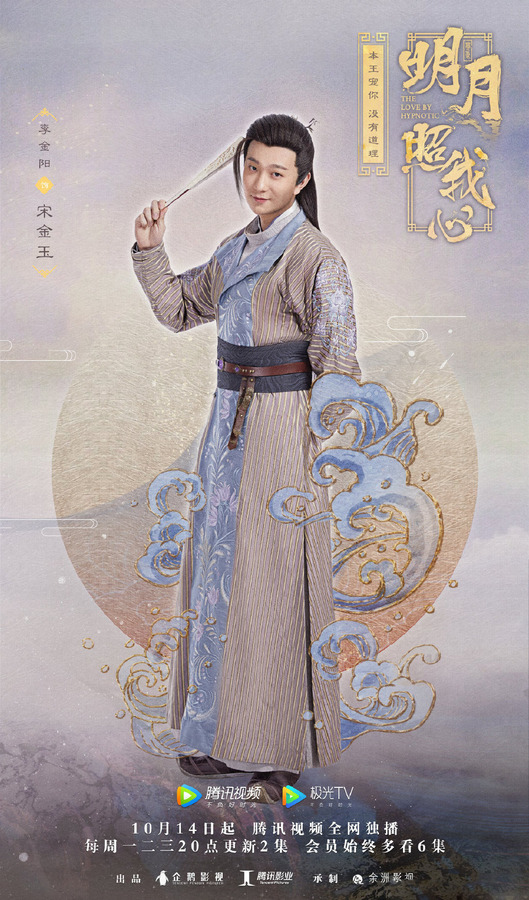 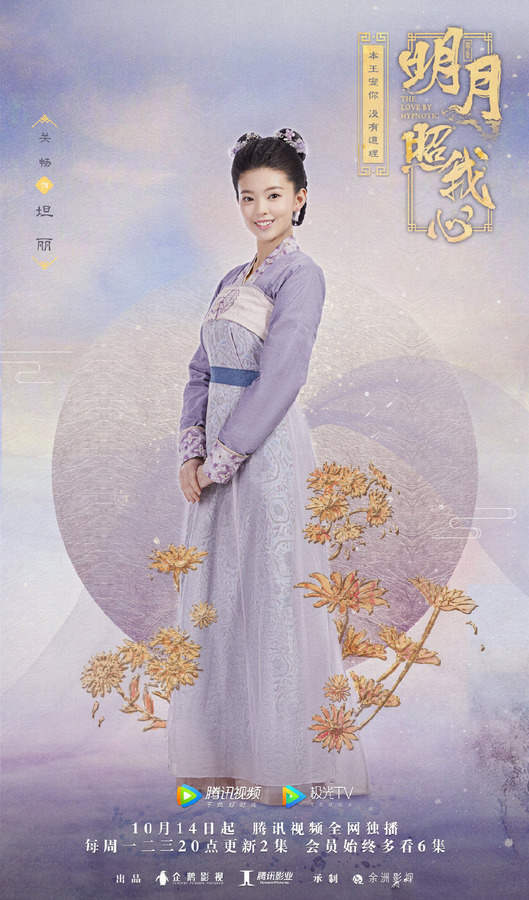 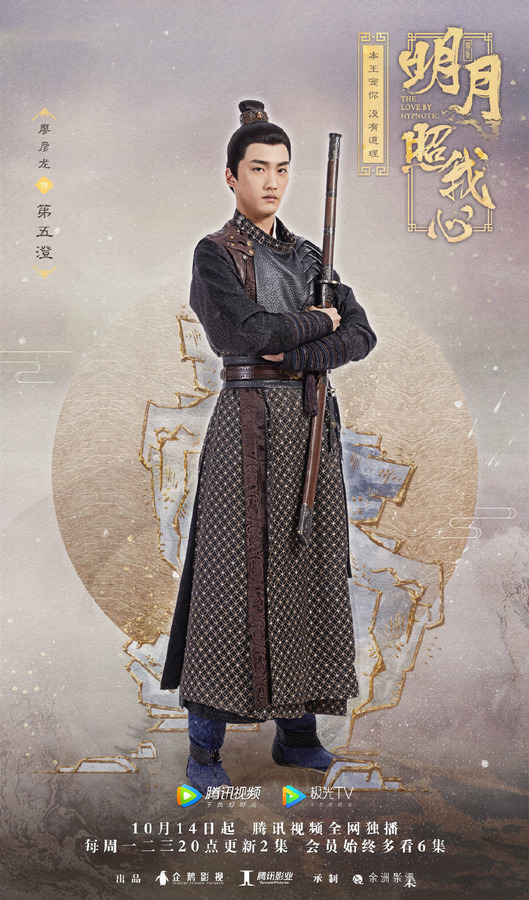 Di Wu Cheng (第五澄), Liao Yan Long
Li Qian’s personal guard. He has a crush on Tan Li. Because he is always around Li Qian, he understands his personality and knows that Li Qian is truly in love with Li Ming Yue. 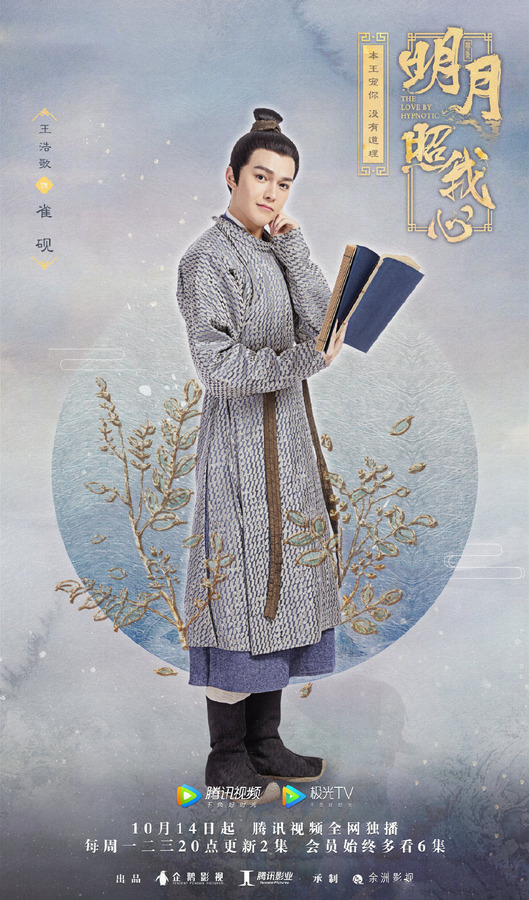 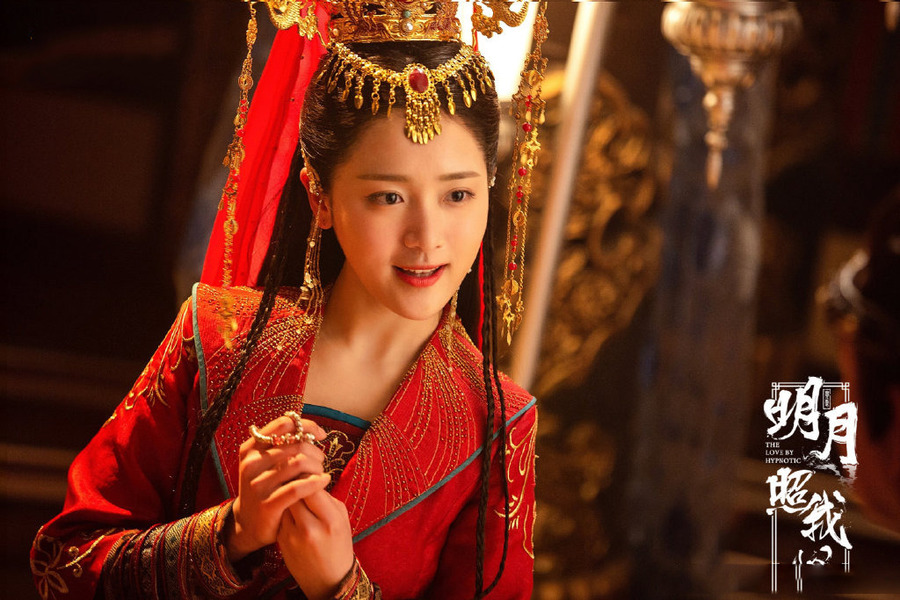 The premise of this drama is very similar to Goodbye My Princess. You have a free-spirited princess from a foreign land forced to marry a prince of high status for a political alliance. And, while it would benefit both kingdoms, both of them strongly oppose it. Like Xiao Feng, Li Ming Yue is unrestrained and loves freedom. Although she may be a bit more toned down than Xiao Feng, Li Ming Yue is full of wit and doesn’t let people push her around. Then you have the male lead, Li Qian, who is somewhat different from the obsessive and controlling Li Cheng Yin. Li Qian is grounded, quick-thinking, and highly intelligent. The only thing that he has in common with Li Cheng Yin is probably how he treats Li Ming Yue (which I will talk about later). 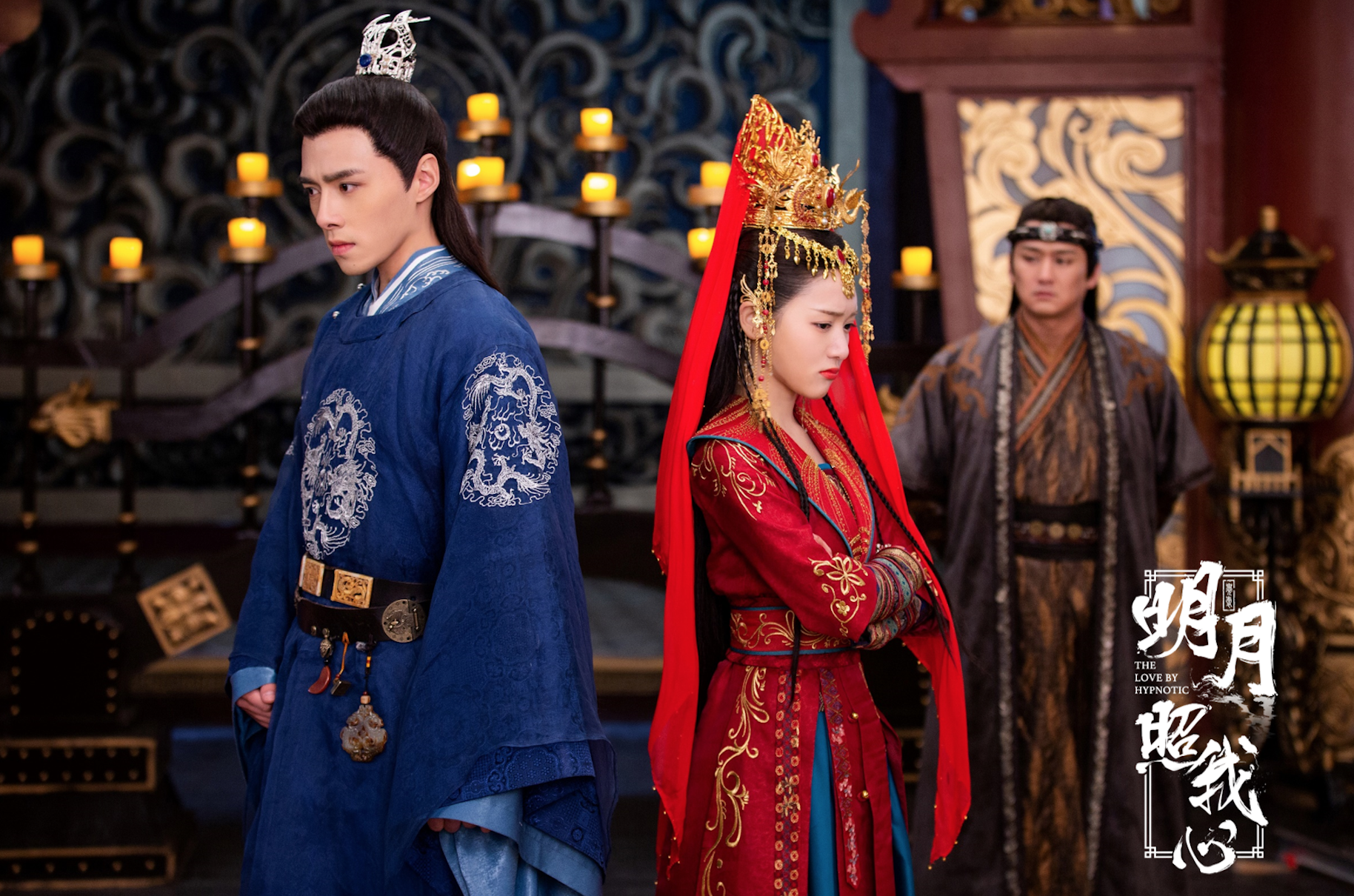 The beginning of the story starts with Li Ming Yue and Li Qian meeting and getting married. They have no time to get to know each other or even try to resist the marriage because it all happens pretty quickly. But while everything happens fast, life after marriage for the two is where it gets fun. Li Ming Yue’s playful personality clashes with Li Qian’s quiet and calm nature and the two often fight and get on each other’s nerves. It’s actually quite enjoyable watching them fight. The drama did quite well in its comedy. I found myself laughing a lot as I watched the episodes, and it’s what made me fall in love with this drama. For example, one of my favorite parts of the dramas is Li Qian’s sleepwalking. While something minor, it’s what gets him into a lot of trouble with Li Ming Yue because he often finds himself slipping into her room to sleep next to her. It’s so fun to watch Li Ming Yue’s reaction the next morning and see Li Qian try to cover up for himself (as he also doesn’t know how or why he ends up in her room). But sleeping next to Li Ming Yue isn’t the only thing he does while he’s sleepwalking. He also does chores, drinks and eat normally, and shows some emotion. It’s like sleepwalking is his way of expressing the repressed feelings he keeps hidden away (like his feelings for Li Ming Yue!). But Li Qian’s sleepwalking isn’t the only funny part in the drama. There’s so many more hilarious instances that happen between the two!

One interesting thing about this drama, other than its humorous romance, is it’s somewhat focus on Li Ming Yue’s hypnotizing charm bracelet (hence the title). I’m not sure what it really is, but she definitely uses it when she wants to force something out of Li Qian and, in the process, she gets to know his weaknesses and his hidden memories. Of course, Li Qian gets angry at her for digging into his past, but he also starts becoming curious about it. He eventually partners up with her to help him uncover more of his past memories. I find this part to be interesting, but, to be honest, there’s not much focus on it as much as I thought it’d be. I mean, the title of the drama itself (in English) emphasizes “hypnotic”, so you’d assume that this part would play a major role in the story. But it doesn’t. It’s pretty much just another added detail to the story. It comes and then slowly fades away. But I do hope that it doesn’t come back and portrays a larger role later on. It’d be cool to see Li Ming Yue being able to do more than just cause trouble and mischief. 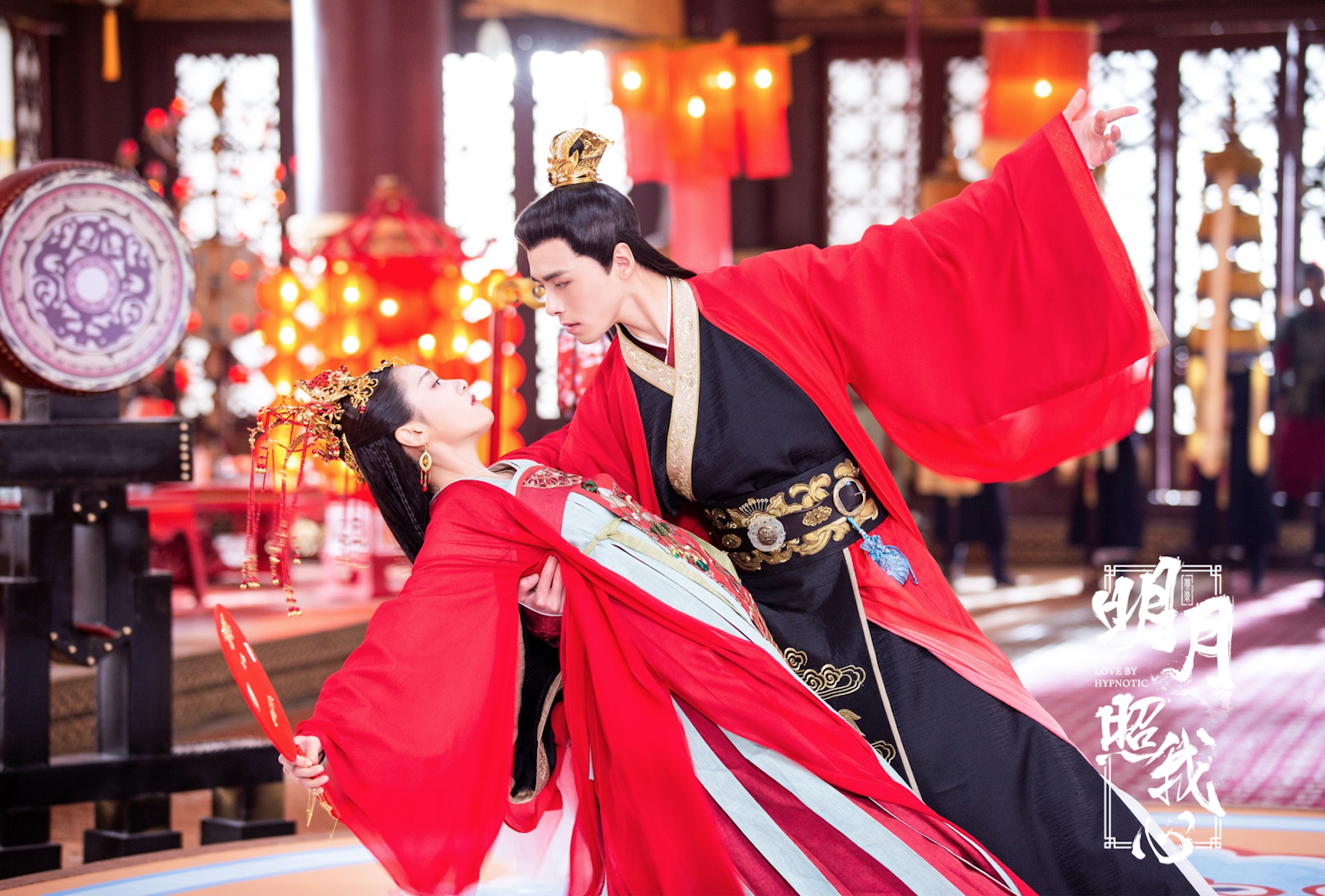 Before I go any further, I just have to say something about Li Qian, because he’s very different from typical male leads. Yes, he’s supposed to be the “cold” and “aloof” male lead who has no emotions. But, the more you watch him, the more you start to realize that Li Qian really is just like a normal guy. He’s prideful, finds it hard to express himself, and has normal relationships with his peers. He definitely struggles with expressing his feelings (especially towards Li Ming Yue), but the fact that he confides in his friends and can ask for advice from them shows that he’s not that coldhearted. But, while it’s nice to know that Li Qian isn’t made of stone, it doesn’t excuse his poor treatment of Li Ming Yue. In my personal opinion, he’s actually quite mean to her. And this is where I think he’s similar to Li Cheng Yin (who treated Xiao Feng horribly). But, unlike Li Cheng Yin who had his “reasons” to be mean to Xiao Feng, there really is no basis for Li Qian treating Li Ming Yue badly. The only reasons I could think of is his bitterness over their forced marriage and his reluctancy to accept that he’s fallen in love with her. But, even then, I still don’t agree with how he’s treating her.

Overall, I really am enjoying this drama. It’s full of laughter and fun. It’s so much more to my liking than The Eternal Love and it’s everything that Goodbye My Princess could’ve been without all the angst and tragedies. I love Li Ming Yue’s character. She doesn’t have Xiao Feng’s love of adventure or strong sense of justice, but she’s got some spunk and she’s hilarious. She’s by far my favorite character in the drama. Anyway, I hope the drama doesn’t start to go downhill later on. The drama is full of humor and cuteness, but there’s still the rivalry between the two princes that are to come. And I assume that Qiao Hui Xin also becomes an accomplice to Li Xun’s plans to fight against Li Qian. While I hope Li Qian to be victorious, I also hope that it doesn’t steer away from how good the drama. 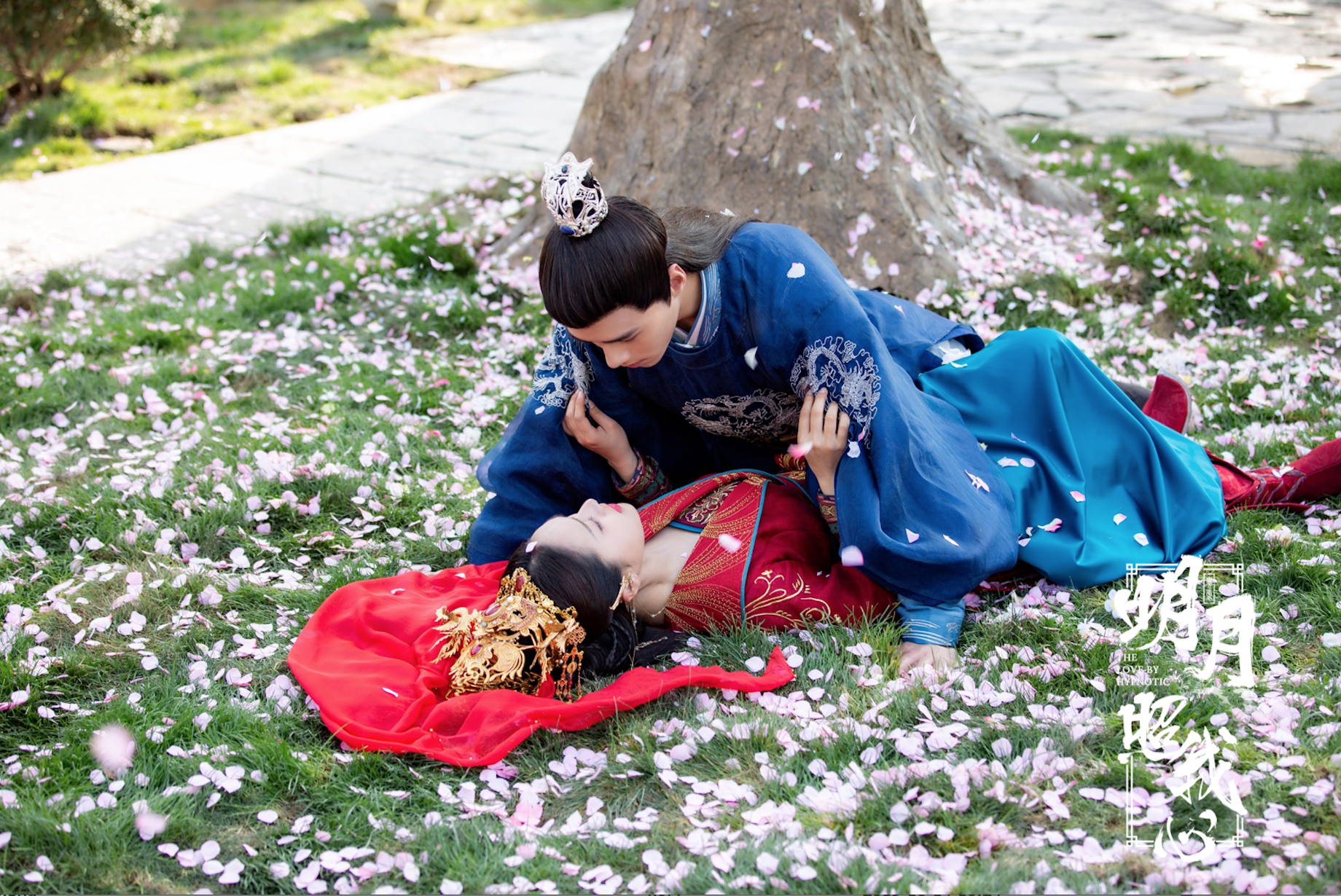 5 thoughts on “[First Impression] The Love By Hypnotic (明月照我心)”