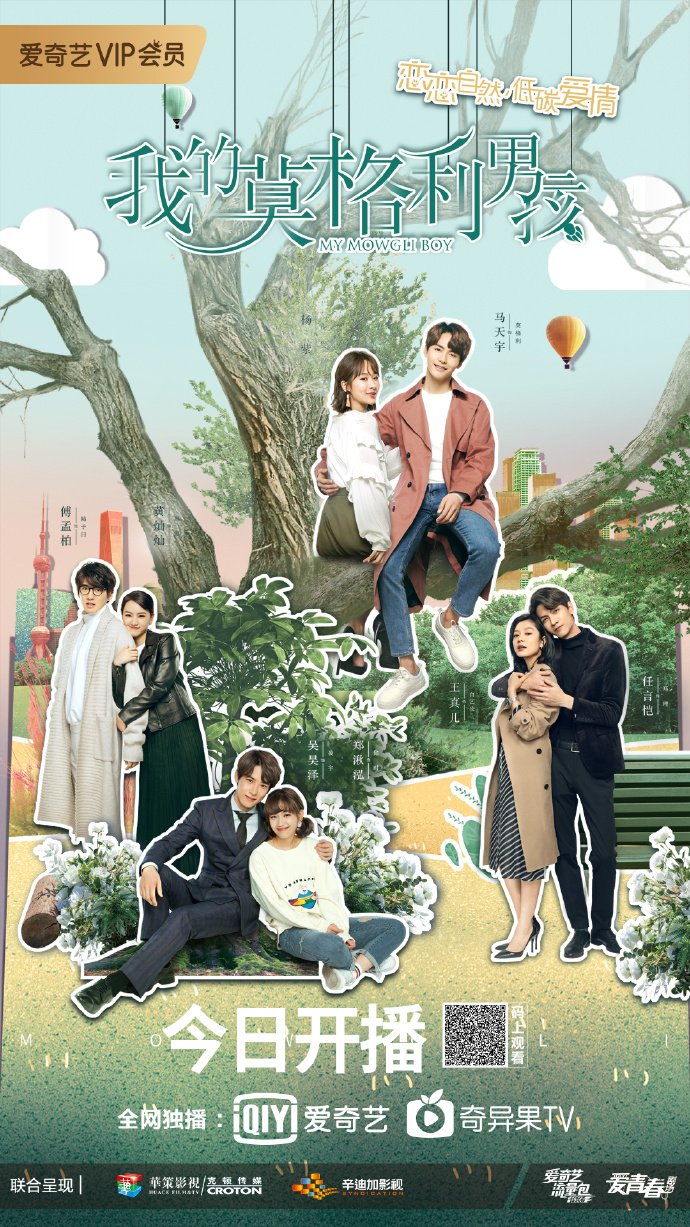 This is definitely not the cute and fluffy drama that Go Go Squid was. But this drama definitely has its perks! Yang Zi’s doing great as the domineering CEO. 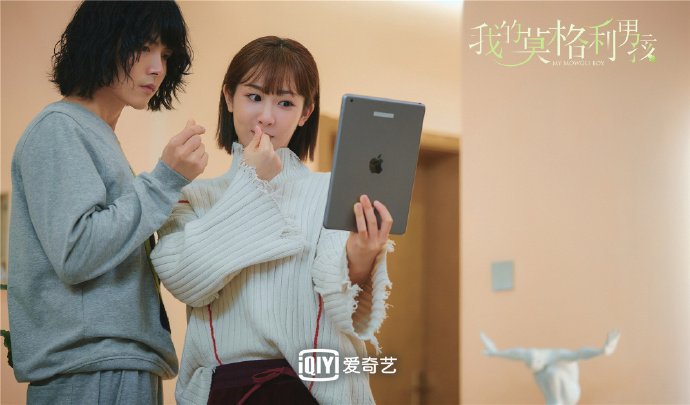 I totally forgot that they filmed a drama together until news that this drama was airing, and I figured I’d check it out since I like the two of them. I am a bit skeptical to see how their chemistry will be, but Yang Zi’s got a good streaking for hitting it off with her male co-stars, so I’m not too worried. It also helps that Ma Tian Yu has a baby face so, despite his age, he matches well with her.

Ling Xi is out in the woods with her assistants for a shooting to promote a new clothing line for her business. However, instead of focusing on the photo shoot, she starts to stream a video with her fans. And while she is streaming her video, a sudden sound is heard and she decides to go searching for the “small animal”, despite her assistants trying to stop her.

As Ling Xi is searching for the small animal in her car, she notices that her video that she had been streaming stops freezes as she loses connection from being too far into the forest. And to make matters worse, she feels a bump in her car and she quickly gets out to check to see if she hit anything, but nothing is there. She starts to get scared and decides to leave before anything bad happens.

The night Ling Xi is invited for dinner at her father’s house for his birthday. Although she dreads returning home to see her father and stepmother, she decides to go and even brings a present for him. However, the moment she arrives, she hears her father badmouthing her to her stepmother, who is defending Ling Xi. Her younger stepbrother also arrives with his two-faced girlfriend who ends up charming his parents.

However, when Ling Xi’s father opens a gift from the girlfriend, which is a frame for his recent wedding photos with his wife, Ling Xi flips and a fight ensues between her and her father. She blames her father for being heartless for never giving her mother a wedding or even taking pictures her and marrying his new wife just one year after she died. She then goes onto accuse her father of having an affair, to which he slaps her. Ling Xi storms out shortly after.

As Ling Xi calls Tang Cheng from outside the house to vent, she hears a noise in the backseat of her car and notices that there is a strange man lying there. She freaks out and tells her friend about her discovery. However, she starts to ponder how the man got into her car and realizes it must’ve been when she was in the forest looking for the “small animal” and the bump that she heard earlier must’ve been from him jumping into her car…. 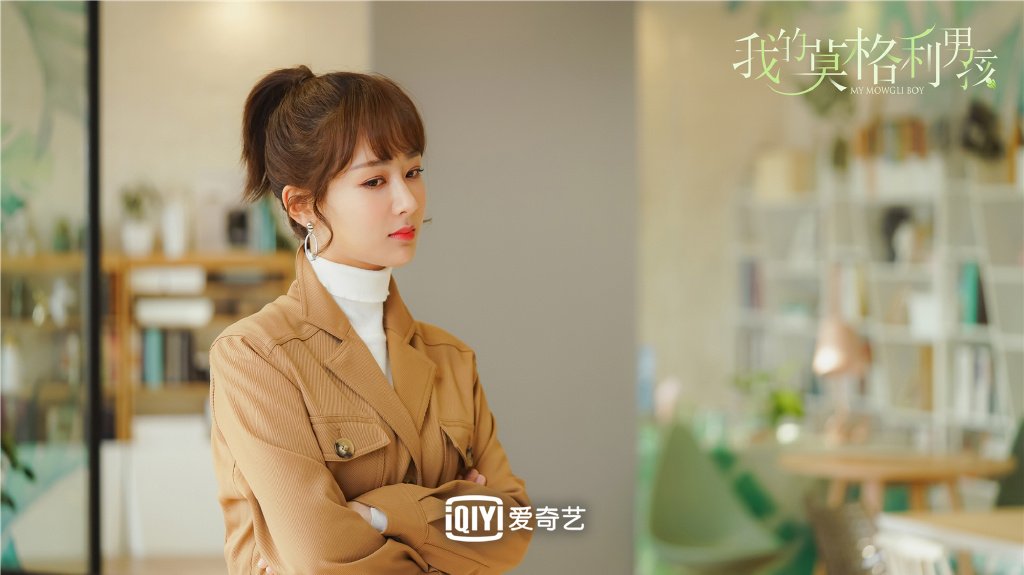 Ling Xi (凌熙), Yang Zi
She is a social media celebrity who is a designer. She uses her live streams to market her clothing and has a huge fan base. She comes from a wealthy family but has an estranged with her father due to their family circumstances. Because of her personality, she is often seen to be domineering, bossy, and selfish. 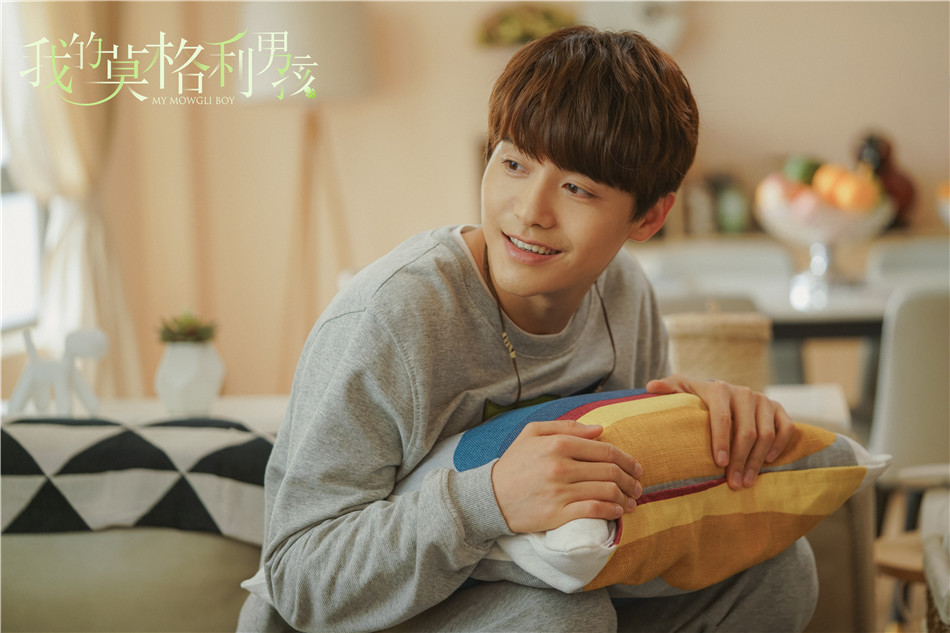 Mo Ge Li (莫格利), Ma Tian Yu
A young man who grew up in the forest. He escapes into Ling Xi’s car when she is driving in the forest to heal his injuries. When he is brought into the city, he relies on her to help him live, despite Ling Xi trying to get rid of him several times. He is fiercely protective of Ling Xi and sees her as his guardian. 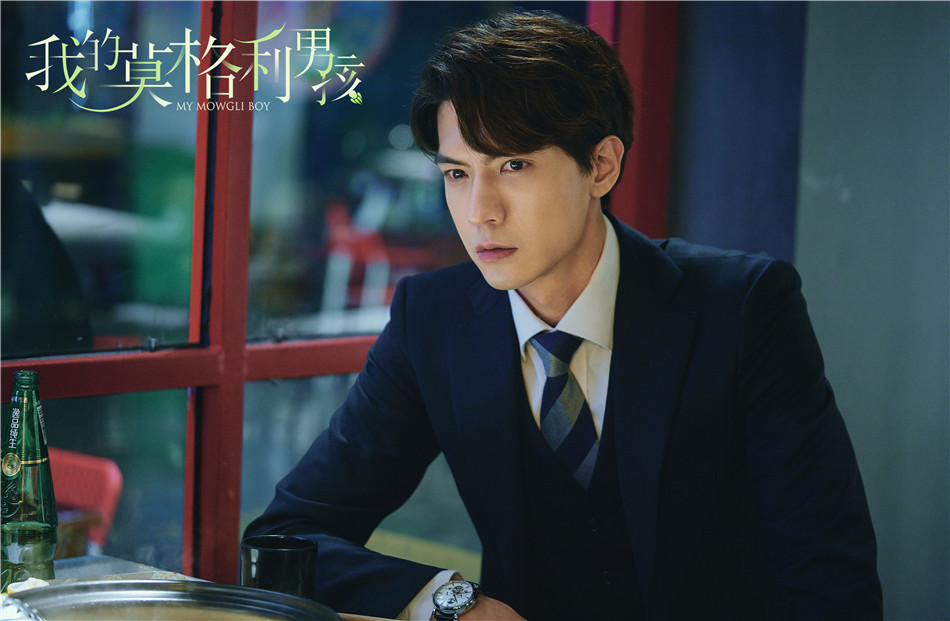 Zheng Li (郑理), Ren Yan Kai
Ling Xi’s childhood friend and crush. He is a businessman alongside Ling Yu. He is mature, kind, and treats people fairly. Despite being close friends with Ling Xi, he always tries to dodge her calls and requests to hang out because he doesn’t have feelings for her. 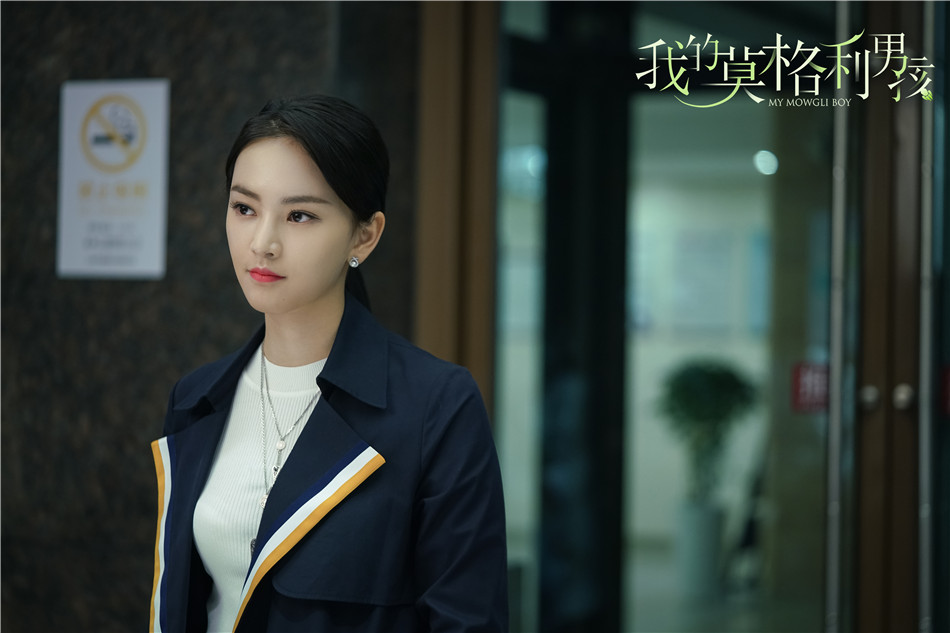 Tang Cheng (唐澄), Huang Cang Cang
Ling Xi’s best friend and roommate who is a capable lawyer. She is playful and flirty and loves men, but never wants to get married or get tied down. 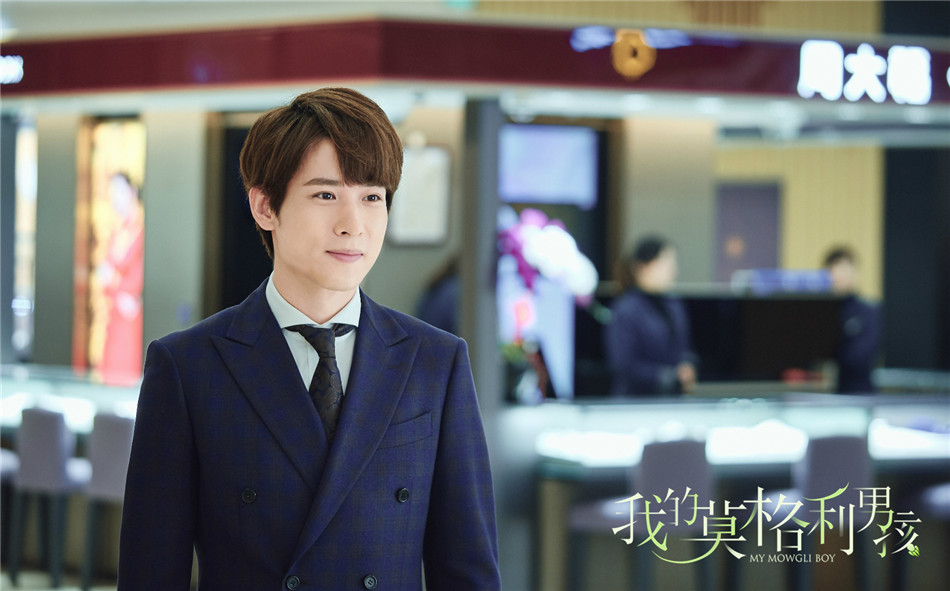 Ling Yu (凌宇), Wu Hao Ze
Ling Xi’s younger brother and heir to their father’s business. He is a kind man who cares deeply about his family. Because of his good-natured personality, he often gets pushed around and taken advantage of by his girlfriend. 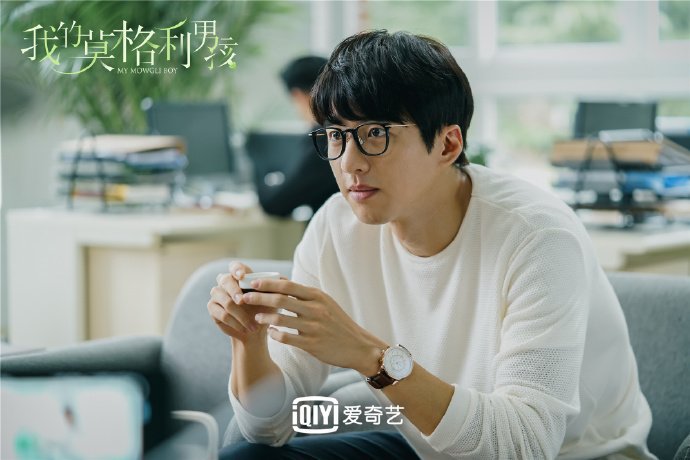 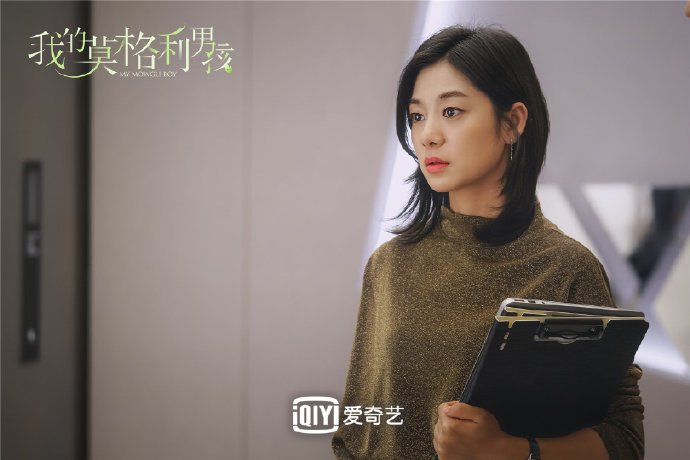 Bai Yi Ling (白艺凌), Wang Zhen Er
Zheng Li’s assistant. Her husband wants to divorce her in order to be with his pregnant mistress. However, she refuses unless he gives her a fair share of her assets, since she worked hard to help him when they were together. She becomes close with Zheng Li after he helps her with her divorce. 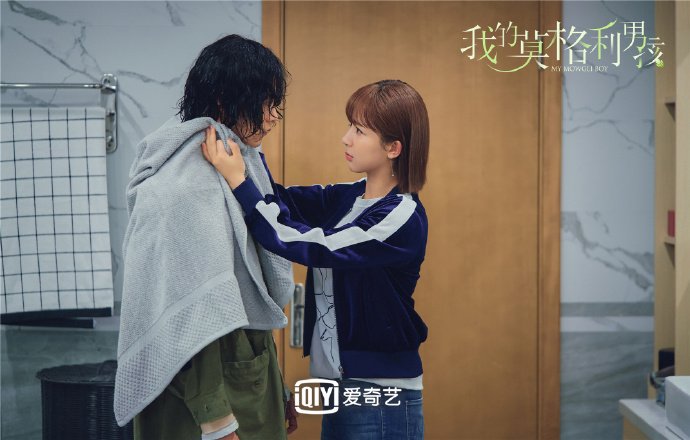 Before I started watching this drama, I expected it to be focused on the relationship between Ling Xi and Mo Ge Li. However, as I watched the drama, I was pleasantly surprised to see that there’s more to the story than just their romance. The drama is really centered around Ling Xi, which makes sense since she’s the main character. And because the drama is so focused on her, we get to learn more about her character and her backstory.

Personally, I really like Ling Xi. It’s easy to not like her because she’s not bubbly and innocent as Tong Nian is in Go Go Squid. And it doesn’t help that Ling Xi’s mean and selfish. But that’s why I like her. I think her character is very realistic. I mean, she grew up with her mother dying when she was young and her father marrying another woman shortly after. It’s obvious that her arrogant and domineering personality is a cover up for her true feelings. She’s probably tired of feeling weak and helpless, and that’s why she tries to be a strong person, so that others wouldn’t hurt her. But while she has her shortcomings, she also has some strengths that are really likable. For example, she’s strong and independent and knows that she wants. Despite her father being a wealthy business, Ling Xi doesn’t rely on him for any support. She moved out right after high school and started her business herself and works hard to keep it running. 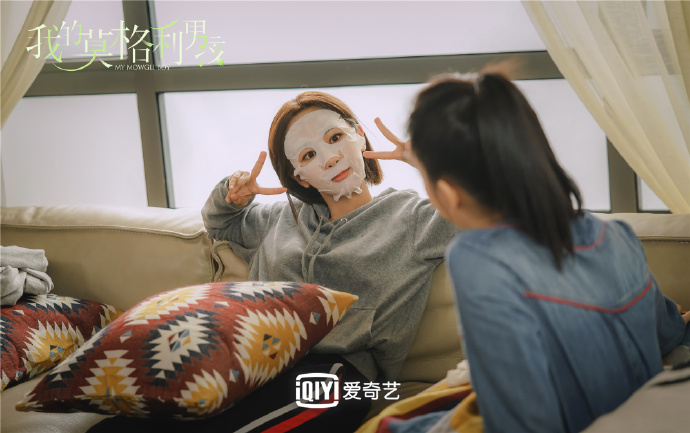 But Ling Xi isn’t the only strong woman in this drama. There’s also her best friend, Tang Cheng, who is a competent lawyer. Tang Cheng loves to be adored by men, but she doesn’t get close to them and only keeps them as temporary companions. But while Tang Cheng plays around with men, she is fiercely loyal to Ling Xi and always helps her when she gets herself into trouble. She also ends up being Mo Ge Li’s babysitter at times when Ling Xi can’t watch him (LOL).

The other characters in the drama are only okay. I don’t really pay much attention to them. I’m more interested in Ling Xi, Tang Cheng, and Mo Ge Li. However, I do find Ling Yu to be an interesting character. He’s a pushover when it comes to his girlfriend, but is actually a good businessman since he learned from his father. He and Ling Xi don’t get along, as she doesn’t like his mother, but he somehow always keeps tabs on her. He watches her live streams and keeps updated on what she is doing. Sometimes he ends up ratting her out to her father, but I think it’s because he truly cares about his older sister. Like when Ling Xi got herself in trouble, he and his mother are concerned about her business and he even offers to help her out. On the other hand, I also think Ling Xi does care about her brother. She obviously doesn’t display it, but when she sees him being submissive to his girlfriend, she gives him a pep talk about his choice in girls. She reminds him not to let himself get pushed over and to speak up if he doesn’t agree. Anyway, I do hope their sibling relationship gets better. I think they’re both very good people, it’s just their family circumstances makes it hard for them to communicate. 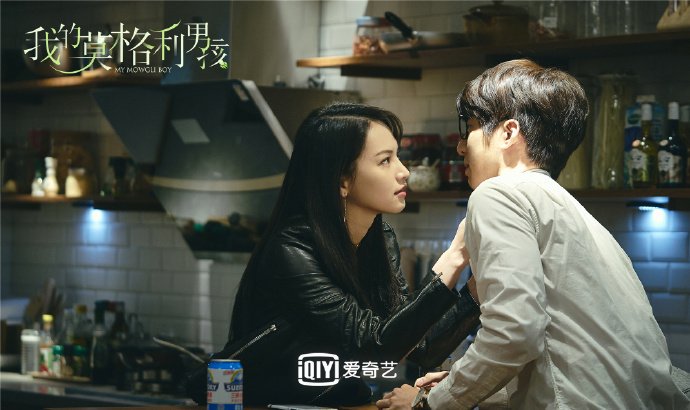 Overall, I am quite enjoying this drama. It’s not something I’m actively following, but it’s a nice breather after all the heartbreak from The Untamed and the disappointment of Novoland: Eagle Flag. I’m really looking forward to seeing Ling Xi open her heart and become a better person through learning to care for another person (aka Mo Ge Li). And I believe Mo Ge Li’s dependence on her will help her learn how to do that. It’s cute watching her interactions with him. I find it funny that Ling Xi is supposed to be the older one out of the two, but Ma Tian Yu is much older than her in real life. But his baby face really makes him look young and he easily passes off as the confused and naïve jungle boy. Hopefully they won’t have to go through too much to be together and things will go smoothly for them as they begin their romance!!! 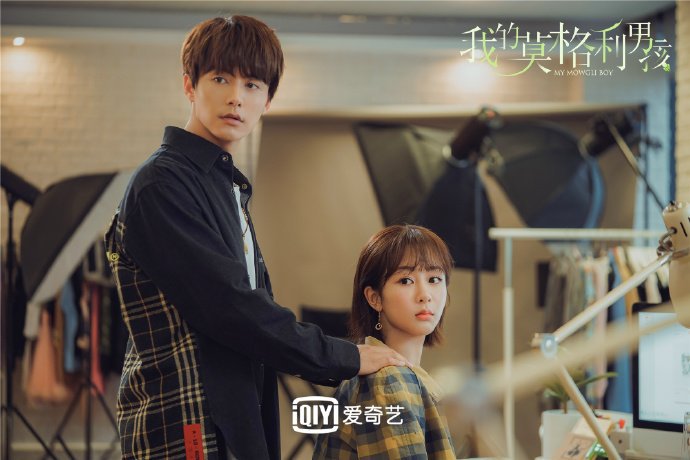