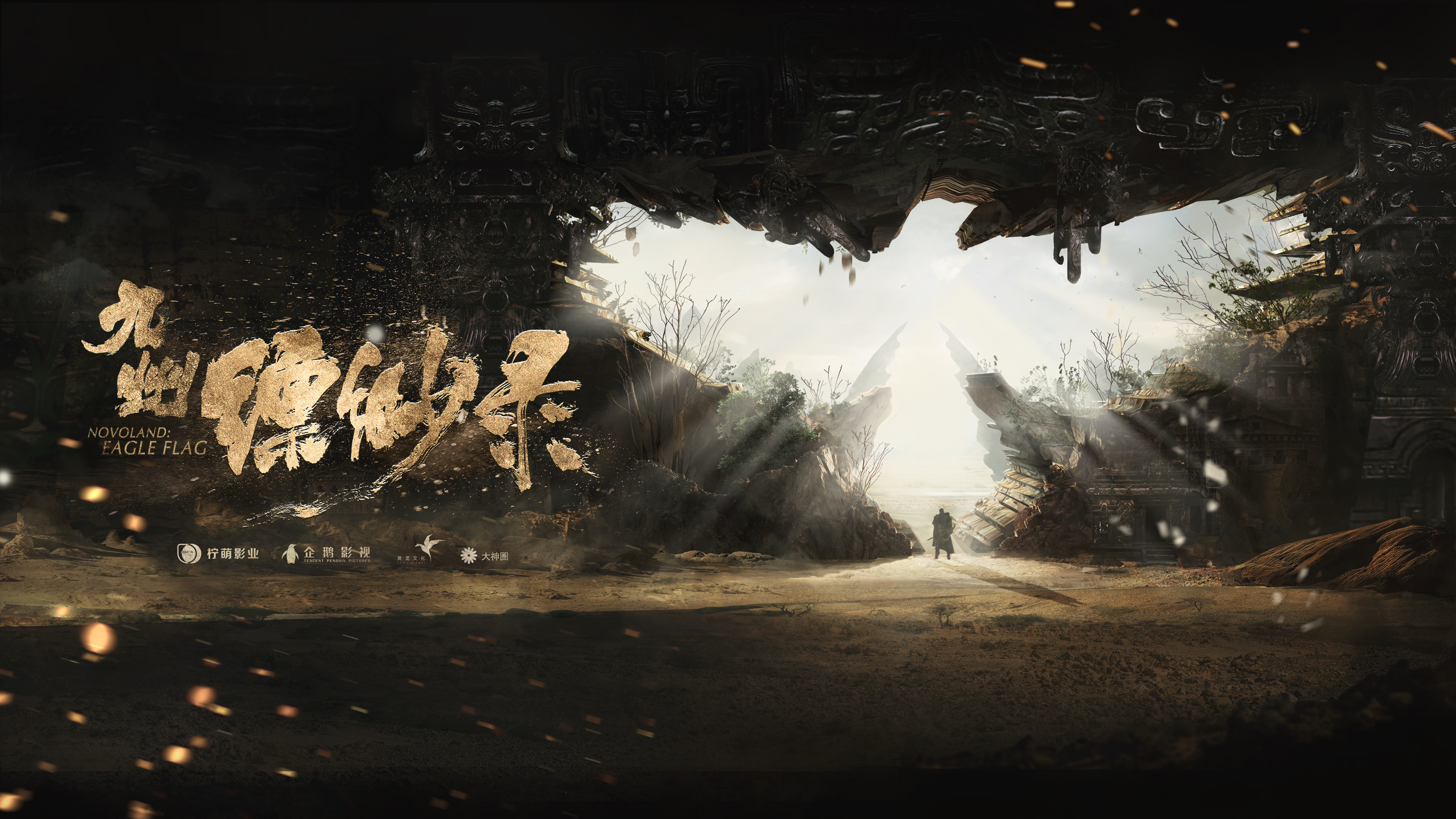 If you haven’t started watching this drama, you should! I didn’t expect to like it as much as I do, but I really like this drama. It has a good plotline, tons of fascinating characters, and good action scenes! It’s definitely not a disappointment at all!

For Liu Hao Ran! Despite being a young actor still attending university, he’s got good acting skills. Don’t let his young and innocent face fool you! The boy is good at what he does, and he never fails to amaze me with his acting skills. Plus, he’s good at choosing his projects. Most of the dramas that he’s headlined have all been popular (With You & Nirvana in Fire 2). And, so far, he’s doing great in this drama!

When they arrive, Asule is then revealed to be the youngest son of the king of the Qingyang Tribe, Lu Song. He was born without a heartbeat and was believed to be cursed, which is why he is sickly and has a weak body. Therefore, his father sent him to be raised by Longge Zhenhuang. Asule does not believe this and constantly repeats that he is Longge Zhenhuang’s son. He is still shocked by the Zhenyang Tribe being eradicated and wants to get revenge for his people. He tries to pick a fight with Lu Song, but he is quickly overpowered. Lu Song then agrees to give the remaining people of the Zhenyang Tribe to him as slaves.

Soon after, Lu Song announces Asule as the Crown Prince, as tradition in the Qingyang Tribe states that the youngest son inherits the throne. Many are opposed to this, especially Lu Song’s four older sons who all covet the throne. Lu Song’s good friend Shahan worries that Asule has a weak body which will make him incapable of competing against his older brothers. He suggests that Lu Song find him a good teacher and companions who can fight alongside him, to which Lu Song does.

However, the Qingyang Tribe lacks resources, as food is scarce due to the harsh winters. Shahan is sent to Xia Tang to request a peace treaty. He returns with good news that Xia Tang has agreed, but requires the Qingyang Tribe to send one of their princes to marry their princess. Asule is chosen to go, despite Lu Song’s reluctance, but he agrees to go as he believes it is the best for the Qingyang Tribe. As Asule departs, his father gives him a new name, Lu Gui Chen. 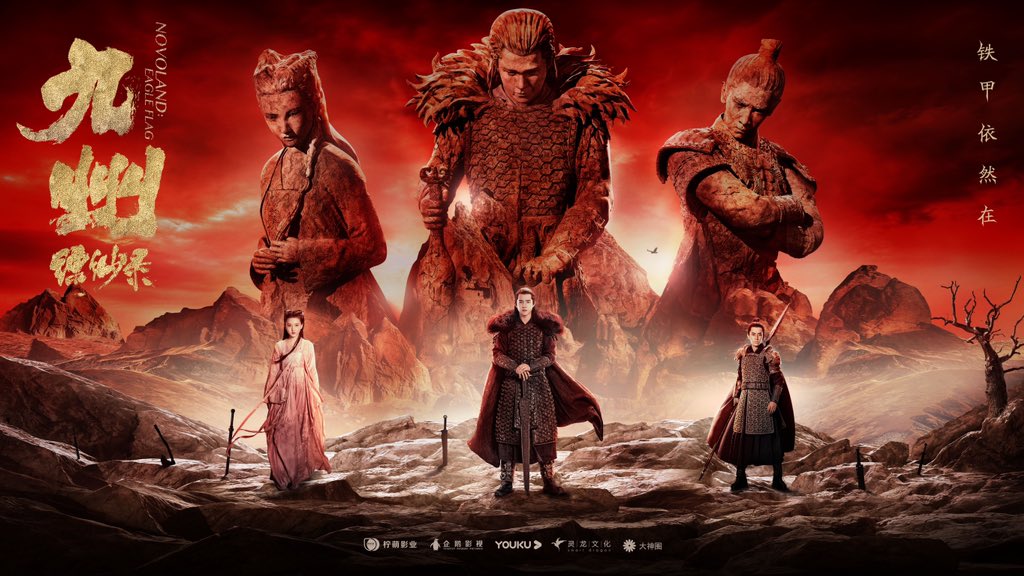 Cast/Characters
*There are LOTS of characters. So, I’m just going to list the THREE main characters. 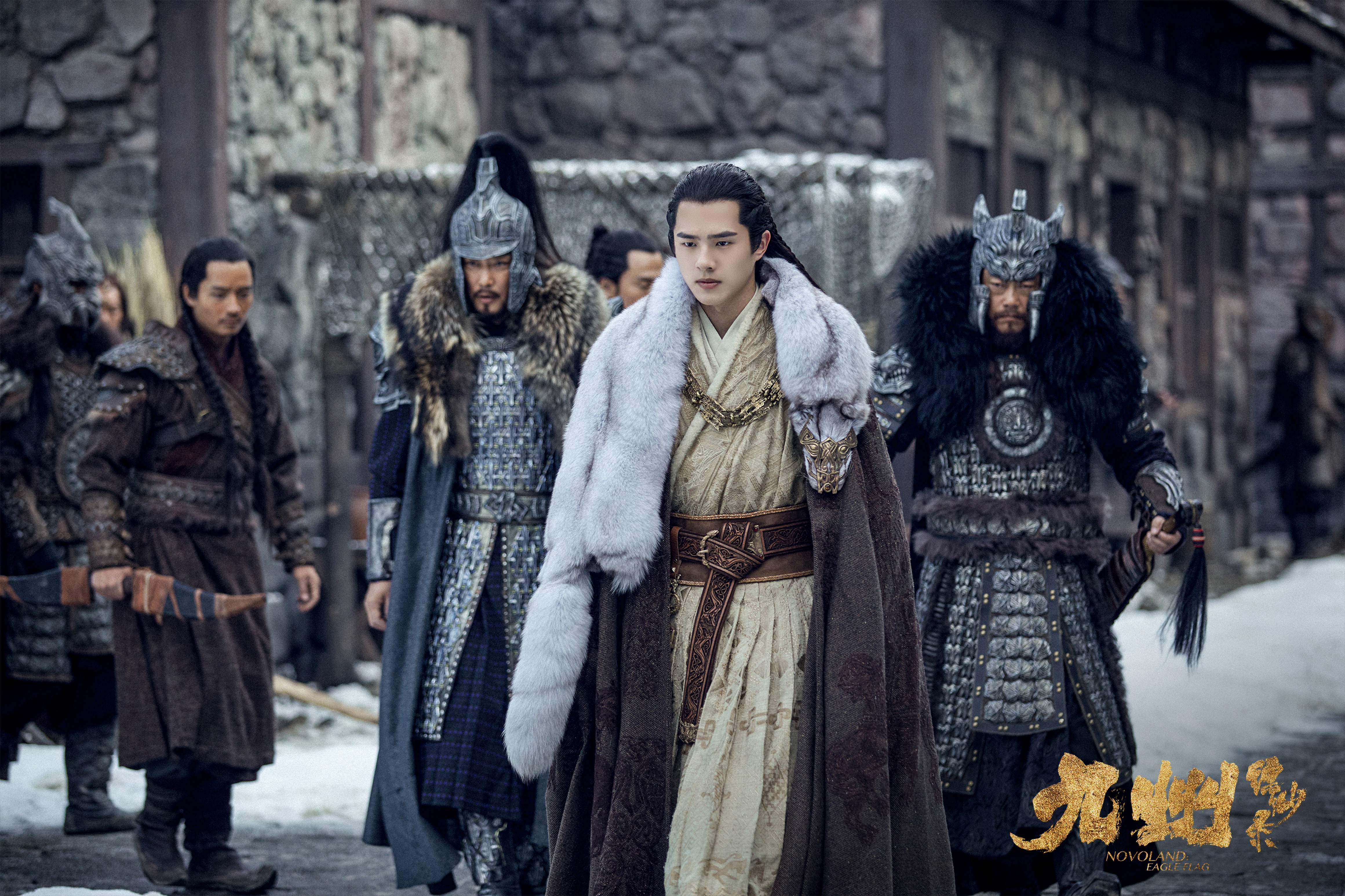 Lu Gui Chen / Asule (吕归尘), Turbo Liu Hao Ran
Crown Prince of the Qingyang Tribe. He was raised by Longge Zhenhuang of the Zhenyang Tribe. He is sent to Xia Tang to marry their princess for a marriage alliance. He was born without a heartbeat and is diagnosed with a terminal illness. Despite his poor health, he wants to be able to protect his people. 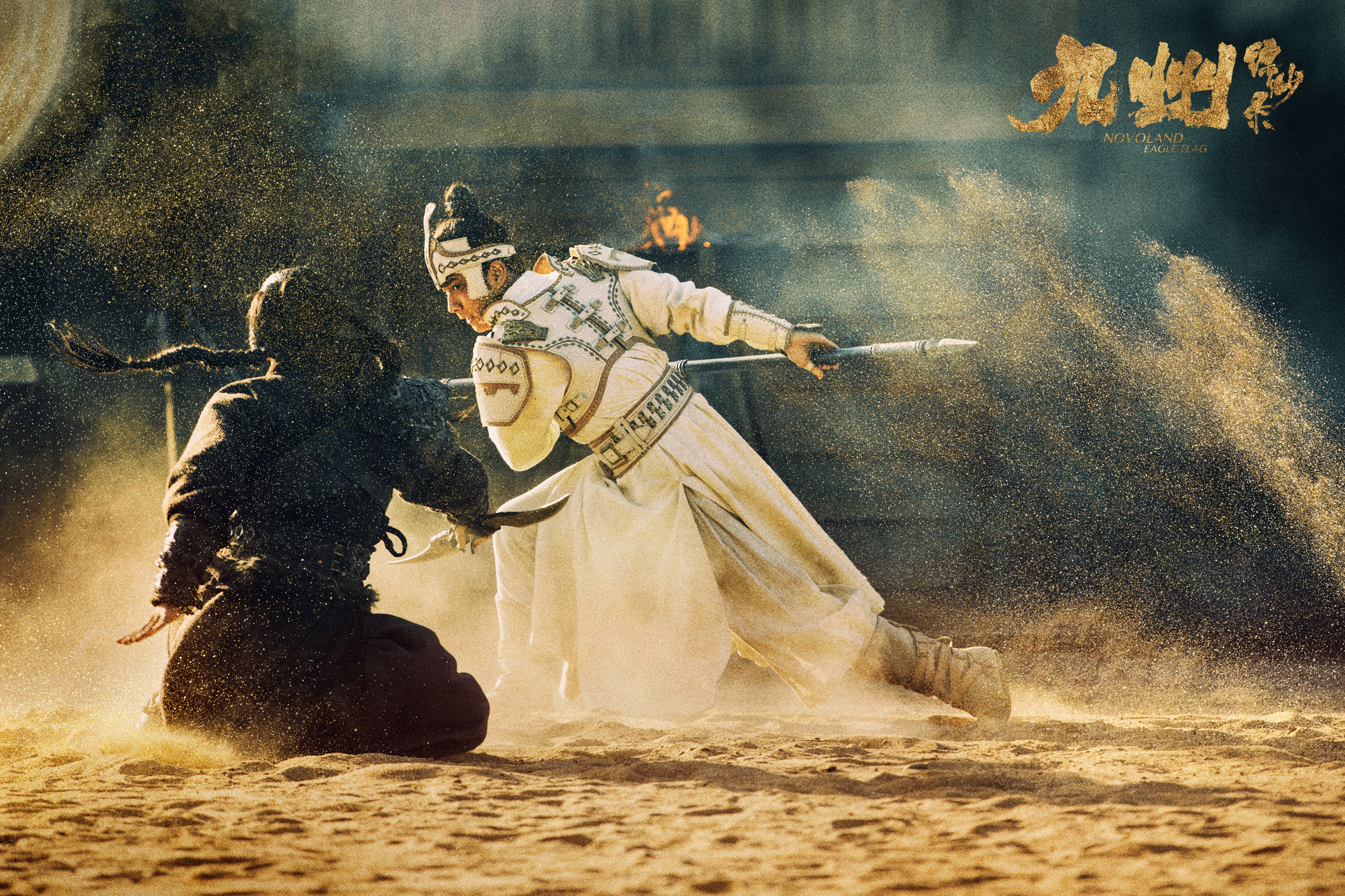 Ji Ye (姬野), Chen Ruo Xuan
Eldest son of the Ji family. However, his status as a concubine’s son makes him unable to get a military rank. He is often ridiculed by his younger brother, who is the legitimate son, and looked down upon by his father, who sees him as a steppingstone for his younger brother. Despite this, Ji Ye is extremely talented in using the spear and works hard to one day become a military general so that his name will be known. 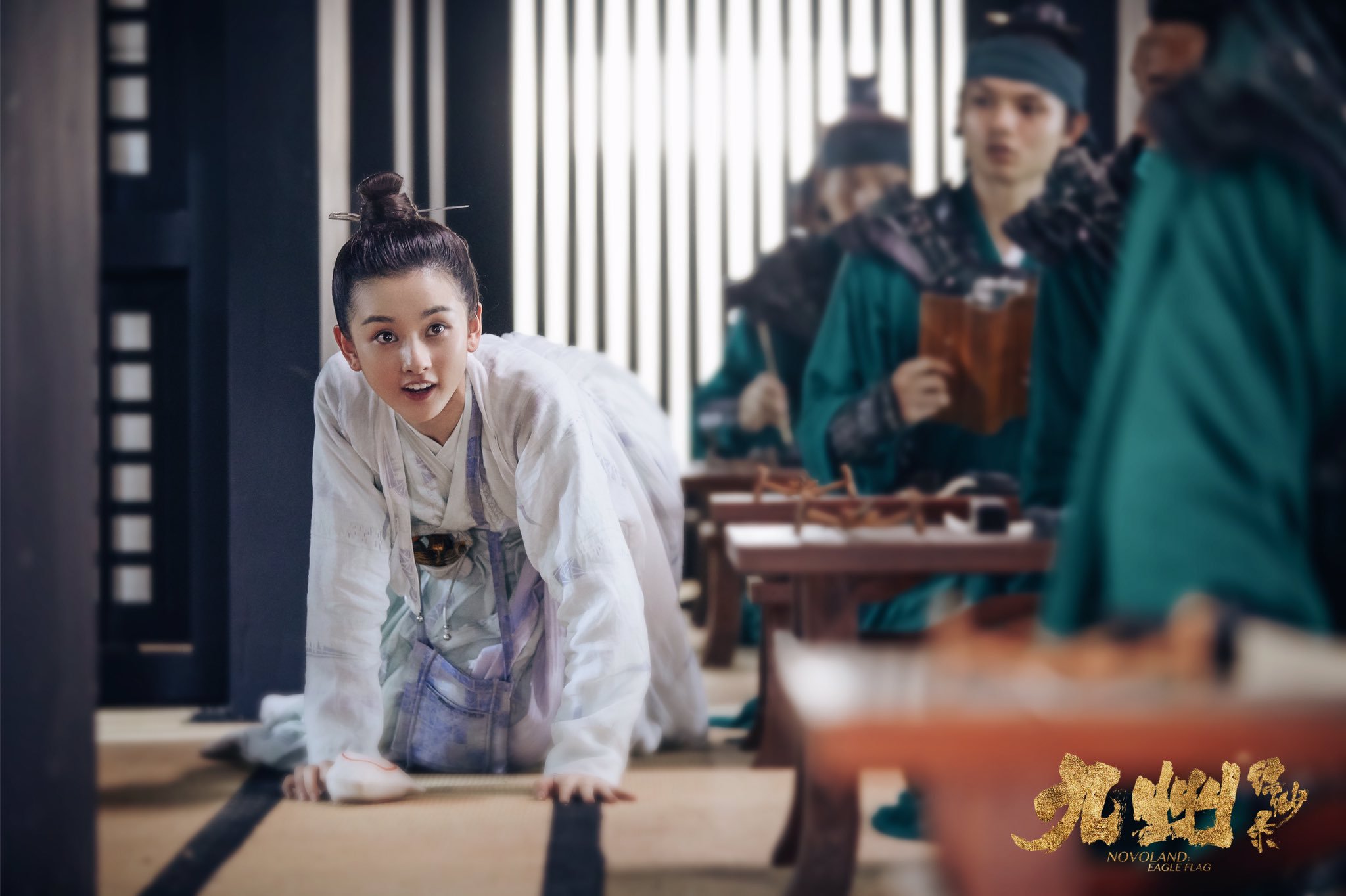 Yu Ran (羽然), Lareina Song Zu Er
The niece of the State Preceptor. She is from the winged tribe and grew up in the palace. She is young and loves freedom, often escaping the palace to roam around the city dressed as a man. She has an outspoken personality and wants to live a carefree life.

I’m loving this drama! I was able to watch 6 episodes straight without break. I think that just shows how much I’m enjoying it and how great it is. At first, it was a bit confusing, given that there’s so many things going on at the same time. If you’re not familiar with the setting, timeline, and tribes of the drama, it can get confusing. It took a while to figure things out, as I kept getting confused about the different kingdom and the people that kept appearing. But it’s okay, it makes the story more interesting. 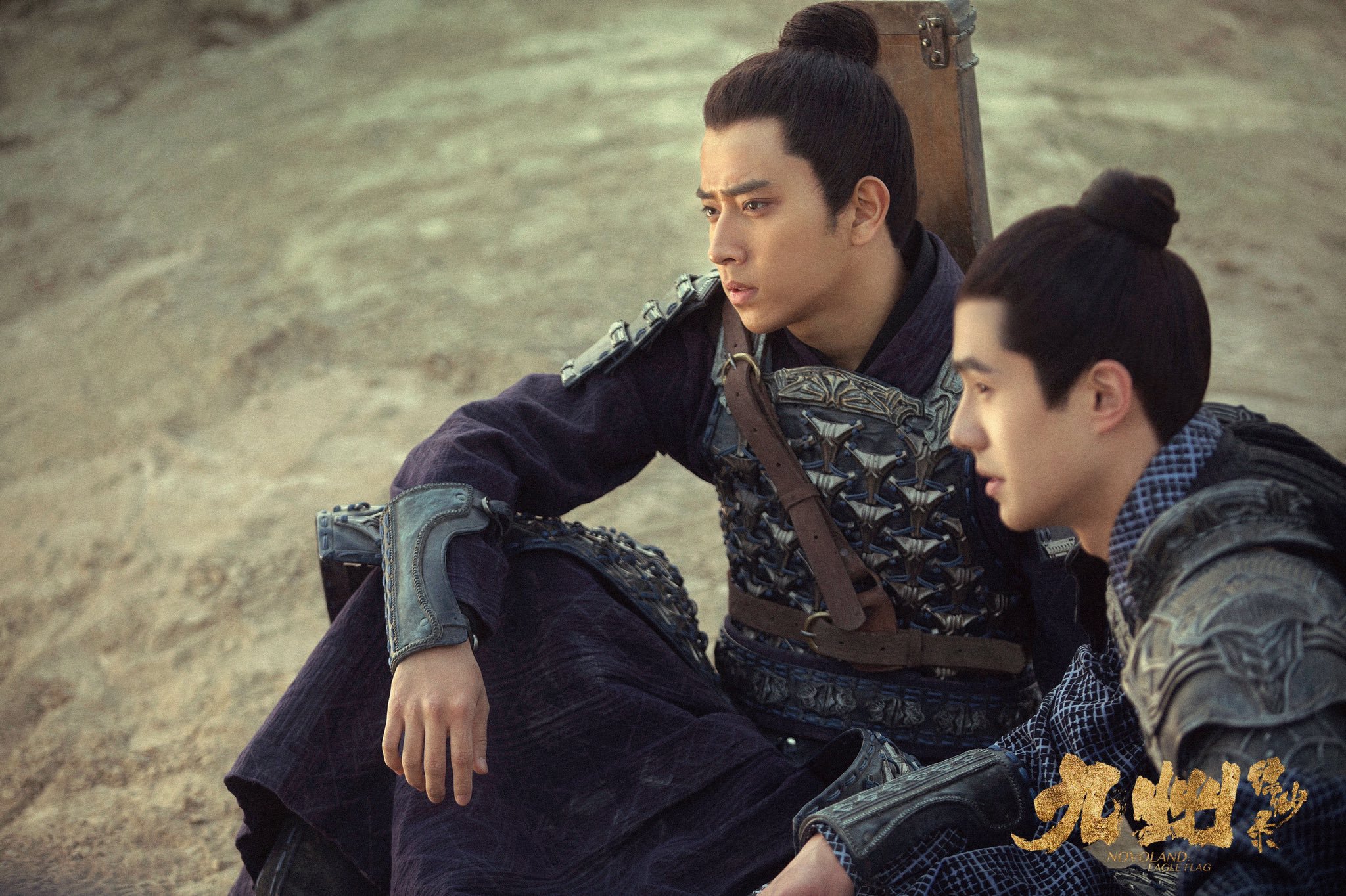 Anyway, I think one of the best things about this drama is its well-written plot. It’s so detailed and everything about the story is good. Even the characters are all great. For example, Lu Gui Chen and Ji Ye. Both are two young men who are born with complicated statuses and are forced to live through tough times. Lu Gui Chen was born weak, survives a massacre, and forced to come to a new kingdom for the sake of his people. Ji Ye is looked down on and ignored, and often abused by his family due to his low status. Despite the heavy obstacles that stand before them, both are surprisingly resilient and never back down. Lu Gui Chen doesn’t let his weak body deter him from doing his best to protect his people. And Ji Ye doesn’t just sit quietly and accept his low-born status. They both do not let their struggles weigh them down. Of course, it’s still the beginning and there’s so much more they have to experience before they’re strong enough. But their determination to win is great and you can’t help but root for them all the way.

The only one who’s not doing it for me is Song Zu Er’s Yu Ran. Compared to the complexity of Lu Gui Chen and Ji Ye, her character falls short. I kind of expected this when I was reading her profile before the drama aired, but I just can’t get over why she’s the main female lead. I know she’s not supposed to be the center of the spotlight, but I feel like they could’ve tried to make her character more appealing, since she is speculated to be loved by the two main male leads. However, I feel like her character isn’t all that, and she’s kind of annoying. Instead of being an outspoken girl who fights against her fate or for justice, she pretty much seems like a little spoiled brat. And that’s super disappointed. I’m definitely not rooting for at all, and I personally wish she wasn’t the main female lead. 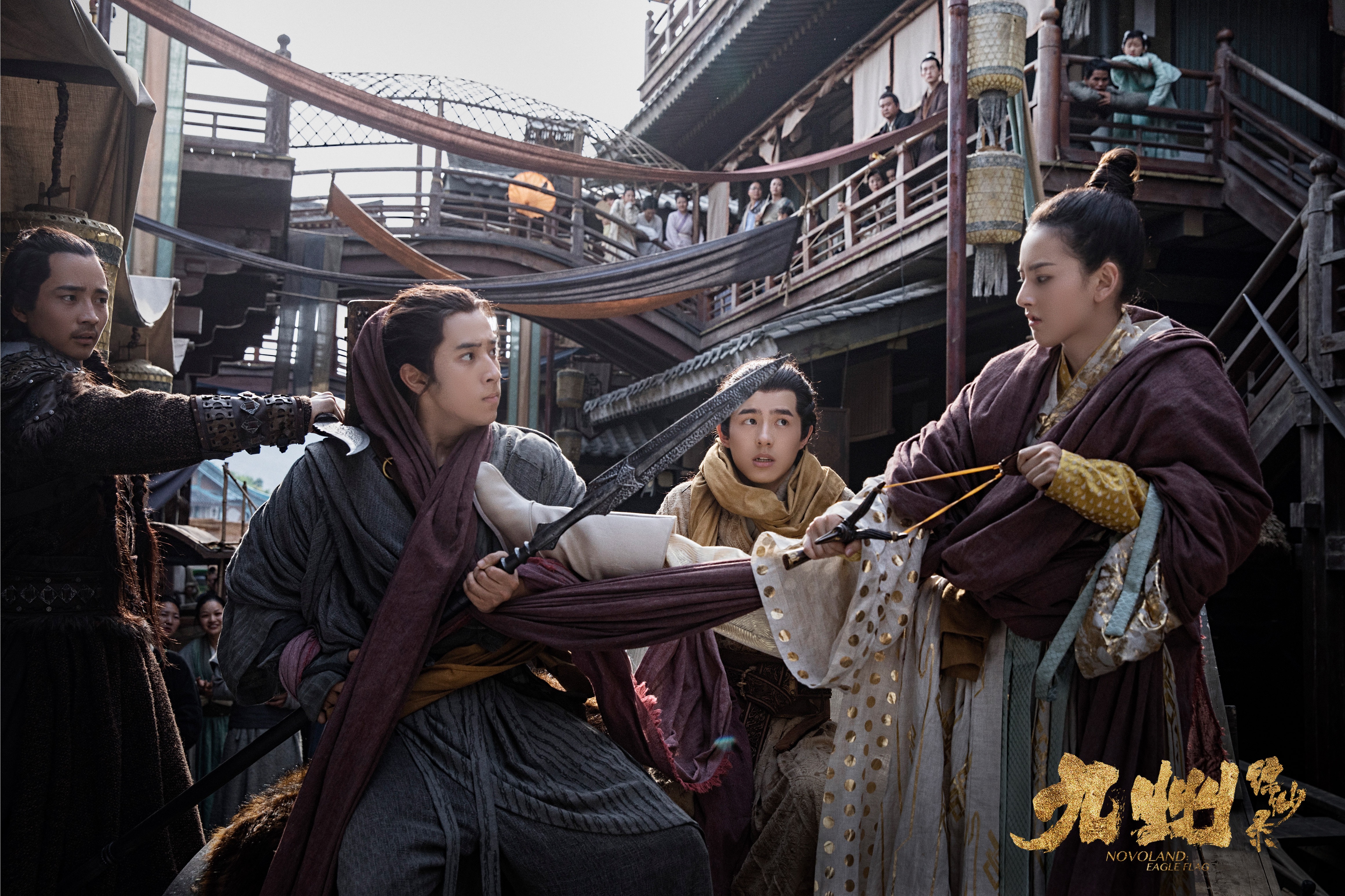 Thankfully the drama doesn’t really focus on Yu Ran, but rather on Lu Gui Chen and Ji Ye. The funny part is I find myself more drawn to Ji Ye than Lu Gui Chen. Maybe it’s because we get to see more of Ji Ye’s suffering than Lu Gui Chen. Like, when his father was beating him for being the bodyguard of a playboy rather than being obedient at home. Or when he was praying to the gods to bless him only to be left with disappointment. Everything just always seems to be against him, which always broke my heart when it happened. However, I do hope that Ji Ye does one day become the strong warrior that he seeks to be and fights alongside Lu Gui Chen.

Overall, I’m definitely looking forward to how the story progresses. I’ve given up on Yu Ran already, as she’s a disappointment. But Lu Gui Chen and Ji Ye are good enough for me to continue watching because I’m interested to see how they both grow and become stronger. I’m also interested in knowing more about the Eagle Flag organization, as it’s supposed to be this secret group with tons of amazing warriors. It’s obviously going to be a big role in the drama (hence the title), and I’m interested to see which of the two male leads join the organization (most likely Ji Ye, as his family was part of it before). 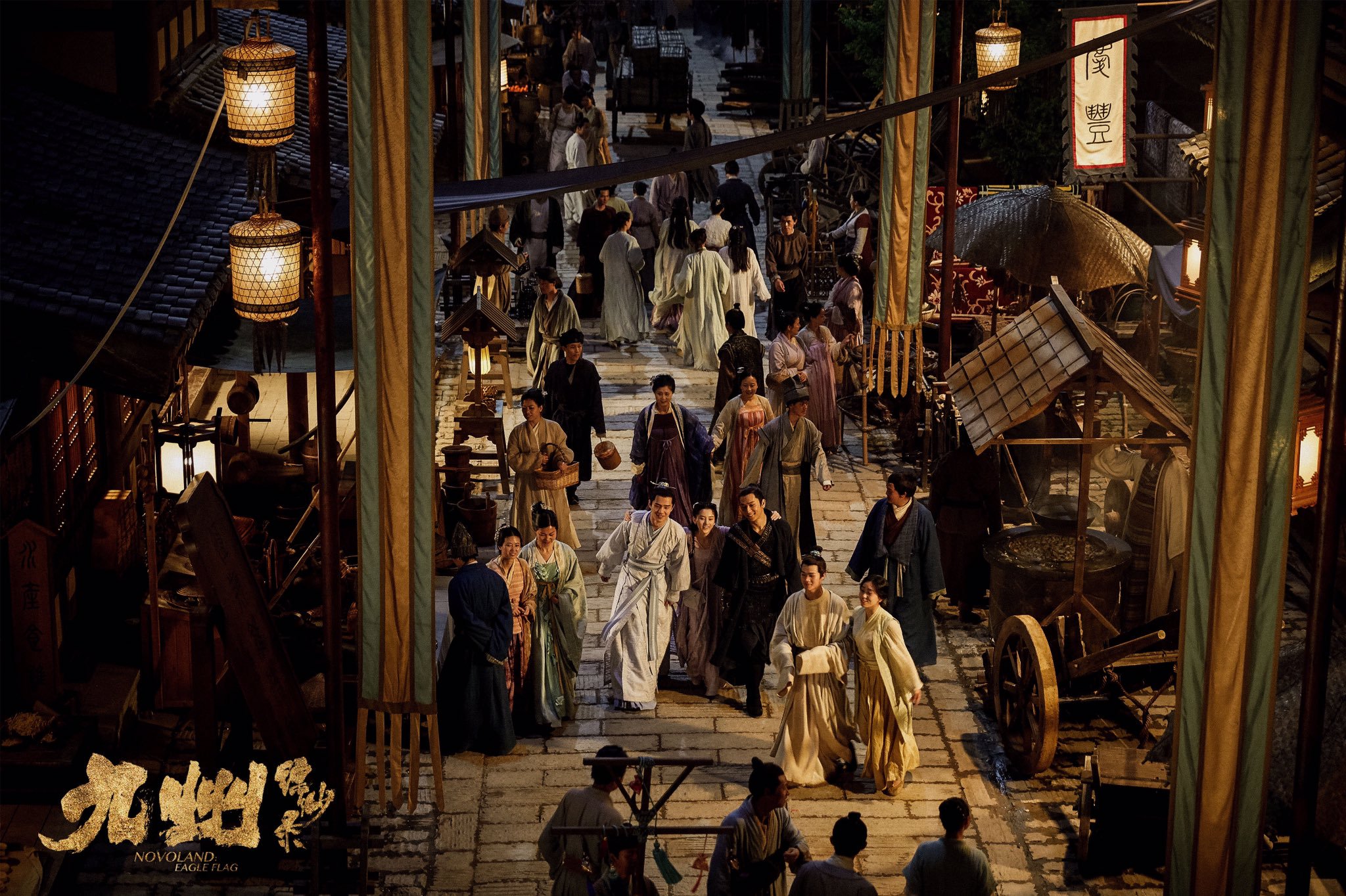 If you’re wanting to know more about the drama, you should follow this Twitter group. They’re writing recaps for the episodes and are actively following it!