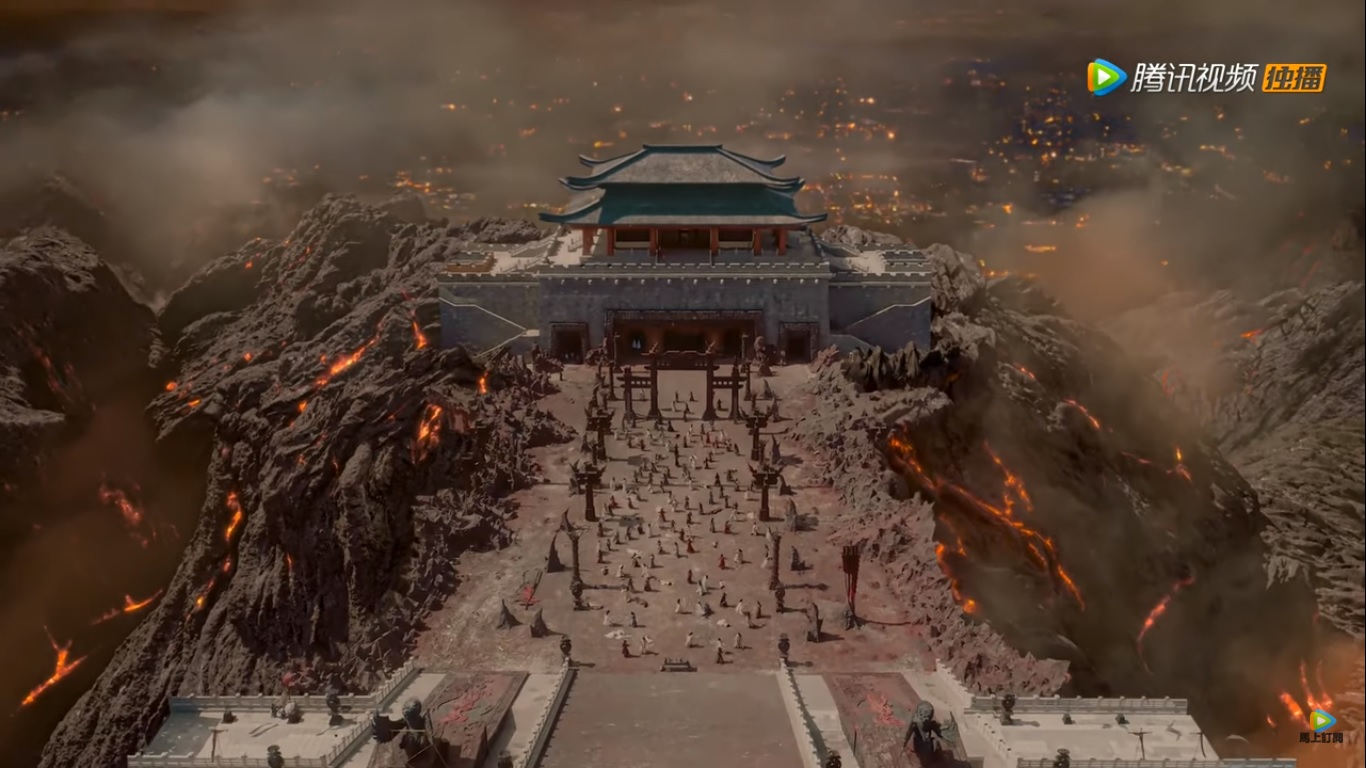 I will try to do short mini-recaps of The Untamed episodes! Don’t expect it to be updated regularly, but I’ll try to do it whenever I have the time. ^_^ 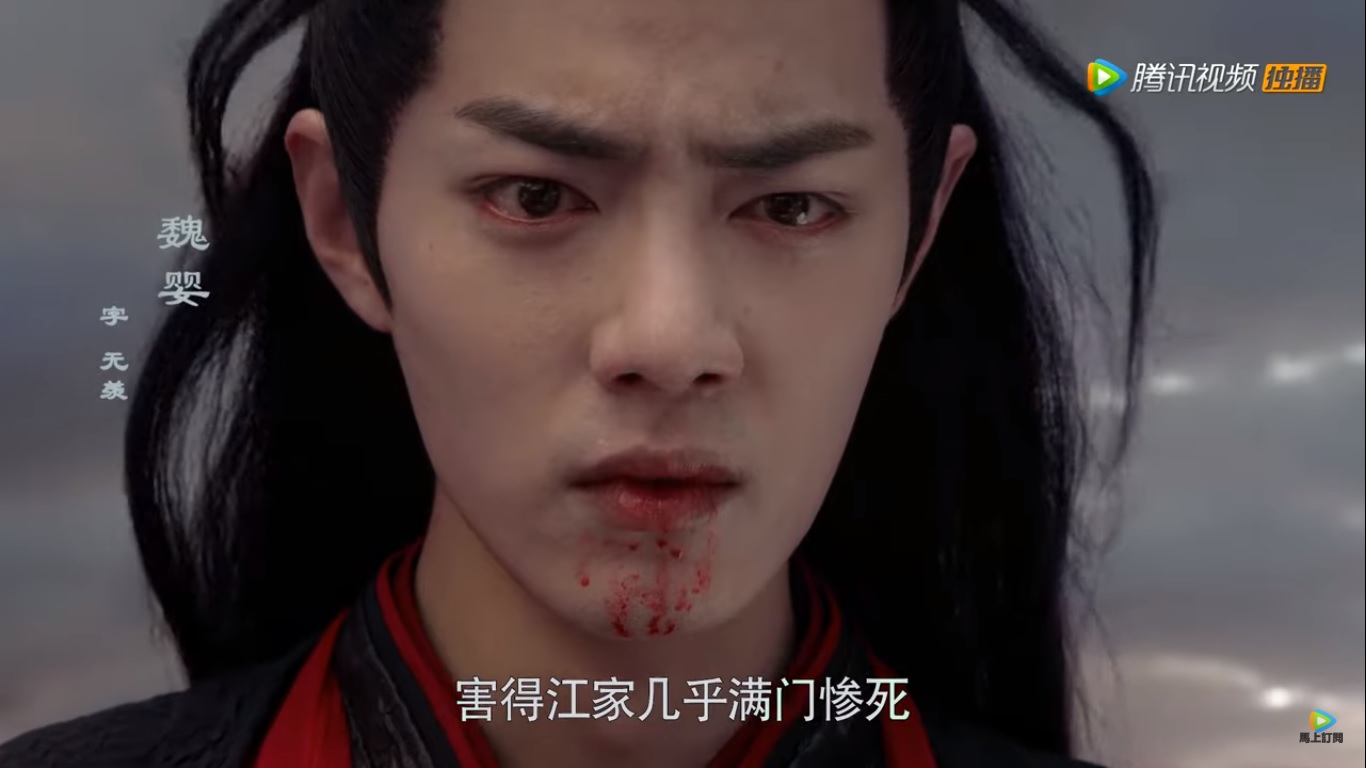 In order to get the Stygian Tiger Amulet, a chaotic battle ensues as many people from different clans fight each other. As people die one after another, Wei Wu Xian watches in horror. And, as a last resort, decides to jump to his death. 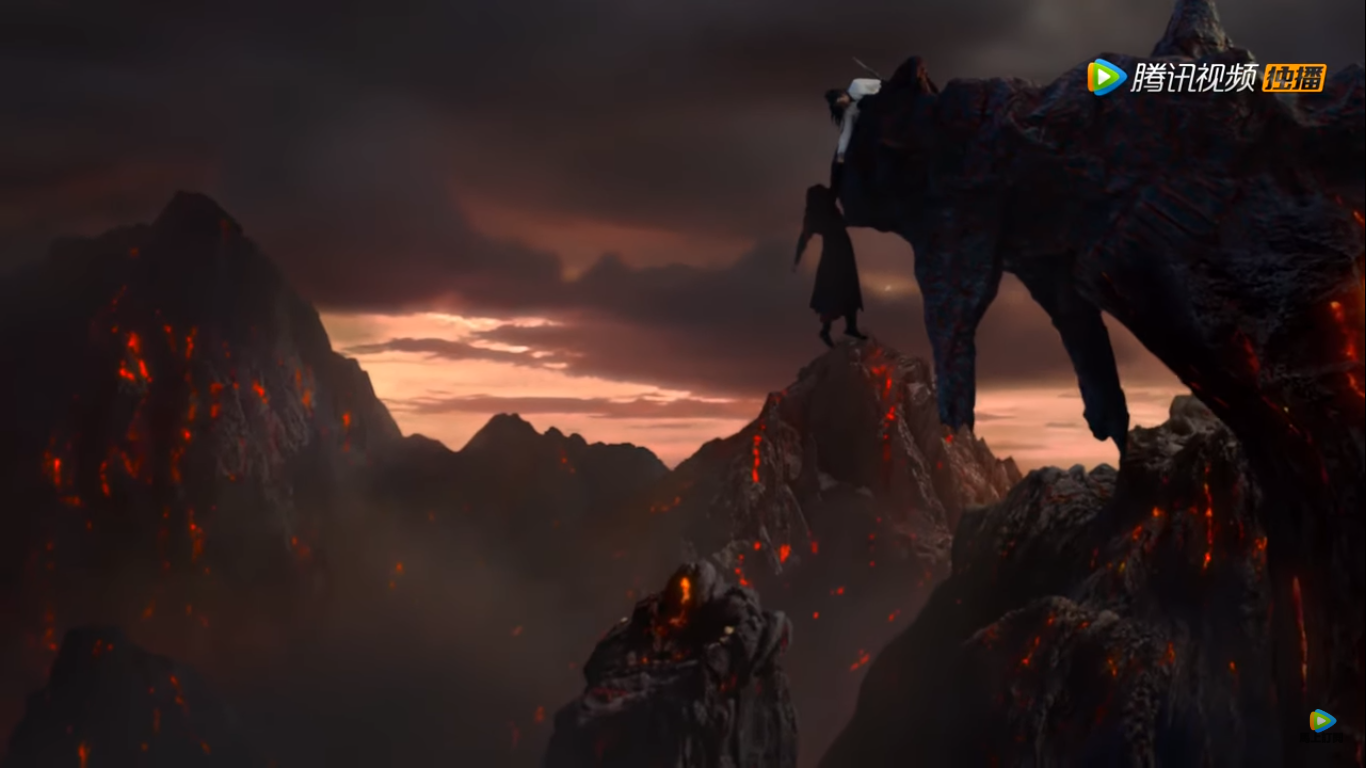 But as he falls off the cliff, his hand is grabbed by his good friend, Lan Wang Ji. Wei Wu Xian is touched that Lan Wang Ji would risk his life and defy his morals to save him, the Yiling Patriach, but requests his friend to let go of his hand. Lan Wang Ji refuses and tries to pull him up. 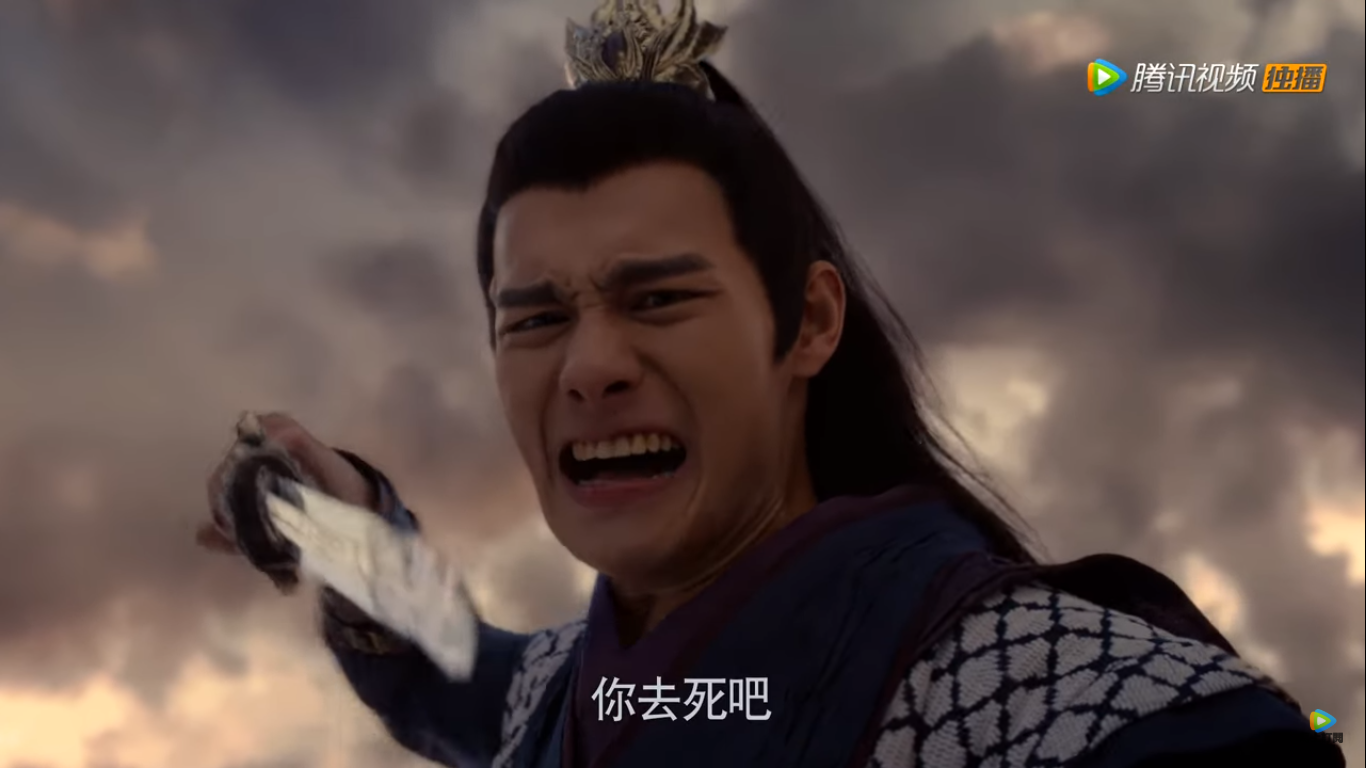 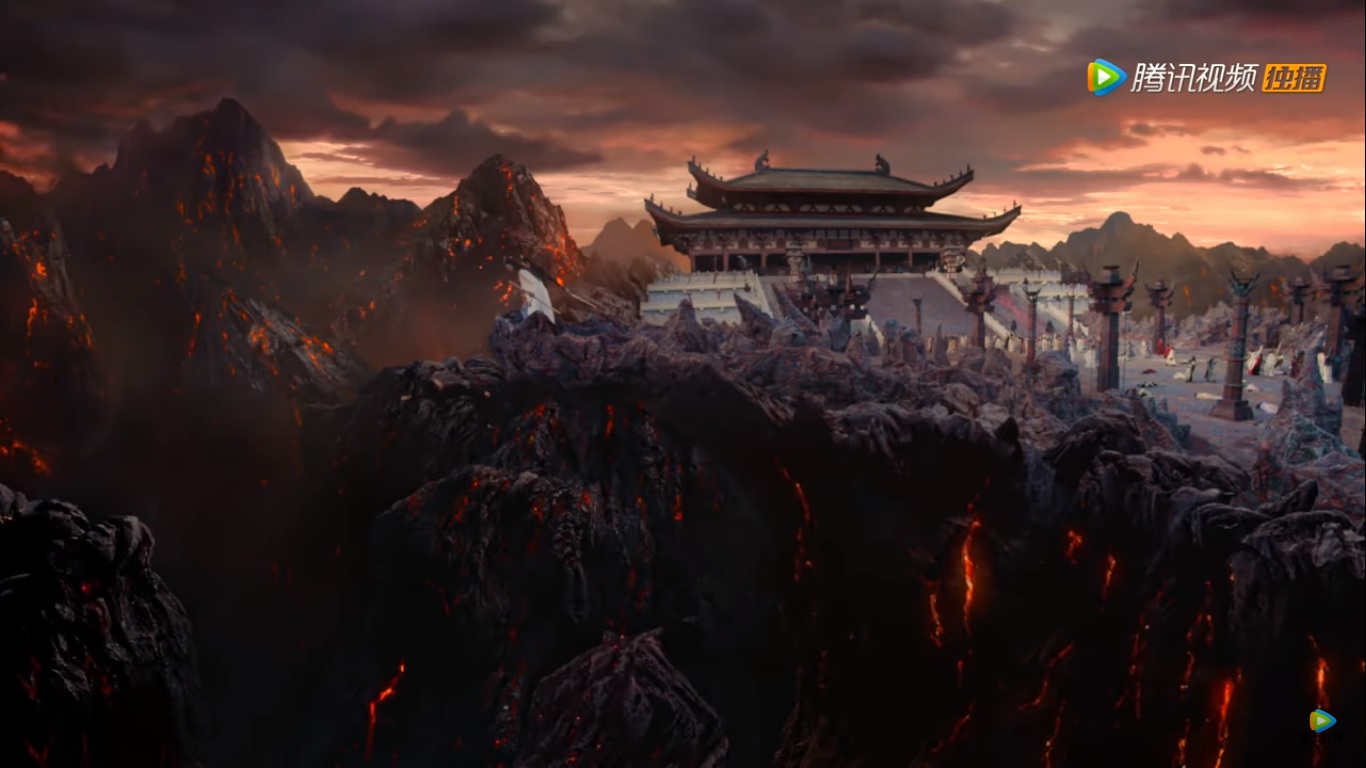 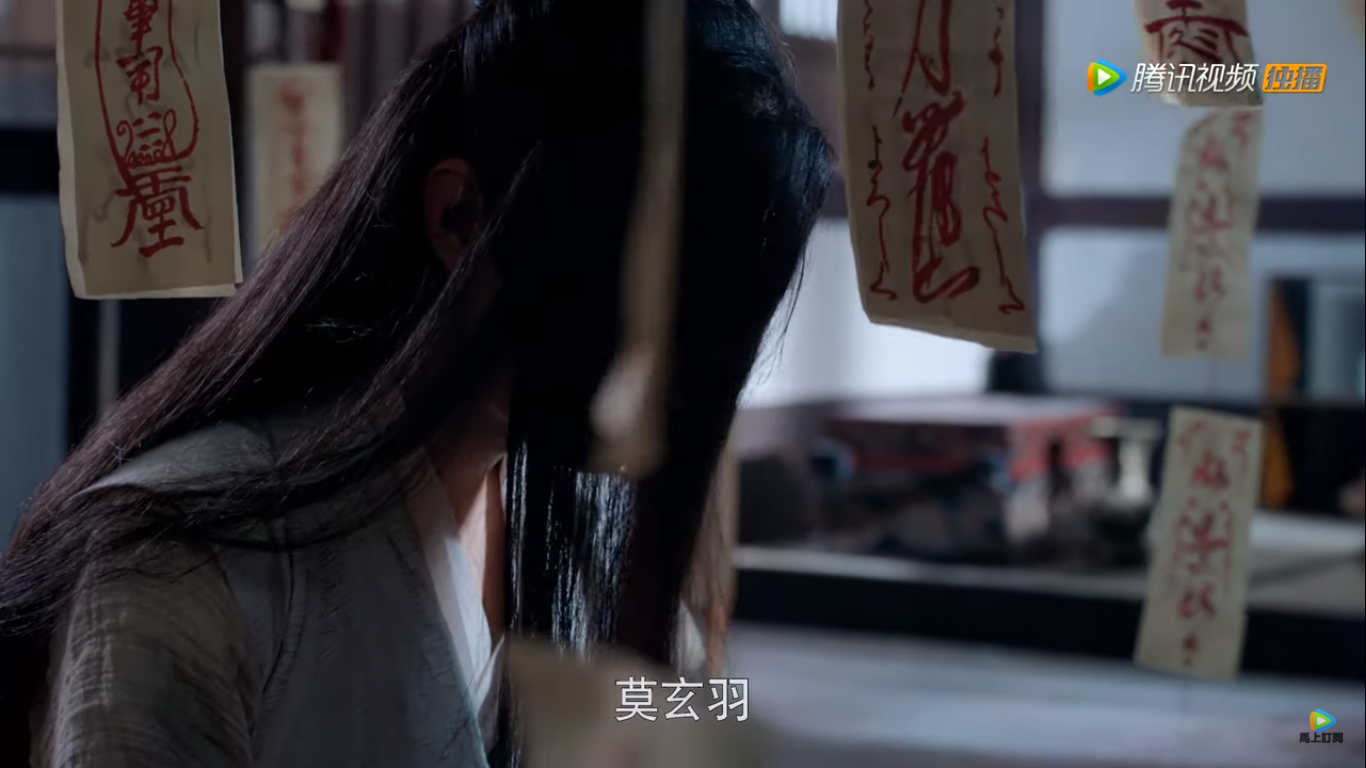 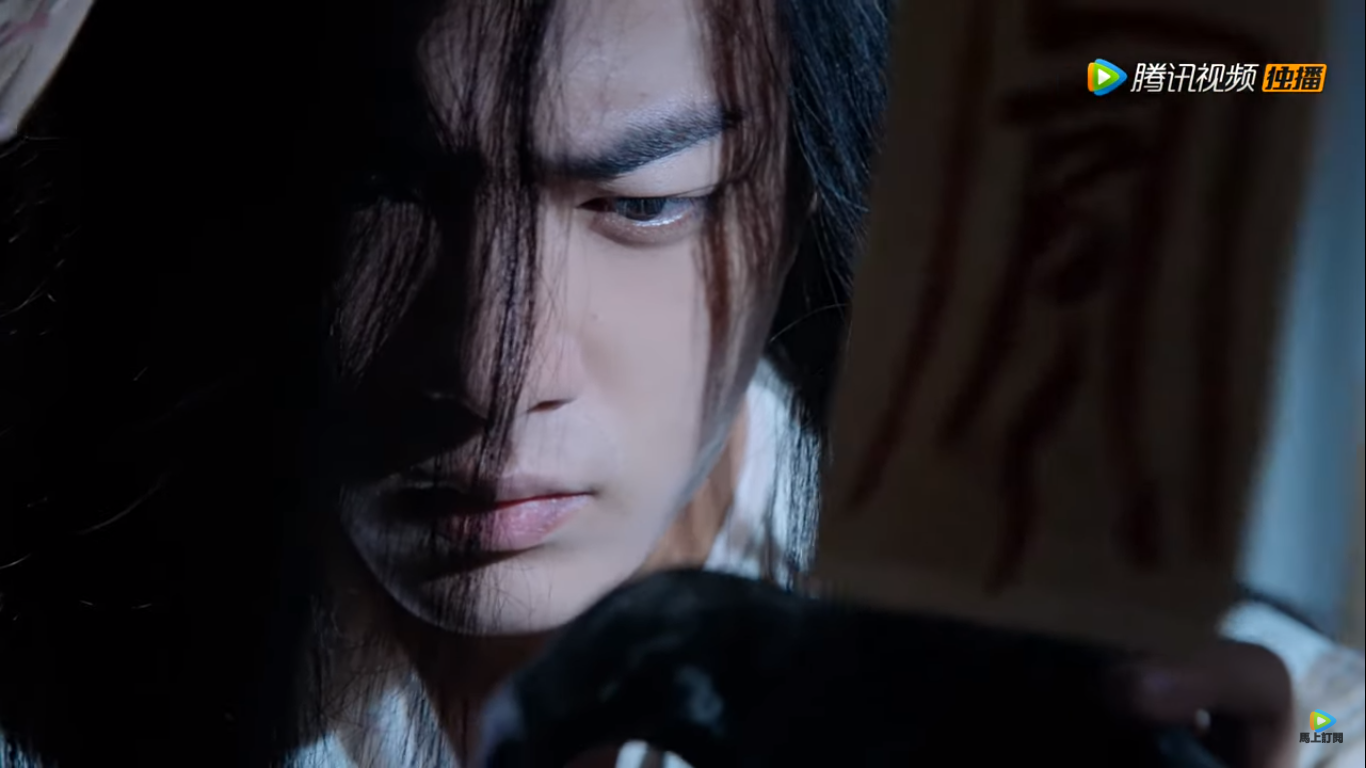 In a small courtyard in the Mo Residence, Mo Xuan Yu is successful in casting a spell to revive Wei Wu Xian’s soul. In the process, Mo Xuan Yu sacrifices his soul and requests that Wei Wu Xian carry out his revenge against the Mo family. Although reluctantly and unhappy that he was revived, Wei Wu Xian agrees to help Mo Xuan Yu since he is now living inside Mo Xuan Yu’s body. 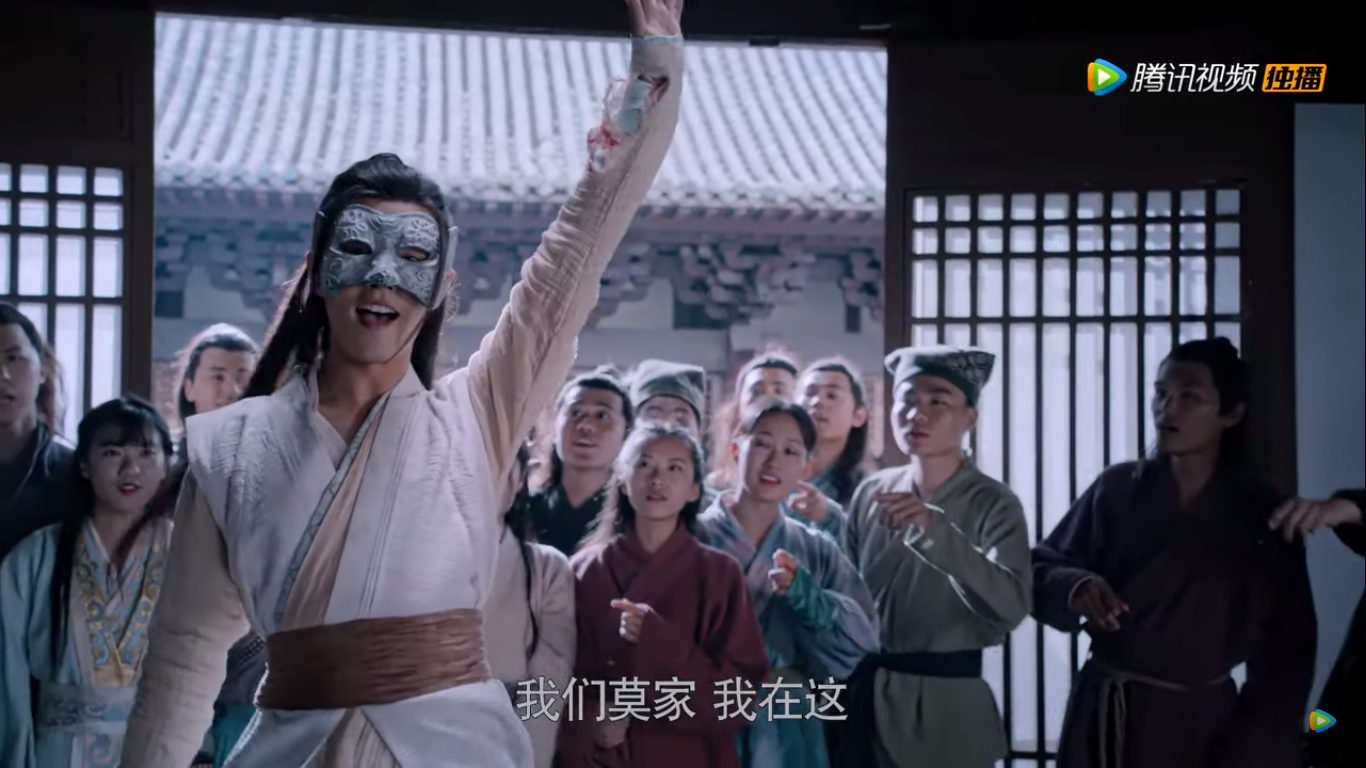 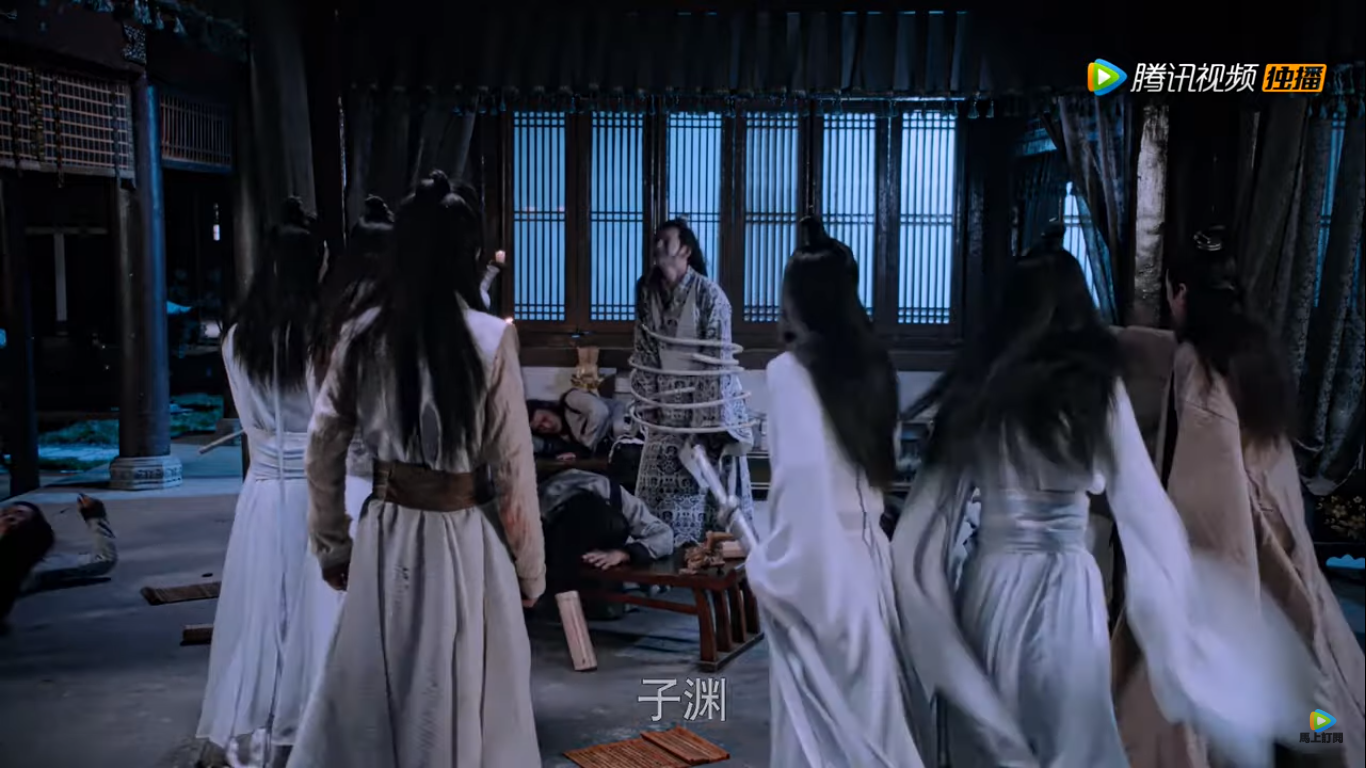 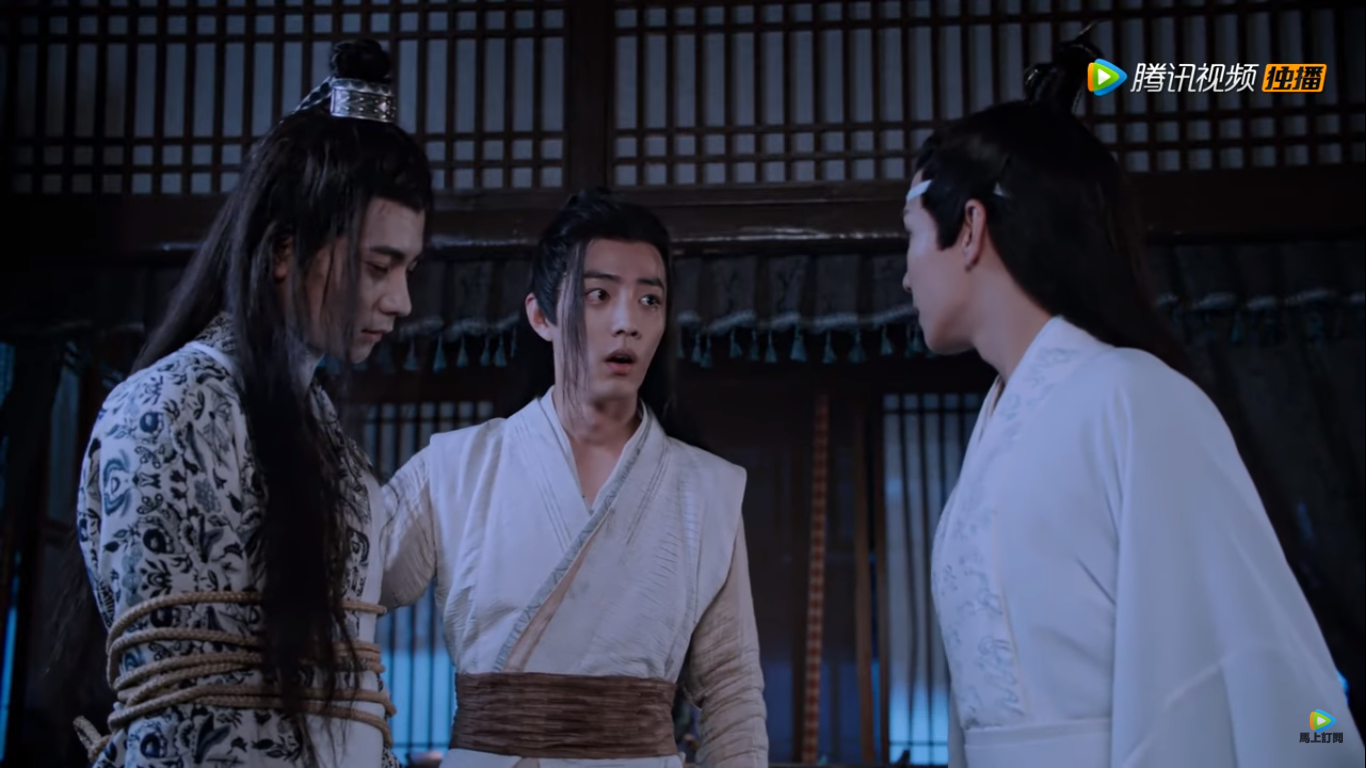 During nighttime, Lan Si Zhui and his fellow sect members have created a formation inside the Mo manor to capture the evil spirit. But the Young Master of the Mo family destroys their chances of capturing the evil spirit when he steals of the flags they were using for their formation. This causes him to turn into a zombie. Soon after, his father also becomes possessed, leaving only his mother and the servants as the only ones that haven’t been turned into zombies. 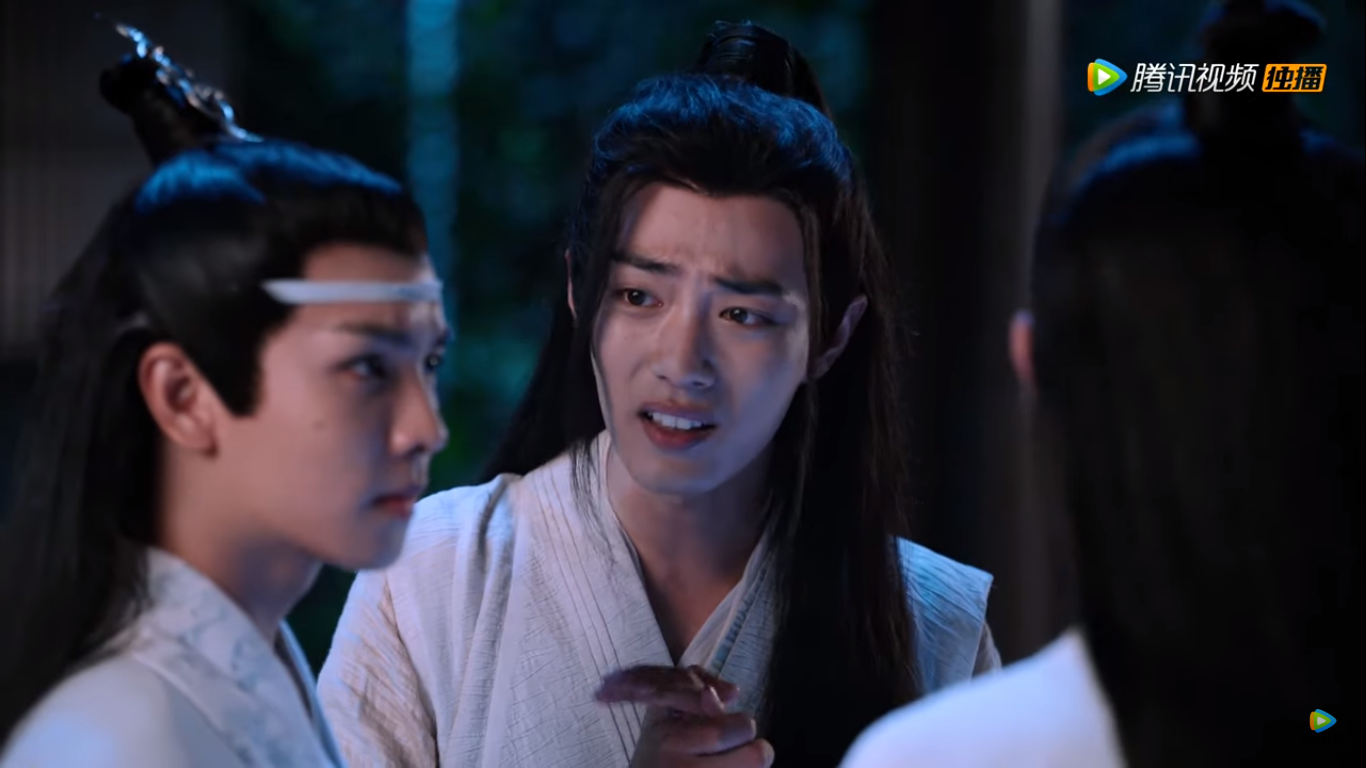 As they are short-handed, the Gusu Lan Sect members discuss that they should call Lan Wang Ji to help them. Wei Wu Xian is alerted when Lan Wang Ji’s name is brought up and openly opposes this idea. But he is outnumbered, and a signal is sent to Lan Wang Ji to immediately come to the Mo Manor. 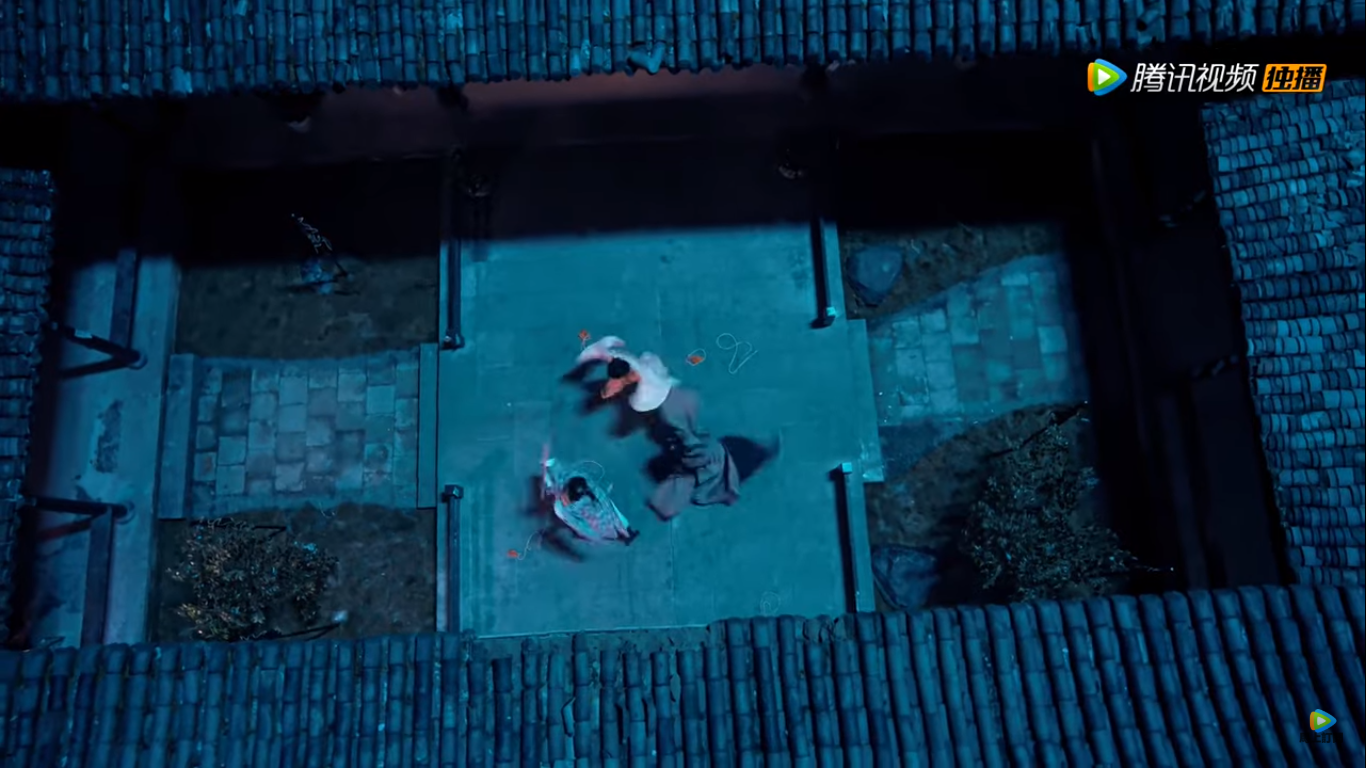 As they wait for Lan Wang Ji, the mother of the Mo family becomes possessed and a fight ensues between the three members of the Mo family in their zombie form. As the Gusu Lan Sect members try to stop them from fighting, Lan Wang Ji arrives in time to help. He uses his zither to calm the zombies down and figures out that the reason for the possession in the Mo family was due to the Stygian Tiger Amulet, which Wei Wu Xian had also realized earlier on. 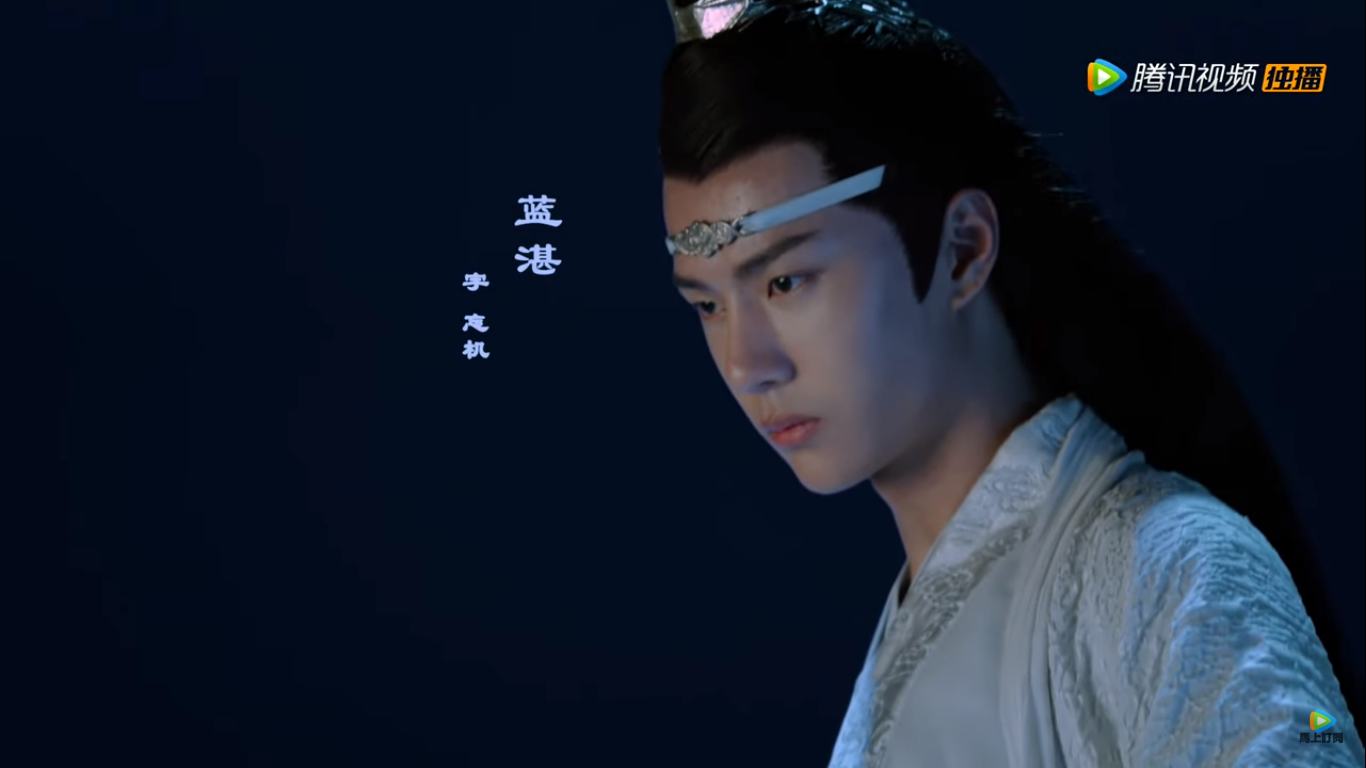 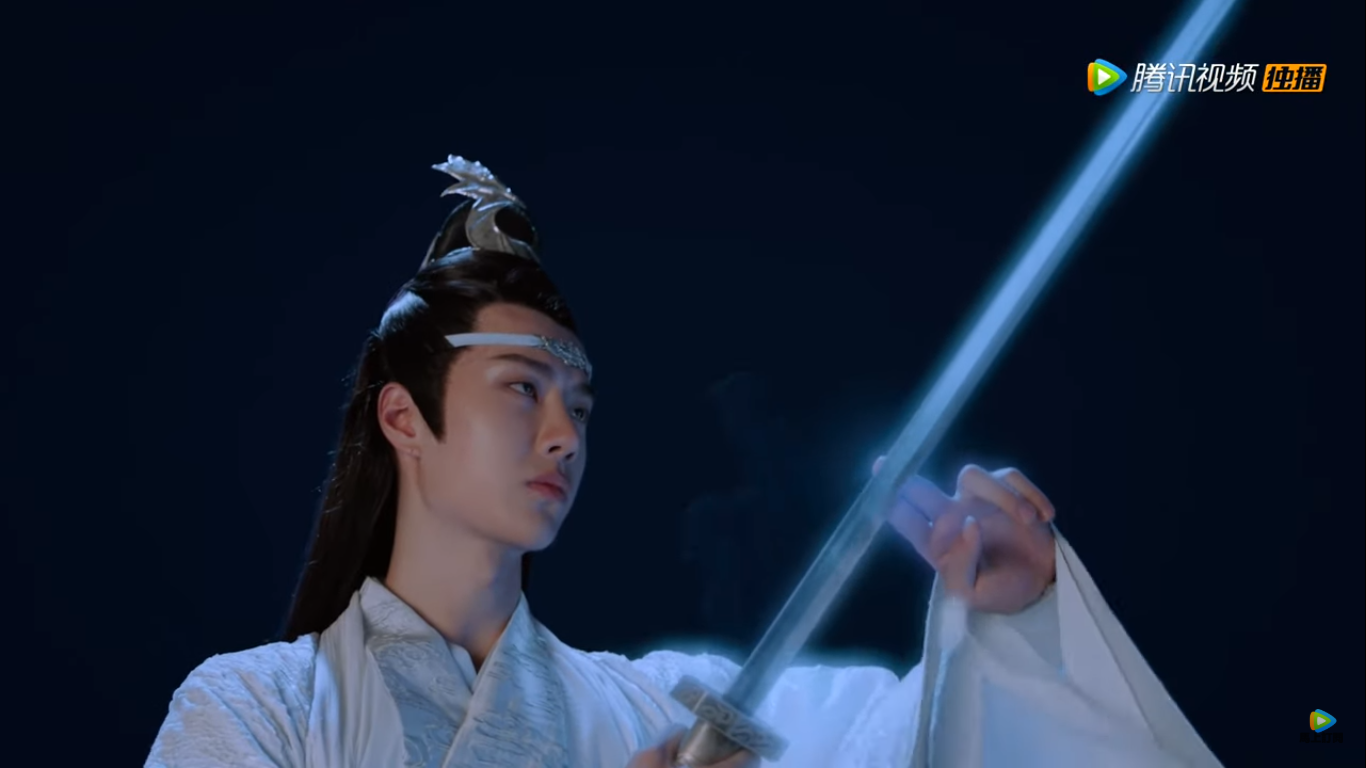 But as Lan Wang Ji explains to his juniors about the situation, Wei Wu Xian escapes. However, Lan Wang Ji notices this and tries to give chase, but is loses him. As Lan Wang Ji contemplates the strange appearance of the Stygian Tiger Amulet, he begins to ponder if Wei Wu Xian has really returned. 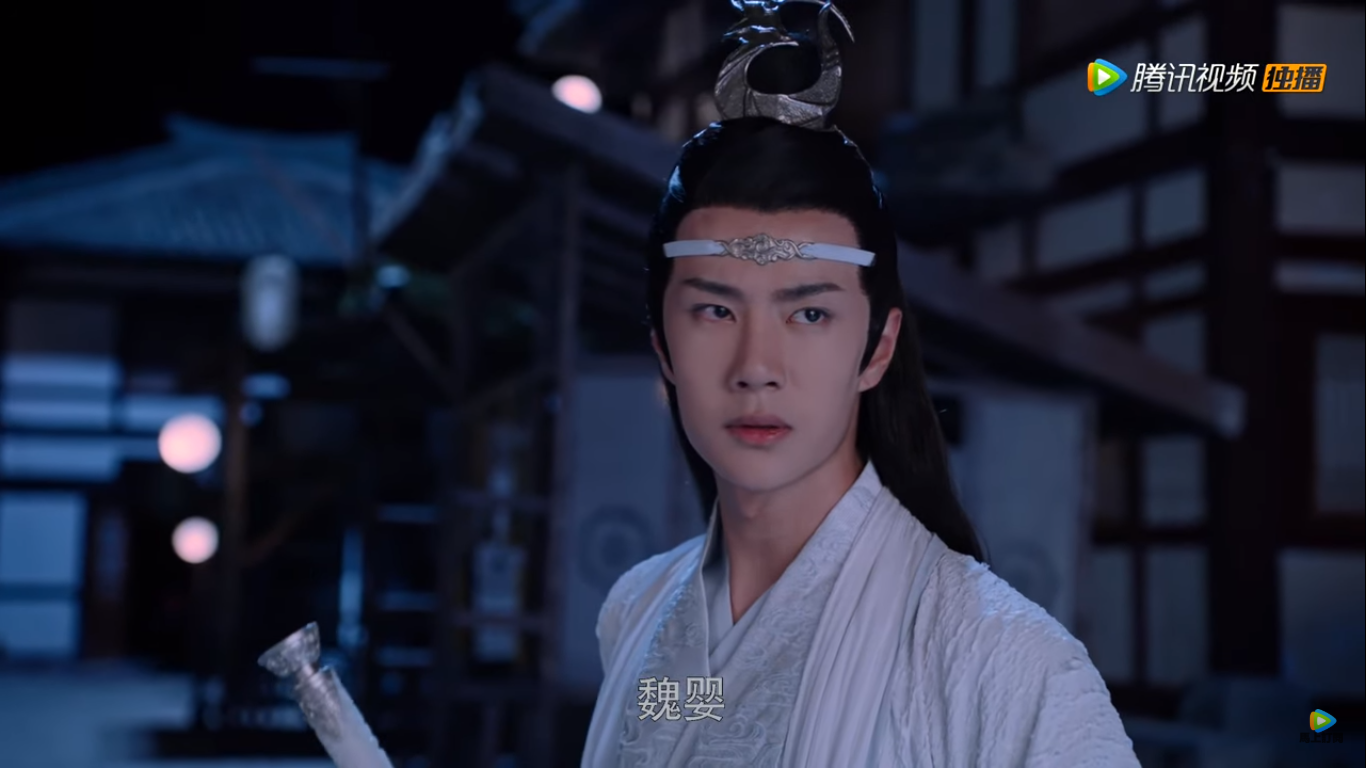 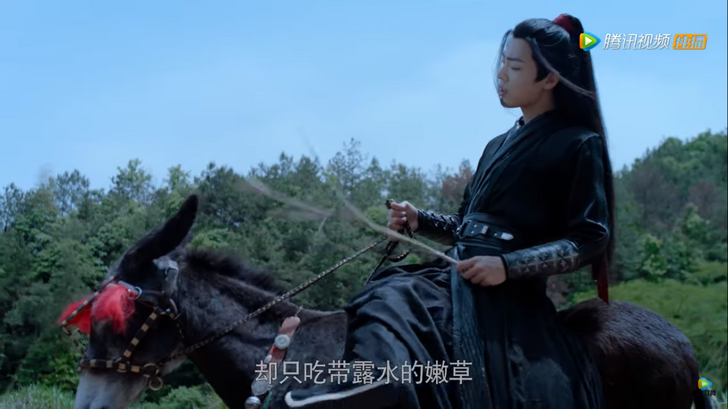 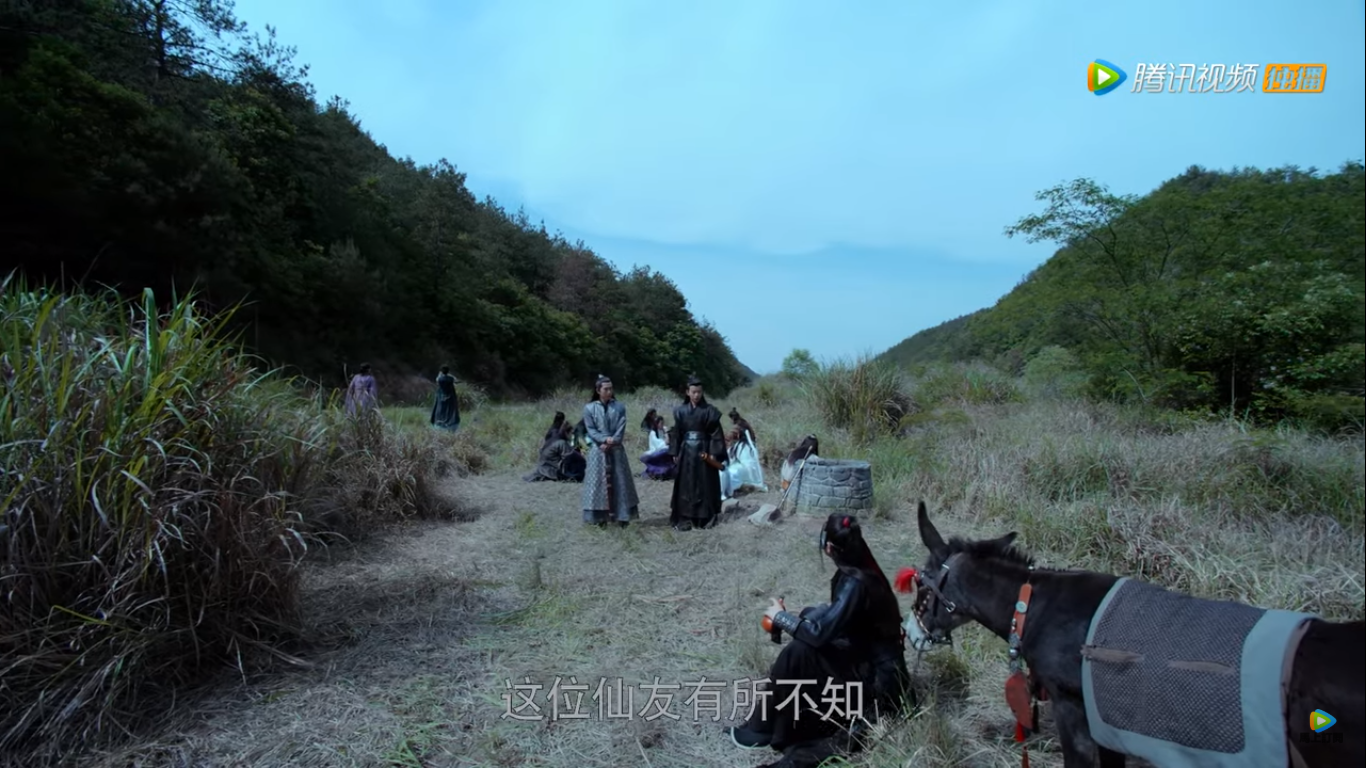 As he stops for a short break, he meets other travelers. He casually asks them if they’ve noticed any strange occurrences at the mountain and the travelers reveal to him that they are cultivators and they are there to catch an evil spirit that has been eating souls of innocent people in the area. 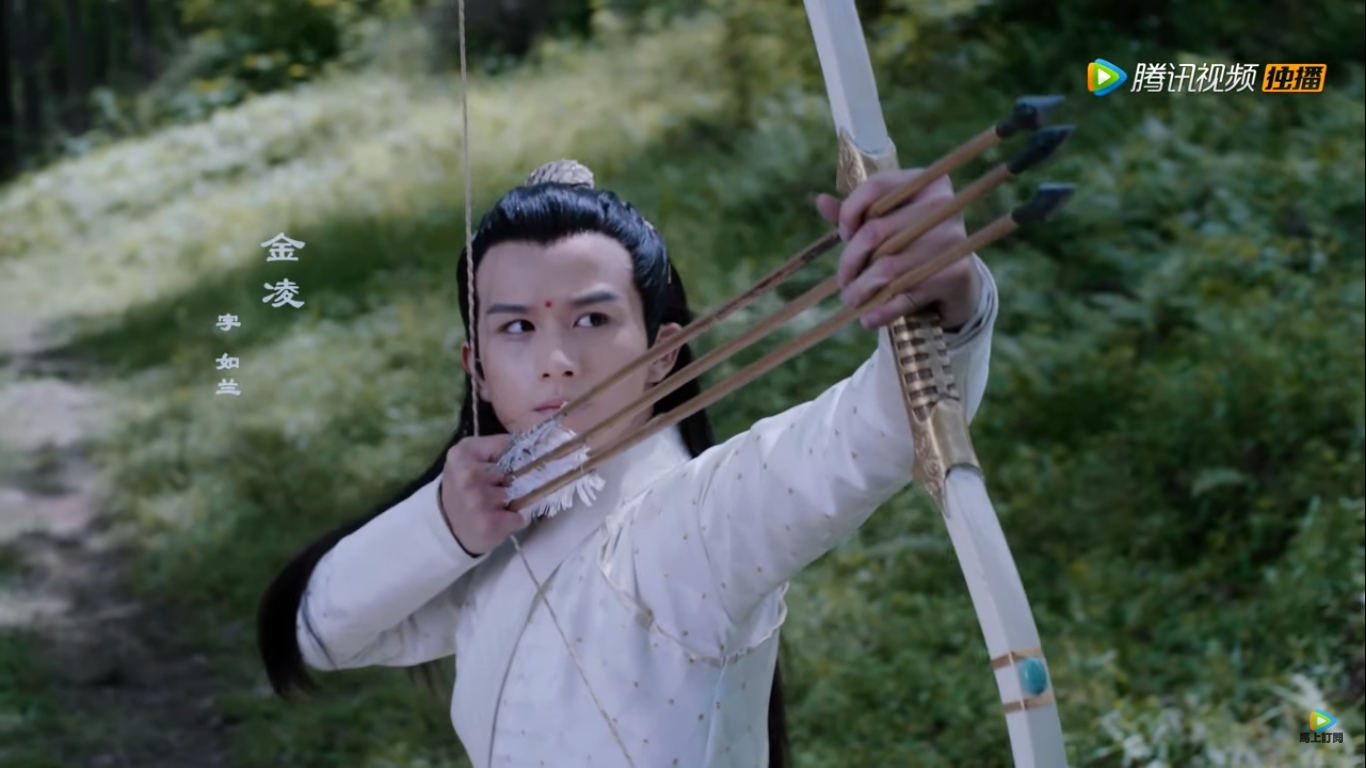 After resting for a while, Wei Wu Xian witnesses Jin Ling bullying other travelers who accidentally caught other humans in traps he had set up in the mountains to catch the soul eater. Jin Ling is angered that his traps, which are of high quality and expensive, caught them instead of the soul eater. He is reluctant to let them free and would rather let them stay trapped, so they don’t interrupt his plans. As he tries to leave, Wei Wu Xian accidentally reveals himself and Jin Ling recognizes him as Mo Xuan Yu and chides him for being expelled from their sect. Jin Ling’s mocking of Mo Xuan Yu makes Wei Wu Xian realize that Mo Xuan Yu is an illegitimate child of Jin Guang Shan (a former leader of the Lan Ling Jin Sect and father of Jin Zi Xuan). 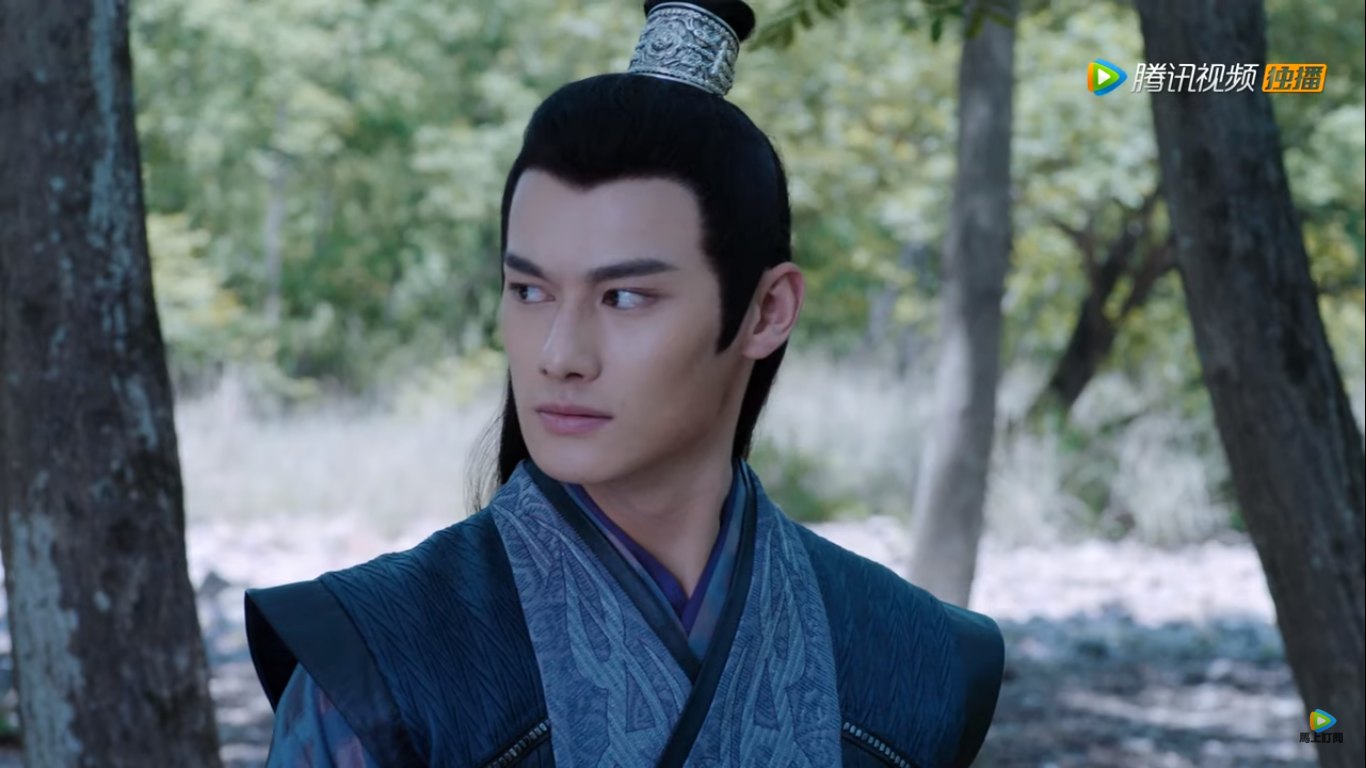 As the two bicker and Wei Wu Xian tries to teach Jin Ling a lesson, Jiang Cheng intervenes. He is unable to recognize Wei Wu Xian due to his mask and lectures Jin Ling about being reckless and wasting the traps they had set up to capture the soul eater. As he is about to confront Wei Wu Xian, they are interrupted by Lan Wang Ji and his juniors. Jiang Cheng is less than pleased to see Lan Wang Ji. With the two occupied, Wei Wu Xian uses this opportunity to hide. 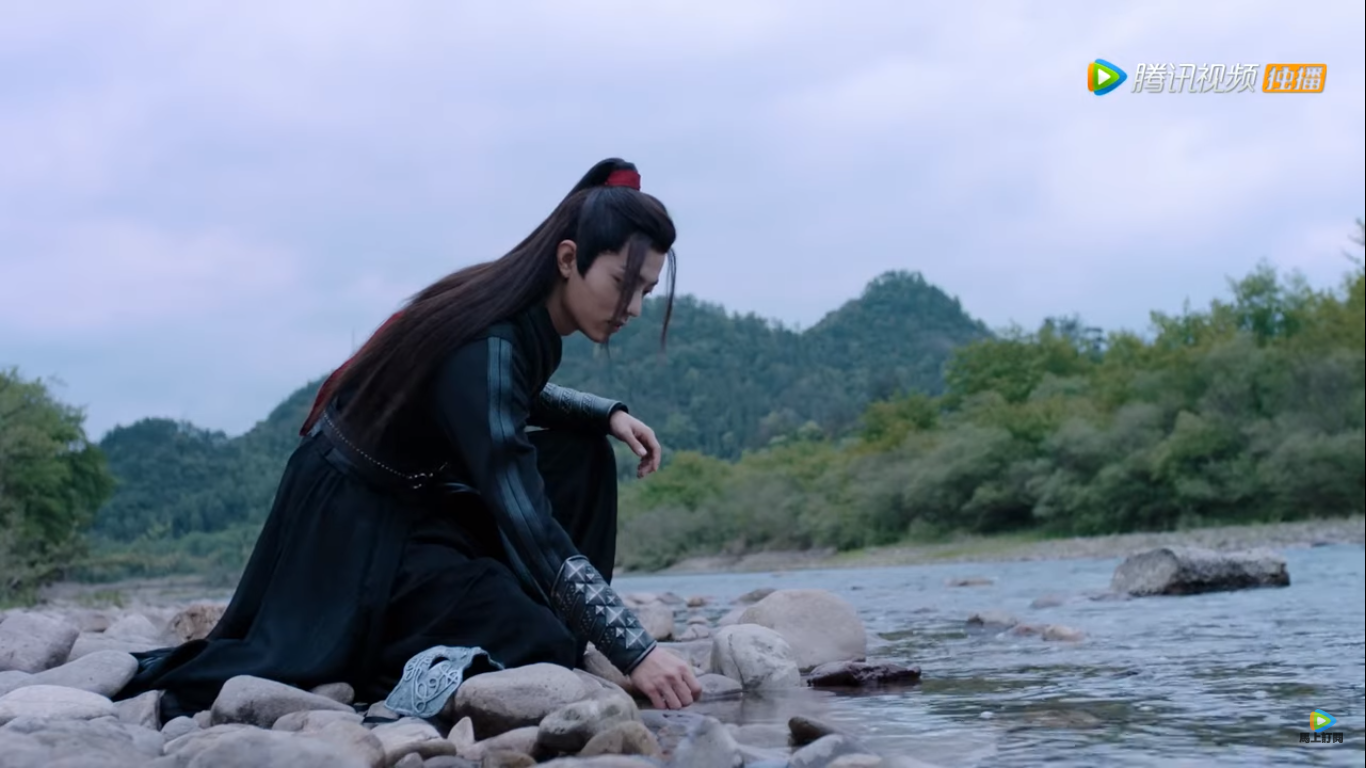 After escaping from Jiang Cheng and Lan Wang Ji, Wei Wu Xian sits by a stream and thinks back to his past with Jiang Cheng and Jiang Yan Li. He overhears a conversation between people who are passing by and realizes that Jin Ling is the son of Jiang Yan Li. He feels regret for insulting Jin Ling for not having been taught properly by his parents and scolds himself for being the one for causing Jin Ling to not have a family. 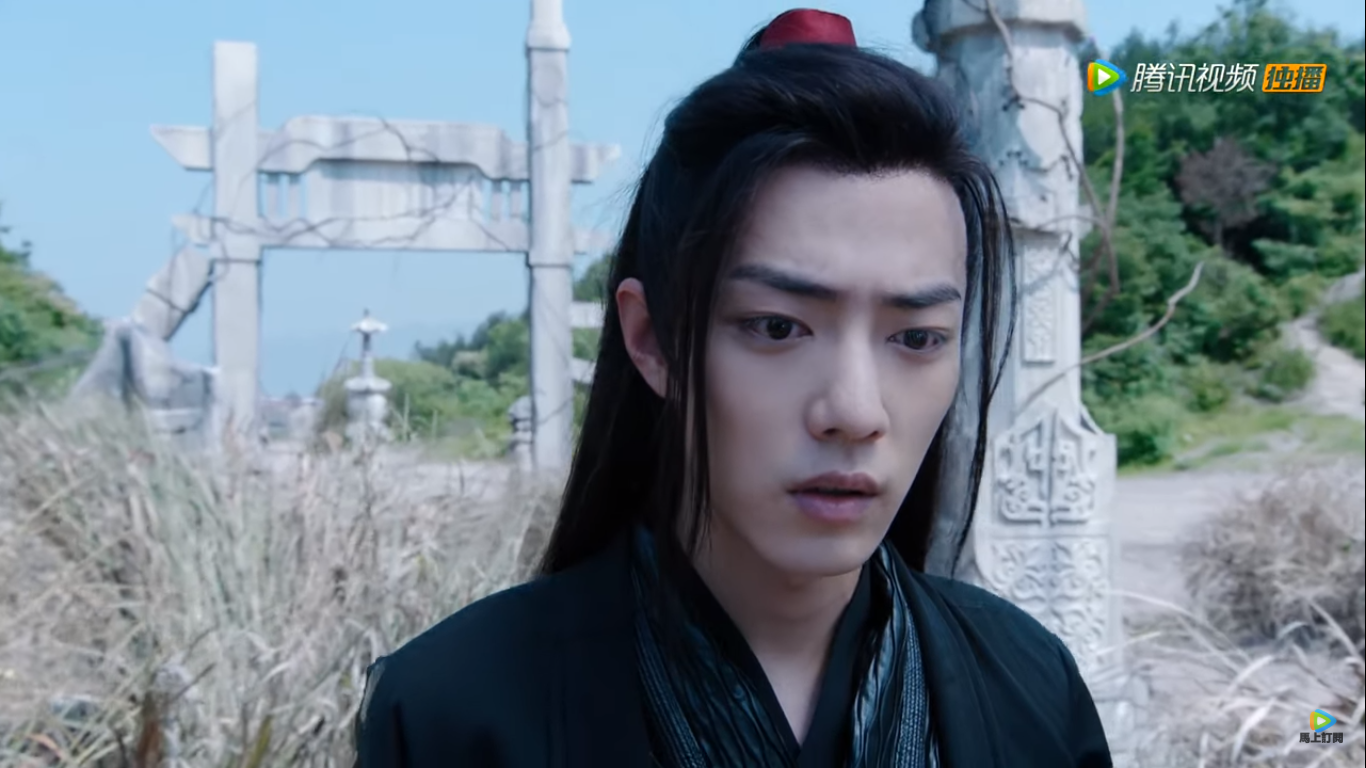 Later on, Lan Si Zhui leads the Gusu Lan Sect disciples and Jin Ling leads the Yunmeng Jiang Sect disciples into a hidden tomb where they see a statue of a Heavenly Woman. At the same time, Wei Wu Xian also stumbles upon the same site and remembers that the place is a tomb for the Wen Clan and a dangerous place from his past. 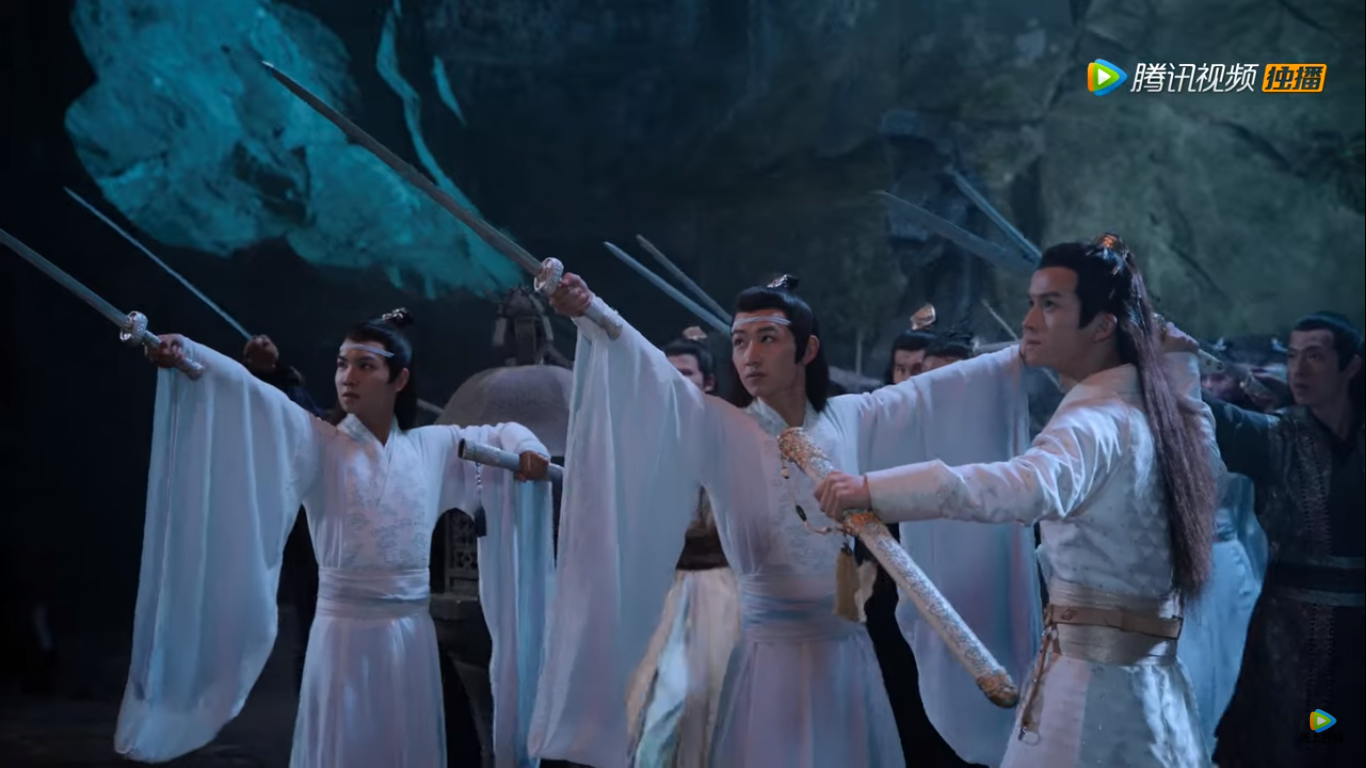 He immediately rushes inside to save the young disciples who were about to be engaged in a fight with the Heavenly Woman Statue. Wei Wu Xian is able to temporarily immobilize the statue and help them escape. 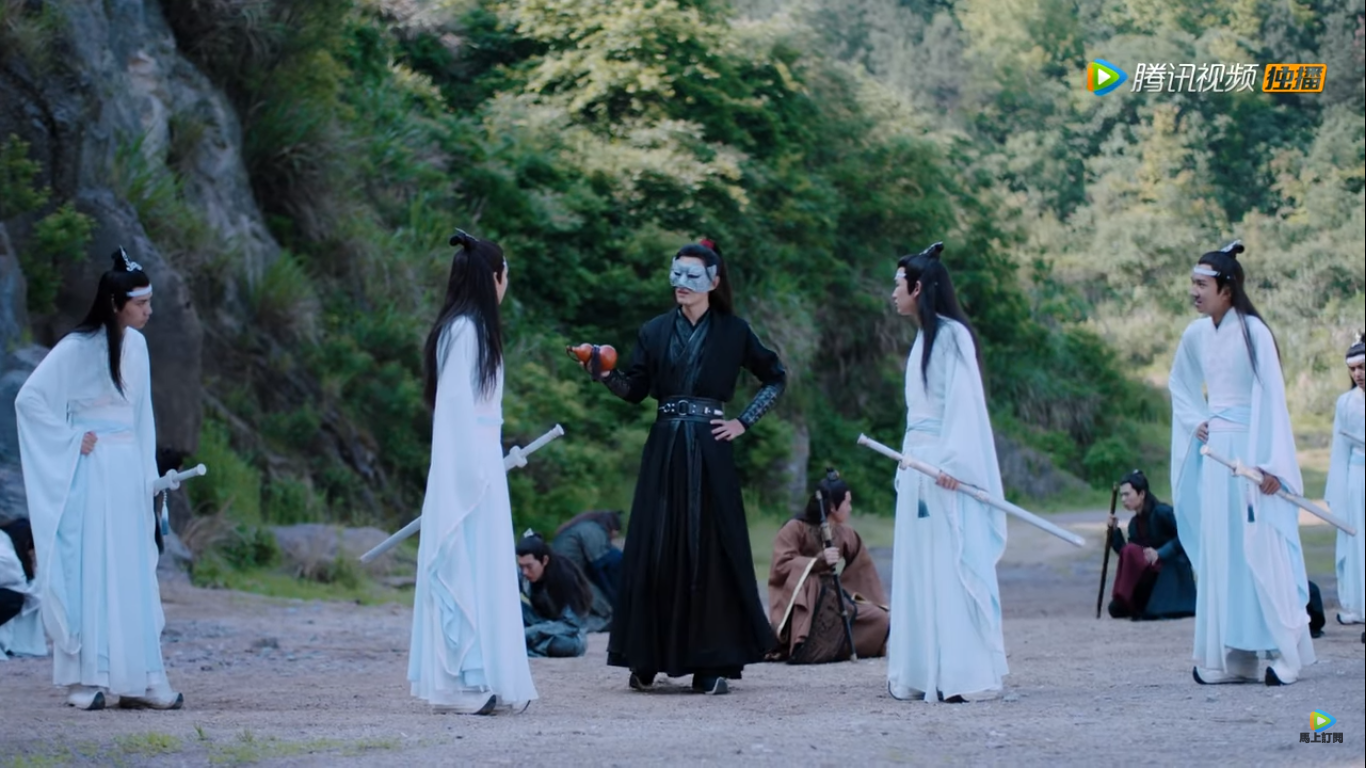 As they escape, Wei Wu Xian lectures the young disciples for their lack of intelligence. But the conversation is cut short when the Heavenly Woman Statue catches up to them. Jin Ling is the first to rush forward to fight against it. 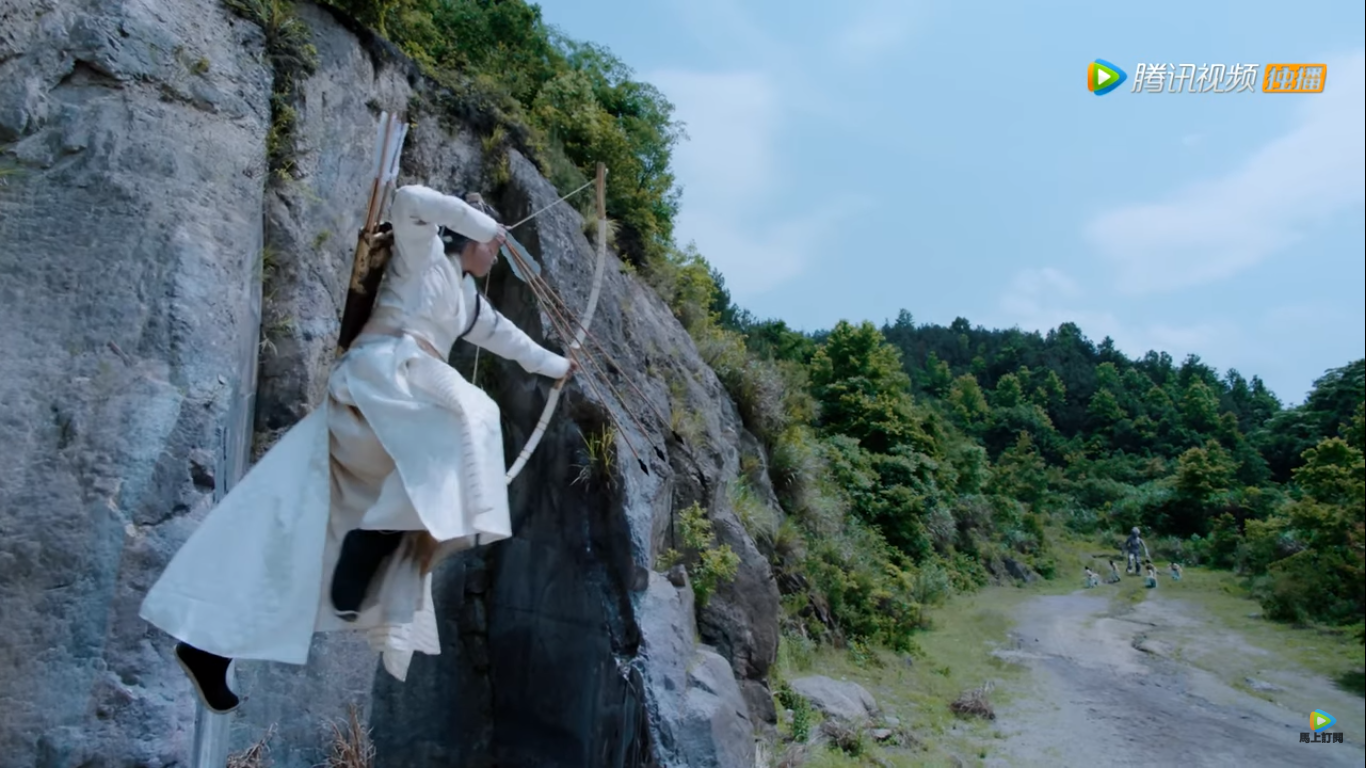 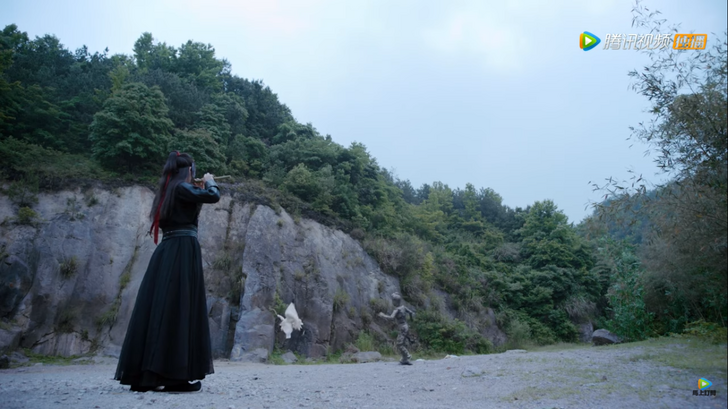 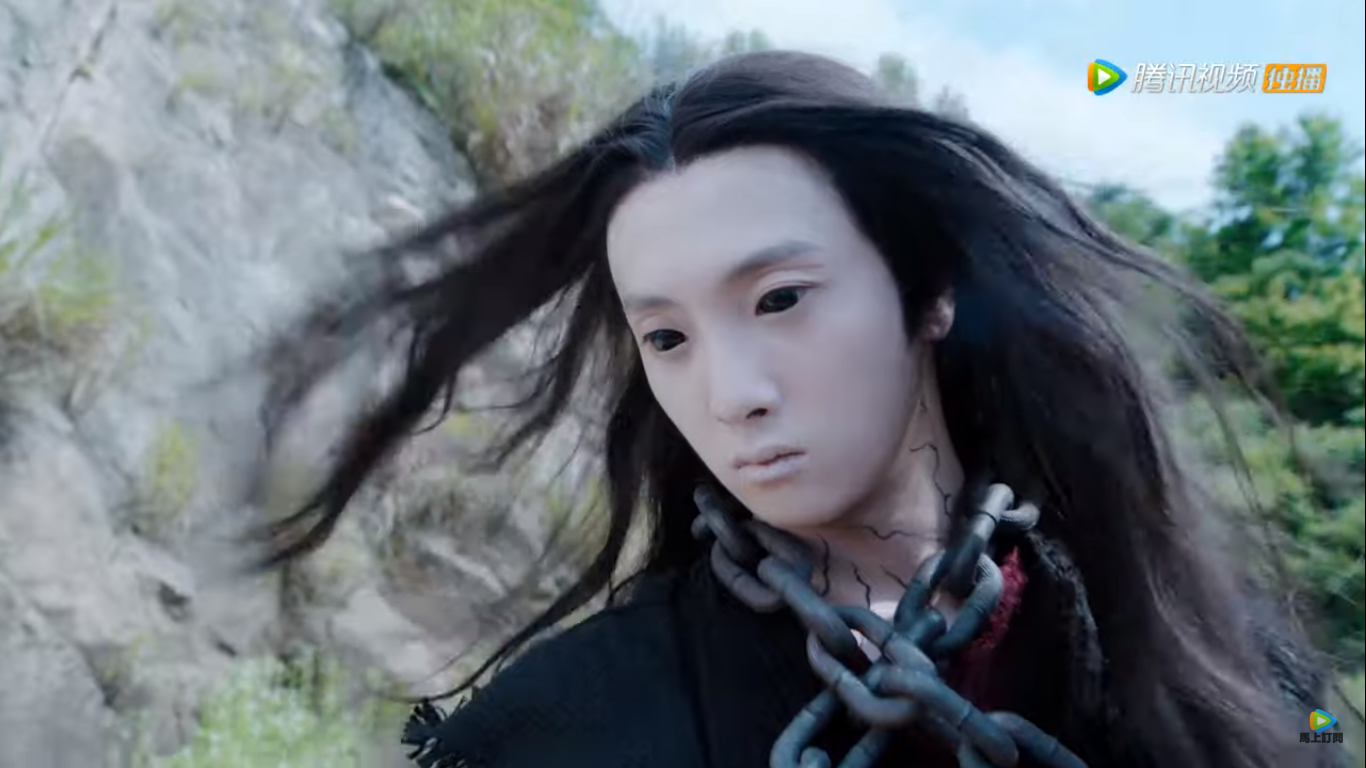 With everyone engaged in battle against the statue, Wei Wu Xian stands aside and plays a bamboo flute he quickly created from a nearby bamboo tree to try to ward off the statue. However, he unintentionally summons the Ghost General, Wen Ning. With Wen Ning’s appearance, he easily destroys the Heavenly Woman Statue. However, his appearance shocks everyone, even Wei Wu Xian, who all believed him to be dead. With the Heavenly Woman Statue gone, the disciples point their swords towards Wen Ning. But Wei Wu Xian plays his flute again and Wen Ning is able to escape. 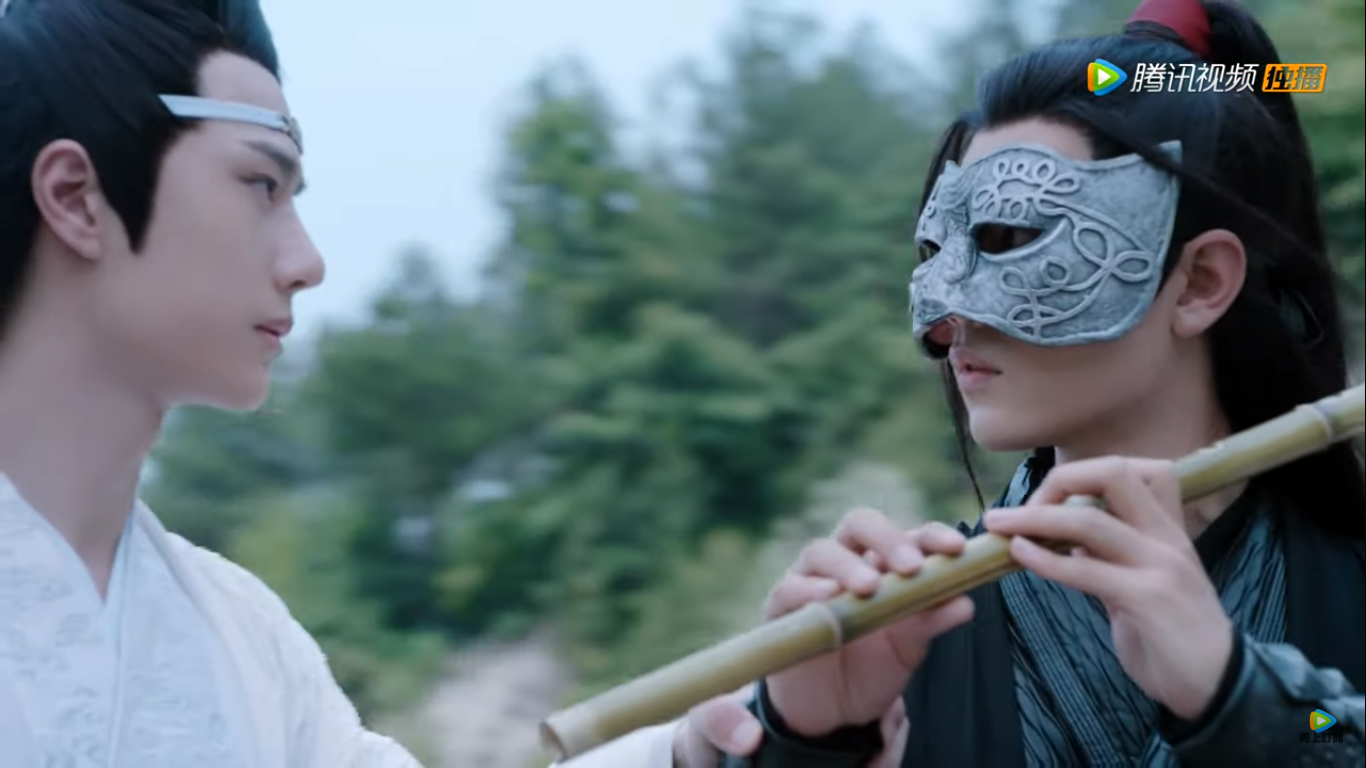 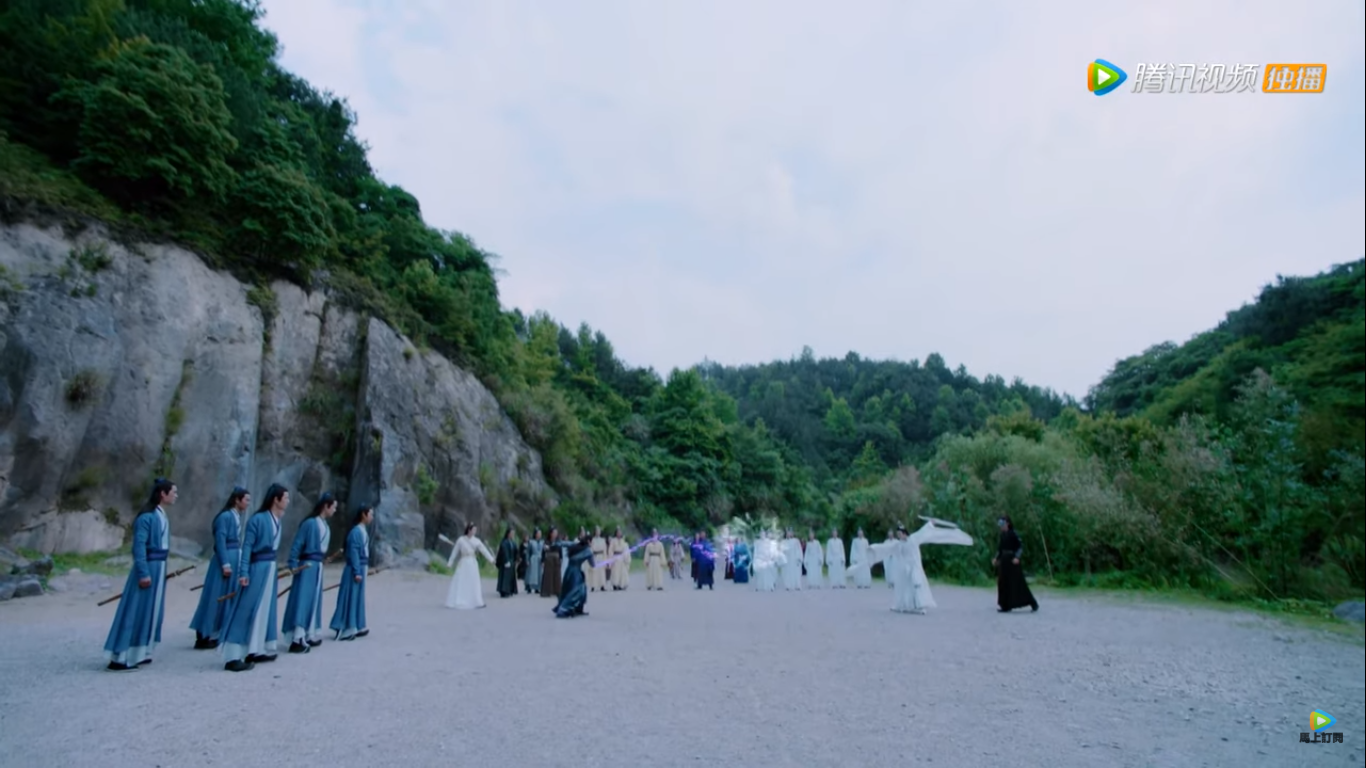 This causes Jiang Cheng to be angered and realize that Wei Wu Xian has returned and he immediately starts attacking him. But Jiang Cheng’s attacks are blocked by Lan Wang Ji who uses his zither to stop his attacks. 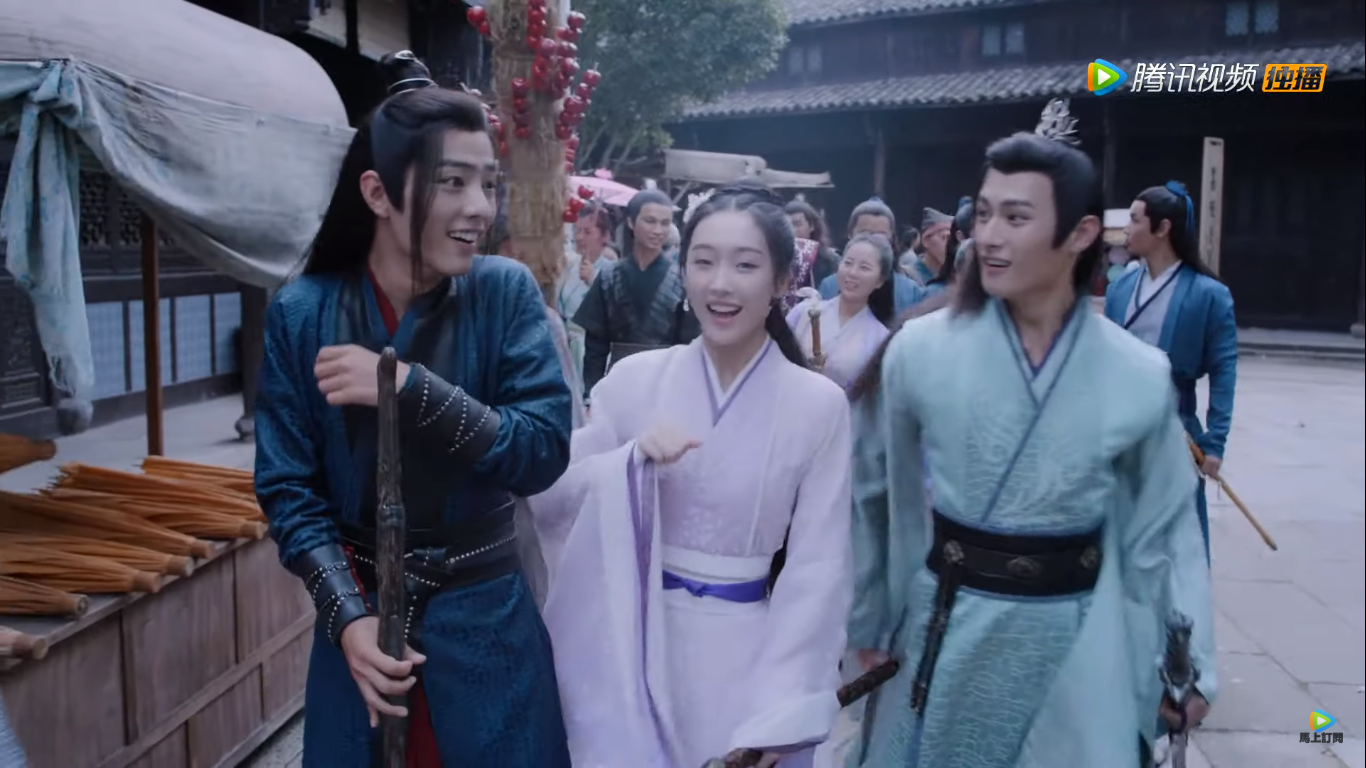 Whilst Jiang Cheng and Lan Wang Ji fight off against each other, Wei Wu Xian watches and ponders back to the time 16 years ago when everything was perfect, and he was still a disciple in the Yunmeng Jiang Sect alongside Jiang Cheng and Jiang Yan Li.