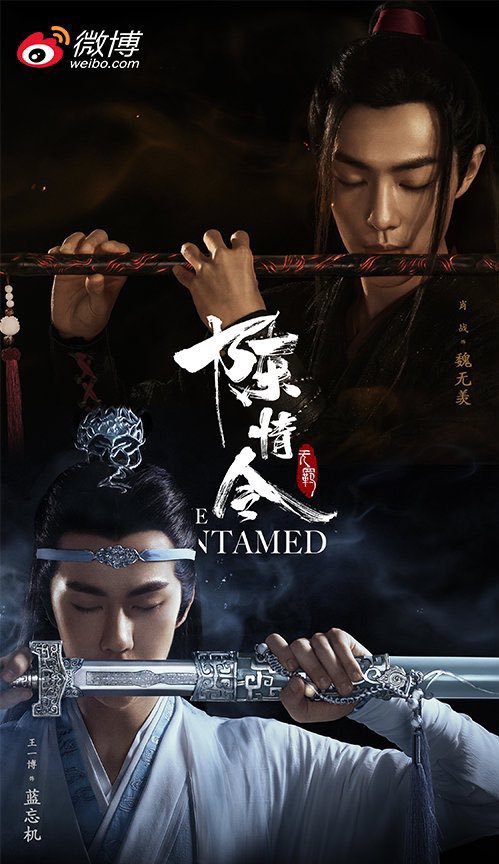 I haven’t seen the animation (donghua) or read the novel, so I can’t give any details or opinions regarding comparing them to the drama. But I can say that drama isn’t as bad, and I’m liking it! I especially am fond of Xiao Zhan’s acting and his portrayal of Wei Wu Xian! 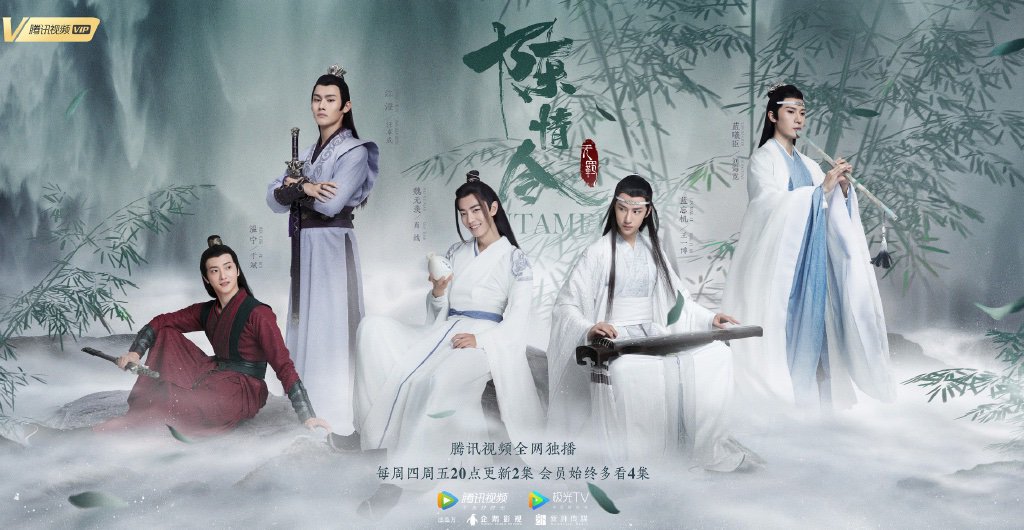 No particular reason. I just like to watch fantasy wuxia dramas!

In a chaotic fight for the Stygian Tiger Seal, Wei Wu Xian watches in anguish as he sees his comrades and enemies fight each other for the sake of power. 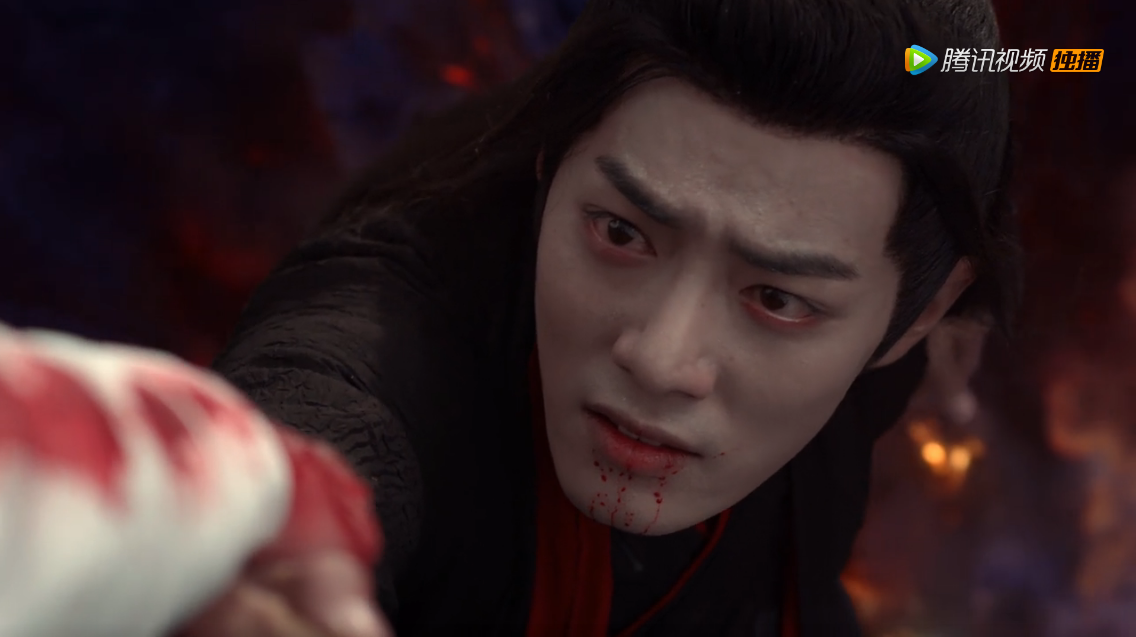 And, left with no choice, he decides to commit suicide and falls off the cliff to his dead. But as he falls off, he hand is caught by his good friend, Lan Wang Ji. Wei Wu Xian tells Lan Wang Ji to let him go, but the other refuses and tries to pull him up. 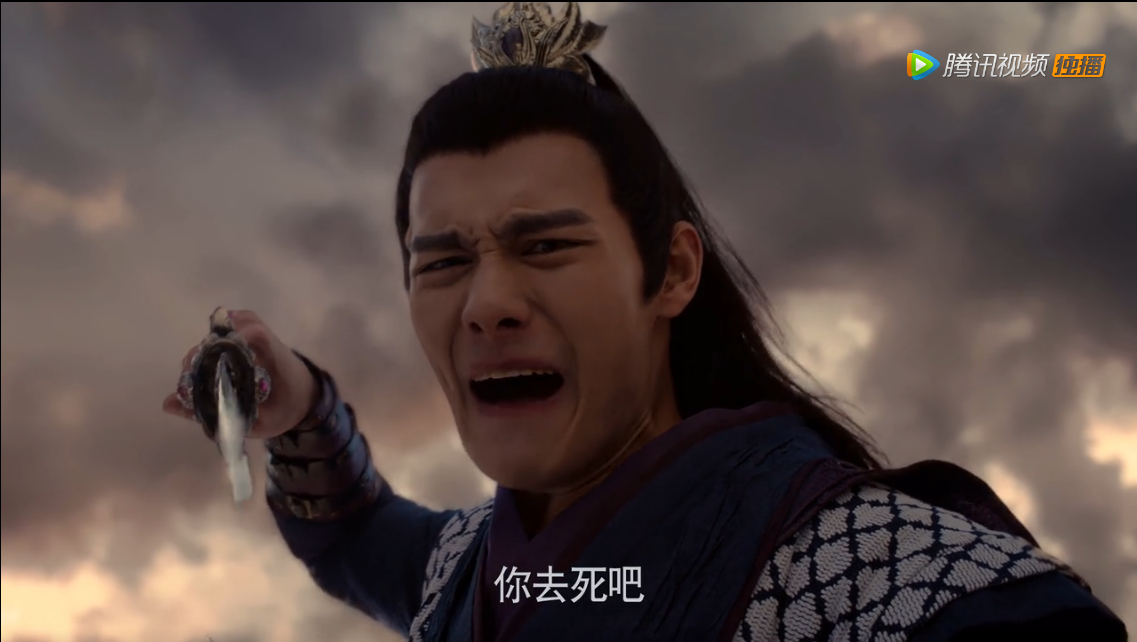 But while this is happening, Jiang Cheng creeps up behind them and unsheathes his sword to kill Wei Wu Xian. Despite his conflicting feelings to do this to his good brother, Jiang Cheng makes the final blow towards Wei Wu Xian, which effectively forces Lan Wang Ji release Wei Wu Xian’s hands and gets him to fall to his death.

Wei Wu Xian wakes up in the body of Mo Xuan Yu who has sacrificed his soul to summon him into his body so that he can help him get his revenge against his aunt and her family. Wei Wu Xian reluctantly decides to help Mo Xuan Yu with his revenge. But, instead, he ends up helping with solving a mystery that involves the Mo family along with younger disciples from the Lan Sect. 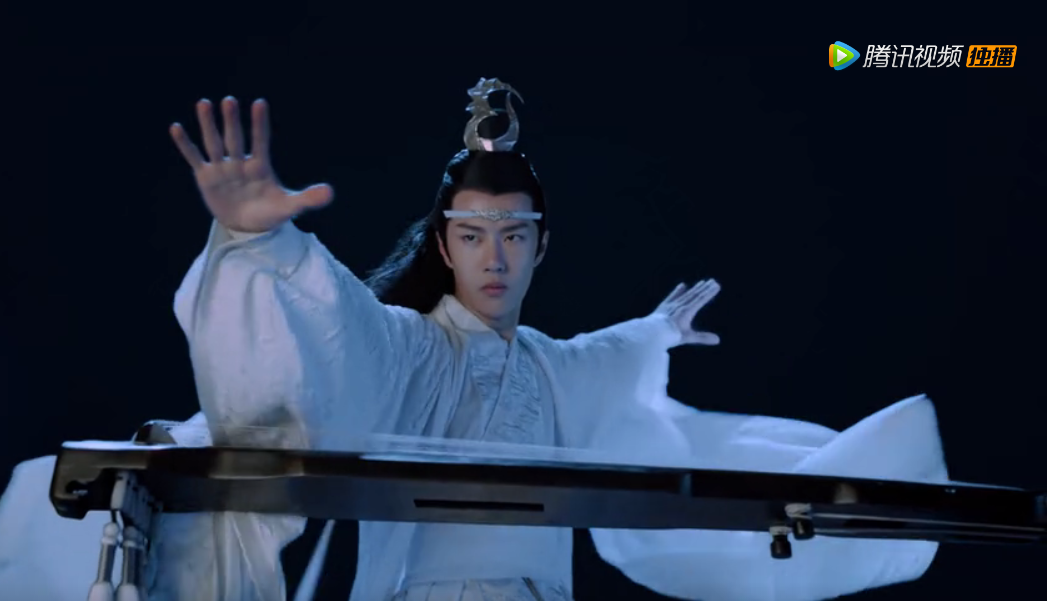 It turns out that the Mo family is affected by some remnants of the Stygian Tiger Seal, and the help of Lan Wang Ji is needed. Despite Wei Wu Xian’s insistence that he can solve the problem himself, the disciples send a signal to Lan Wang Ji and he shows up later to help them. But as Lan Wang Ji notices Wei Wu Xian, he escapes….

And that’s a wrap! After this short subplot, pretty much it begins to flashback to 16 years prior (again!). And then it starts off when Wei Wu Xian and Lan Wang Ji first met. And, that’s when things start to become clearer. 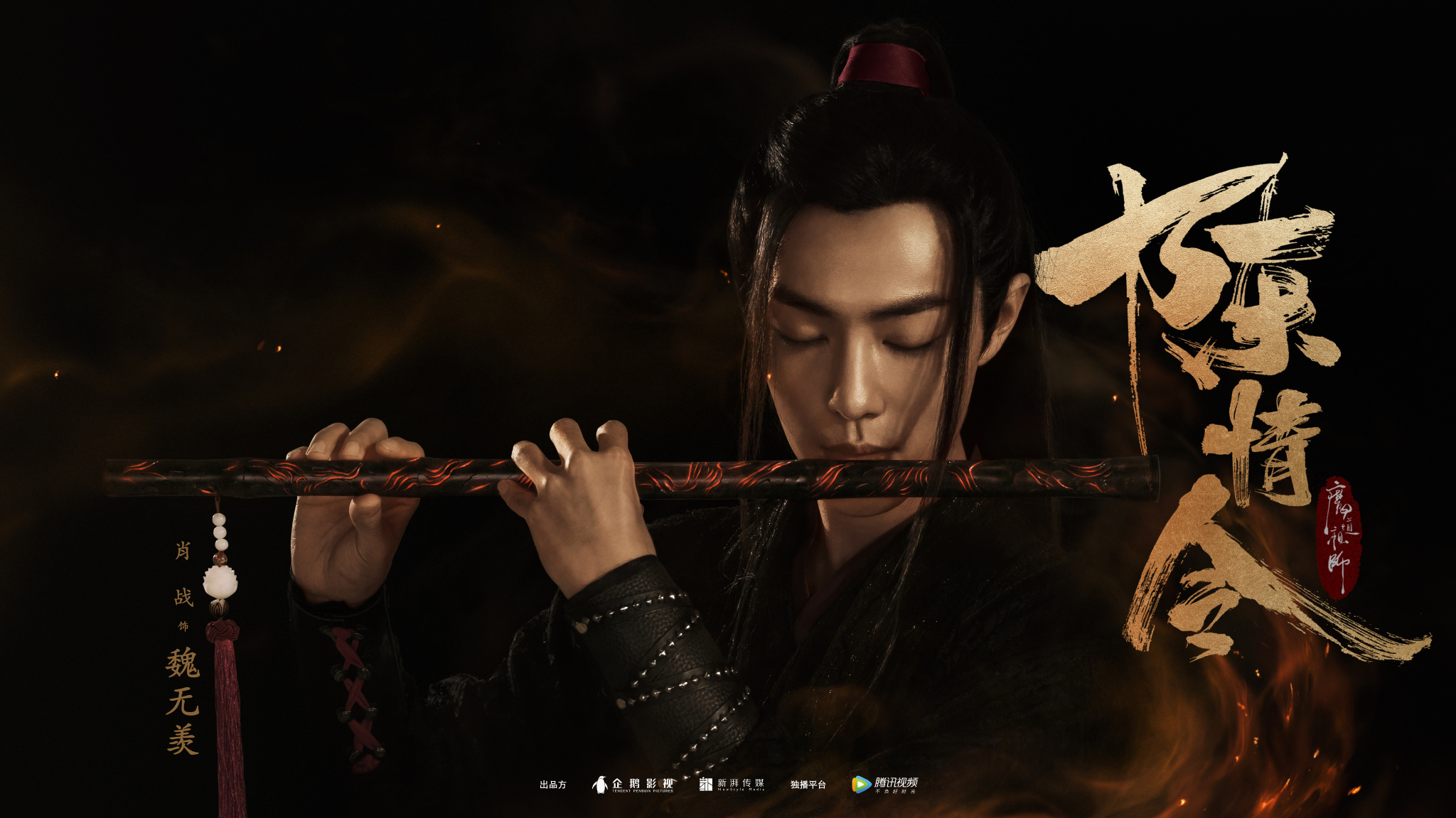 Wei Wu Xian (魏无羡), Xiao Zhan
Courtesy name Wei Ying (魏婴). He was raised alongside Jiang Cheng and Jiang Yan Li after his parents died. He has a carefree and playful personality and is always getting himself into trouble. Despite his lack of interest in studying, he is actually very smart and capable. He takes an interest in Lan Wang Ji’s cold and strict personality and finds him to be interesting and always ends up to clinging onto him. 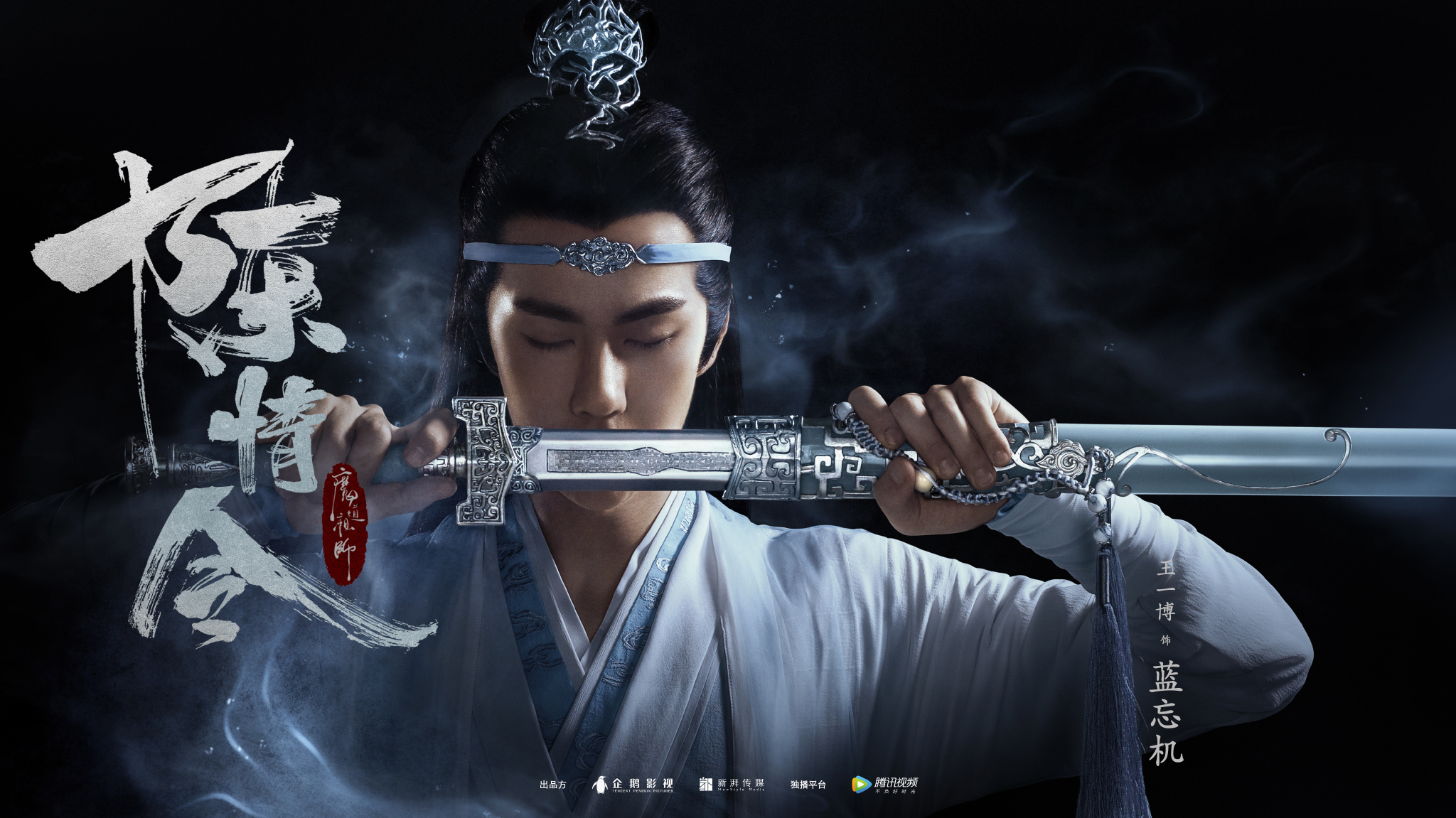 Lan Wang Ji (蓝忘机), Wang Yi Bo
Courtesy name Lan Zhan (蓝湛). He is one of the Two Jades of Lan and the younger brother to Lan Xi Chen. He is a strict person and always abides by the rules. Because of this, he finds himself butting heads with Wei Wu Xian a lot. But he finds himself drawn towards Wei Wu Xian’s carefree personality. 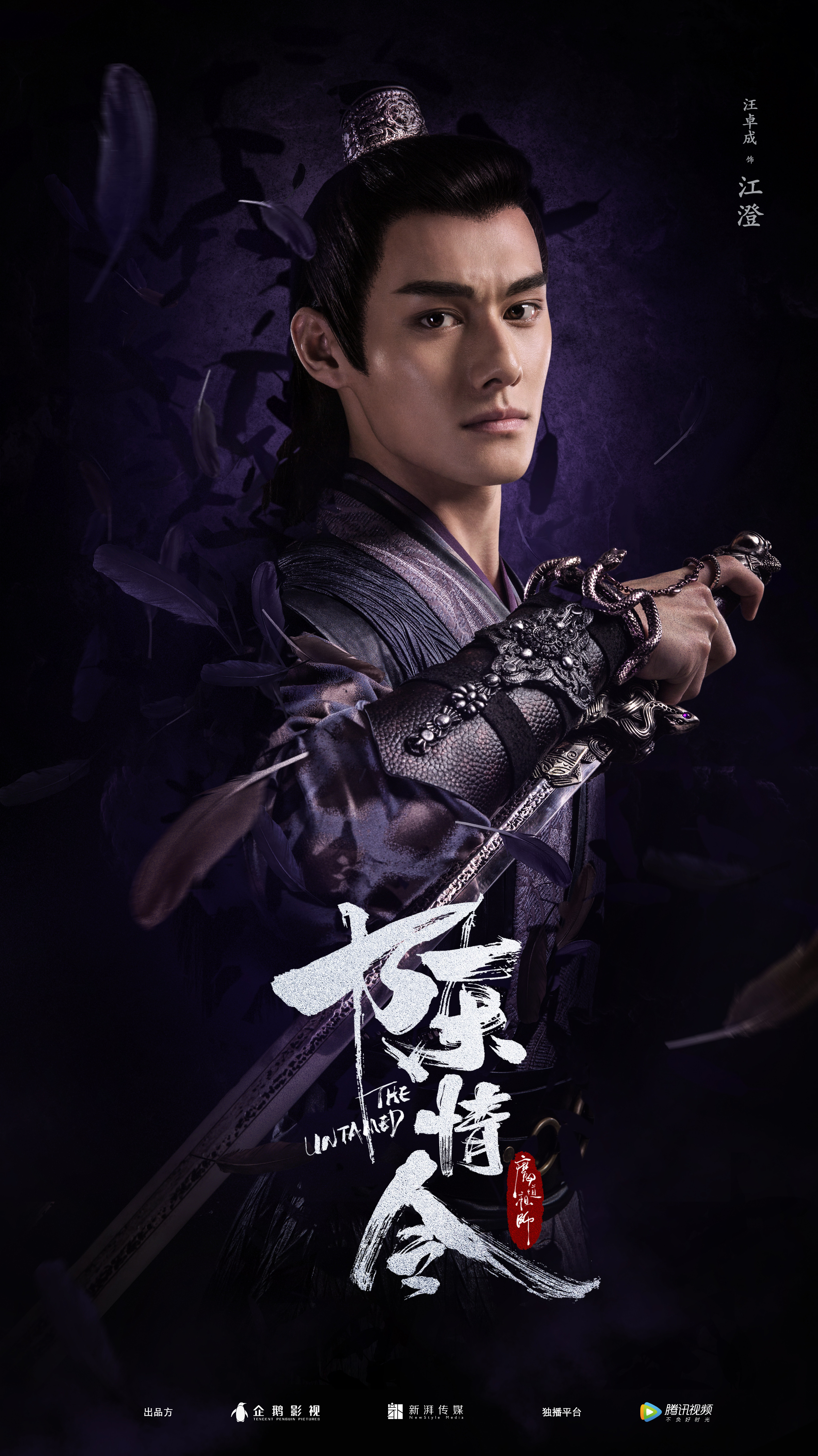 Jiang Cheng (江澄), Wang Zhuo Cheng
Jiang Yan Li’s younger brother and son of Jiang Feng Mian. Although a disciplined man, he has a hot temper. He gets especially annoyed by Wei Wu Xian’s silly antics. But even though Wei Wu Xian’s playfulness annoys him, he cares deeply for him and treats him as his own brother. 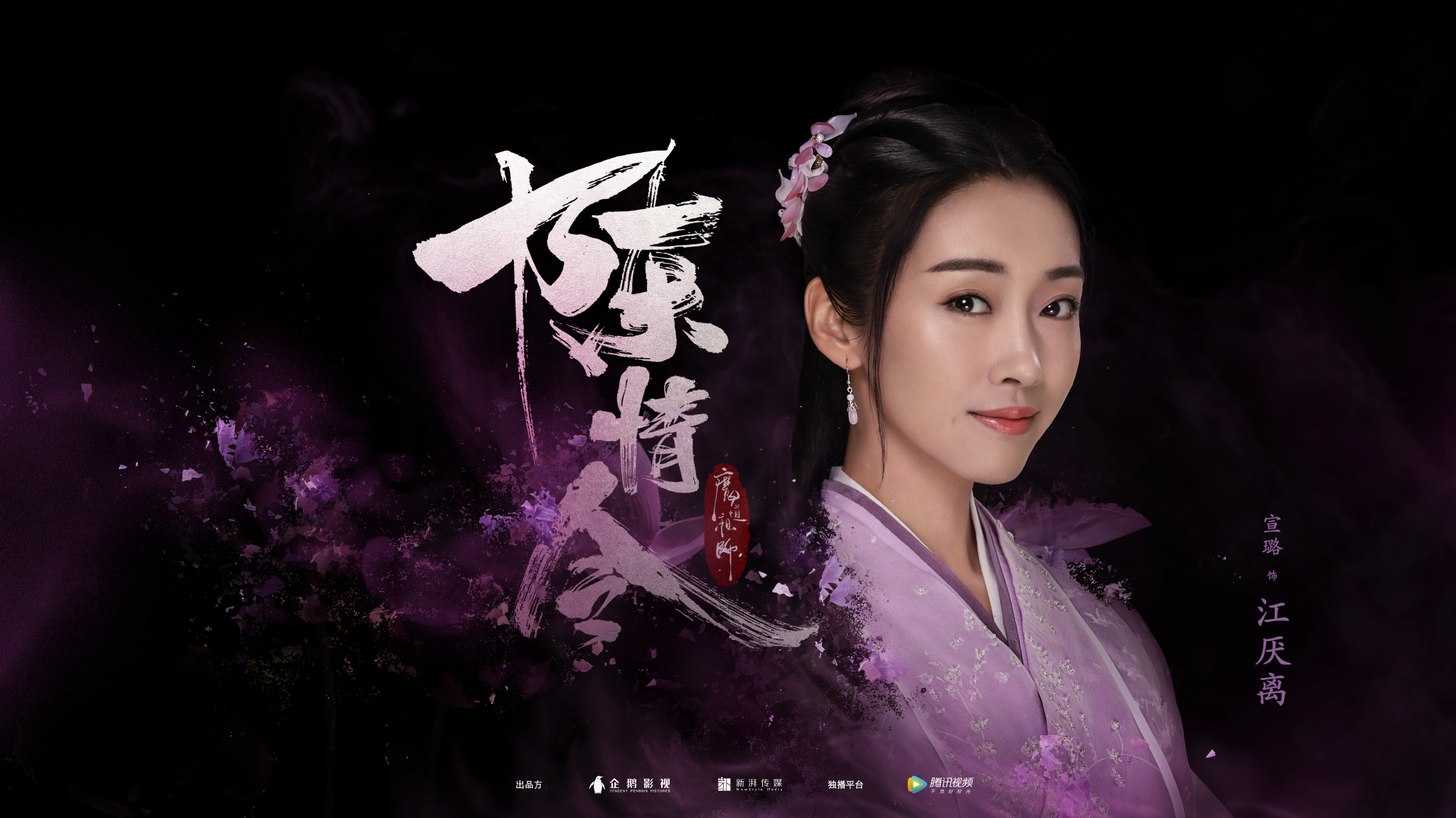 Jiang Yan Li (江厌离), Xuan Lu
Jiang Cheng’s older sister and daughter of Jiang Feng Mian. She is Wei Wu Xie’s shi-jie and he treats her as his older sister. She has a gentle and kind personality and she cares a lot for her two younger brothers. Even though many people don’t like Wei Wu Xian, she always stands up for him and protects him. 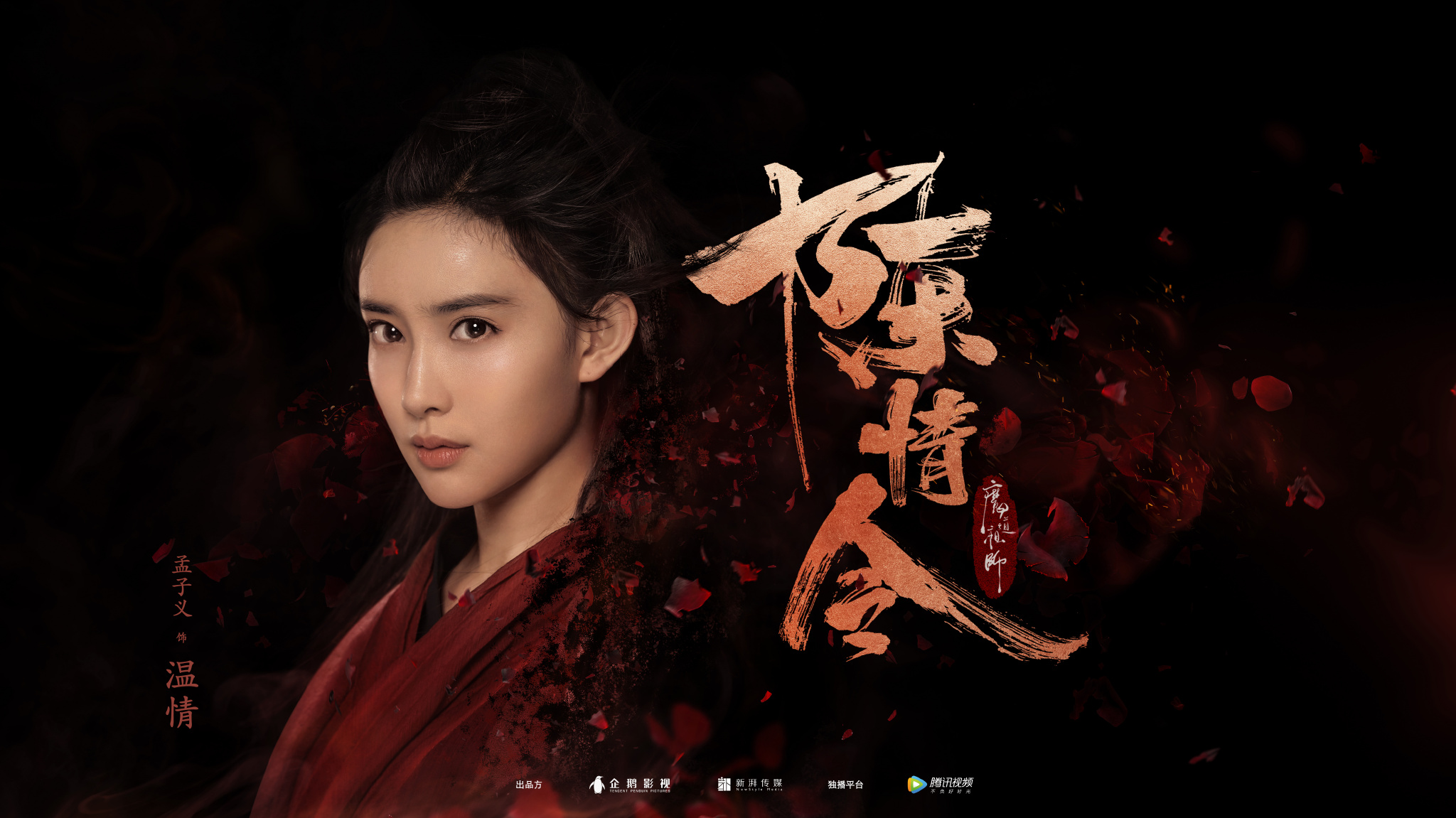 Wen Qing (温情), Zoey Meng Zi Yi
A member of the Wen clan. She is a skilled doctor. She appears to be a cold and indifferent person, but she cares deeply for her younger brother, Wen Ning, and prioritizes his safety above everything else. She is tasked by Wen Ruo Han to find the Stygian Tiger Seal. 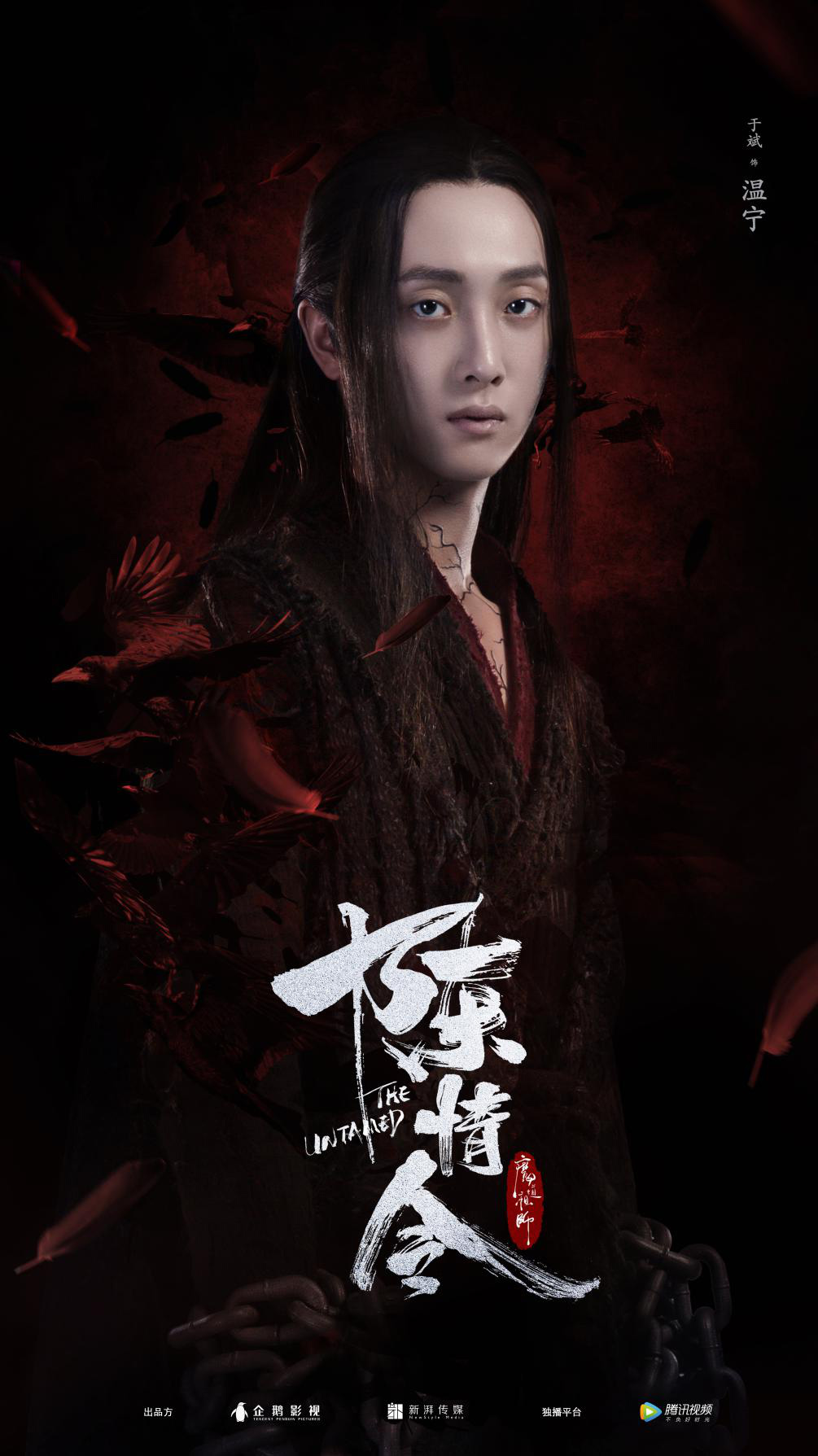 Wen Ning (温宁), Yu Bin
A member of the Wen clan and Wen Qing’s younger brother. He is a shy and timid person who is weak because of his mysterious illness. Because of this, Wen Qing is overly protective of him and always tells him to keep a low profile. He starts to idolize and befriend Wei Wu Xian when he helps him with his archery skills. 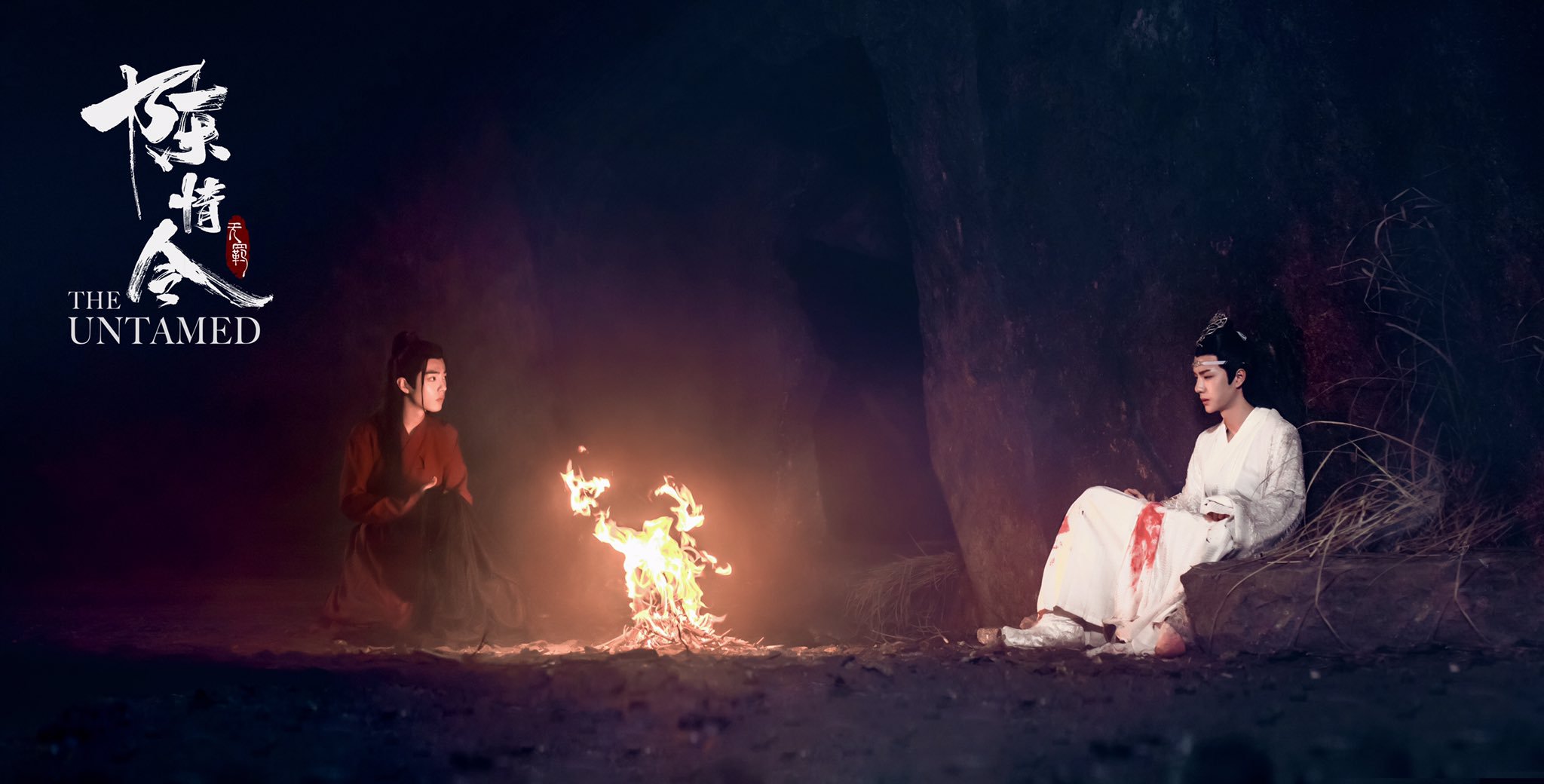 I had read many comments and posts about how fans of the novel weren’t too happy about the casting and the major changes that the production had to change and omit due to the strict regulations of China. And, of course, the most prominent change was the love storyline between the two main characters, Wei Wu Xian and Lan Wang Ji. The Chinese government is really strict with its entertainment laws and many, many dramas are being blacklisted due to its inappropriate content. So, in order for this drama to air and pass the regulations, the homosexual parts had to be changed. Personally, I feel like this is soooooooo ridiculous. It’s sad to see that a good story with a perfectly fine plot had to change due to literally personal “preference” and “uncomfortableness”. Anyway, I’ll try not to go into too much detail about how I’m unsatisfied with this part and really dive into the drama itself. 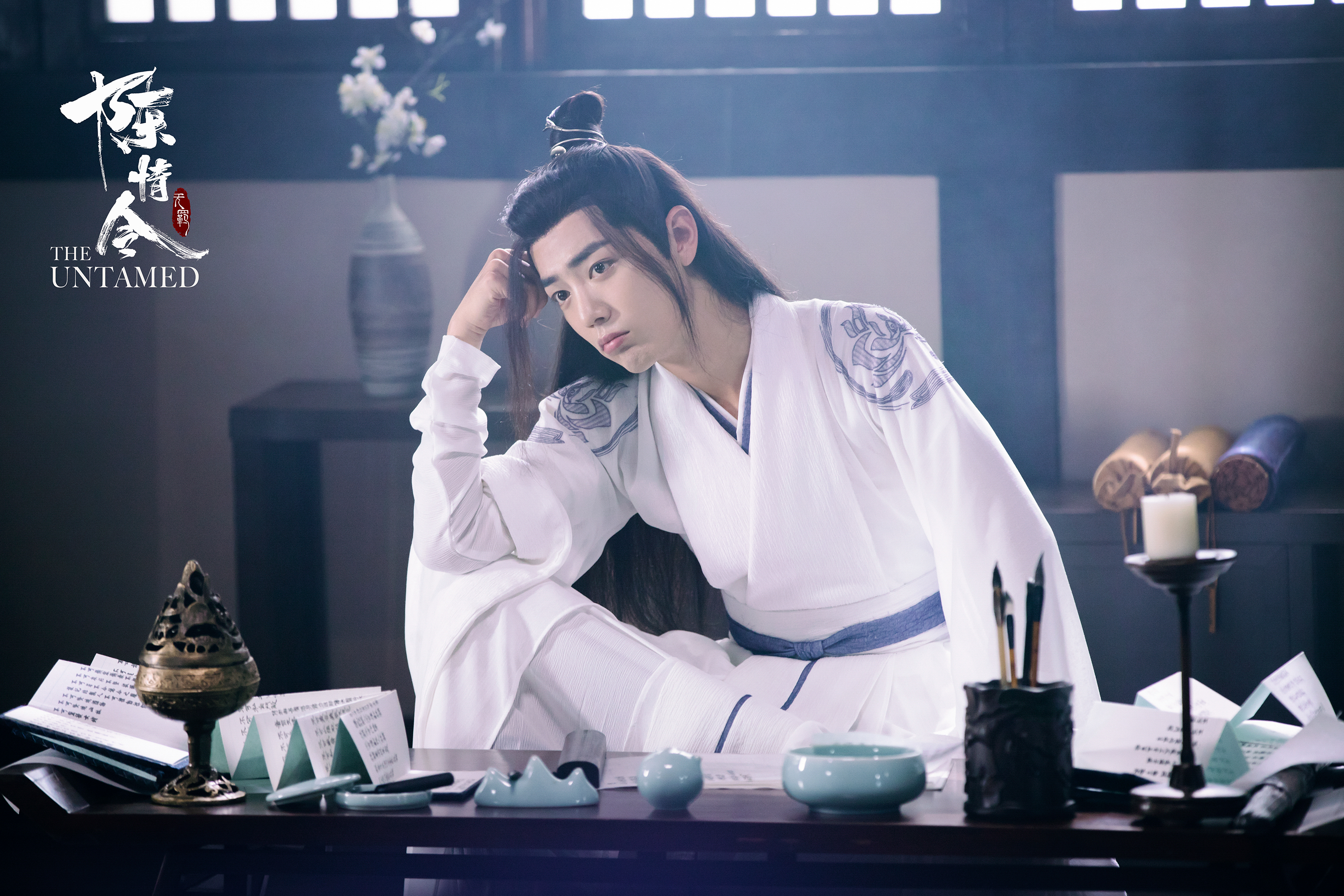 So… I actually really like the drama. I think the major reason why is because of Wei Wu Xian. I love his easygoing and playful personality. It’s hilarious and always keeps me laughing. For example, when Lan Wang Ji asks him about the name of his sword, Wei Wu Xian casually answers “Suibian”, which literally means whatever. Obviously, Lan Wang Ji thinks Wei Wu Xian is teasing him and is about to lash out at him, but Wei Wu Xian quickly explains himself and resolves the misunderstanding. This scene was hilarious for me because Wei Wu Xian is such a quirky guy and I just love that he defies all rules and gives his sword a name that really reflects his personality and outlook in life. Anyway, in my opinion, I think Xiao Zhan’s portrayal of Wei Wu Xian is perfect. He is able to bring out the mischievous and playful personality of Wei Wu Xian very well. In all of the scenes where Wei Wu Xian was causing trouble or really just being naughty were fun to watch. And it was all because of Xiao Zhan’s great acting. He really suits the role of Wei Wu Xian. Despite being new to acting, he really did a good job. I like him as Wei Wu Xian. And I think that whoever casted him in this role did a good job.

On the other hand, Wang Yi Bo’s Lan Wang Ji isn’t really doing it for me. The more I watch, the more I’m becoming accepting of his role and character. But I still think his acting is very stiff. I know that Lan Wang Ji is a stoic character. And Wang Yi Bo’s looks are perfect for a character like that, but, for some reason, I still can’t really get into him… yet. Hopefully, as the story gets going, I’ll start to like his character more. But for now, Wei Wu Xian is the one that’s really helping me make it through the drama. 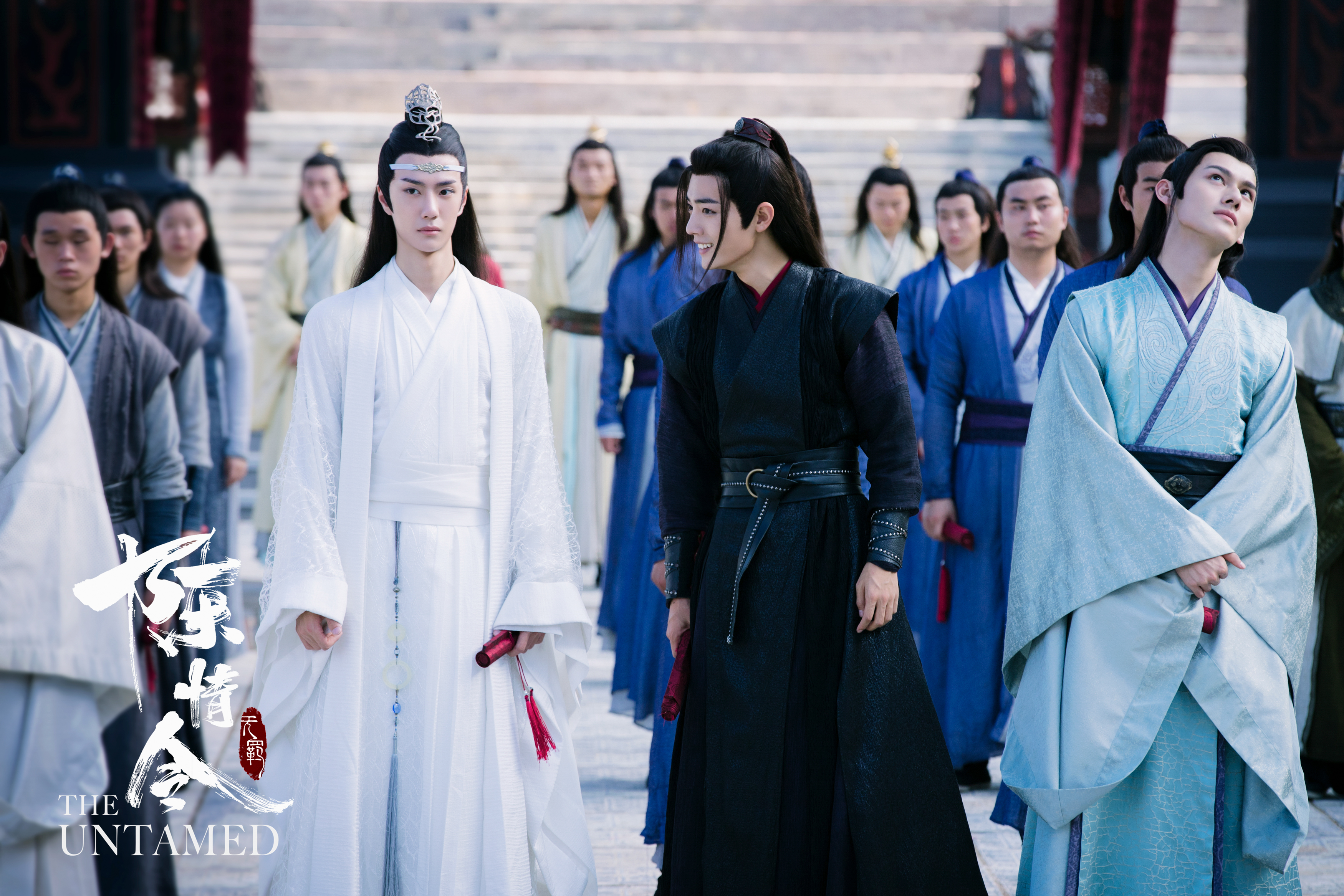 As for the plot and everything else, it’s not too bad. I think the novel has a good storyline and the depth of its characters are all well written. It’s still too early to really see how the drama compares to the novel, but I think the drama is starting out well. There’s a good male lead who is likable, a supporting cast who are all good-looking, scenery is beautiful, CGI isn’t too bad, and pacing isn’t too confusing. The first episode might come off as confusing because it starts off with Wei Wu Xian dying, but once you start to get the gist of everything (meaning continue to watch), then everything slowly becomes clearer as to what really happened and why it happened. My favorite parts are definitely the moments between Wei Wu Xian and Lan Wang Ji. It’s fun to watch their interactions, as Wei Wu Xian always seems to be able to piss off Lan Wang Ji, but, at the same time, catch his interest.

Overall, I’m finding myself enjoying this drama. I’m usually one to prefer a strong female lead with a good plot, but I’m like this drama. It’s a new change for me, and a new kind of genre for me to enjoy. It is unfortunate the romance between Wei Wu Xian and Lan Wang Ji was cut, as I think they are a very good-looking couple and suit each other pretty well. But I think that the fact that the drama itself was able to be produced and airing despite the fact that the novel is notorious for its homosexual relationship between the two leads is somewhat of a step for China. Hopefully, in the near future, we’re able to fully enjoy dramas that really display its true contents without restrictions. 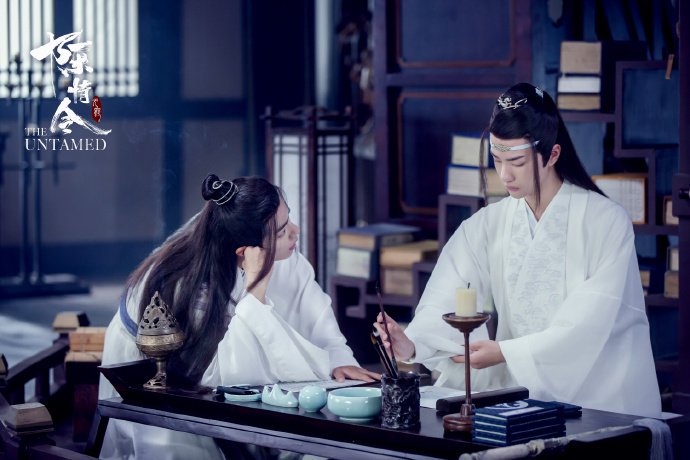