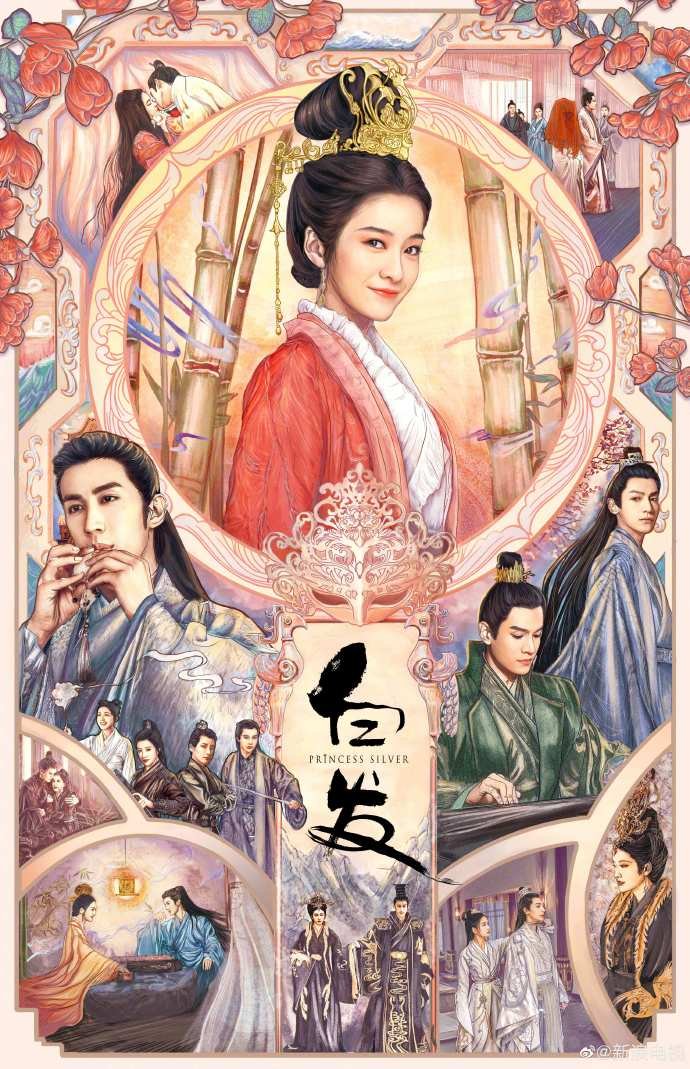 Rong Le is one lucky girl… She’s got not one or two, but THREE men who were head over heels in love with her. From the stoic and cold Zong Zheng Wu You, to the scheming and conniving Fu Chou, and then to the gentle and kind Rong Qi, all three were willing to put their lives on the line just to protect her!!!

Anyway, I’ve just finished watching the drama. Albeit, I didn’t watch it thoroughly, but it was enough to get a good idea of what happened and went on in the story.

Title: Princess Silver (白发)
# of Episodes: 58
Release Date: May 15th, 2019
Where to Watch: N/A (Will update when there’s news of English Subtitles available!!) 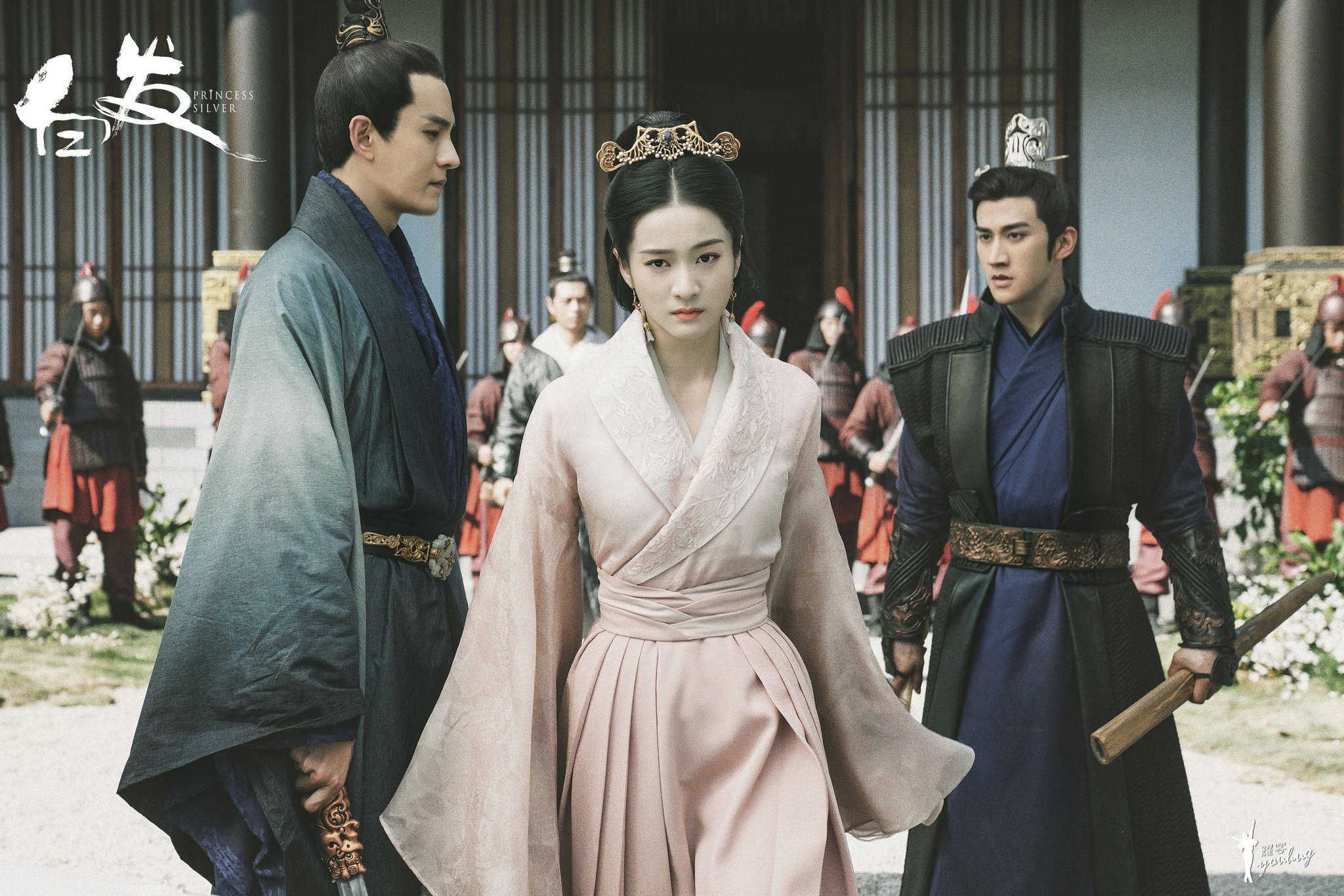 I stopped fully watching the drama after Rong Le and Zong Zheng Wu You confessed their feelings to each other for the first time. And the reason was because I watched the trailers for the upcoming episodes, and I didn’t like it one bit. I didn’t like where the story was going. I didn’t like that Rong Le was forced to married Fu Chou after she was forced to marry Zong Zheng Wu You, that Rong Qi and Rong Le’s relationship was getting worse, and, ultimately, that Rong Le was always forced into a corner with no other options. I know that the novel depicts her suffering even more than the drama, but I just hated that Rong Le was being pushed around by everyone. 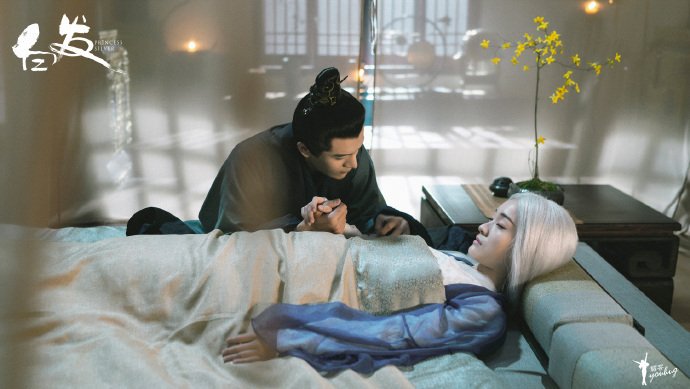 But I continued to watch a few episodes here and there towards the end, so that I could get a better idea of where the story was going. And, personally, I felt that it had similar vibes to I Will Never Let You Go. Like, the beginning depicts a certain storyline and as the drama continues, it quickly goes into different direction and towards the ending, you end up with a completely different storyline than how it was in the beginning. And I felt that this was how Princess Silver is like. For example, Rong Le initially was supposed to be sent as a spy to Northern Lin to find the Book of Mountains and Rivers. But, obviously, there’s more. And while it’s fine to have a drama include more side stories and hidden plotlines to help with its development and flow, how it’s implemented and integrated it to the story itself is important. If it’s not done right, it just feels like bunch of random storylines put together and the flow isn’t right at all. And that’s what I felt this drama was like.

But aside from the disappointment of the plot, I’m going to quickly talk about Rong Le. At the beginning, I quite liked her character. I like that she exudes a presence of someone who doesn’t back down. She’s smart, thinks quickly, and has a kind heart. Rong Le is someone who, if given the chance, can become a powerful and influential person. However, she’s never given the chance to do so because she’s being thrown around from one man to another and is constantly used as a bargaining chip. And, of course, she has no choice or other options because the people who are making the decisions for her are far more powerful and stronger than her. So, the only thing she could do was endure and be patient until she gets her chance to escape. Honestly, the poor girl… 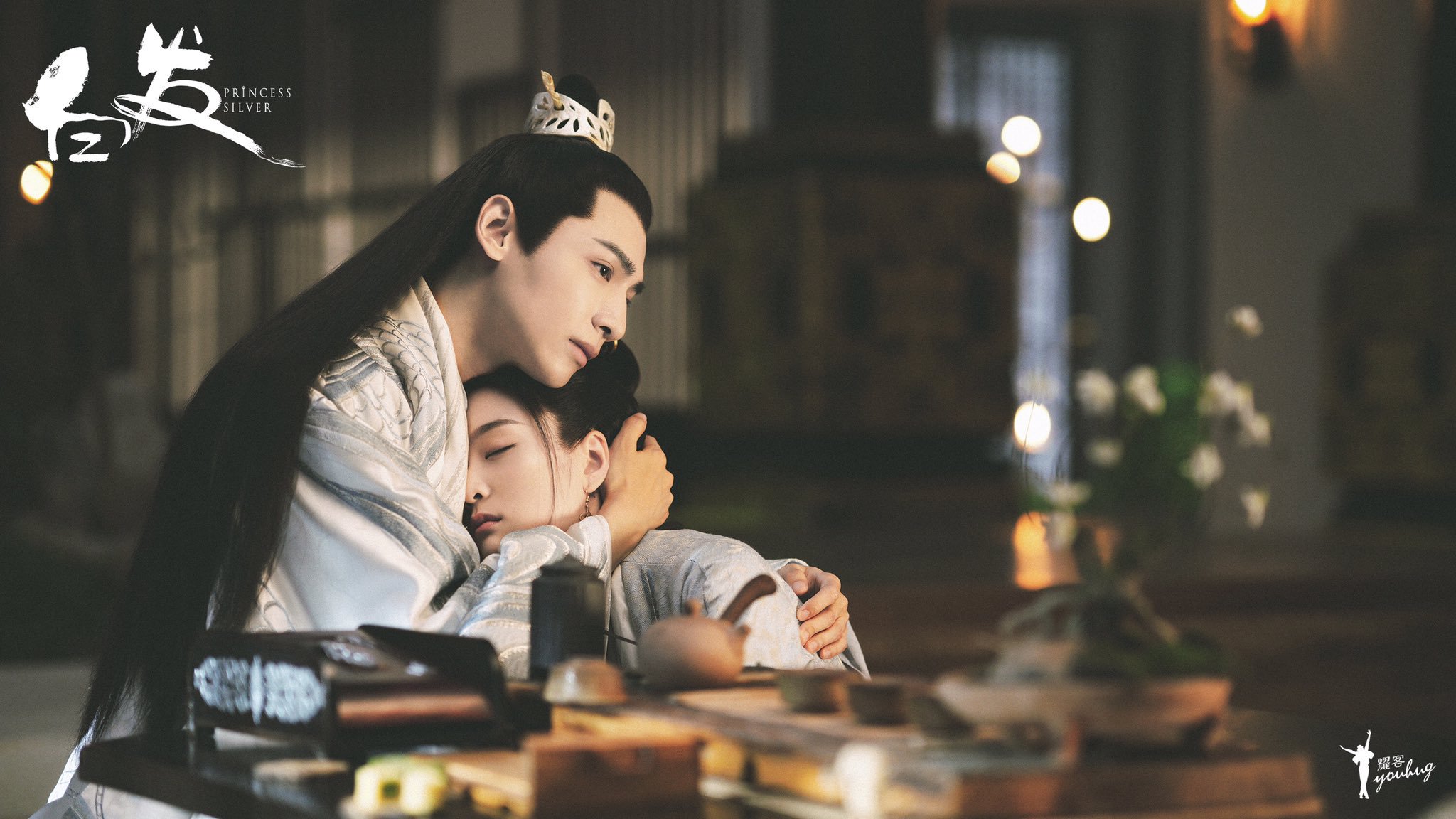 I don’t want to go into detail about Zong Zheng Wu You or Fu Chou, as I’d rather vent about Rong Qi, another poor victim who had to endure and suffer silently like Rong Le. Now, before anyone says anything about how gross it is that Rong Qi and Rong Le are supposed to be brother and sister, HEAR ME OUT! It’s not like that at all! And, of course, the truth isn’t revealed until the very end!!! But listen to what I have to say, because Rong Qi is the one who made the ultimate sacrifice and the one who truly loved Rong Le to the very end. And, in my honest opinion, he is also the one who Rong Le truly loved. Yep! That’s right! Anyway, before Rong Le lost her memory, she was actually brought in by Rong Qi’s mother to pretend to be Rong Le. Her real name is Qin Man, the true daughter of Qin Yong (the author of the Book Mountains and Rivers and Zong Zheng Wu You’s master). After her family died, she was saved by Rong Qi’s mother and placed in the Cold Palace. She was trained in martial arts and told to learn to become Rong Le if she wanted to get revenge for her family. And it was because of this that she and Rong Qi met. But instead of telling Rong Qi her identity, she pretends to be a maid. Rong Qi believes her to be a maid and they both fall in love in the process. But when his mother finds out about their relationship, she sets out to destroy it. So, when Rong Qi finds out that Rong Le is his sister and not a maid, he is completely devastated. Obviously, his mother is the one who forces Rong Le to lie. But when Rong Qi and Rong Le both try to fight against his mother, she gains the upper hand and forces Rong Le to chose to kill Rong Qi or eat the Destiny’s Poison (the same poison that Rong Le suffers from throughout the drama the no one knew where or how she got it). Of course, Rong Le chooses to save Rong Qi and consumes to the poison… And there you have it! That’s how Rong Le became poisoned with the Destiny’s Poison!

But, honestly, I think what this scene really shows is just how much Rong Le loved Rong Qi. Her love for him was so much that she was willing to sacrifice herself to save him. And the scene where he is thinking back to her doing this is soooo sad because he bursts out crying (like literally!!!). My heart completely broke when I saw this and I pretty much had tears in my eyes at this moment. 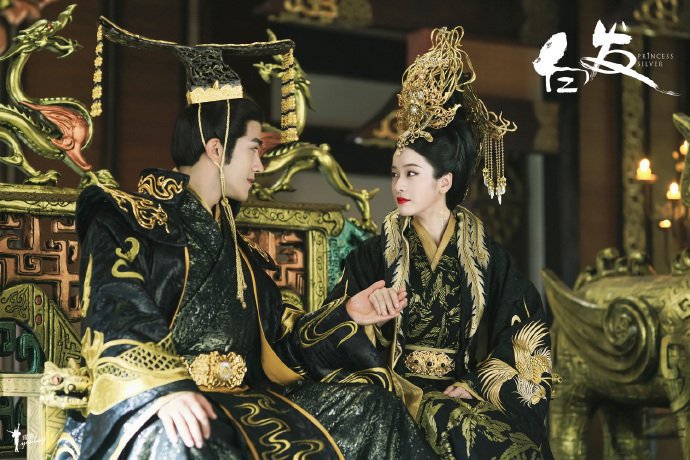 Anyway, so the big question still remains… Who does Rong Le truly love? I’m going to put Fu Chou out of the running because she never really loved him. Maybe she felt pity and sympathy for him because of his past. But her feelings for him definitely wasn’t love. So, there’s only Zong Zheng Wu You and Rong Qi left, both of whom did actually have a romantic relationship with her. I think my speculation of who she truly loved are already obvious from my opinions above, but I’m going to leave it open for discussion. Let me know who you think it is in the comments! 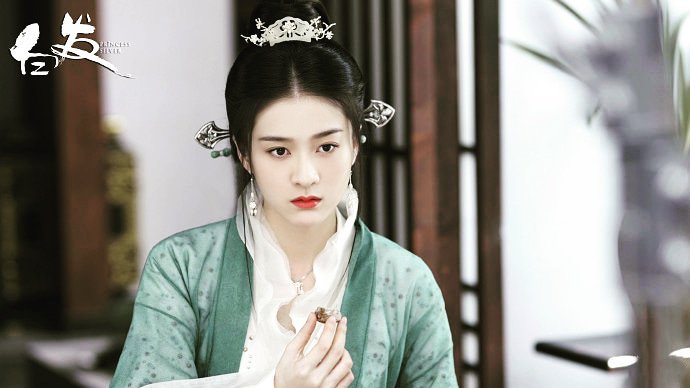