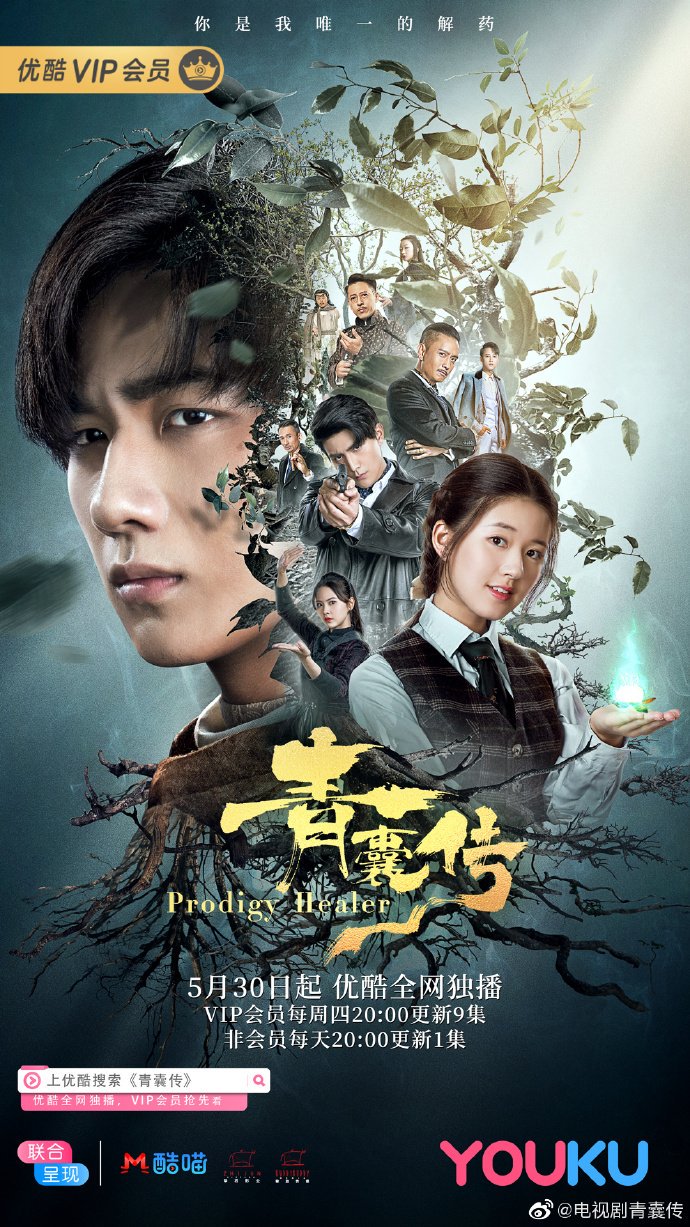 This drama is truly something special. I’m totally smitten by Li Hong Yi and I adore Zhao Lu Si’s character. And I also love the fantasy elements added to help make the drama more unique. Not to mention, the OST for the drama has been on repeat for me for the last few days. So pretty much, I’m in love with this drama!!!!

Title: Prodigy Healer (青囊传)
# of Episodes: 36
Release Date: May 30th, 2019
Where to Watch: YouTube (The channel is pretty good about subbing their dramas. It might just take a while.)

I randomly saw a trailer and I immediately became interested in it. I only know Zhao Lu Si from Untouchable Lovers as the annoying and idiotic girl who tried to steal Song Wei Long from Guan Xiao Tong, so I didn’t have a good impression of her. I tried watching her other drama Oh My Emperor, but I couldn’t get into it. After that, I sort of stopped following her dramas. But when I came upon this trailer, I decided to give it try because I find it interesting how they incorporated the fantasy elements into the Republican era. And after watching the first few episodes, I WAS HOOKED.

After studying medicine for a while, Ye Yun Chang comes back to her hometown to work alongside her friend, Chu Tian Yao, at a clinic run by her family. One day while looking for herbs, Ye Yun Chang accidentally falls off a cliff and enters a hidden world where there are magical creatures and people who mystical powers.

Ye Yun Chang tells Mu Xing Chen that she is not from this world and that she wants to return home. Thus, he strikes a deal with her. He will help her return, but she has to take him with her…. 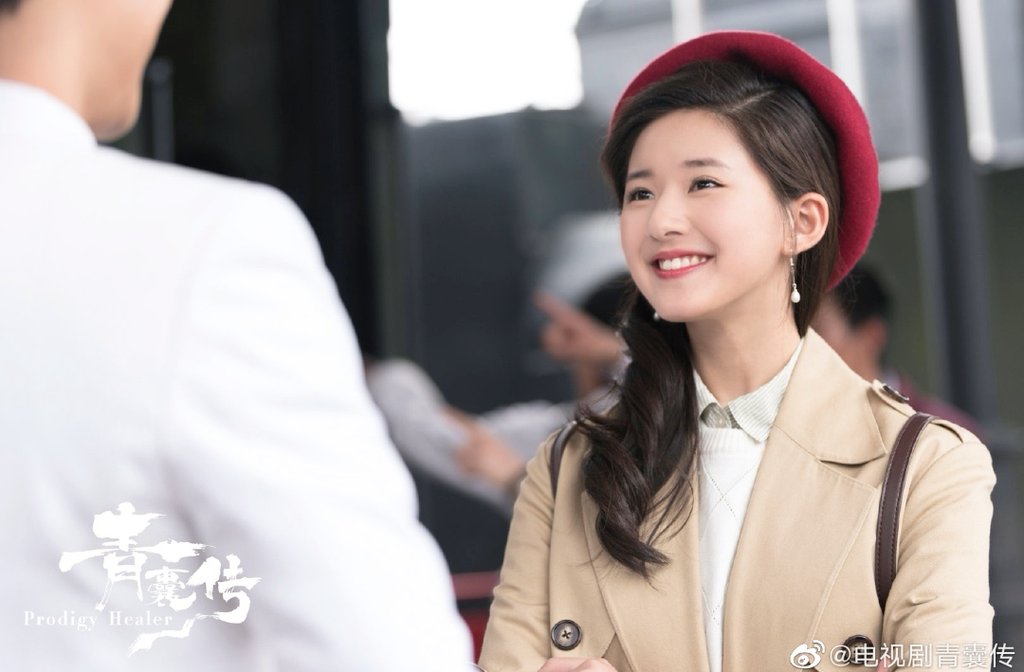 Ye Yun Chang (叶云裳), Zhao Lu Si
A doctor at a clinic run by her family. She appears childish and immature, but she is a dedicated and knowledgeable doctor who is devoted to her work. 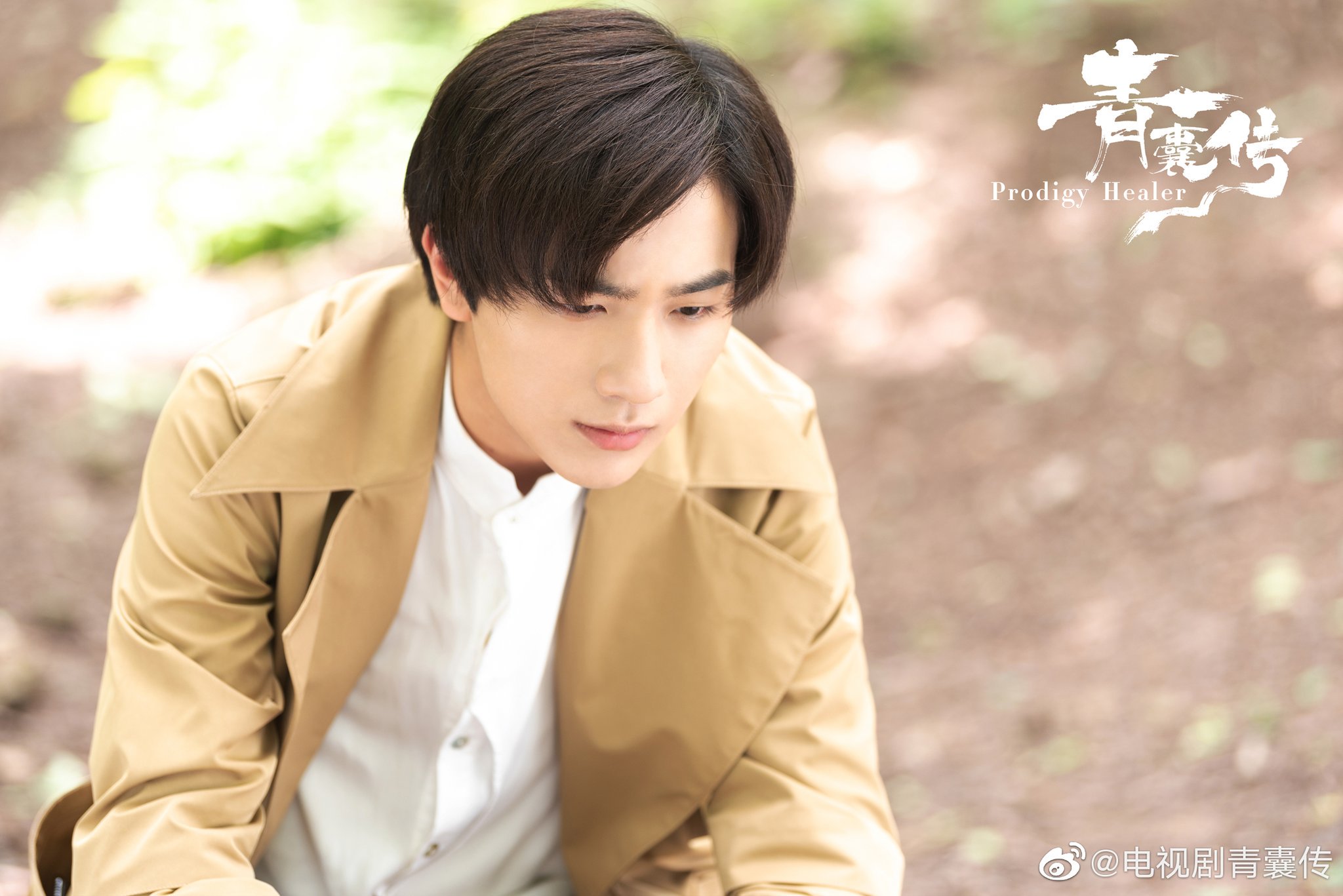 Mu Xing Chen (木星尘), Li Hong Yi
Son of the Head Chief of the mysterious world that Ye Yun Chang accidentally enters. He has no interest in marrying the woman his father engaged him to or following his father’s footsteps. He wants to study more about medicine and become a doctor. Thus, he follows Ye Yun Chang to the outside world. 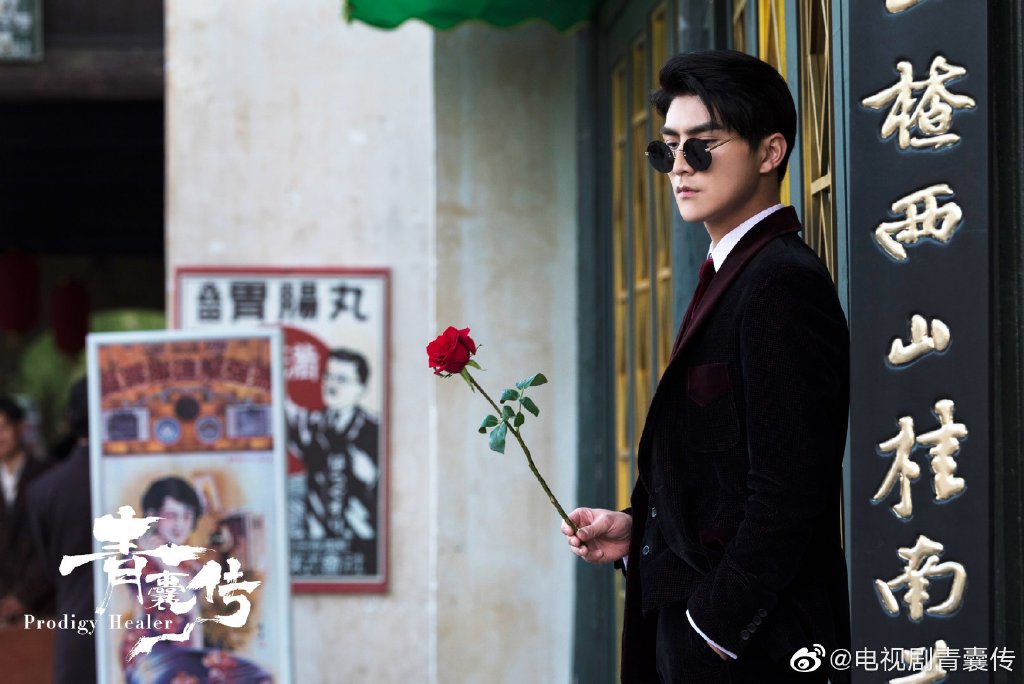 Qiao Zhen Tian (乔震天), Zhang Si Fan
A police officer who is obsessed with Ye Yun Chang. He is from a rich family and is always finding trouble for Mu Xing Chen because he doesn’t like him together with Ye Yun Chang. 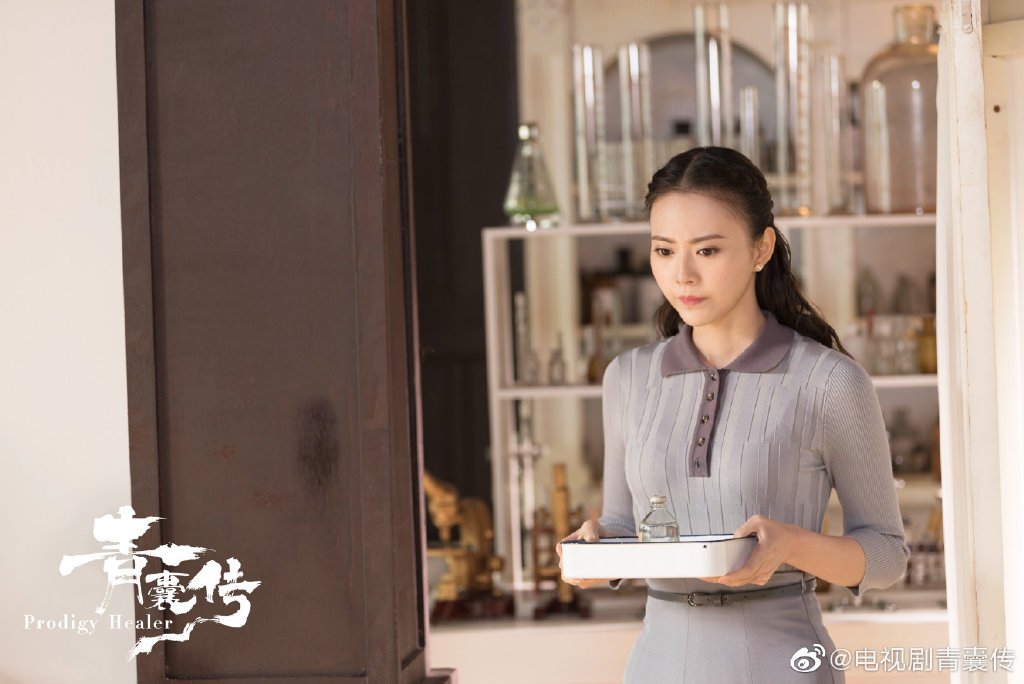 Chu Tian Yao (楚天遥), Xu Yi Fang
Ye Yun Chang’s best friend and another doctor who works with her. She has a gentle and warm personality. She falls in love with Mu Xing Chen.

This drama has a very unique storyline. Somehow, it’s able to combine fantasy with modern medicine in the Republican Era setting. It totally sounds weird and is a strange combination, but the drama makes it all work out! 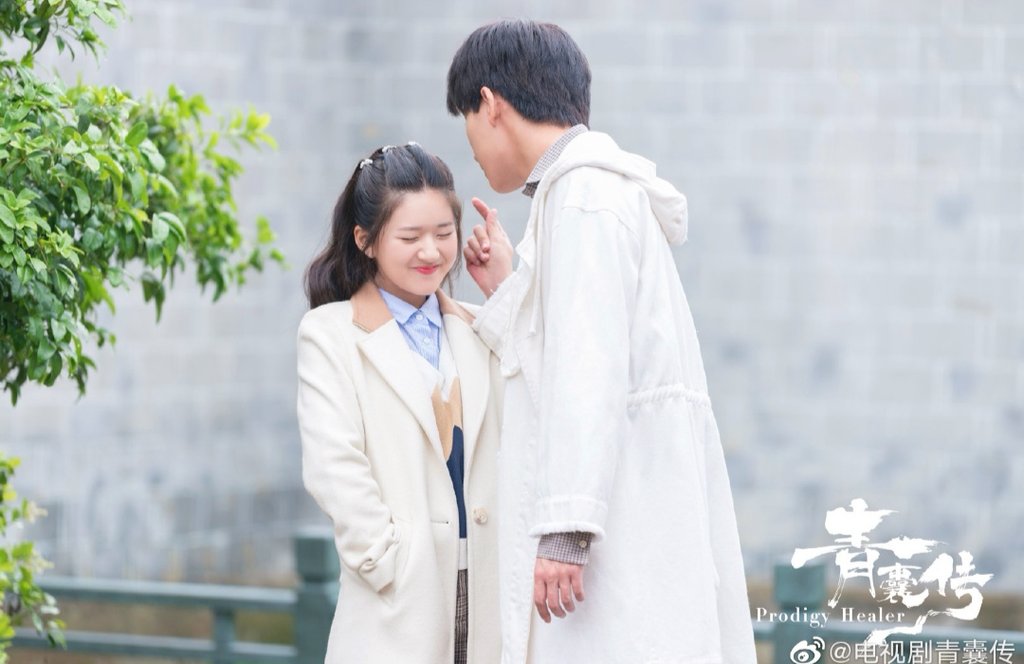 I think this is the first drama where I really liked Zhao Lu Si’s character. I hated her in Untouchable Lovers, and I wasn’t into her at all in Oh My Emperor. But her role in this drama makes her more mature. And it’s probably because she plays a doctor rather than a young girl. But even though she looks young and her cute face makes her appear much more childish than her character portrays, her acting makes up for it. For sure, she’s not that great of an actress (her crying scenes are still rough on the edges), but she’s definitely gotten better at acting.

This is also the first drama that I’ve watching Li Hong Yi in. I’ve honestly never heard of him before. And as I watch this drama, I’m wondering, “why have I not known of this man before?!”. He’s sooooo handsome and charming and totally winning my heart as Mu Xing Chen. For someone who hasn’t had many acting projects under his belt, his presence onscreen is very charismatic and alluring. I really hope to see more of his dramas! 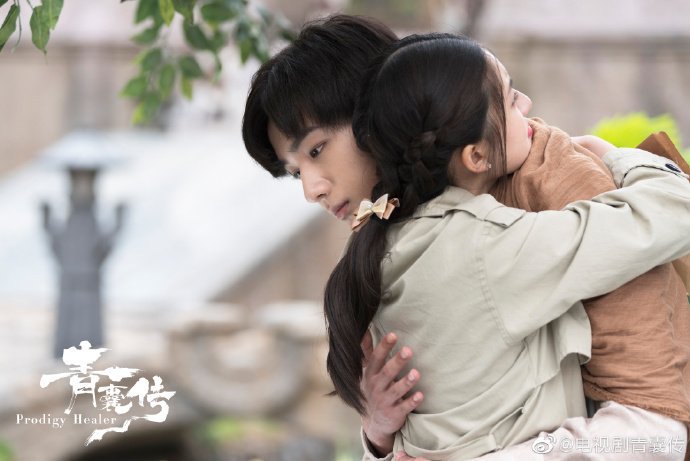 Anyway, back to the story! The unique storyline is truly what got me into this drama. Both Ye Yun Chang and Mu Xing Chen have knowledge of medicine. But while she is trained in modern medicine, he is trained in herbal medicine (equivalent to eastern medicine). They use their expertise to help each other combat illnesses that they see and, in the process, learn more about medicine from one another. The whole purpose for Mu Xing Chen coming to her world wasn’t just because he wanted to escape his world, but rather because he wanted to learn about medicine. And since Ye Yun Chang was a doctor, it was the best option for him to follow her and learn from her. 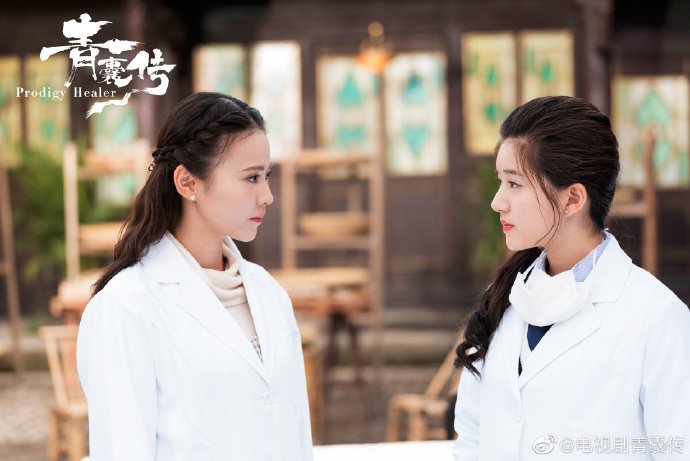 But, of course, all dramas are not free of troubles. You have the obsessive 2nd male lead who for some reason doesn’t understand what “no” means, the best friend who falls in love with the male lead and will probably end up fighting the female lead for him, and finally the mysterious bad guy who ends up being related to the male lead. And there’s probably more, but it’s still the beginning of the drama, so I have no idea what’s next come. But whatever… Everything now isn’t that bad. Whatever the two leads go through, they’re always supporting each other. It’s obvious that whatever trials they go through, they’re both always looking out for one another and their feelings for each other continue to grow stronger. 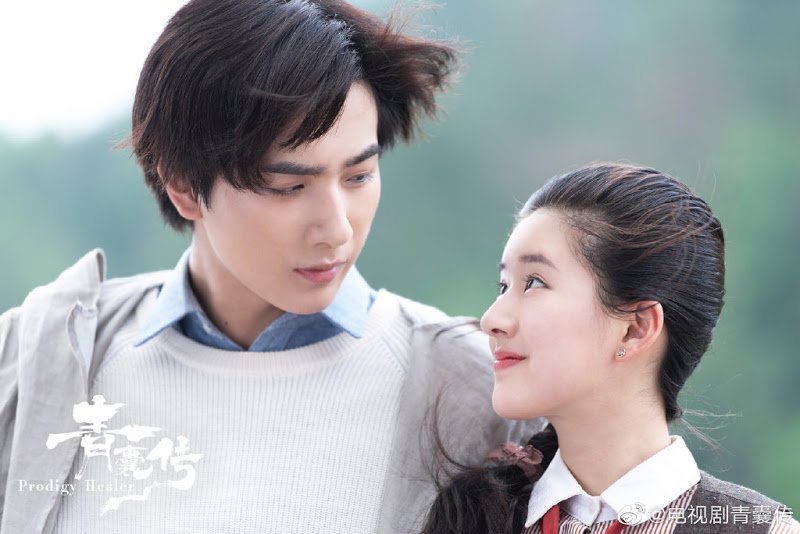 Overall, I’m enjoying watching this drama a lot. I’ve actually rewatched some of the episodes a few times already. So, that just shows how much I’m liking it. The drama only airs on Wednesdays and only a few episodes get aired. So it’s killing me to have to wait so long!!! But I’m willing because it helps me keep my drama binging in control. ^_^