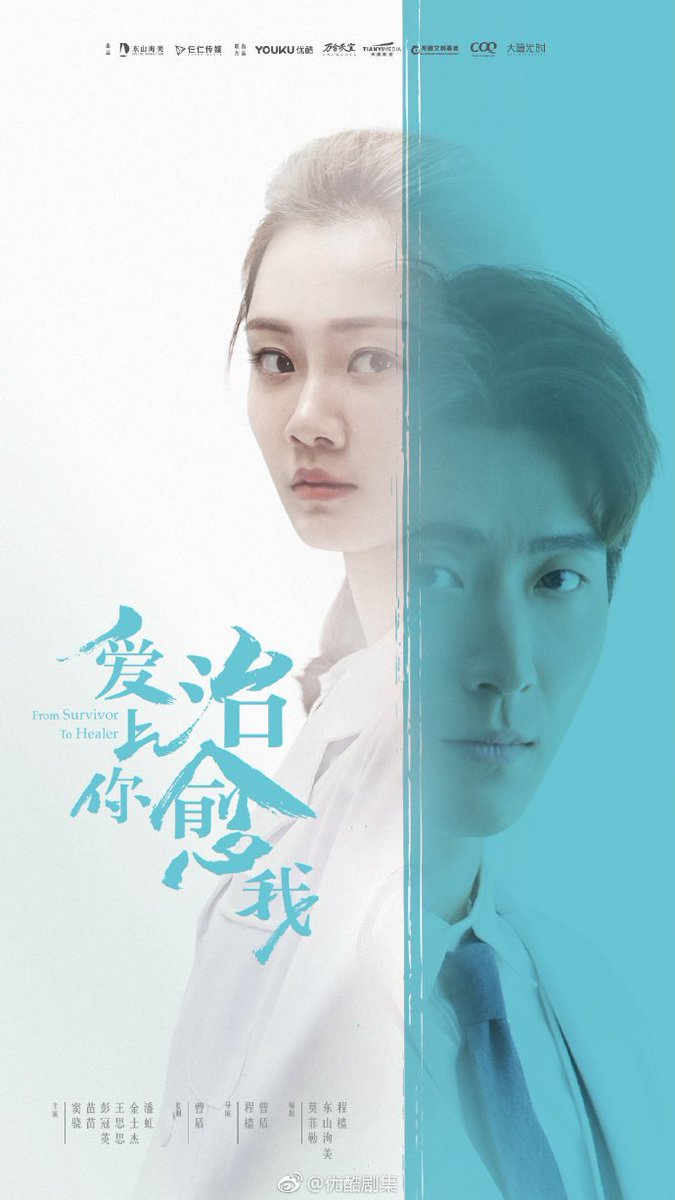 Finally!!! We get to see Shawn Dou on the small screen again! I’ve been waiting for such a long time for his dramas to air (there’s like TWO MORE!), and this is the first one to air! And, so far, I’m really liking it! 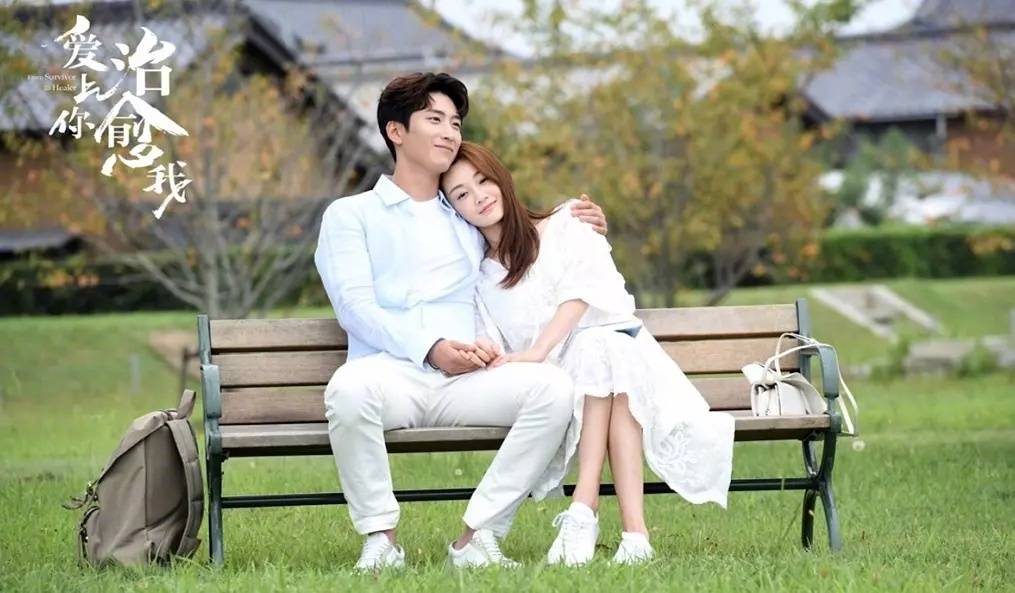 Why did I start watching this?
Of course, the first reason is because of Shawn Dou. I was just captivated by his acting as Yan Xun in Princess Agents that I need more of him in life.

But, to be honest, the premise of the drama is what drew me in. I have a background in psychology, so these kinds of dramas easily draw me in. However, it’s always a hit or miss with me. Sometimes psychology-themed dramas can be too fictionalized that it really steers away from reality and then gets labelled in a negative way. That’s why I truly hope that this drama doesn’t follow that route and gives us a good story that is well written and accurate about the world of psychology.

Plot/Synopsis Recap
Yan Shu Ren is currently working as a psychiatrist in the psychiatry department at Sikang Hospital. He works under Professor Chen, who was his old professor from his university years. Due to lack of profit from their department, the General Manager of the hospital is thinking about closing it down to expand the plastic surgery department, which is profiting much more. But Yan Shu Ren and Professor Chen aren’t willing to go down without a fight. With strong backing from the board of directors, Professor Chen proposes that they open a psychology department alongside the psychiatry department. With the two departments working together to help patients, it would help increase profit and benefit patients more. The question is, who should run the psychology department?

Sun Shu has been living in Japan for 8 years to focus on studying psychology. Through her hard work and vigorous studying, she has managed to become a capable and intelligent psychologist. Because of her mother’s declining health, she reluctantly decides to go back to China to help take care of her. And when she returns, she is immediately head hunted by Professor Chen and he asks her to run the psychology department at Sikang Hospital. Sun Shu eventually agrees and becomes a psychologist in the psychology department.

And while Sun Shu begins to work at Sikang, she realizes she has to work alongside Yan Shu Ren, her previous lover and the reason why she left for Japan…. 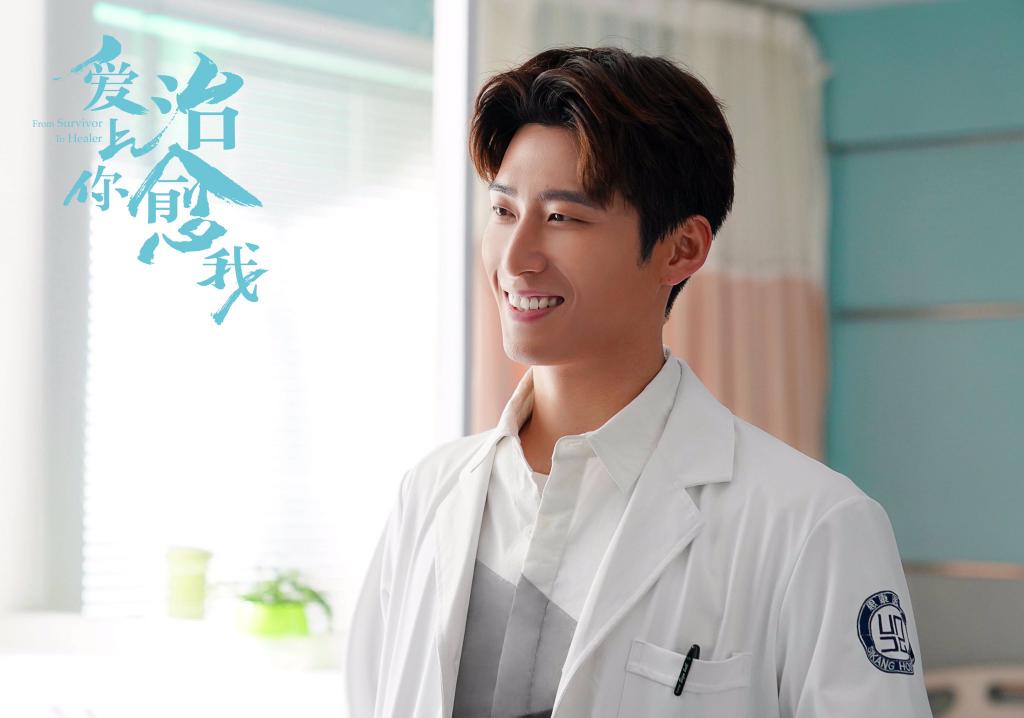 Yan Shu Ren (颜书仁), Shawn Dou Xiao
A psychiatrist working in the psychiatry department at Sikang Hospital. He is smart and capable. He treats his patients well and is always advocating for their well-being. Despite being the one to initiate the breakup with Sun Shu, he is still deeply in love with her and always tries to help her out even when he repeatedly gets rejected. 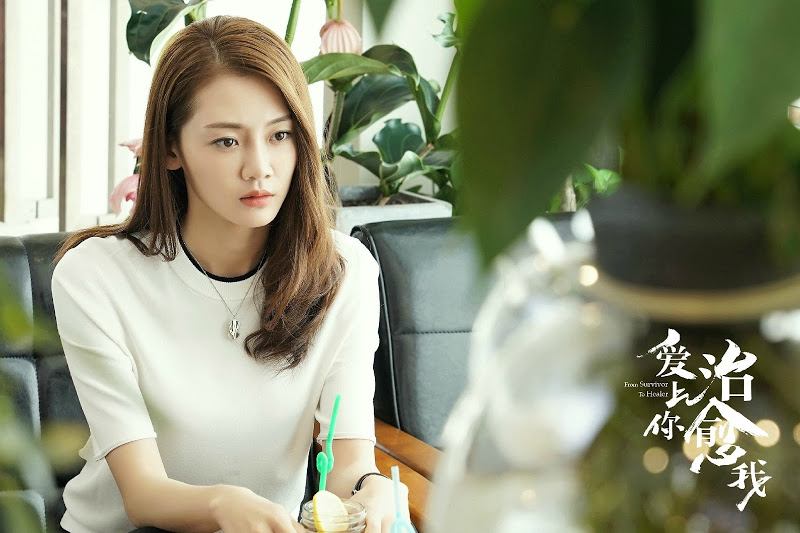 Sun Shu (孙树), Vivi Miao Miao
A psychologist working in the psychology department at Sikang Hospital. She is hardworking and good at empathizing with her patients. As a child, she grew up with her father taking care of her. Her mother was a workaholic and never there for her, which is why she and her mother are distant and don’t have a good relationship. After her father dies and Yan Shu Ren mysteriously breaks up with her, she leaves to Japan to pursue her studies in psychology. Even though she works alongside Yan Shu Ren and tries to push him away, she still loves him. 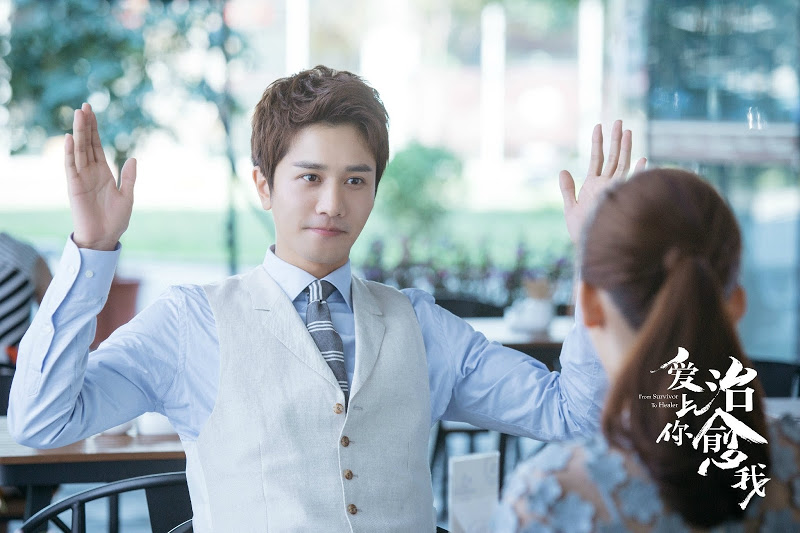 Chen Yi Fan (陈一凡), Peng Guan Ying
A plastic surgeon at Sikang Hospital. He is a narcissist and perfectionist and always aims to get 100 percent in everything. Even with his arrogant personality, he is able to become close friends with Yan Shu Ren. When he meets Sun Shu, he develops an interest in her and decides to pursue her without knowing about her past with Yan Shu Ren.

Overall Impression
I am REALLY enjoying this drama! Once an episode gets subbed, I immediately watch it before going to sleep. And this is not good for me because I don’t get enough sleep. But I can’t help it! I’m liking this drama a lot. 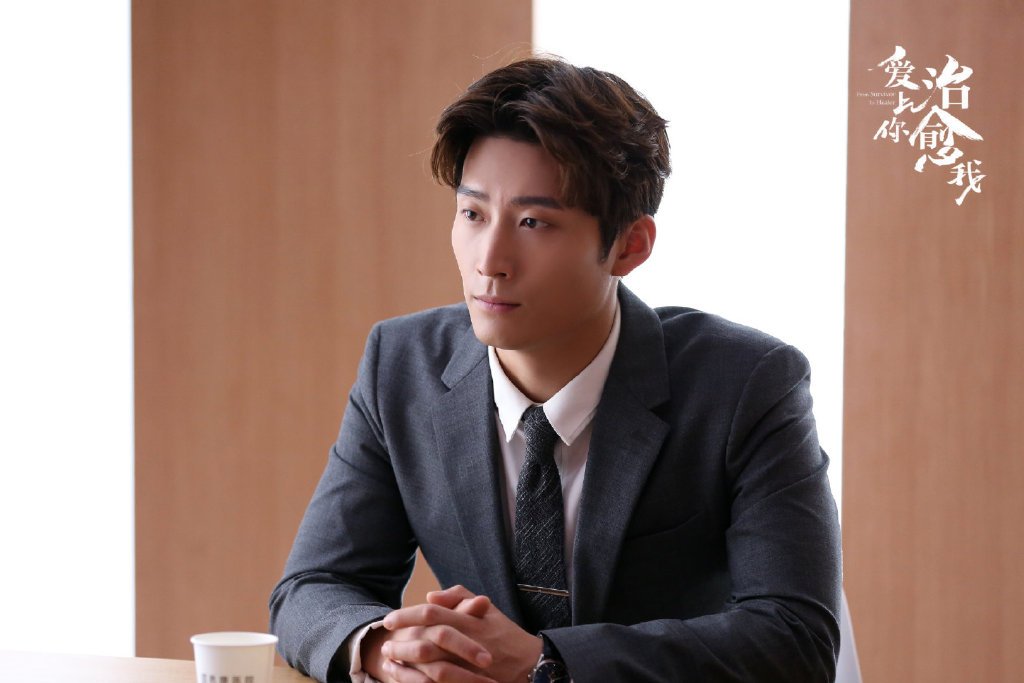 And I have to admit that I’m enjoying this drama a lot because of Shawn Dou’s presence. Not only does he look strikingly handsome in his suits, but he’s doing a great job at acting his role! You’d never guess that he was the ever-cheerful-turned-vengeful Yan Xun from Princess Agents. Yan Shu Ren is quite the opposite from Yan Xun. He’s more composed, mature, and quiet compared. Which is why the only complaint I’m having towards him is his lack of smiles so far!!! Yan Xun was all about his smiles, but Yan Shu Ren doesn’t smile much. His facial expressions are pretty neutral and serious. But this is his character. He’s not enthusiastic and energetic, but also not coldhearted. He’s amicable and warmhearted and prefers to be unbiased. To sum it up, Yan Shu Ren is a good man. I’m not sure about his relationship with Sun Shu, as not much has been revealed about why he broke up with her, but he won my heart when he pretty much told off an abusive husband. The guy wanted to admit his wife in to the psychiatry department and pass her off as a crazy woman so she wouldn’t reveal that he had been beating her up. But Yan Shu Ren would not let it pass. He confronted the man and told him that he knows the wounds from his wife is from domestic violence and that he’s not buying the nonsense the guy is trying to hide. I loved this part! I was soooo happy that finally someone confronted the stupid guy and said something.

As for Sun Shu, I like her. Although Miao Miao’s acting isn’t that good, it doesn’t really bother me. Maybe it’s because I really like Sun Shu, and that’s why I can really overlook her poor acting skills. Lol. Anyway, the reason that I like Sun Shu is because she’s practical, relatable, and an independent woman. She’s not the best depiction of a strong-minded woman, but I like her character.

And then there’s Chen Yi Fan. I’ll just say it out flatly. This guy is annoying. He’s all for the looks and you can tell he only cares about the physical features. I mean, the dude’s a plastic surgeon! But yeah, he’s not the best second male lead out there and I don’t get his infatuation for Sun Shu. I know the writers want to give Yan Shu Ren a rival, but this isn’t cutting it for me. At the very least, I wish they would let him develop his feelings for Sun Shu a bit more than just letting him “falling” for her at first glance. Sigh…. 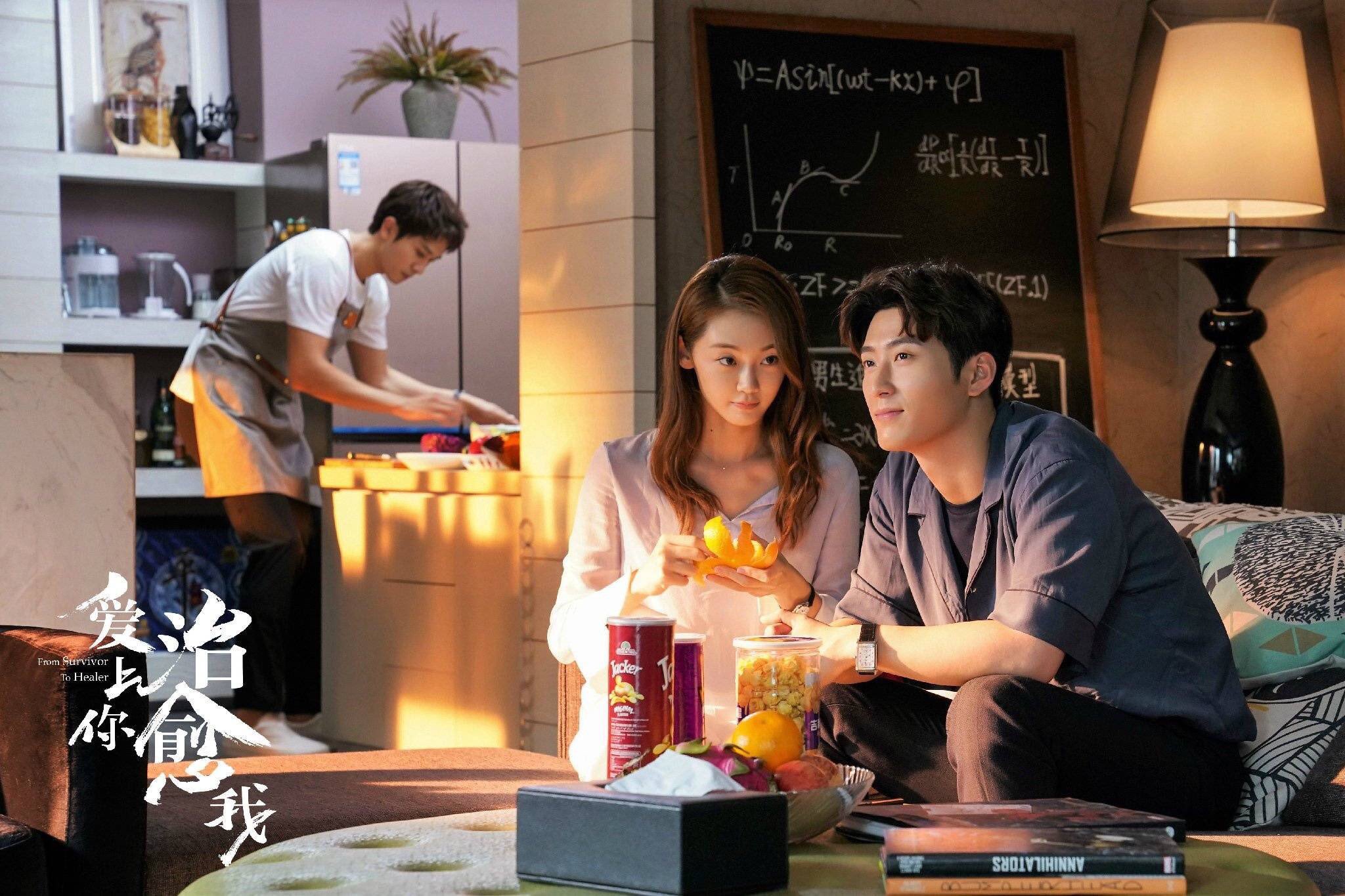 Overall, what I really like about this drama is how it portrays mental health cases in modern society. For example, other than the domestic violence case, there’s a few others that involve overbearing parents (aka Tiger Parents) and how it’s harmful to their children (one becomes aggressive and violent and the other develops bipolar disorder) and one about addiction to plastic surgery. And I think lots of people can related to these issues because it’s so prominent today. And, as an advocate for mental health awareness, I was very pleased that the cases were relevant. Therefore, I do hope that the drama doesn’t lag and become a complete mess (as there is still a possibility that it could). But now, I’m just enjoying Sun Shu and Yan Shu Ren working together to help their patients. Not much is going on in the romance department for them yet, but, if I were her, I’d find it sooooooo hard to say not to him. ^_^ 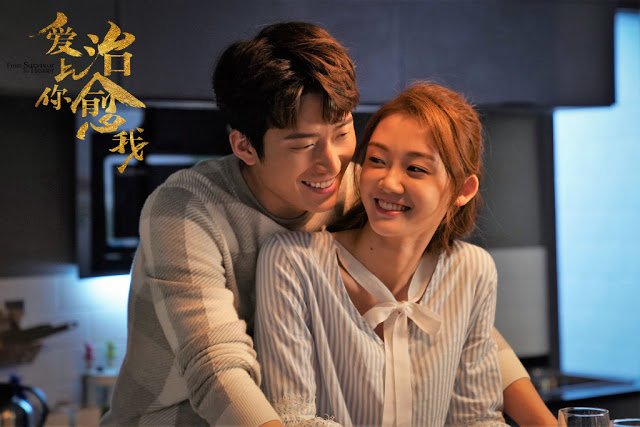 9 thoughts on “[First Impression] From Survivor to Healer (爱上你治愈我)”