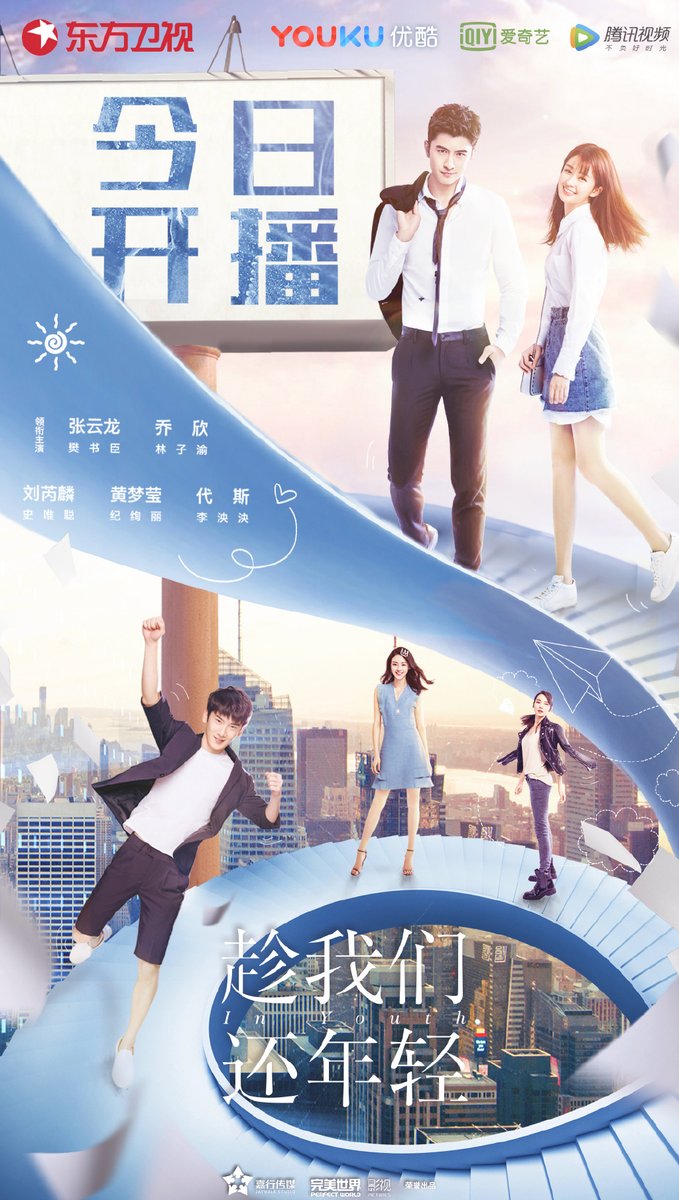 With a doubt, In Youth is completely dominated by the artists from Jaywalk Studio. It surprised me that while Qiao Xin is the female lead, her screen time has been scarce compared to any of the other Jaywalk Studio artists. But, the drama is produced by the agency, so it makes sense for it to promote and show more of their people. And while this may be a disappointment to some people, I don’t mind it. So far, I’m much more interested in the all of the characters. And, I actually quite like the drama centers around them rather than the female lead. It makes the story more interesting and makes room for more character development. 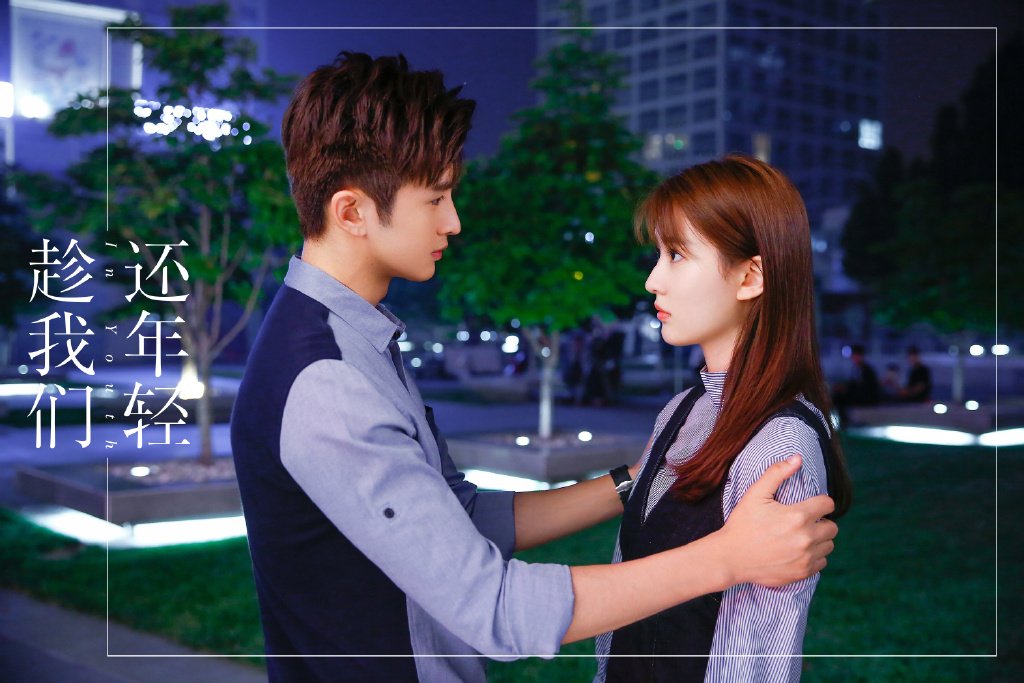 Why did I start watching this?
I’m a fan of the stars from Jaywalk Studio. I think Jaywalk has an eye at signing on good talents. I’ve seen all of the leads in other dramas where they play supporting roles alongside Yang Mi, and they are all very talented. They may not be on par with Dilireba’s dominating popularity or Zhang Bin Bin’s charismatic acting, but I think they have their own strengths and abilities that make him unique as actors and actresses. And I’m really looking forward to seeing their future projects and one day take on leading roles. 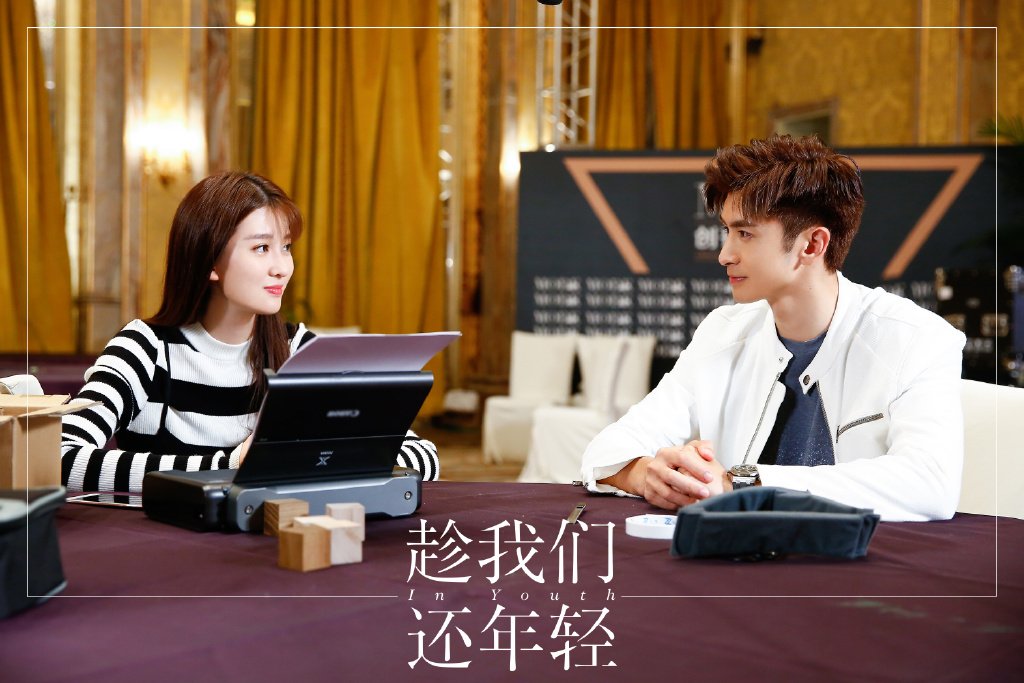 Plot/Synopsis Recap
Since he was young, Fan Shu Chen has always wanted to be a hero and help people. But he knew he couldn’t do it by himself. So, during his youth, he became friends with the smart but lazy Shi Wei Cong, the quiet and shy Li Yang Yang, and the always bullied beauty queen Ji Xuan Li. Together, they became inseparable and always relied and supported each other throughout their youth.

Fan Shu Chen and Shi Wei Cong are work at Feilin, a public relations company, as PR Directors. Although colleagues, they each have their own separate teams and sometime have a friendly rivalry for projects. But even so, they make sure to not let their work interfere with their friendship and, in the end, always end up helping each other. Li Yang Yang works as an editor for a news magazine and Ji Xuan Li works as manager for popular spa that is often visited by VIPs. Although each of them are busy building their careers, they always manage to make time once a week for brunch to catch up on their lives.

And that’s a wrap! Although the female lead, Lin Zi Yu, does make an appearance as the new employee of Feilin. She doesn’t have much scenes in the first few episodes compared to the male lead and his friends. But I personally don’t mind it much because I get to enjoying seeing the Jaywalk stars shine and get the spotlight for once. 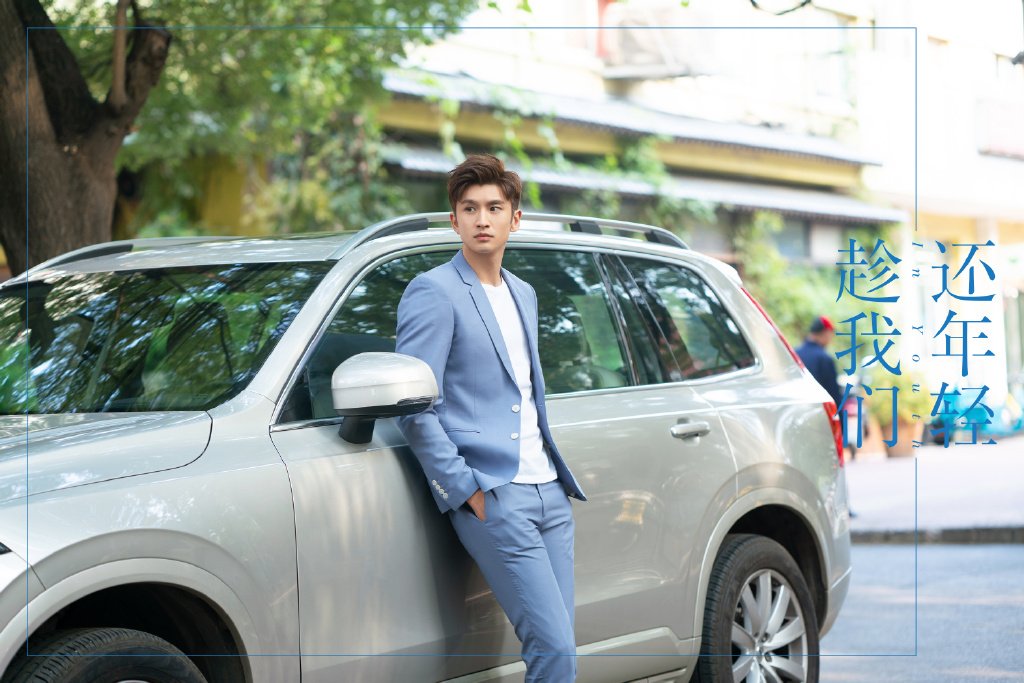 Fan Shu Chen (樊书臣), Leon Zhang Yun Long
The PR Director of Team 1 in Feilin. He is a strict and demanding boss, but he is very reliable and a good leader. He prioritizes his work above everything, but will be a supportive and caring friend when his friends need him. Because of his charismatic and easygoing personality, he is easily the leader of his group of friends and the one that they all go to for help. 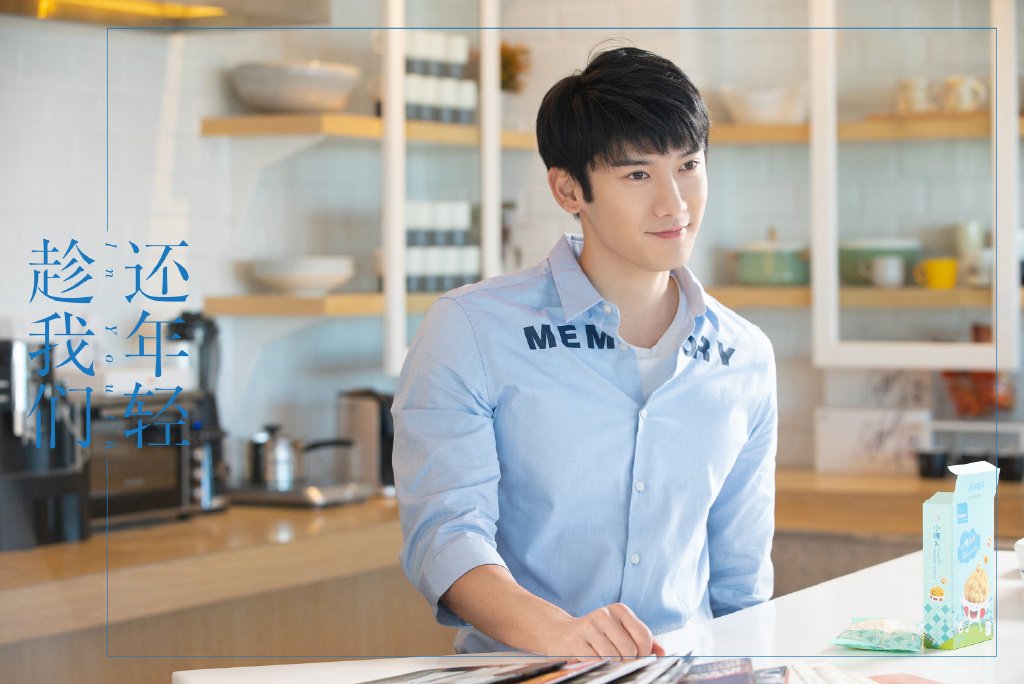 Shi Wei Cong (史唯聪), Wayne Liu Rui Lin
The PR Director of Team 2 in Feilin. He grew up sheltered and with money. This led him to become a lazy person. But even so, he has a kind heart and will always drop everything to help his friends. To his assistants, he may seem like an unreliable leader, but he is laid-back and gives them freedom to do whatever they want, which allows them to be creative and gain more experience. 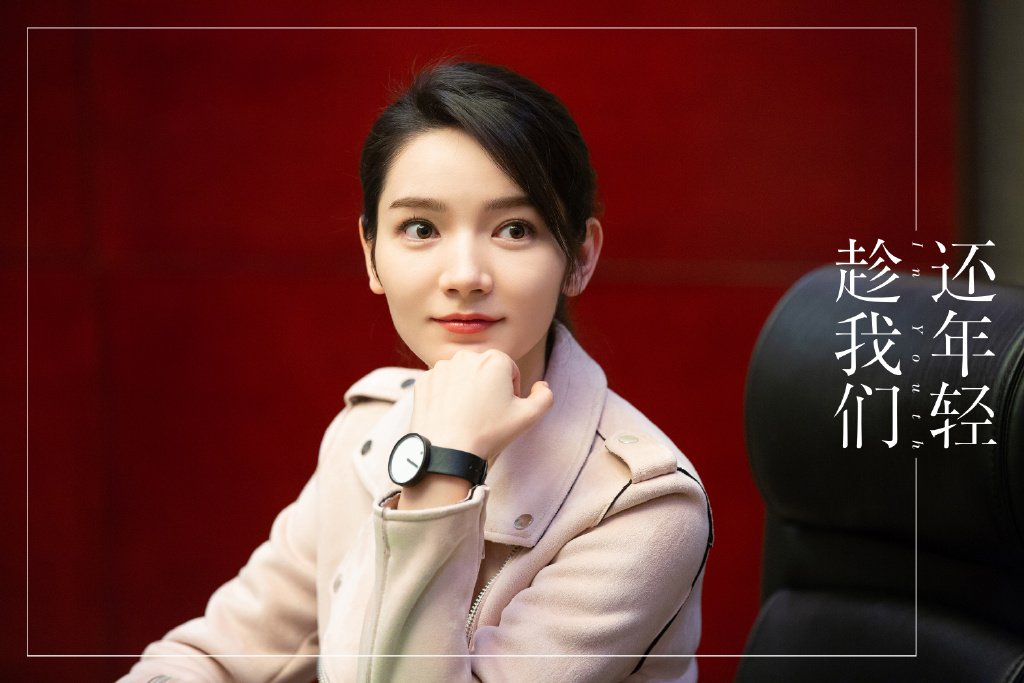 Li Yang Yang (李泱泱), Daisy Dai Si
An editor for a popular magazine. Like Fan Shu Chen, she is a workaholic and is always busy working. And her hard work and strong work ethic easily makes her the boss’ favorite. But, because of this, her colleagues all envy her and gossip about her lack of romance in her life. Despite this, Li Yang Yang doesn’t let their rumors get to her and embraces her independent life. 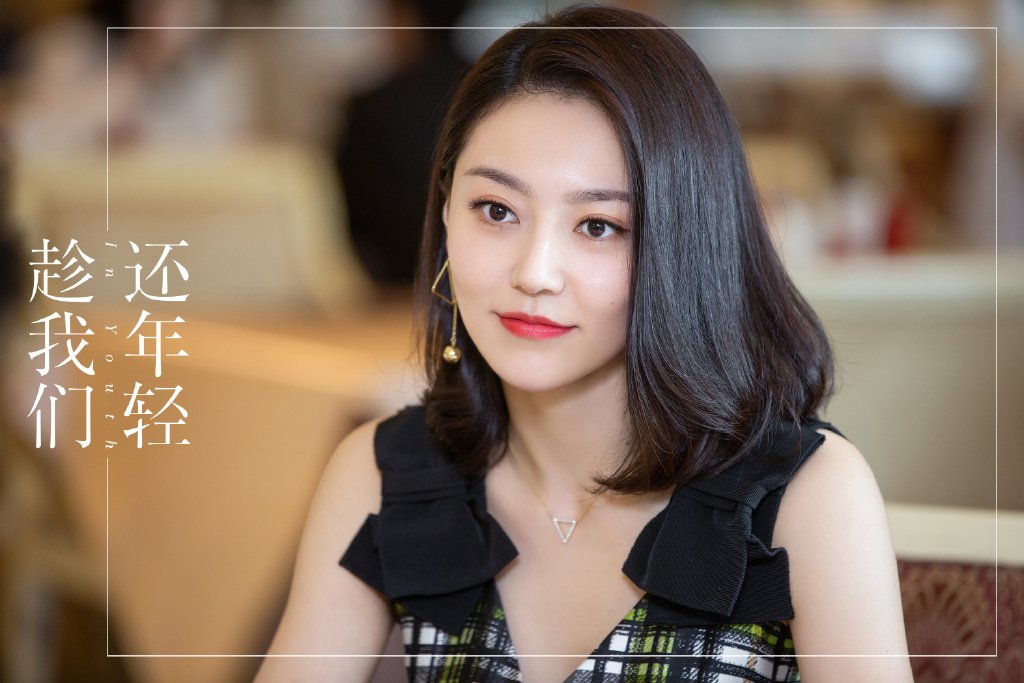 Ji Xuan Li (纪绚丽), Maggie Huang Meng Ying
A manager for a spa. She is a materialistic woman who loves beauty and luxurious things. But she is not a woman who would sell herself for money. She works hard for her money and strongly believes that women shouldn’t be dependent on men and only on themselves. Although she portrays herself as a strong and courageous person, she is still grieving over an ex-boyfriend who broke her heart during their university years. 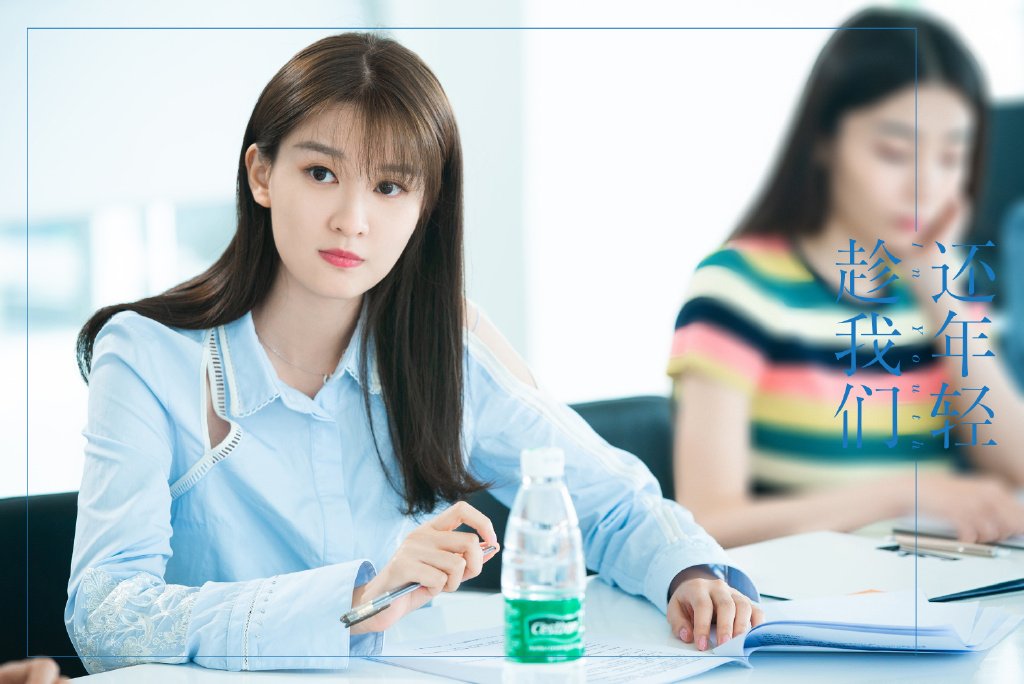 Lin Zi Yu (林子渝), Bridgette Qiao Xin
A new employee to Feilin who works under Shi Wei Cong. Although she is new, she is talented and eager to learn. She works hard and is always doing her best to help her boss. 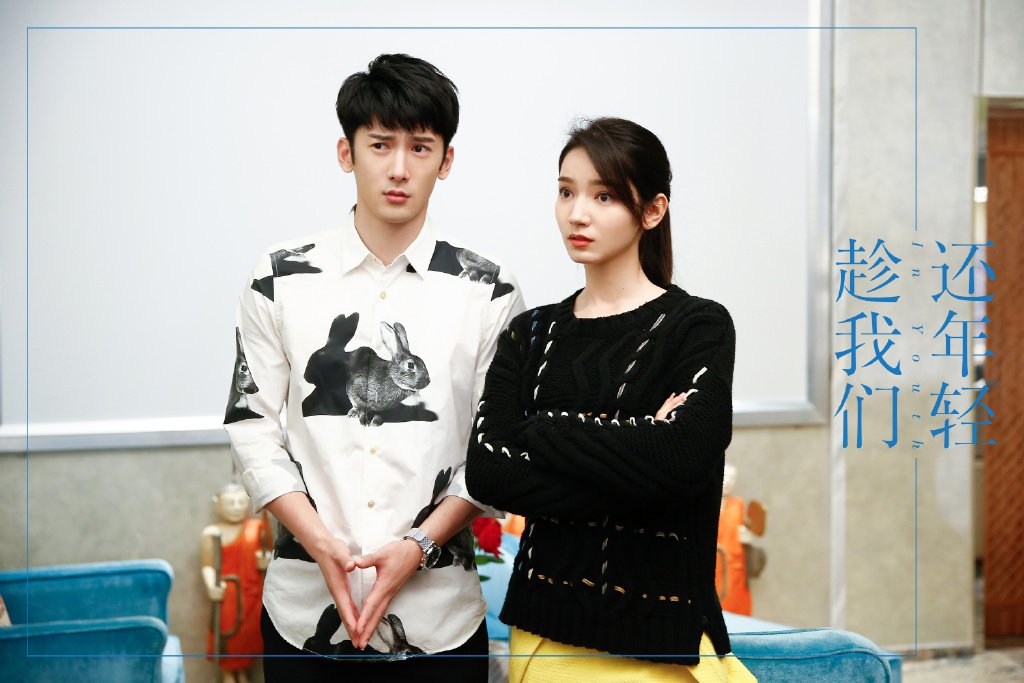 Overall Impression
I quite like the drama. I haven’t watched a modern drama in a long time, so I wasn’t so sure if I’d like it. But I do. I’m usually a bit hesitant in watching these sorts of drama because sometimes the writing and plot development can get weak (or out of control) during the middle towards the ending. But as it is now, I’m content with it. And I think it’s mainly due to the main characters, minus the female lead.

Let’s start with Fan Shu Chen. He a director as a PR company and a complete heartthrob. He’s got everything going for him. He has money, a good job that he’s a pro at, and a group of supportive friends. The only thing that throws me off about him is the lack of originality of his character. He completely fits the role of the domineering CEO male lead (even though he’s not technically one… yet). And that’s why I am just not feeling his character. I wish there was more to him than just good looks, good job, good money, and all that. And, unfortunately there really isn’t. But despite all of that, I do have to say that Fan Shu Chen has a good heart and is a true friend. He’s not coldhearted or has any OCD-related characteristics. He’s just a normal guy trying to build his career. And I love that he’s always looking out for his friends. 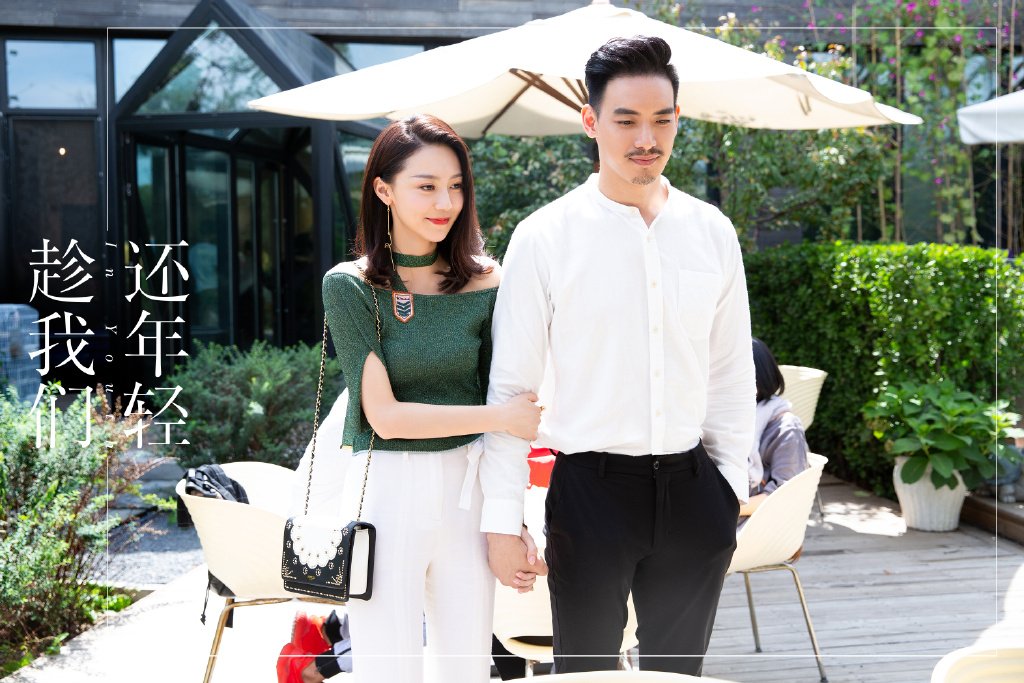 Out of Shi Wei Cong, Li Yang Yang, and Ji Xuan Li, I’d have to say I like Shi Wei Cong the least. He’s such a slob and is so unreliable. Fan Shu Chen is always there to help him or clean up his mess in life AND at work. Seriously, this guy doesn’t really has that many good traits. He is kind, funny, and can be a good friend. But that’s pretty much about it about him. In my personal opinion, he seems like man who definitely does not want to grow up. But judging from the trailers, it seems like the later part of drama will focus on his growth, so I’m hopeful that he becomes a much more mature and responsible person later on. As for Li Yang Yang and Ji Xuan Li, I quite like them both. I don’t have anything bad to say about them. I like that they’re both independent women who have strong beliefs. But while they aren’t man-haters, they don’t let men ruin their lives (at least for Li Yang Yang, and only most of the time for Ji Xuan Li).

As for Lin Zi Yu, I’m not feeling her at all. Like Fan Shu Chen, she lacks originality. Her character has been done over and over again and it’s just not interesting anymore. In my opinion, her character is pretty boring. And it doesn’t help that Qiao Xin’s not that good of an actress yet. But regardless, she is cute as Lin Zi Yu and she is able to portray the adorable and innocent role well. 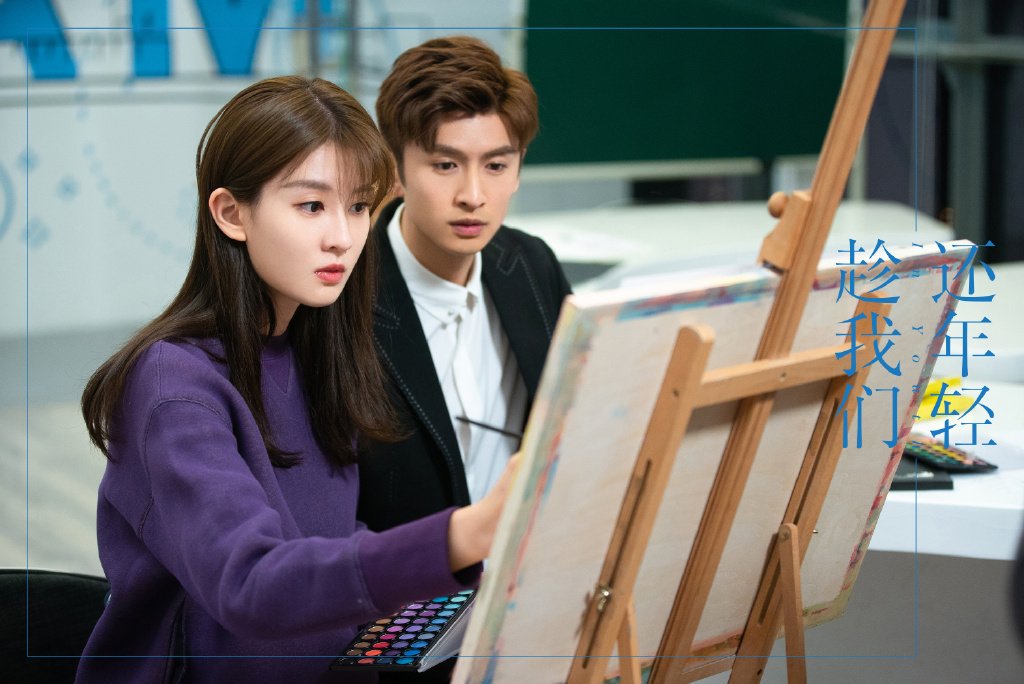 Overall, I am happy with the drama. Can it be better? Of course. But so can any other drama in this genre. I’m just happy to see a casting that I really like together in one drama. A part of me really wishes that the entire team from Jaywalk (Yang Mi, Zhang Bin Bin, Dilireba, and Vengo Gao) could be in this drama or at least make an appearance, but that’s only wishful thinking. Also, this is probably the first of Zhang Yun Long’s drama that I actually really quite. I haven’t been impressed by any of his other dramas and I kind felt bad that his dramas weren’t doing as good as Zhang Bin Bin’s. But he’s doing a good job as Fan Shu Chen in this drama, so I’m quite happy about that. Another thing that I’m especially looking forward to is Shi Wei Cong and Li Yang Yang’s romance. Liu Rui Lin and Dai Si both played lovers that couldn’t be together in Eternal Love and I was sooooooo heartbroken because of that. So, hopefully this drama will fulfill my long wish of Zi Lan and Yan Zhi reuniting and officially having a happy ending!!!

Before I finish, I just want to say that my favorite thing about this drama is the friendship between the four characters. I love that they were friends since they were kids and were able to maintain their friendship into adulthood. Not only that, but they also portray adult friendship really well. I love that they continuously mention how it’s hard to see each other and hang out because everyone’s busy working, and this is so true when you’re an adult. When you get older, your life revolves around your career and your family (if you decide to get married and have kids). And it becomes hard to hang out with your friends. But while this is an obstacle for the group of friends, they all manage to make time for each other and hang out when they’re free. That’s true friendship right there! 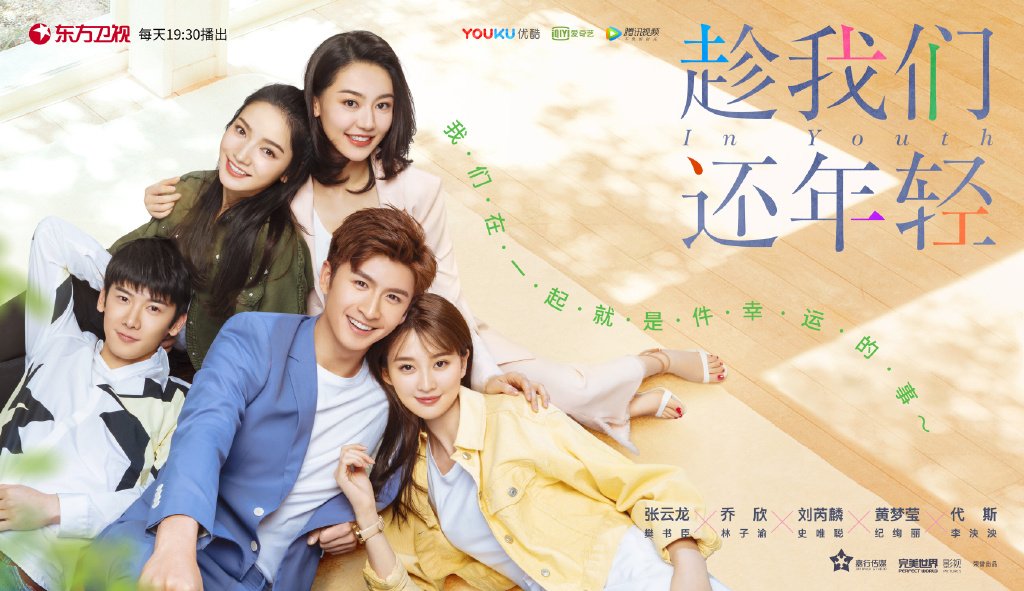