I actually found this drama by accident and decided to try it because of the crime-solving and mystery content. I am surprisingly pleased by the drama so far, though mostly because of Zhang Yu Jian!!!

And no… This drama has nothing to do with farming, despite its name. Sigh… 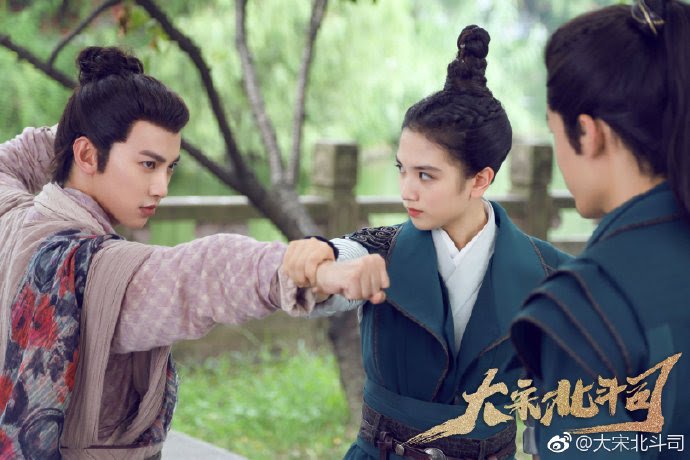 Why did I start watching this?
Zhang Yu Jian has surprisingly caught my eye with his acting recently (especially as Zhao Lan Zhi in An Oriental Odyssey). So, when I accidentally came across this drama, I decided to watch it because he was in here. Unfortunately, he isn’t the main lead and plays the secondary male lead (which I don’t know why because he’s a good actor). But whatever…

Plot
The Plough department is an elite police organization that only takes orders from the emperor. Due to their elite status, they take on the most important and special cases. Because of this, each member in the Plough Department is known to have a special ability.

The drama stars off with Yao Guang and Sui Feng solving a case about a fox demon who takes on the shape of a beautiful woman that has been haunting people. As Sui Feng lures the fox demon out, Yao Guang abruptly intervenes believing him to be falling for her trick. Her actions cause the initial plan to fail and the fox demon immediately escapes. However, she is eventually caught by the two. The truth is revealed and there was never a fox demon in the first place, but an unattractive woman who was disguising herself to fool people for their money.

Sui Feng and Yao Guang return to the capital to report to their leader, Dong Ming, about the case and are given another assignment regarding the death of an important official in the countryside. Sui Feng is reluctant to pair up with Yao Guang again due to her impulsive nature, but Dong Ming convinces him to take her because he wants him to help guide her since she is still new to her job.

As Sui Feng and Yao Guang investigate the murder case, they butt heads with a strange young man, Tai Sui, who seems to know how to create illusions. Due to his strange abilities, they believe him to be involved in the murder case and decide to chase after him. After several instances of being saved by Tai Sui, Sui Feng and Yao Guang decide to work him to solve the case, which leads them to a bigger conspiracy than they had initially thought…

And that it’s! I don’t want to spoil too much of it. Tai Sui (太岁), Xu Ke
A young man who is a skilled illusionist. After his master was unjustly killed, Tai Sui trained himself to one day get revenge. He befriends Yao Guang and Sui Feng and helps them solve a case. After helping the two, he is invited to join them in the Plough Department due to his special abilities. One of his abilities is that he has rapid healing powers. 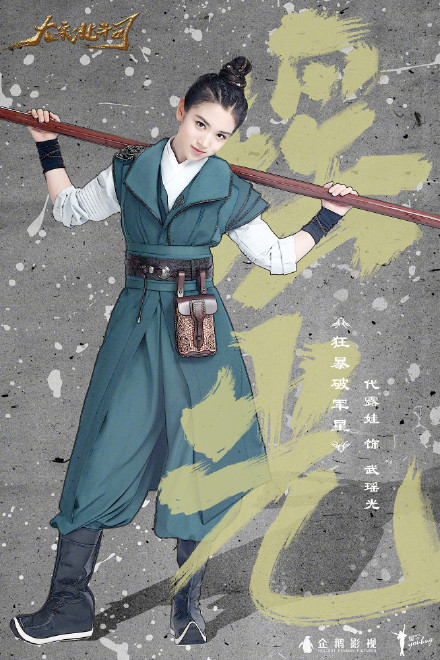 Wu Yao Guang (武瑶光), Dai Lu Wa
An impulsive girl who acts first before speaking. Because of this, the leader of the Plough Department assigns her to work with Sui Feng so that she can get more experience. She comes from a military family and ran away from home because of her father’s unfaithfulness to her mother. Her special ability is super strength. 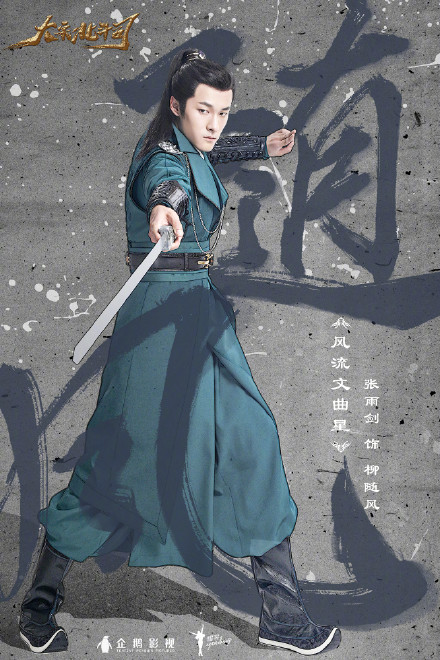 Liu Sui Feng (柳随风), Zhang Yu Jian
A man who loves to be around beautiful women. He is a natural flirt and romantic. But despite his flirtatious nature, he has keen observation skills and high intelligence that make him a good detective. 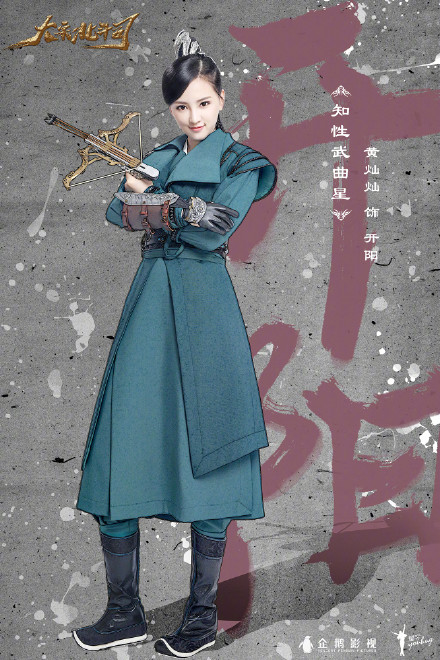 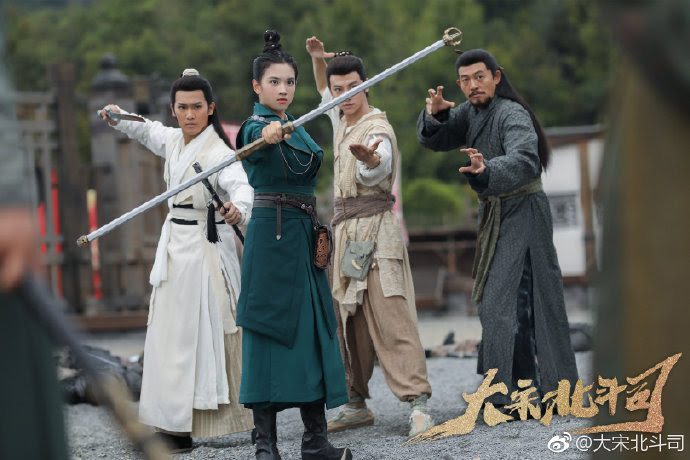 Overall Impression
I won’t lie. The drama isn’t too impressive and is not outstanding. The quality is only mediocre and the plot is quite cliché, which is expected because this is probably a low-budgeted online drama. BUT I do admit that I am quite liking it. It’s refreshing to see a new cast take on lead roles. And, while the plot is not the most “original”, I’m always up for crime solving dramas (especially those taking place in the historical periods).

One thing that doesn’t seem to work for me so far are the two leads, Tai Sui and Yao Guang. I find their characters adorable and very cute and I have nothing against them. BUT I just wish that Zhang Yu Jian was the lead character because of his experience. Compared to him, the main leads’ acting doesn’t seem to be good enough. So, it’s quite disappointing, but I’m trying to not let it ruin the drama for me.

Anyway, what I do like about the drama is that it’s about crimes, mysteries, conspiracies, and all that interesting stuff. And I also like that each member has their own sort of special ability, which sounds pretty cool. Like, I like that Yao Guang has super strength and she is very tough and has good fighting skills. Even though she’s supposed to be an impulsive and irrational character, I quite like her. I am also very, very interested in Kai Yang, who is the secondary female lead. Not much is known about her yet, but I think she might be the love interest for Sui Feng, Zhang Yu Jian’s character. So, I’m really looking forward to seeing how their relationship develops. It’ll be interesting because Sui Feng is extremely flirty and loves to be around woman and Kai Yang is the opposite, as she is reserved and quiet.

I also quite like how humorous this drama is. It’s definitely a serious drama. It’s more light-hearted and very funny, which I enjoy. I find myself laughing a lot, especially when Sui Feng is being sarcastic about Yao Guang’s personality and abilities. It’s very obvious that he finds her annoying, but enjoyable at the same time. So, I like that these two are always butting heads and arguing, but still able to remain good friends and colleagues.

So, if you’re looking for a light-hearted drama that’s not too serious, definitely check this one out. I’m going to continue to watch it for fun. Hopefully, I’ll get to see more of Kai Yang and Sui Feng’s relationship! 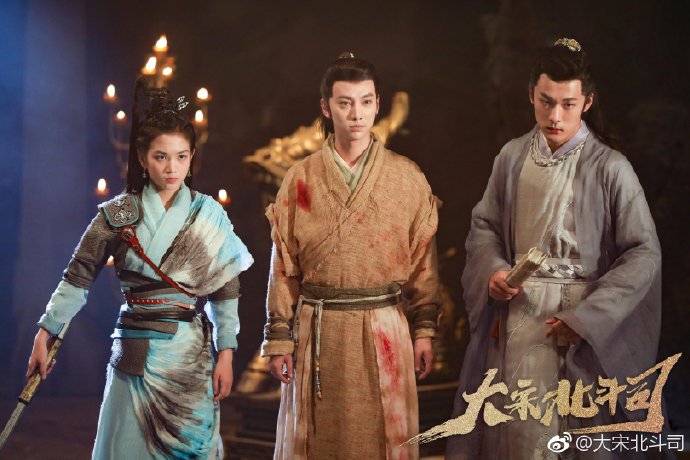