Hualan brings Minglan out to a horseback game day hosted by the Queen. Unsurprisingly, Gu Tingye also shows up. He asks the Queen to gift him something special for his future wife. Minglan tries to run away from him but he catches up with her quickly. The two speak privately and he sincerely wants her as his wife. He tells her that she is smart and courage but she has to tone down her personality because of her status and he doesn’t want her to live like that anymore.

The marriage proposal is a success as the two returns smiling with one another. Both Rulan and Minglan are preparing for their marriage. Grandma gives Minglan a few properties as Minglan’s dowry.

Finally the big wedding!! The Shengs playfully prevent Gu Tingye from entering. His party burst thro. As Minglan is about to leave with Gu Tingye, grandma cries and stop her for a little. (This part was so heartbreaking. The grandma really is the best!!).  She wishes her all the best. At the Gu family, the newlywed pays their respect to the dead parents (a direct insult to the wife that is still living).

Minglan is left in the room while Gu Tingye interacts with the people outside. Out of nowhere, a hand reaches out and she finds that hand belonging to Rong er, Gu Tingye’s daughter. The daughter wanted to see who the new wife is and she’s glad that it is Minglan. The two share food.

Gu Tingye pretends to be drunk to escape from the people. He enters the room where his new wife sits and flings her fan away to get a better view. When she tells him that she’s hungry, he immediately gets dressed and left to buy food for her. Back in the room, he shows her all his assets and properties he inherited from the Bai family. All those will be under her care from now on.

The next morning, Minglan has a hard time waking up and Gu Tingye orders the people to let her sleep, therefore the elders of the family wait while she sleeps. She rushes to greet the elders and the stepmom, lady Qin pretends to be kind while her words hold daggers making the 4th and 5th lady of the family hate Minglan for not knowing the rules. Minglan agrees to punish herself by kneeling in front of the ancestor. 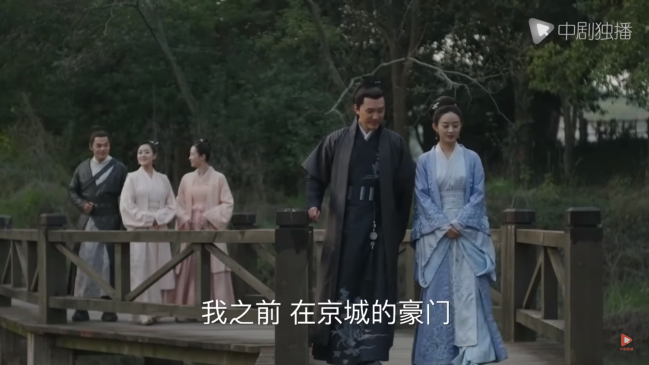 When she returns, she questions Tingye for not going to save her but he just laughs at her antics. Her way of defense is too good and he enjoys seeing his stepmom fluster because of it.  Gu Tingye shows Minglan the new house that he plans on moving out to. It’s a big manor that is close to the Gu manor. He wants to move out of the Gu household even though it is frown upon.

The three Sheng sisters return to the Sheng family to visit. Minglan, as the wife of a marquis family now, returns with much pride. Grandma Sheng is more than happy to see her precious granddaughter. While Molan is jealous and her dad reprimanded her for being to show-offish. But Gu Tingye just wants to coddle her, protect her, and give her everything he has to offer.

Minglan and Gu Tingye officially moves out of the Gu main manor and into their own. Of course, the lady Qin and the wives of the Gu family specially prepared some spies to be placed in their new house. After a long day of organizing, Gu Tingye gives Minglan the account books of lands that the emperor gave and tells her that she must get rid of the spies as soon as possible.

The next day, Minglan calls all the servants that came from the Gu family and asks them in details of their name and their history. Some of the older servants (Lai lady) are overly arrogant knowing that Lady Qin backs them up. She indirectly reprimanded the 5th lady who came to visit for being nosy. Minglan wants to get rid of all of them but she can’t without some planning.

Lady Qin comes to visit Minglan. Gu Tingye, on his way to court, u-turns thinking Minglan might not be able to handle her. But Minglan is smarter and wittier than he gives her credit for. Lai mama, however, is starting to disrupt the peace of their home by befriending other servants and badmouthing Minglan. Minglan knows this yet still give them a managerial jobs in the house. Lai mama is happy thinking that she had won over Minglan.

Lai mama is even more arrogant now that she has some power and starts to abuse her power and argue with other servants who don’t see eye to eye with her. The lady that argued with Lai mama is automatically promoted. In order to get rid of Lai mama, Minglan asks Chang momo to talk to the ladies that don’t like Lai mama to stand by Minglan’s side. Then they invited the Shen brother and sister over to witness the fight of the servants. 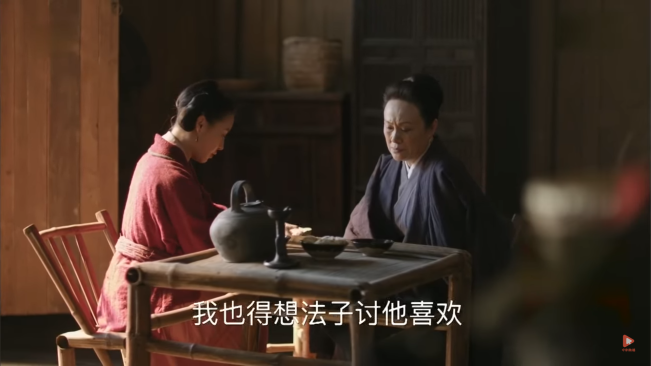 Mingyue visits her mom and they both know immediately that they are at their end of use. Mingyue begs Minglan to let them go. She wants to take her mom and return to their hometown. Minglan wants to ask Tingye to retrieve Mingyue’s contract from Lady Qin. He jokes with her about asking too much and she immediately says she’ll do it herself. He was just joking but she doesn’t want to trouble him. Once he leaves, she tells her servants that she can’t always rely on him and give him trouble. He cares for her now because they are newly wed but one day, he might not like her anymore, and then she will have to rely on herself. Gu Tingye doesn’t know how to convey his sincere feeling for her to make her trust him more. Minglan sets off to visit the lands that the emperor had given while Gu Tingye goes off to look for his son. In the first site that she visited, the managers look down upon her because she’s a woman. In the name of benevolence, she wanted to give money to every household as a gift and asks them to come to her. That way, she has a clear understanding of the population in the area and not rely just on the account book.  Just like that, she was able to clean up the account book at that site and get rid of the managers for embezzlement.

BTS of Cao Cuifen who plays Old Mrs. Sheng in the drama.

Chexmix: This drama is almost done airing! (yet i’m still only recapping their wedding…sorry) This Friday marks the final episode! so quick. I really like this drama so far. the ups and downs make it such a thrill to watch. and their dialogue is surprisingly very interesting. so many embedded meanings.