List of dramas that are tentative to air in February. This list will be updated as more dates are announced. 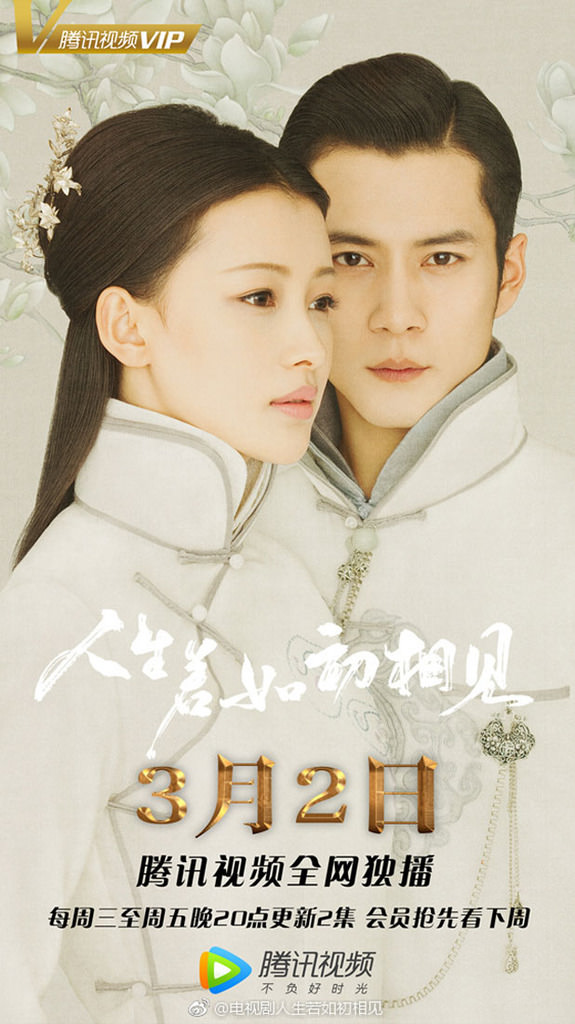 Only Side by Side with You starring William Chan, Bai Bai He, etc. will start airing March 25th on Jiangsu and Zhejiang TV. Viki has also licensed this drama.

I noticed that some historical dramas have been sold to online distributors when they were initially purchased by networks and I think this could be one of the first effects from stricter SARFT regulations regarding historical dramas.