Where to Watch: Raw | Viki

In 464, Liu Ziye ascended the throne becoming a brutal ruler of the Liu Song dynasty. A leading secret organization wants to overthrow Liu Ziye and they decide to replace his sister, Princess Shanyin, with their disciple, Zhu Que (Guan Xiao Tong). There she meets the princess’s companion Rong Zhi (Song Wei Long), who is actually a spy from Northern Wei. They grow closer but their opposing goals hold them back. During the rebellion Liu Ziye and the real princess are killed. Both RongZhi and Zhu Que lose their memories. Some time afterwards, Zhu Que is sent to their neighboring country, Northern Wei to marry the prince who turns out to be RongZhi.

Zhu Que seeks out Tian Si and finds out that his master prophesize Rong Zhi to be a harm in the future and wanted to kill him, but was saved by the princess. His master and Rong Zhi then made an agreement that unless Rong Zhi can defeat him, he would have to stay with the princess forever. (Since his master has died, Tian Si will be carrying out the agreement)

After the the conversation with the emperer Zhu Que starts to hesitate if she really wants to kill him. Through a talk with Rong Zhi she realises that she doesn’t want him dead and there could be other ways to solve the problem. She keeps this decision from Fen Dai. Zhu Que then enters the palace, she uses a story as a way to persuade the emperor to be a better emperor.

Mo Xiang reports to Rong Zhi about Zhu Que studying about pervious emperors until late night. Afterwards Mo Xiang sees Fen Dai let out a pigeon. The following day Zhu Que starts to lose her voice, Rong Zhi arrives and check up on her. He tells her to rest her voice for a few days or she might lose it for good. 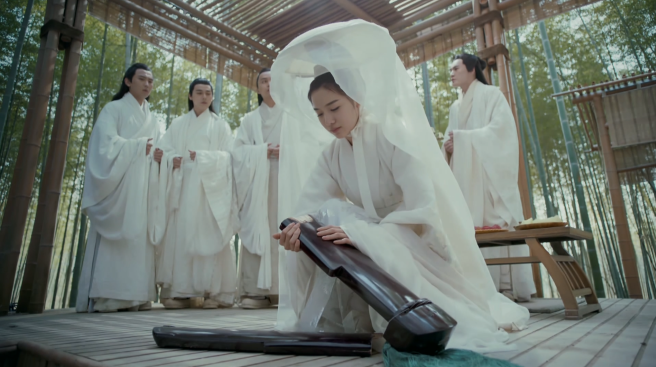 Zhu Que hosts a party inviting all the noblemen hoping to gain their trust and support. She requests Rong Zhi to dance and enters after he finishes. As soon as shes there Xiao Daocheng starts a qurrel with her. Zhu Que states that although his technique is one of the best, there is no emotion. After he leaves Zhong Niannian arrives, she is said to be the prettiest in the world. She is the owner of the zither and will marry whom ever brought it. Zhu Que declines, Zhong Niannian tells her that she will leave the city and leaves. Seeing her leave the other men leave as well. Instead of gaining their trust Zhu Que gains more enemies.

Fen Dai finds out about what Zhu Que has been up and wants to report it to their sect master. Zhu Que begs her not to and to give her a chance to prove her plan. Zhu Que finds Rong Zhi using the broken zither to cook, he gives her a plate of meat and she tells him why its so salty. He tells her that because he tried too many posion when he was young so his taste buds are different from others. After their conversation Rong Zhi tells Mo Xiang that he is certain that Zhu Que isn’t Chuyu and reveals that their purpose is to disrupt the government. 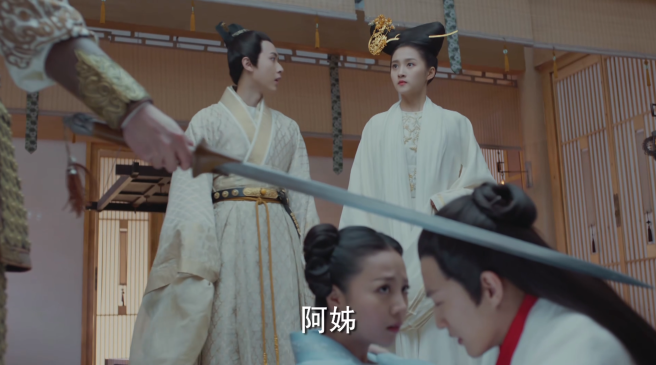 Zhu Que is given 10 more days to kill the emperor. Mo Xiang is captured by the emperor’s guard having caught him eavesdropping. The emperor wants him killed but is protected by Zhu Que. She questions him what happened to his promise of not killing innocent people, he tells her he’ll think about it and leaves. Afterwards Rong Zhi arrives and comforts Zhu Que but Huan Yuan tells her to becareful of him. 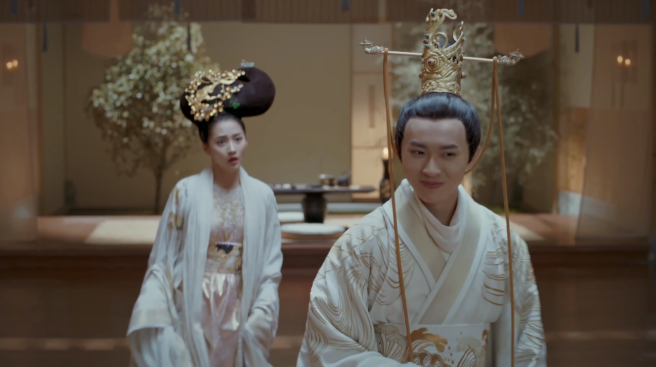 Zhu Que enters the palace and warns the emperor one last time not to kill innocents or she will never see him again. At this time his 9th uncle arrives and the emperor accuses him of wanting to overthrow him so the emperor locks him up too. On her way out Zhu Que kidnaps Tian Si and shows him that people are selling their kids for food. Using this she tries to persuade him to help her once again but he refuses and leaves.

The emperor’s 9th uncle escapes prison and tries to run away. Due to this no one is allowed to leave the city. Zhu Que finds out that Tian Si has gone missing and needs to go out to look for him, the security guard warns her she might be blamed if anything happens but she still leaves. On their way out they knock over Xiao Daocheng’s carriage, which also carries the emperor’s 9th uncle.

iiangelx3:  Time is running out~ I wonder how the emperor will die. At this point I would of given up on trying to change the emperor and just kill him instead if I were Zhu Que. Anyways the scene where RZ comforts ZQ is so sweet ❤ I was smiling like an idiot.

View all posts by iiangelx3