I added anyone that came to mind but I could have missed some. Some are already big names while others are just starting out. The bottom line is that you will be seeing a lot of these ladies in the upcoming years.

She debuted in 2010 and has received a lot of critical acclaim. I would say she is better known as a movie star with a lot of popular movies while Sparrow is her best known TV work. She was also named as one of the Four Dan actresses of the post-90 generation.

Zheng Shuang made her debut in 2009 with Meteor Shower, a remake Meteor Garden. The drama was a big success and she shot to fame. She is a busy TV actress, often releasing two to three dramas per year. She was also named as one of the Four Dan actresses of the post-90 generation.

YangZi started her career as a child actress in 1999, but it was her role in Home with Kids (2005) that made her popular. She had a good transition into more grown up roles with Battle of Changsha and Ode to Joy, which were well received critically. Yangzi is another one of the Four Dan actresses of the post-90 generation. 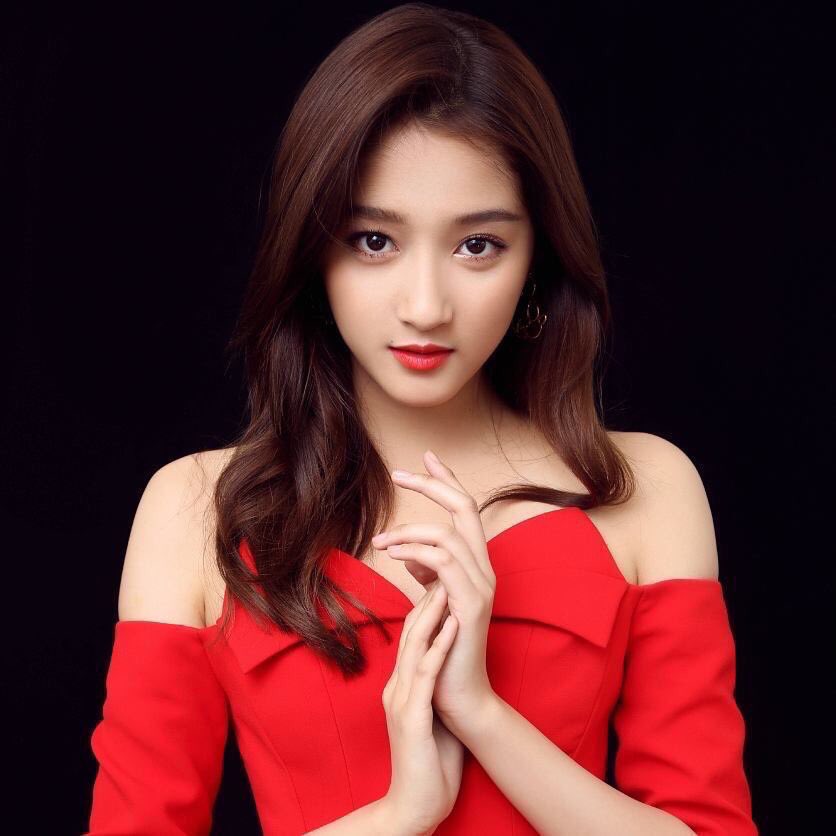 A child actress since the age of four, Guan Xiaotong grew up in the entertainment business. She appeared in many dramas and movies throughout the years landing her first adult leading role with Novoland: Castle in the Sky in 2016.  Due to her popularity Guan Xiatong is regarded as one of the Four Dan actress of the post-90 generation.

Best known for her role in the movie, The Mermaid, which was also her acting debut. The movie was a great success and launched Lin Yun to fame. She has had supporting roles in other popular movies and will make her TV debut in 2018.

She made her acting debut in 2013, but rose to fame in 2014 with supporting roles in Sword of Legend and Diamond Lover. This led her to get some lead roles in TV dramas and movies. But she is perhaps best known for her role in Ten Miles of Peach Blossoms and the variety show, Keep Running.

Nazha made her acting debut with Xuan Yuan Sword: Scar of Sky in 2012 and rose to fame with that role. Since then she has taken various TV and movie roles. She is also known for being a cast member in Up Idol and Divas Hit the Road.

Li Qin debuted very young with The Dream of Red Mansions in 2008. She has had many supporting roles and some leading roles over the years. In 2017, she participated in Deer White Plain, which was critically acclaimed and for which Li Qin was praised for her acting. That same year she had a second lead role in Princess Agents, which was very popular. The future looks even better with three leading roles set to air in 2018 and a supporting role in Ruyi’s Royal Love in the Palace.

Wu Qian debuted in 2014 in Heroes of Sui and Tang Dynasties, but she is best known for her role as the young Zhao Mosheng in My Sunshine. Over the years she has had some other known roles in Fighters of Destiny and My Amazing Boyfriend. This year looks promising with some leading roles set to air in 2018 and a supporting role in Ruyi’s Royal Love in the Palace.

She started her career as a child actress in 2005, but it wasn’t until 2011 when she obtained popularity with her supporting role in Empresses in the Palace. She had many supporting roles until her first leading role in 2016, With You, which was critically acclaimed. Last year, she had some breakthrough with youth dramas, Fox’s Summer and My Mr. Mermaid.

Sun Yi debuted in 2015 with the film My Original Dream, which was critically acclaimed. She was casted in various supporting roles, but only gained widespread popularity with her drama Because of You (2017). In 2017, she married Dong Zijan and later in the year welcomed a baby girl. 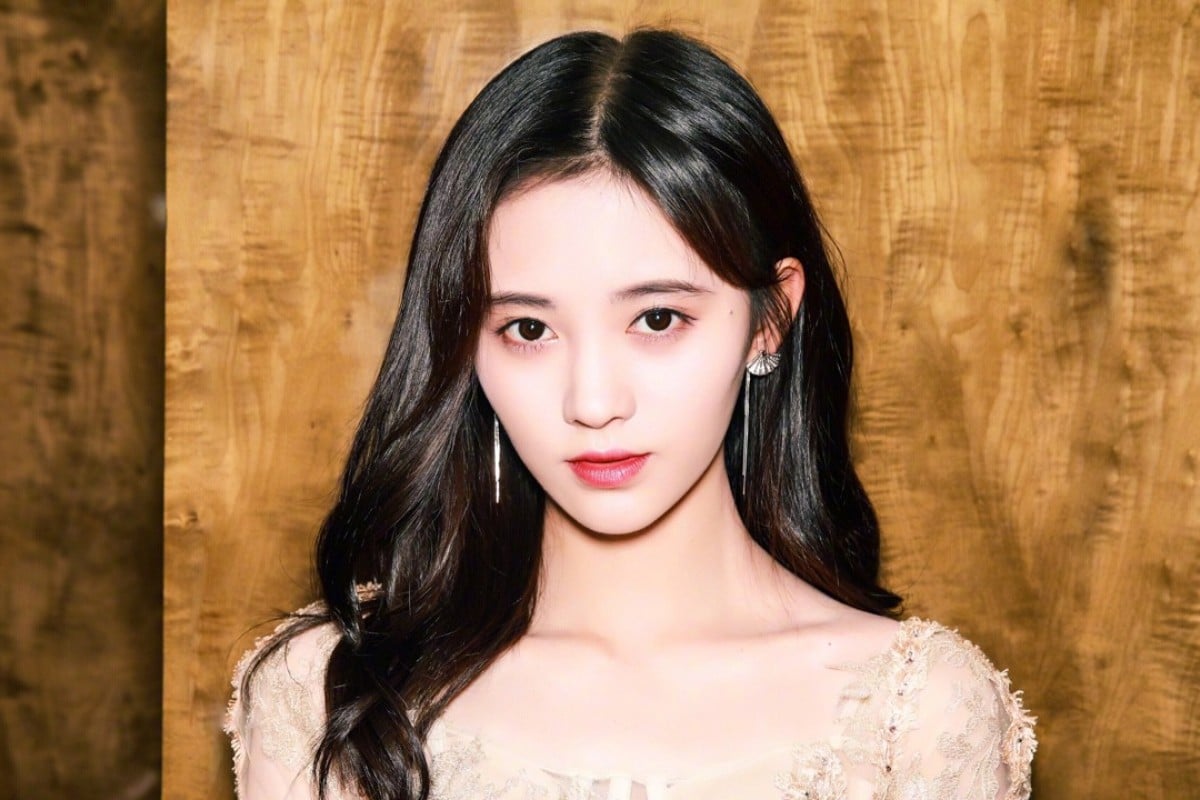 An ex-member of SNH48, who rose to fame as a popular member of that group. She made her acting debut in Novoland: Castle in the Sky in 2016. She is having three dramas debut in 2018 playing the lead role.

NaNa was born in Taiwan to veteran actors. She is very musically talented and in 2012 became the youngest cellist to give a solo recital debut in National Concert Hall of Taiwan at twelve years old. She made her acting debut in Beijing Love Story in 2014 and has since released at least one movie per year.

A former child actress Song Zu’er debuted in 2005 when she was only seven years old. She became known with her role in the drama Prelude of Lotus Lantern in 2009. After that she took some time off acting until 2017 with youth drama Boyhood and variety show Divas Hit the Road. She has a lot upcoming dramas so you will be seeing a lot of her soon.

She made her acting debut in 2016 with a lead role in Demon Girl. But she is perhaps best known for her role as Hang Rong in a remake of The Legend of the Condor Heroes that aired in 2017. 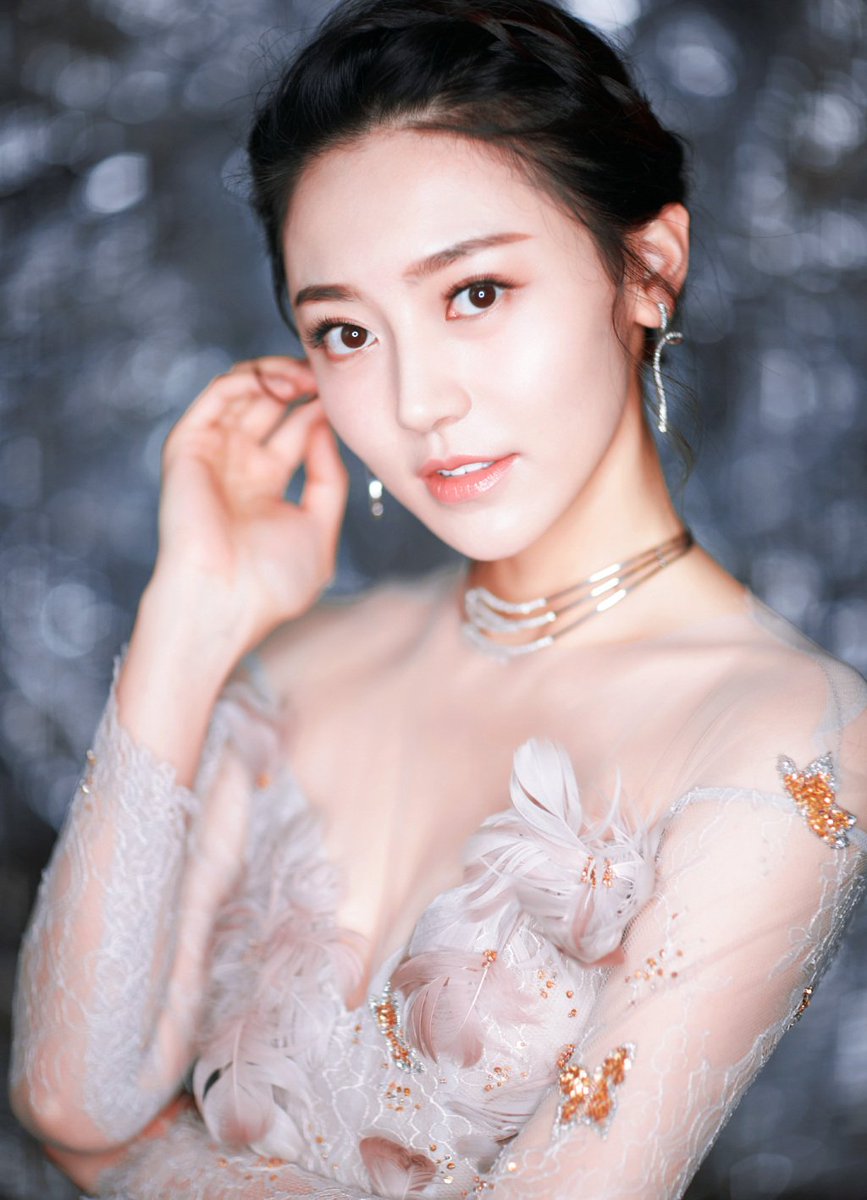 She made her acting debut in 2013 with A Clear Midsummer Night. But she became well known with her role of SuJin in Ten Miles of Peach Blossoms in 2017. After that she had several supporting roles playing the villain on hit dramas that aired in 2017.

Her first drama was actually Detective Dee, but it didn’t air until late 2017. She is best known for her role as the Demon Tribe’s princess in Ten Miles of Peach Blossoms. She has some upcoming dramas in 2018 including a leading role.

Chen Yao made her debut with Wu Xin: The Monster Killer in 2015. This role gained her some recognition. She then played the main character in Legend of Nine Tails Fox. She has some upcoming dramas that are set to air in 2018. 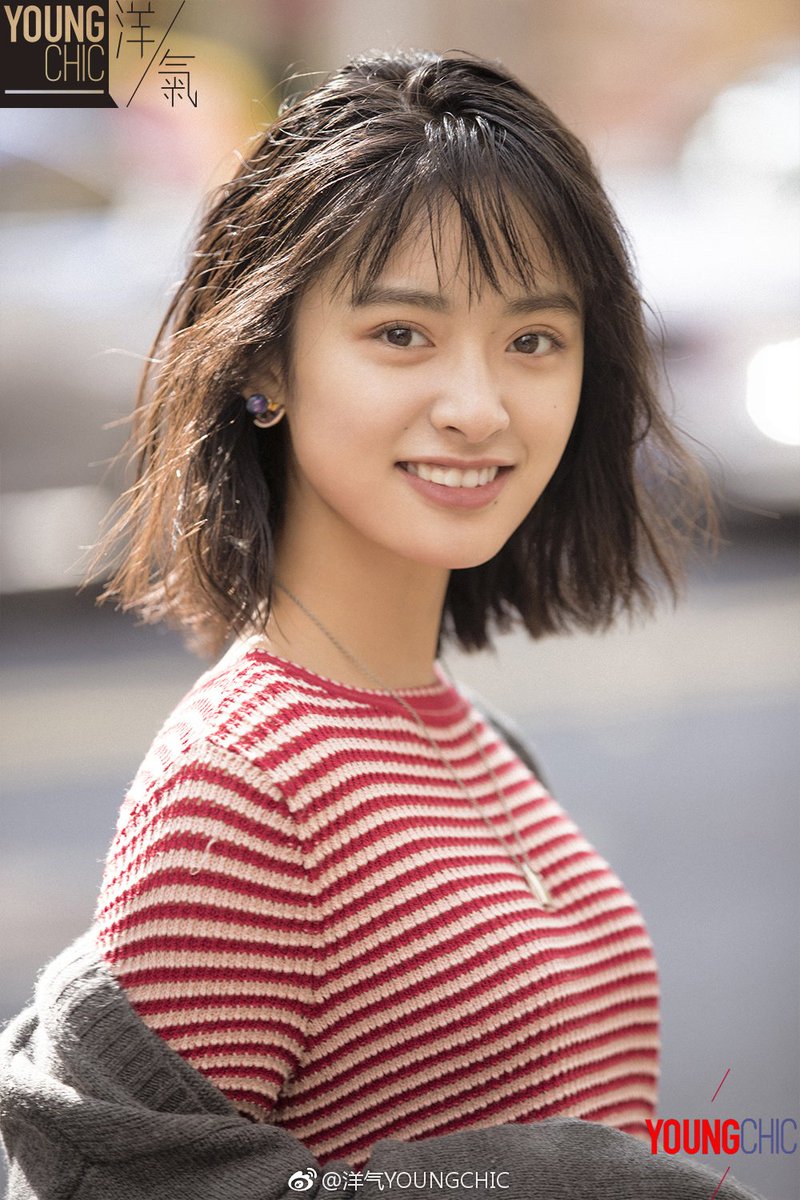 Shen Yue had her debut in 2017 with a supporting role in a drama called The Autumn Harvest Uprising. She rose to fame later that year with her leading role in A Love So Beautiful. She was also casted as the lead actress in the remake of Meteor Garden.

She debuted in 2013, but rose to fame with her main role in the very popular drama, The Whirlwind Girl. She had several roles in known dramas and has a lot upcoming dramas that are ready to air in 2018.

In 2015, she participated in a Hunan variety show, Freshman, about university students learning how to act, sing, etc. In 2016, she filmed a movie, Nezha, opposite Leo Wu that has yet to air. She finally debuted with a supporting role in The Whirlwind Girl 2, but only became known after playing the lead character of the popular web drama Master Devil Do Not Kiss Me.

She began her career in 2003 as a child actress in the drama, Yong Le Ying Xiong. Since then she has had supporting roles on shows such as The Romance of the Condor Heroes, Love Yunge from the Desert, Fifteen Years of Waiting for Migratory Birds, and both seasons of The Whirlwind Girl. Her first leading role was in a web drama When We Were Young (2017) and she has more upcoming dramas for 2018. 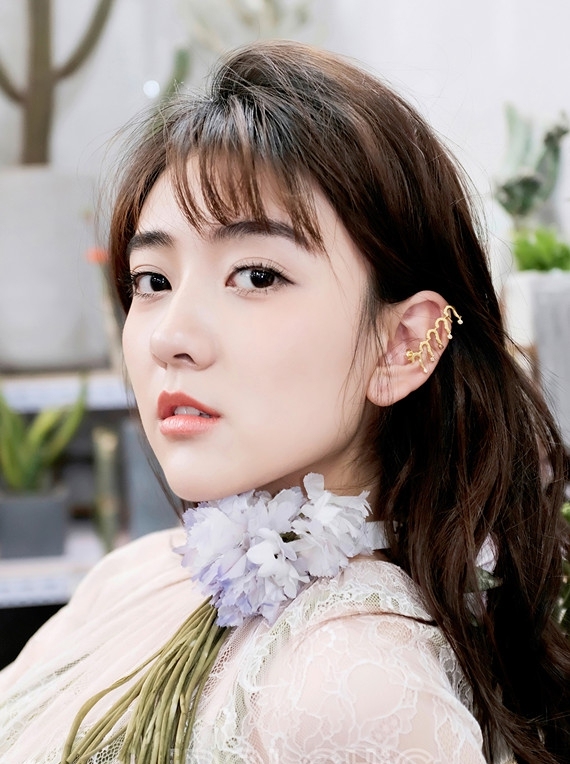 She debuted in 2015 with a supporting role in the drama My name is Liu Chuanshuo. She had several supporting roles but only became known after her popular web drama, The Eternal Love where she played three different characters. Right now she is filming a sequel to that drama.

Edit: I already had to add someone I forgot. I don’t even know how I forgot about her.

She debuted in 2013 with Distance to Love, but is best known for her role in Ode to Joy. I think she will probably be able to add Nirvana in Fire 2 very soon. She has a main leading role coming up in 2018.

Thanks to Katy for reminding me of these ladies:

She debuted in 2014 with the movie Coming Home. She was highly praised for her performance in this movie. She is mainly a movie actress but she did have a supporting role in Nirvana in Fire 2. 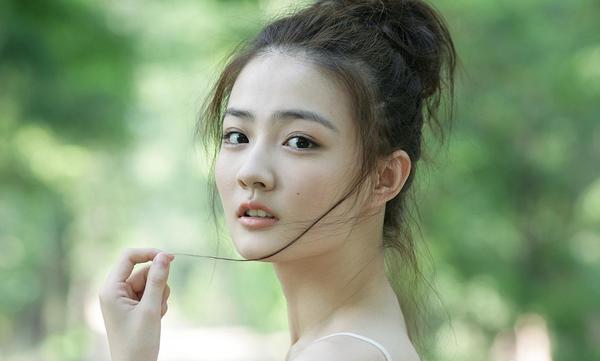 She debuted through The Dream of Red Mansions in 2010, but became well known with her role in Empresses in the Palace. She is also known for participating in the Chinese remake of We Got Married. Last year she played a supporting role in Tribes and Empires: Storm of Prophecy. 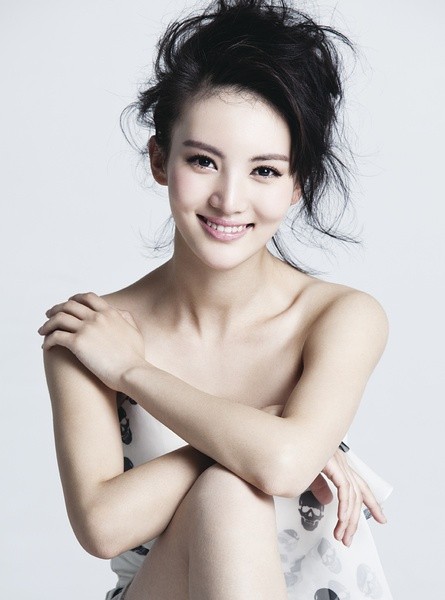 She debuted in 2011 with the drama Peacock Feather. But she is best known for her role in the web drama Wuxin: The Monster Killer. She also had supporting roles in some somewhat popular dramas.

Xu Jiao made her debut in the 2008 movie CJ7 playing a boy and won the Hong Kong Film Award for Best New Performer. This ceremony is Hong Kong’s equivalent to the Oscars. Since then she had many film roles and a drama role in Ice Fantasy.

I usually associate her with older actresses so I was surprised that she was born in 1990. Thanks to Lilac for pointing it out.

She debuted in a short film with Kim SooHyun in 2009, but didn’t gain recognition until 2015 with the web drama Go Princess Go. She has appeared in several movies after that, but I would say that still is her most memorable roles. She has a lot of dramas awaiting release in 2018.

Former JYP trainer that made her acting debut in 2016 with Topple Your Ex-Girlfriend. Right now she is probably best known for Where the Lost Ones Go, a drama that aired in Hunan TV last year but overall it wasn’t that popular. She is part of the ensemble cast of Mr.Right, which is currently airing.

Debuted in 2016 with My Fair Lady, but is probably best known for the youth drama Attack it Lighting. That being said the drama was not that popular.

Debuted in 2013 and had several supporting roles in dramas and movies until her best known drama Ten Miles of Peach Blossoms in 2017. She has some upcoming dramas this year such as The Negotiators with YangMi.

I got the idea for this post from this article but I ended up adding more girls and doing a more general review.  ^^ I am not taking any more requests, let’s leave it like this if more ladies start having hits we can do a new feature.

P.S. I think I am having a problem with some pictures so if you can’t see them please let me know.

55 thoughts on “[Feature] The Next Generation: Actresses born in the 90’s”