The Game Changer released its first poster [scroll some more :]. This film is the first of a trilogy (about the Shanghai Bund’s wildness). Through a series of stories, the worldview and game rules of Shanghai Bund’s gangs will be revealed. The movie version will be the center, there will be products in other areas i.e. comics, games, and online dramas. The online drama has already started filming! The production team of this film is American (from Hollywood) with the expectation that this movie will be released in North America. The Gamer Changer stars Huang Zitao, Peter Ho, Gulinazha, Wang Xueqi, and Choo Ja-hyun. The director is Gao Xixi whose last film was For Love or Money starring Liu Yifei and Rain. 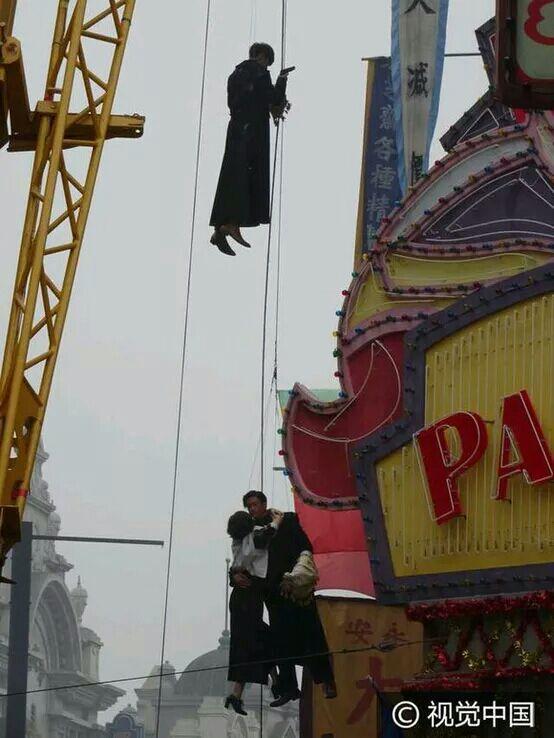 Hide and Seek held a press conference. Leads Wallace Huo and Qin Hailu attended. This movie is to be released November 4th

Beauty Private Kitchens will finally air (after a three year delay) on November 11th. It will broadcast on Anhui and Zhejiang TV, 2 episodes daily. It stars Zheng Shuang and Ma Tianyu

Yang Yang (at a promotional event for a beauty product)

Angelababy‘s baby belly! She is speculated to be around 4-5 months pregnant

Lastly, the new episode of Takes a Real Man (subbed):

View all posts by victaorious